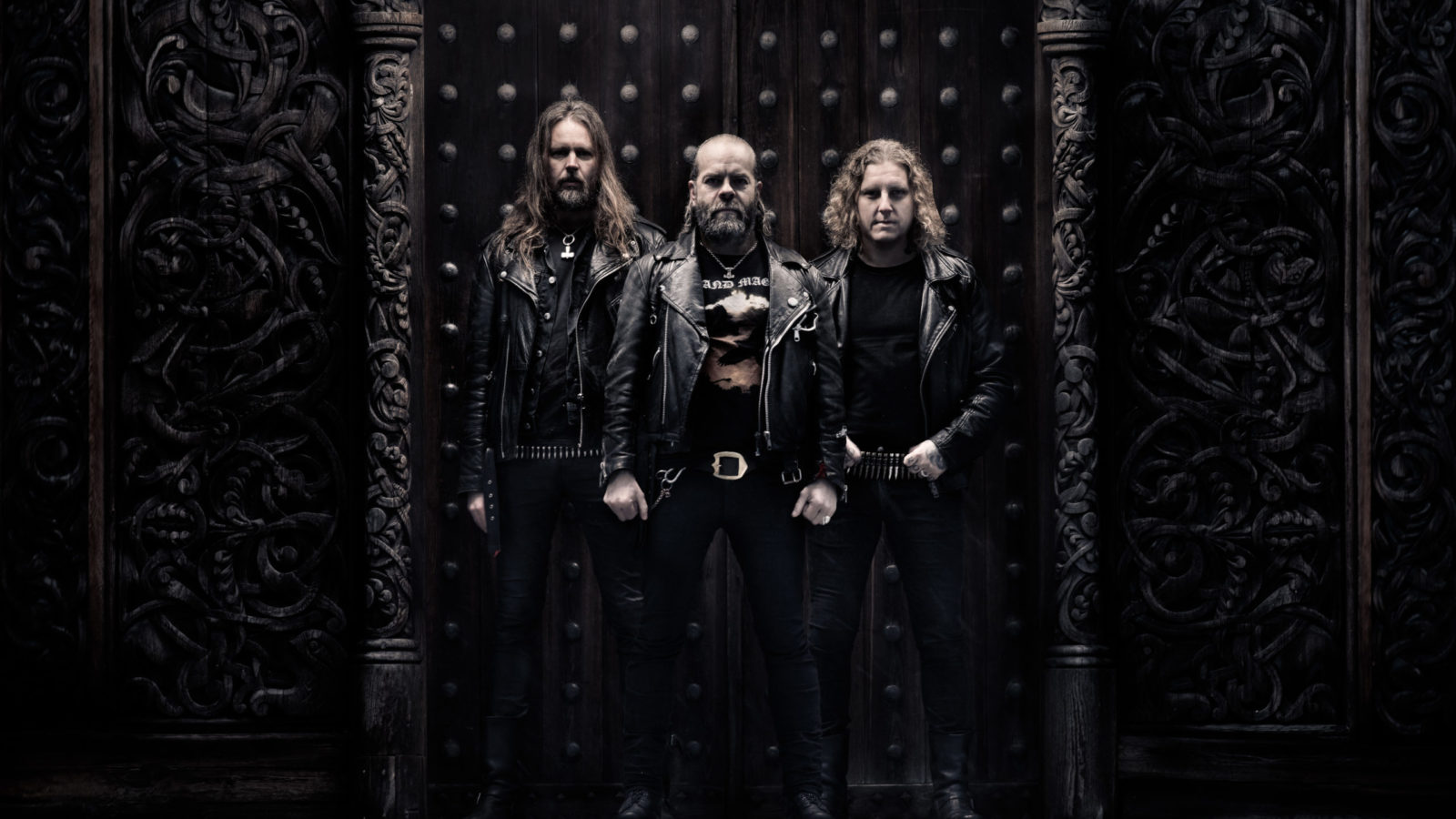 You know what to expect when a band uses Priest’s Metal Gods as an intro tape. We’re talking heavy metal. Or HEAVY FUCKING METAL to be precise. (Actually, that’s not strictly true: occasionally weedy little metalcore acts use such gambits in the hope of securing metal cred by association, but I digress.)

These days, the genre has spun off in multiple directions, which is no bad thing when it comes to keeping metal alive. But now there’s the danger of leaving a void at its centre. While everyone still worships the likes of Judas Priest, Black Sabbath, Saxon and Dio, comparatively few acts who debuted in this millennium stand up for old-school, air-punching, denim’n’leather, bullet belt metal values from the era before thrash introduced the first fissure. Most Viking berserkers, for example, now incorporate Nordic folk music or black metal influences. Not Swedish trio Grand Magus. You want more potatoes with your meat (or healthy soya substitute), sir or madam? You got it. This is music for people who still wear patched denim cut-offs, which are on display in abundance tonight. Those hipsters who cling to metal’s fringes will find little purchase here.

New album Wolf God – Grand Magus’s ninth, remarkably enough – sounds much the same as its predecessors, such is the band’s consistency. They kick off with its suitably thunderous title track, bassist Mats ‘Fox’ Skinner contributing an impressive lupine howl, and don’t let up for a full 90 minutes with a chugging metal sound so big that you’d swear there were more of the blighters on stage. Guitarist/vocalist JB contributes plenty of melodic runs and the occasional Halford-esque falsetto, while drummer Ludwig Witt batters seven shades of shit out of his kit.

Grand Magus aren’t the kind of band to let us down, either. Sure, there are punters who shout for obscurities, but generally they play everything we want to hear, more or less in the order we want to hear it. These are songs whose choruses are bound with giant rivets and boast equally study titles: Iron Will (brilliantly pronounced “I-Ron Will”), Kingslayer, Steel Versus Steel, and so on. It’s not hard to detect the influence of Judas Priest, Manowar and even a dash of UFO, but this is never so overpowering as to make Grand Magus sound derivative.

The occasionally long pauses between songs and introductions also encourages good-natured heckling from this boisterous audience. “This song is about someone who feels no love or remorse,” announces JB portentously. “Boris Johnson!” shouts a wag, quick as a flash, prompting peels of laughter. “I won’t let you hijack my show,” chides JB good-naturedly, after he recovers his composure.

There’s plenty of audience participation too. We all caw along with the intro to Ravens Guide Our Way. Then: “Where do we go when we die?” demands JB. I’m pretty sure it’s the crematorium, but like everyone else I’m going to go with Valhalla, which turns out to be the correct answer (cue: Valhalla Rising). And by the time Grand Magus get to mandatory final encore Hammer of the North, the mighty singalong continues even as they leave the stage.