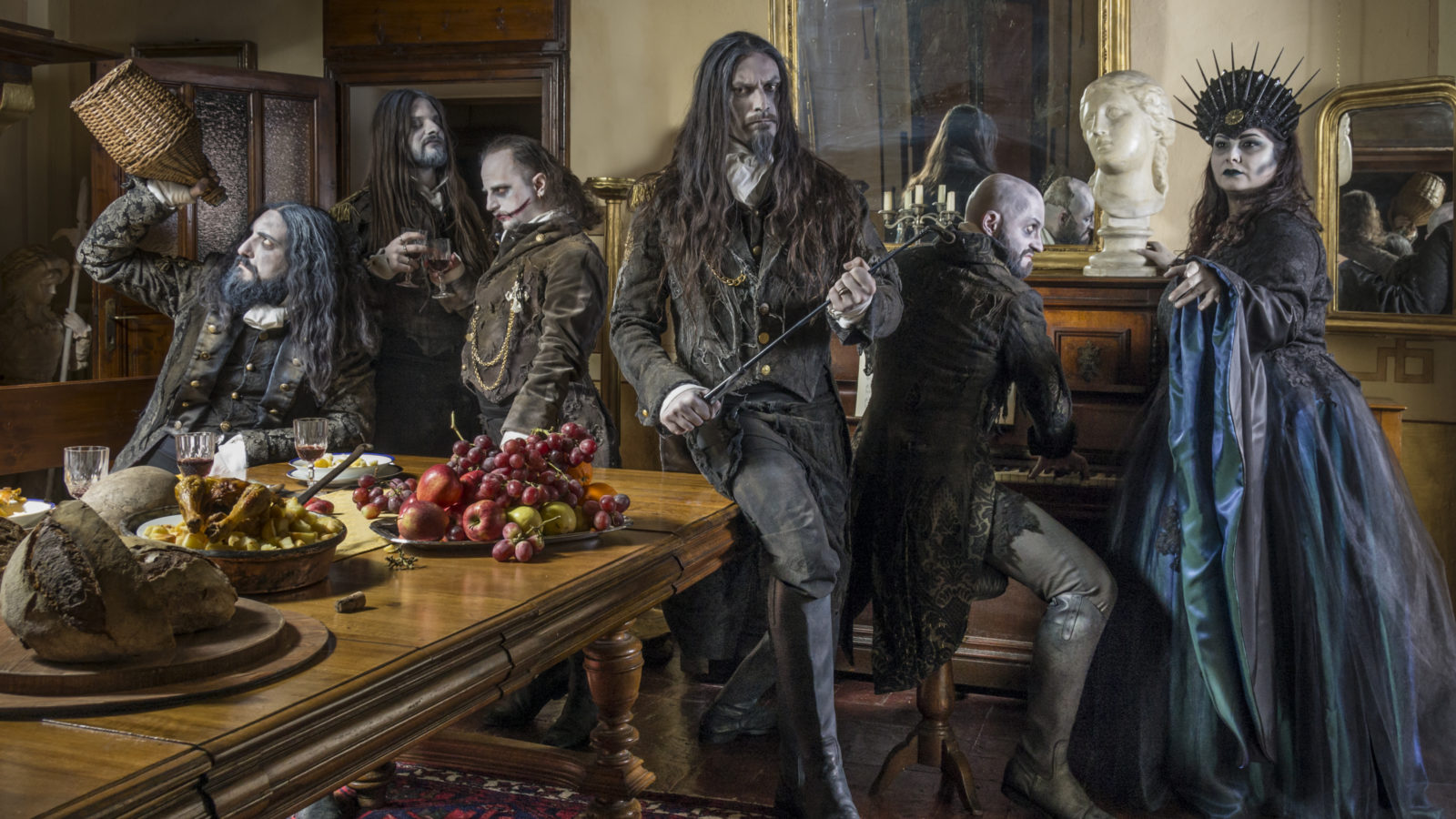 There aren’t many death metal bands who’d conclude a show with a piano solo. But there aren’t many death metal bands quite like Perugia’s never knowingly understated Fleshgod Apocalypse, for whom restraint is an alien concept. Why play run-of-the-mill technical death metal when you can add grand orchestrations, an operatic soprano and matching steampunk costumes? And do it all on a club-sized budget, squeezing the whole thing onto the Fleece’s stage?

Veronica Bordacchini arrives first, looking every bit the diva in her striking headgear as she takes a bow and walks serenely to her podium at the back of the stage. Then the others turn up, still rocking the dissolute 18th century noblemen look, except for pianist Francesco Ferrini – the talented chap behind all the orchestrations – who prefers to go full Nosferatu. Visually, they wouldn’t be out of place at a Whitby Goth Weekend. But for those of us who enjoy the aesthetics of goth while finding the music itself unutterably dreary, the Fleshgod onslaught is a much more palatable (and deafening) experience.

There have been some line-up changes since FA were last here four years ago. Indeed, tonight their latest drummer is playing his very first gig. But they’re ferociously well-rehearsed, as they need to be to pull off this complex music successfully – which is particularly impressive given that Francesco Paoli has switched from drums to guitar and vocals. Poisoning-fixated new album Veleno yields the likes of the brutal, addiction-themed Sugar, which has everyone chanting along with its “Push! Push!” chorus. They also draw on the catalogue for some of the most overblown songs in their repertoire. The epic Cold as Perfection from King reeks of putrefaction and death, while this reviewer’s fave, Minotaur (The Wrath of Poseidon) from the Labyrinth concept album, goes full-throttle with three-part death metal vocals topped by Bordacchini’s soaring soprano. It’s as though they turned up with everything but the kitchen sink and then decided this was insufficiently excessive so sent a roadie out to strip the kitchenware department of the nearest B&Q.

As usual, Ferrini is obliged to play his upright piano (you can be sure it would be a grand if he could have crammed one into the tour bus) with his back to the audience for most of the evening, so one can hardly blame him for bounding to the front of the stage to soak up applause every so often. Shame, though, that they have to rely so heavily on backing tapes for his orchestrations, while the US leg of the tour features a full string quartet.