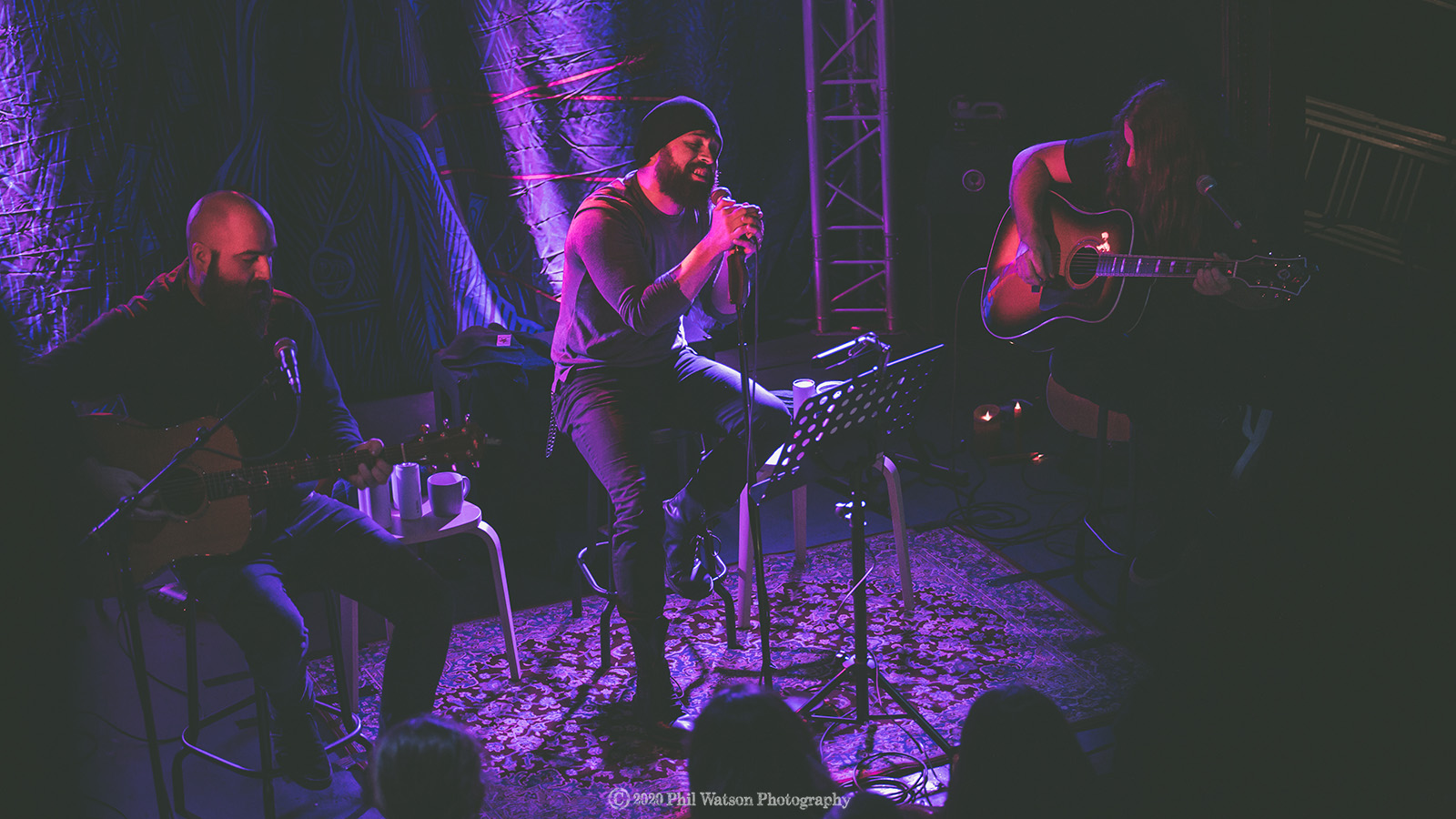 This mellow acoustic start to a rockin’ 2020 opens with the headliner’s childhood chum Ben Jordan (“I’m super-awkward and I stutter a lot”) playing a set of agreeable and mellifluous if hardly groundbreaking melancholia-tinged Americana. 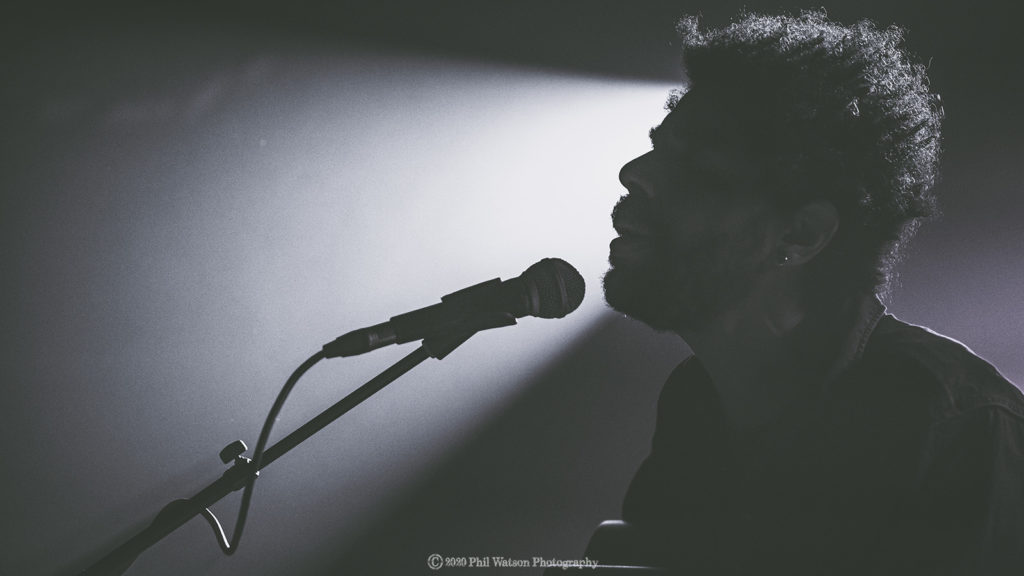 He’s an engaging performer with a warm voice, perhaps a little hampered by having to perform his songs solo. “There should be a pedal steel here so you’ll have to imagine that shit,” he remarks at one point. 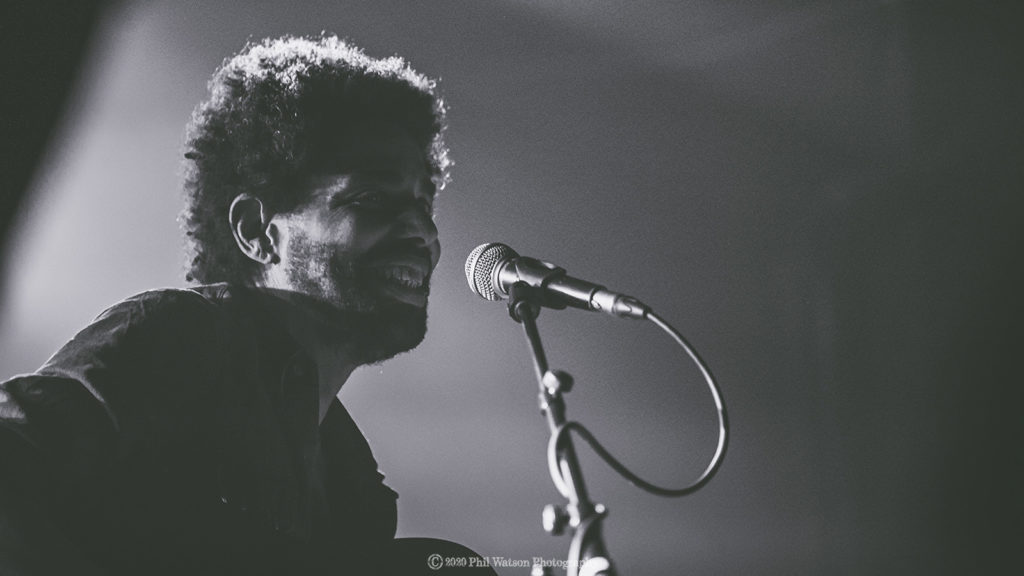 For the big finale, he’s joined by Mark Morton’s co-guitarist Joe Harvatt for a cover of Temple of the Dog’s great Hunger Strike. This might have worked a little better if someone had remembered to plug in Harvatt’s guitar. Still, such glitches are only to be expected on the first night of a tour and the situation is swiftly remedied. 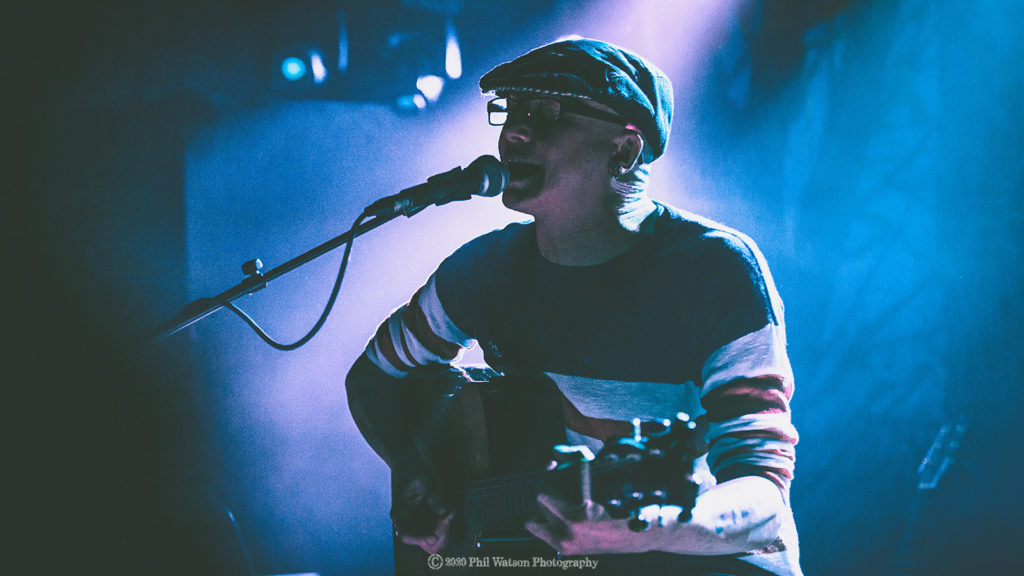 Dave McPherson has clearly taken some refreshment prior to boarding the boat. There’s almost as much banter as there is music in the InMe frontman’s shambolic performance, ranging from anti-Boris political invective (“I work for the motherfucking NHS!”) to incomprehensible stream-of-consciousness bollocks. Along the way, he manages to break a guitar string and improvise a song about Brexit. (It’s shit, apparently, and those who voted for it are racists. Who knew?) 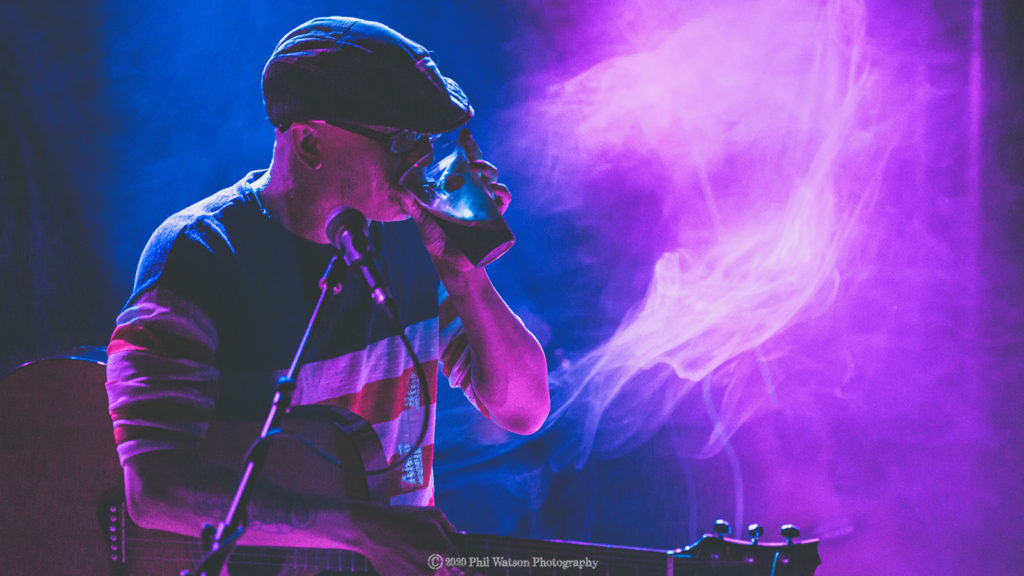 McPherson’s songs are certainly bracingly unconventional, if somewhat overwrought, but his voice remains very much an acquired taste. In the upper registers he gives a fair approximation of the sound Bart Simpson makes when he’s being throttled by Homer. 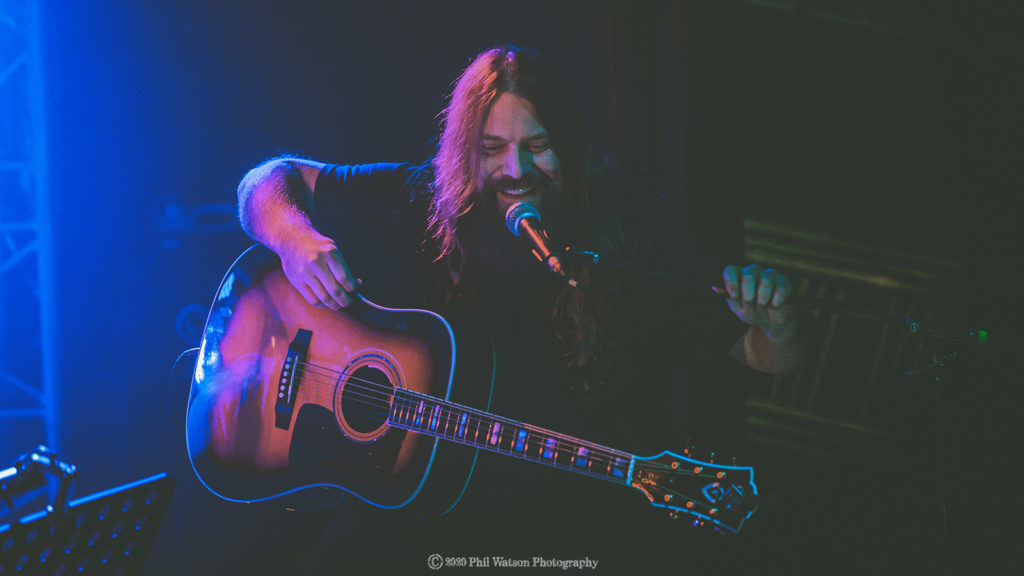 We’re used to seeing Mark Morton hair a-flail as he rocks out with Lamb of God, one of the world’s loudest metal bands. Like many a metaller (Exhibit A: Devin Townsend at St. George’s last year) he confesses to feeling much more nervous when metaphorically naked, seated on a stool clutching an acoustic guitar, than he does while shredding in front of thousands. But he’s also in a jolly mood, having just been told that what he refers to as “my other band” have sold out their Bristol Academy show in April. 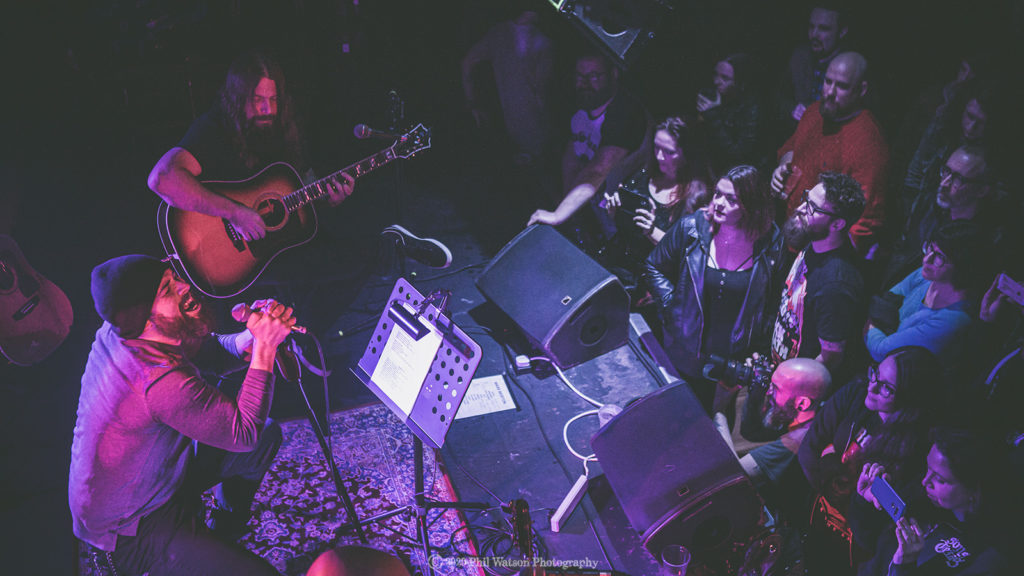 The stage has been dressed by Morton’s mum (i.e. a handful of flickering electric Christmas candles), with a nice carpet and some stools hastily purchased from IKEA, and he’s joined by Harvatt as his guitarist foil/occasional harmony vocalist and Mark Morales from Sons of Texas on vocals. 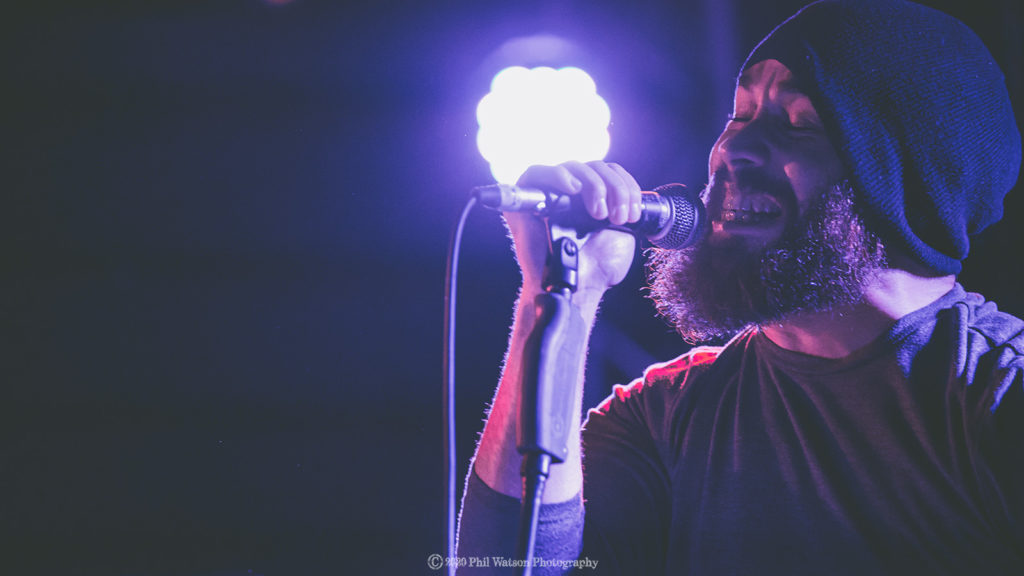 Refreshingly in an era of increasingly insipid Sheeran clones, Morton takes a much more muscular approach to acoustic music. Indeed, many of these sturdy songs, drawn from his Anesthetic album and upcoming Ether EP, could easily be reworked in electric hard rock format. But it’s Morales who actually has the toughest job tonight. Morton wrote these songs for his guest celeb vocalist chums, many of whom have wildly contrasting styles. The singer’s task is to interpret all of these as best he can. Despite seemingly suffering from a cold, he does a remarkable, full-blooded job; never more so than when his switches in quick succession from the big arena rock approach of Myles Kennedy (who played this very venue on his solo tour last year) on Save Defiance to Mark Lanegan’s more intimate sonorous baritone on Axis. 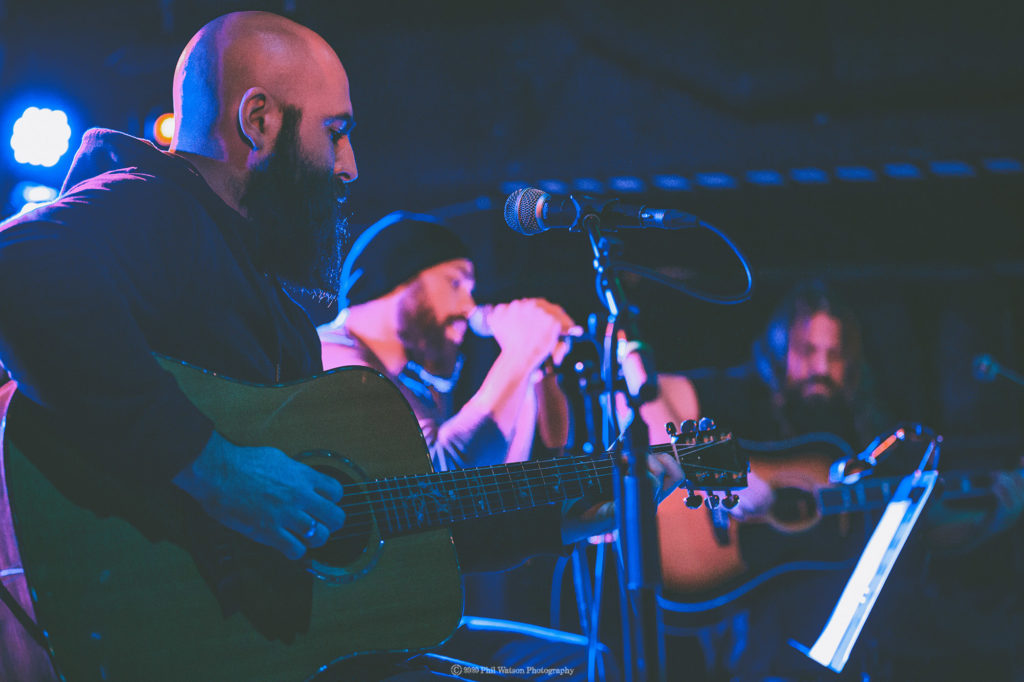 With just one album and an EP to draw upon, covers are a given. But these aren’t obvious choices. Who’d have predicted, for example, that in thumbing through the Black Crowes catalogue Morton would alight upon the delicate She Talks to Angels – sung by Lzzy Hale on Ether and superbly performed here – rather than something heavier? The trio also take an extended dip into grunge territory with Pearl Jam’s Black and the Alice in Chains junkie lament Down in a Hole. It may have helped, of course, that both songs have already been arranged in acoustic format by their composers for MTV Unplugged. They end with a suitably emotional Cross Off (originally featuring the late Chester Bennington) and a splendid jam version of Sabbath’s Planet Caravan, bringing out its jazzier elements. 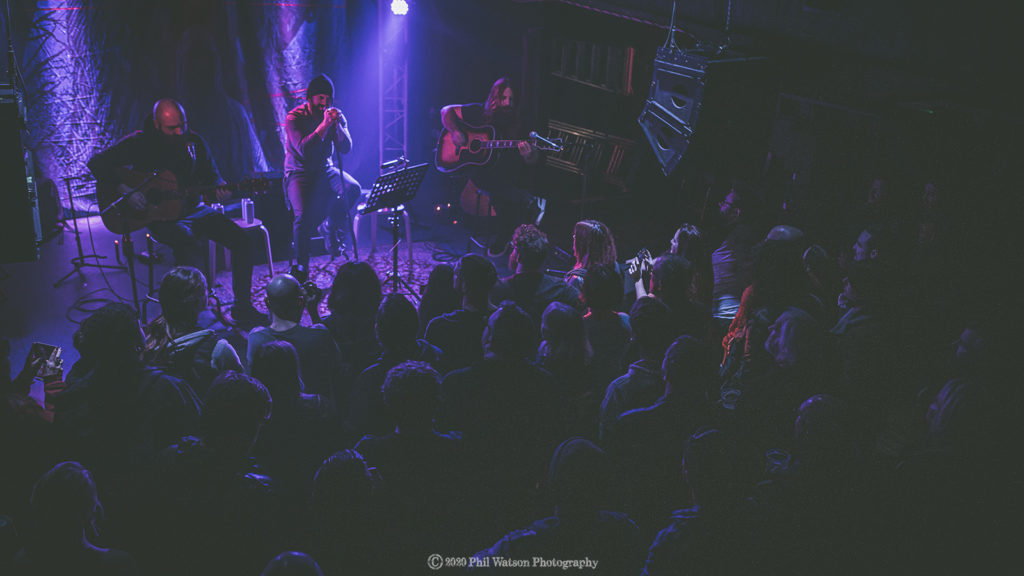 A sober vegan these days, the laidback guitarist is on excellent form throughout, despite claiming to be under-rehearsed. And with just the one vocalist, this sounds more like a cohesive band than a fractured collection of songs, deftly skirting the pitfalls of the rock star ego project to emerge as a credible creative adjunct to the day job. How easily he’ll be able to sustain it as a performing entity remains to be seen, however, given that the three musicians hail from Virginia, Texas and, er, Wales.