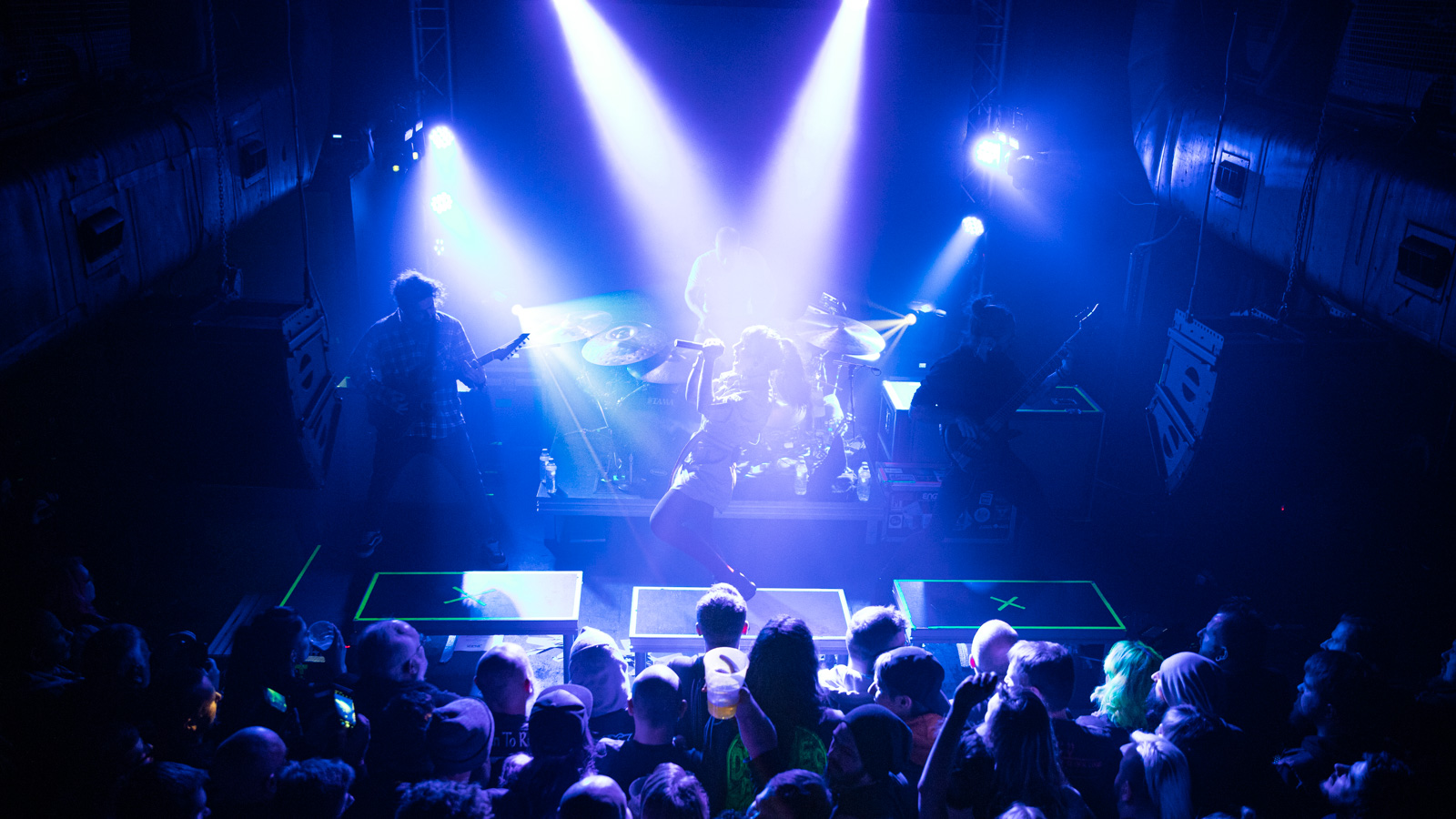 Ukrainian prog-metallers Jinjer are clearly overjoyed that their tour has sold out across Europe. But someone seems to have seriously under-estimated their popularity, as the schedule is peppered with venue upgrades. This Bristol show had already been upgraded from the Exchange and swiftly sold out at the Thekla. The increasingly metal-friendly SWX might have been a more appropriate venue, but the clamour for spare tickets adds to the sense of occasion among the lucky few hundred squeezed aboard everybody’s favourite rockin’ boat. 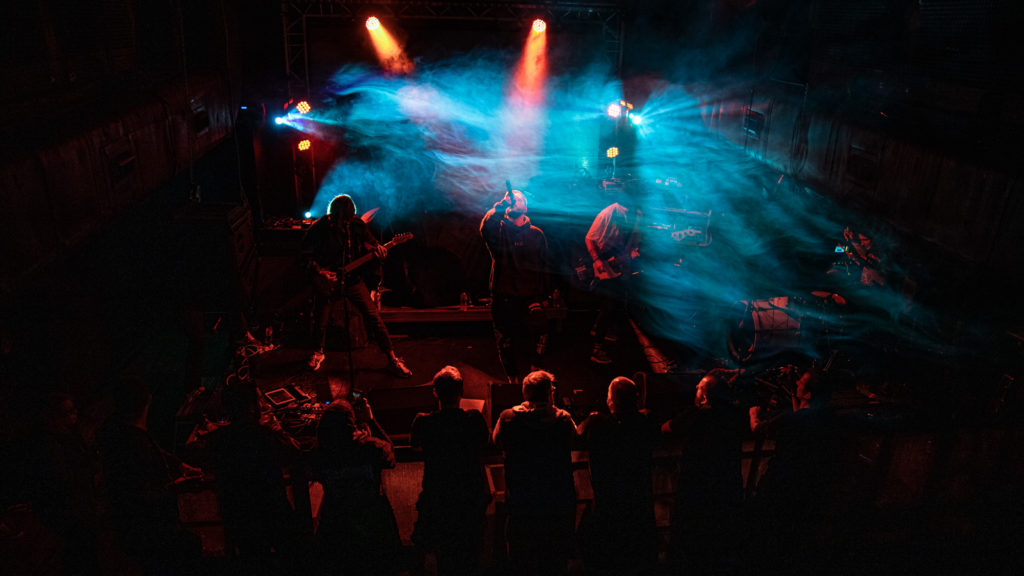 First up on the big-value four band bill are fellow Ukrainians Space of Variations. This being one of those pesky early curfew shows, they have the misfortune to take the stage while people are still shuffling home from work or Christmas shopping. Consequently, audience numbers barely constitute a smattering. The best thing to do in such circumstances is to simply go for it, which is precisely what they do. 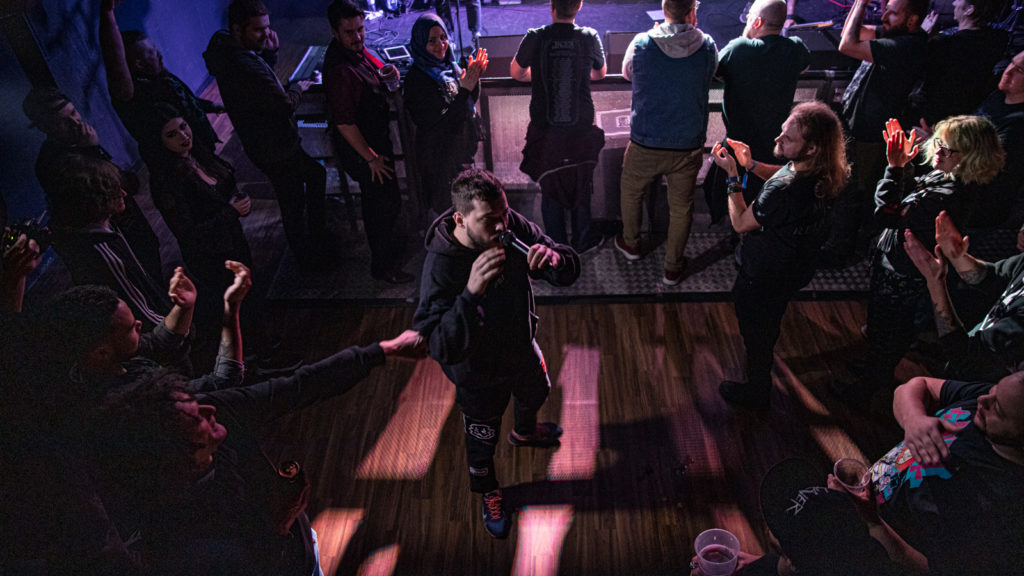 There’s a bit of a formula to their songwriting, Dima Kozhuhar’s growled vocals alternating with guitarist Alex Zatserkovny’s more melodic tones. But they’re commendably unconstrained by genre limitations, chucking elements of electronica and hip-hop into the mix, which helps to keep things interesting. Their best song, Tibet, is a groove metal monster erupting from an unexpected throat singing sample. 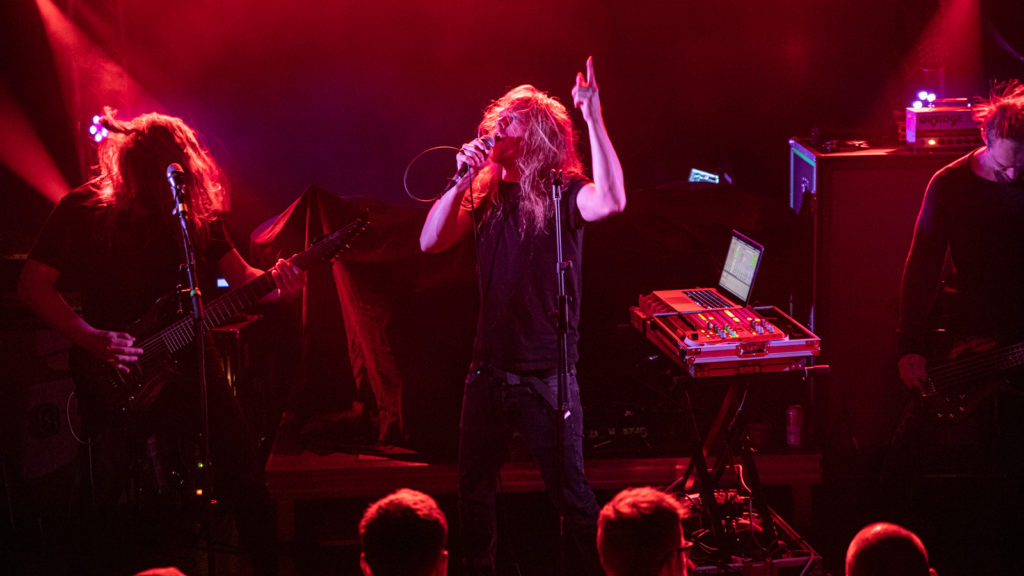 Speaking of electronica, Helsinki’s Khroma have brought along such a huge mountain of gear, including multiple effects pedals, that some kind of malfunction is almost inevitable. Sure enough, it’s not long before roadies are scurrying around fixing stuff. 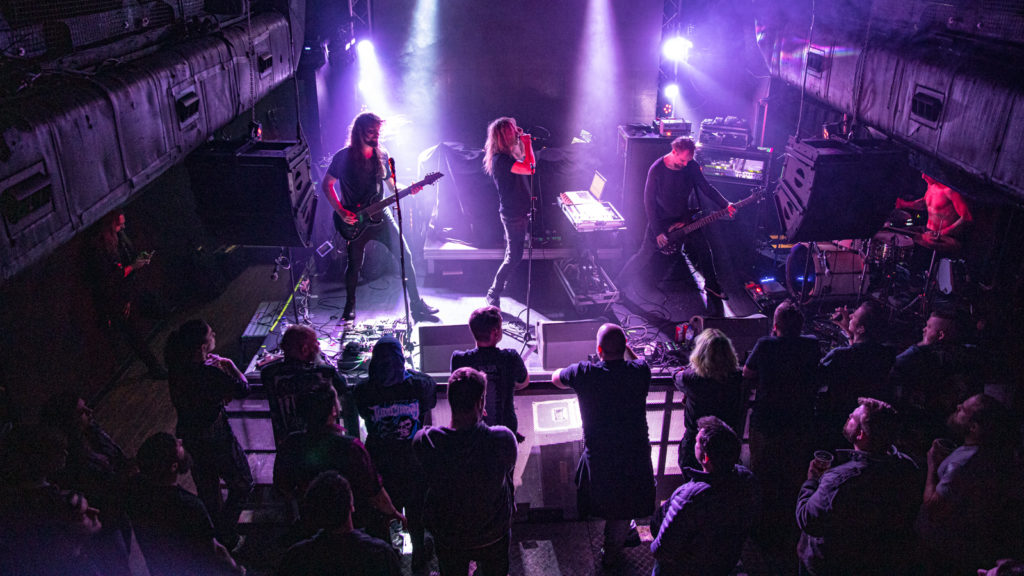 Theirs is a busy, highly processed sound, though this reviewer could detect little evidence of the promised “pulsating trip hop beats”. Oddly, the quartet are at their best when they simply rock out. 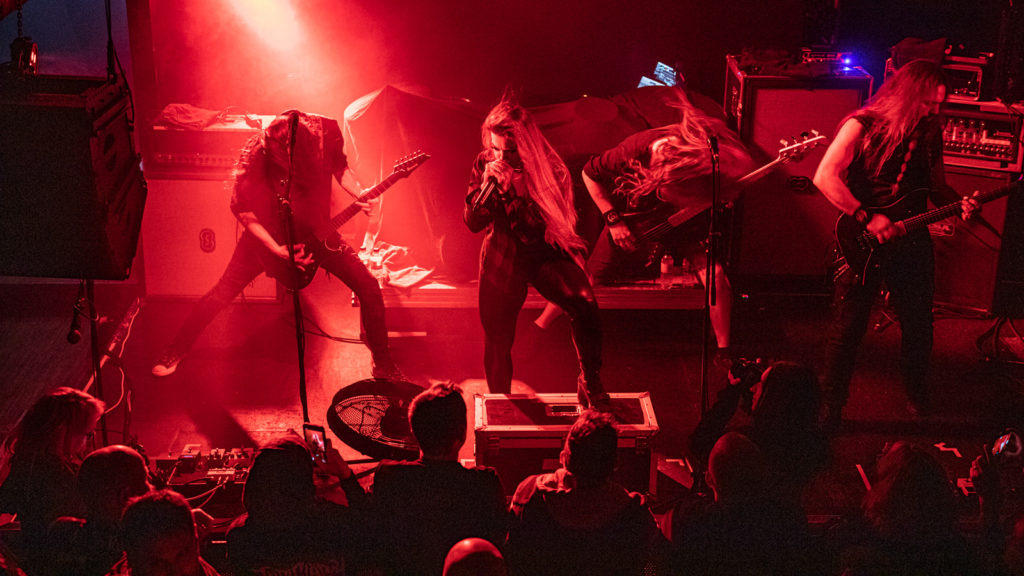 It’s fair to say there’s a major step change in both musical quality and audience response when Canuck melodic death metallers The Agonist turn up. Like the previous bands, they’re obliged to use a drum kit positioned so far off to the side of the stage that drummer Simon McKay might as well have remained in the dressing room. This is particularly unfortunate given that one of their songs begins with a (mercifully brief) drum solo. To many in the audience, it must seem as though it’s coming from nowhere. 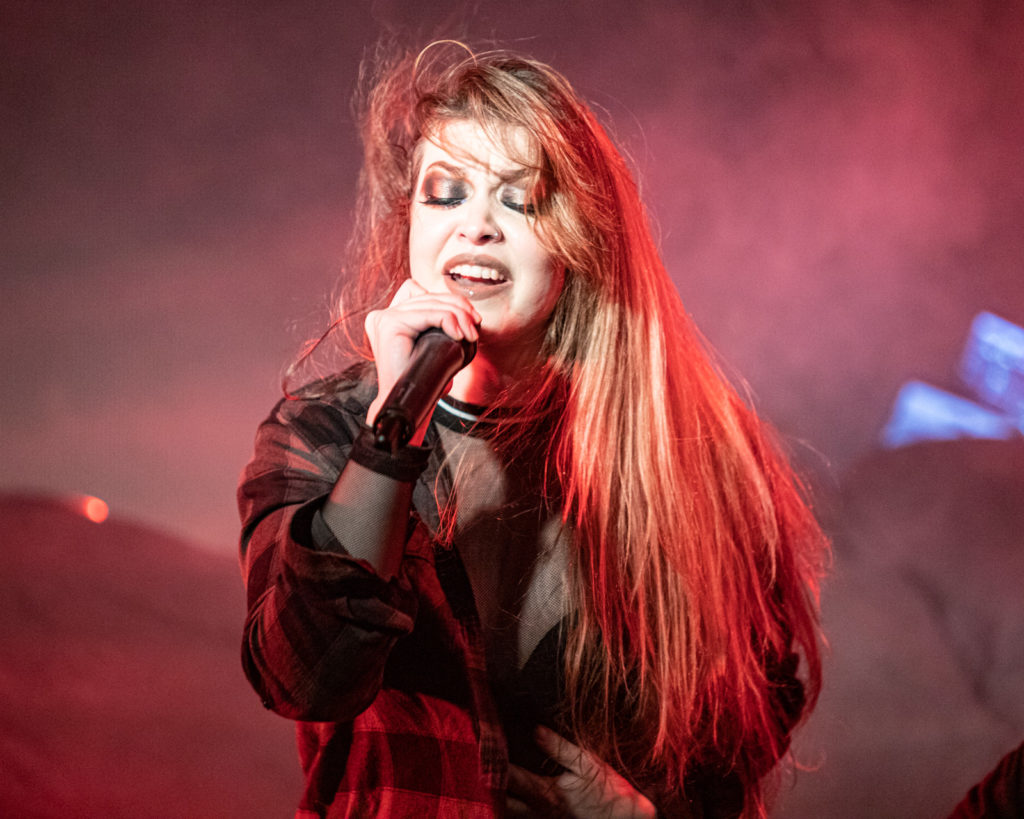 Does this affect their performance? Does it fuck. They play with a ferocity seemingly born of an absolute determination to upstage the headliners – in the friendliest possible way, obviously. It’s taken 15 years for The Agonist to reach Bristol and they arrive suitably road-hardened after trekking their way across Europe for the last month. 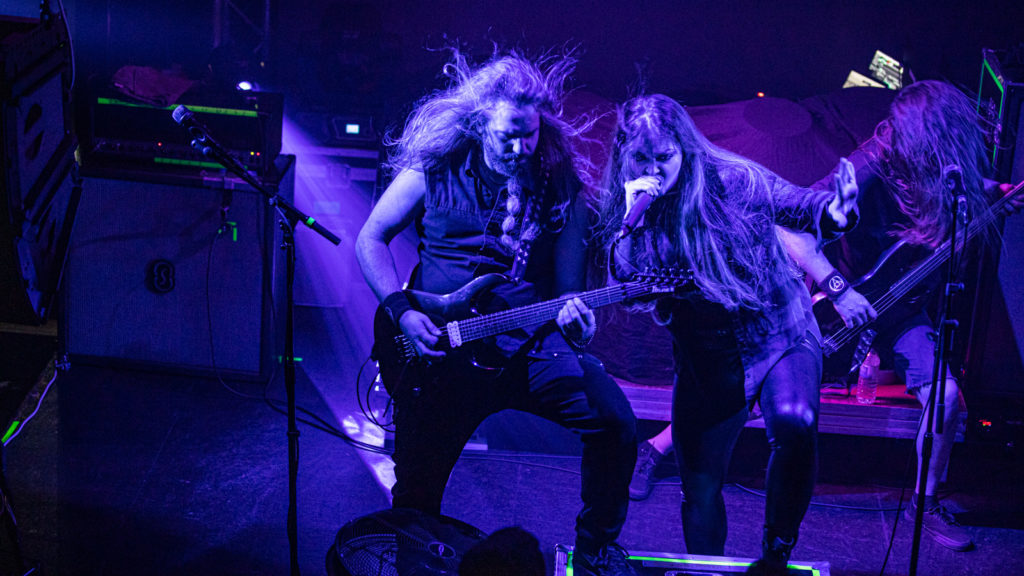 There’s no room for sloppiness in music this technical at the best of times, but the quintet are tighter than a very tight thing indeed. From opener In Vertigo to parting song As One We Survive, guitarists Danny Marino (nephew of Mahogany Rush’s Frank) and the lavishly bearded Pascal Jobin lead the musical assault with a skilful combination of riffage and melody, embellished with many an intricate solo. 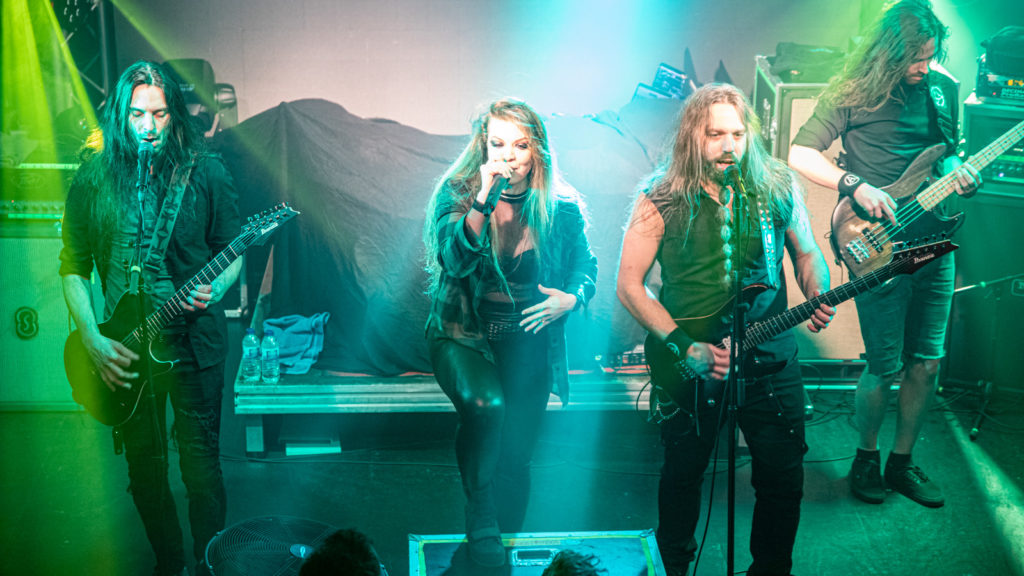 Then there’s powerful singer Vicky Psarakis. On record, you might be forgiven for thinking The Agonist have two very different vocalists. But nope – it’s definitely all her: from the deepest of guttural growls to soaring full diva. 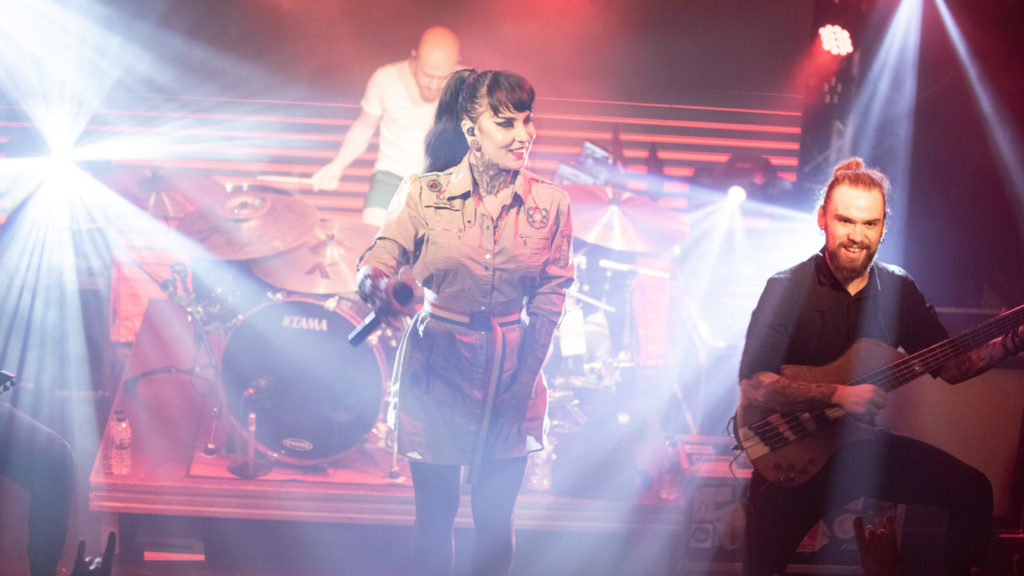 Follow that. Well, there’s no direct comparison. While Jinjer work in the same area as The Agonist, which makes this such a great double-bill, the two bands don’t share a musical postcode. They’re certainly prog-metal in the sense that you might describe Meshuggah (an acknowledged influence) as prog-metal, their ferocity being controlled and technically demanding. Jinjer are also genuinely progressive in that nothing seems to be off-limits in their musical palette. 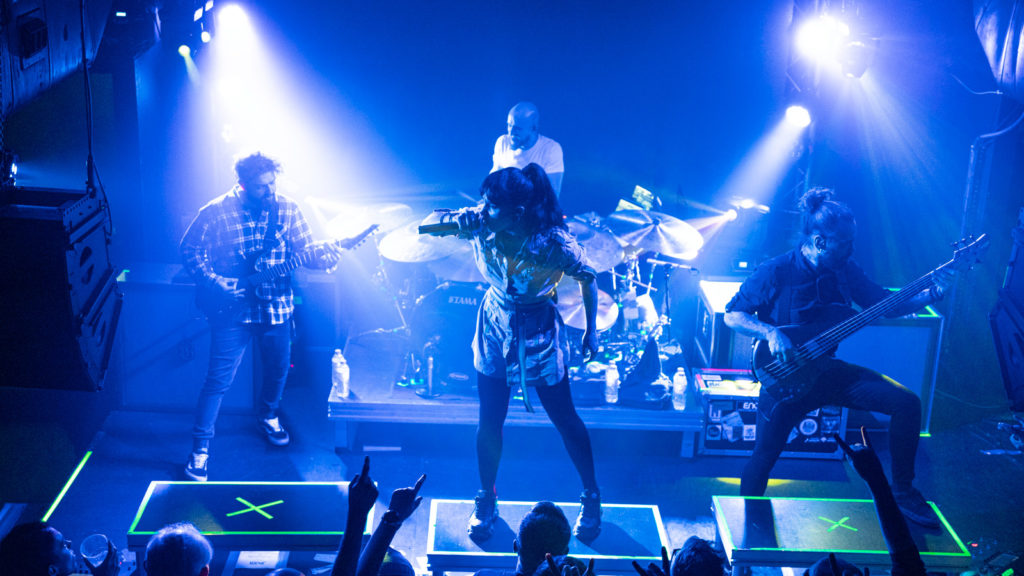 Exhibit A: Judgement (& Punishment), the fourth song in tonight’s set, takes a couple of abrupt detours into reggae. Yep, that’s right – a Ukrainian metal band playing reggae. This isn’t a deep album cut either, but the lead track from musically rich and rewarding current release Macro. Dig into the band’s lyrics and you’ll find they don’t shy away from weighty issues such as child abuse, mental health and, perhaps inevitably, their war-torn homeland. 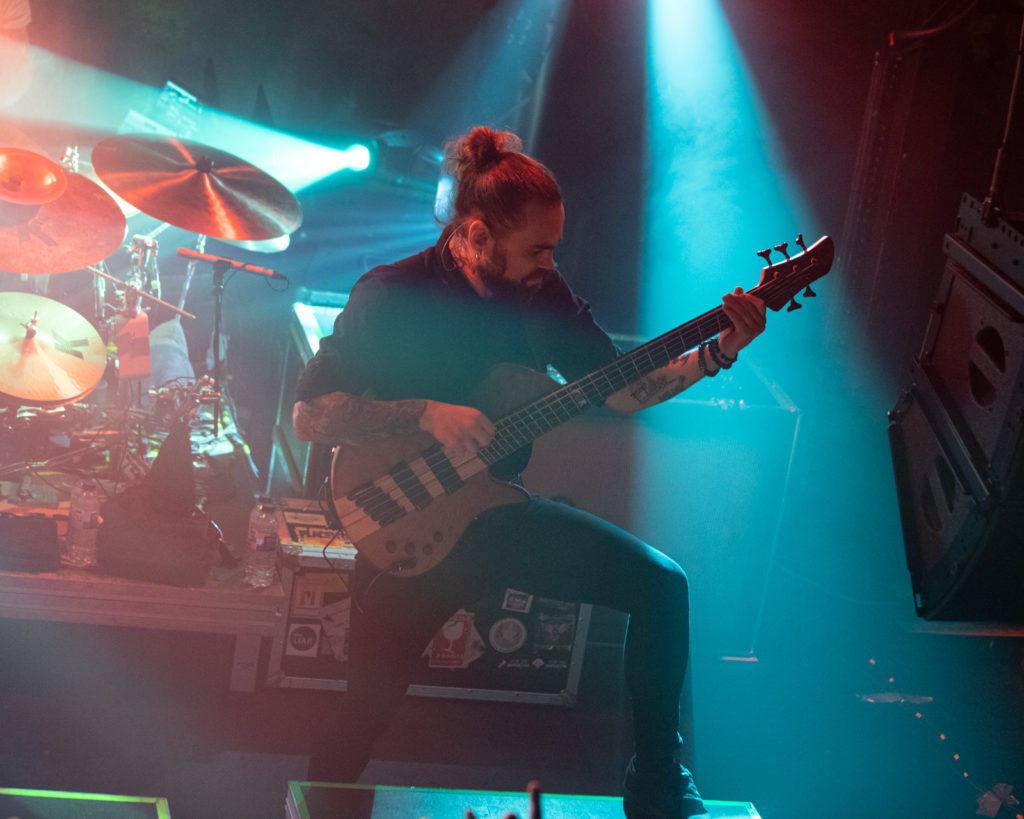 All of which runs the risk of becoming a tad beard-strokey were it not for the fact that punishing brutality is the key component here, with Tatiana Shmailyuk relishing her orchestration of the flailing limbs in a seething moshpit. One punter comes up for air brandishing a shoe, which is swiftly reunited with its owner. In what must be something of a first for the Thekla, there’s also an arguably rather foolhardy balcony diver. 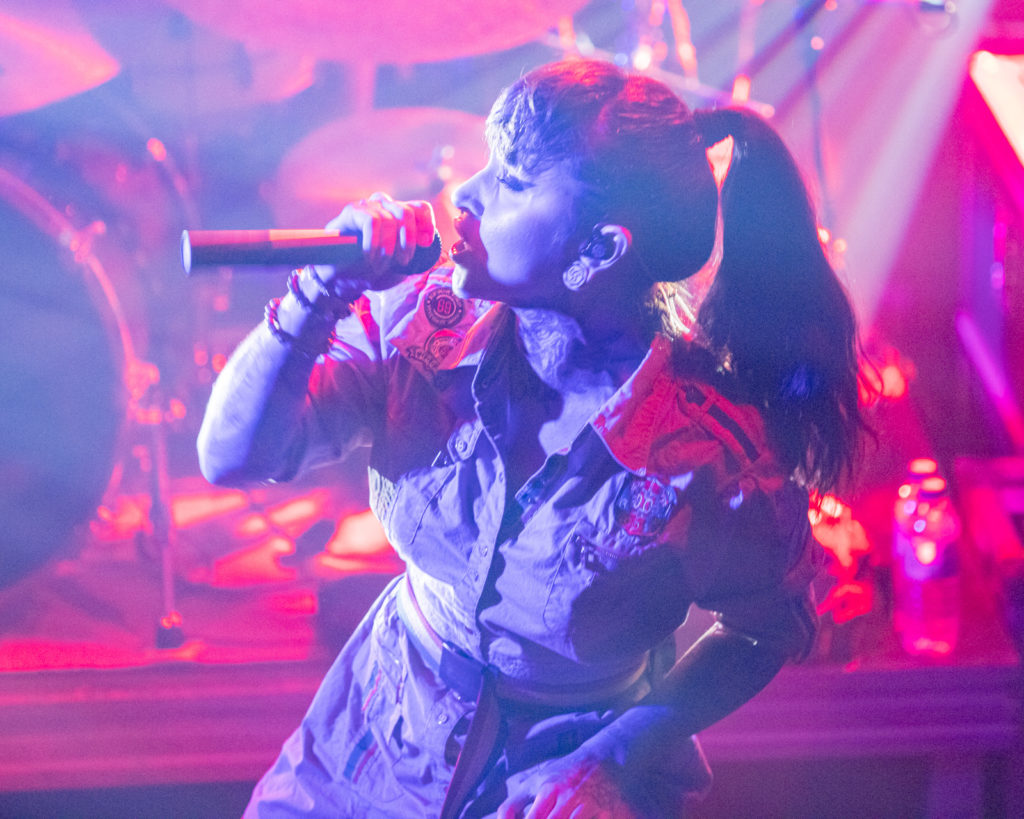 In keeping with Jinjer’s defiance of convention, pony-tailed Tatiana doesn’t look, dress or even dance like any other metal frontwoman, though her ability to switch from delicate emoting to paint-stripping roar is the equal of any of her peers. And has there even been a drum kit quite like the one played so skilfully by Vladislav Ulasevich? Does anyone really need all those cymbals? Well, they ain’t for decoration and he certainly plays them all. 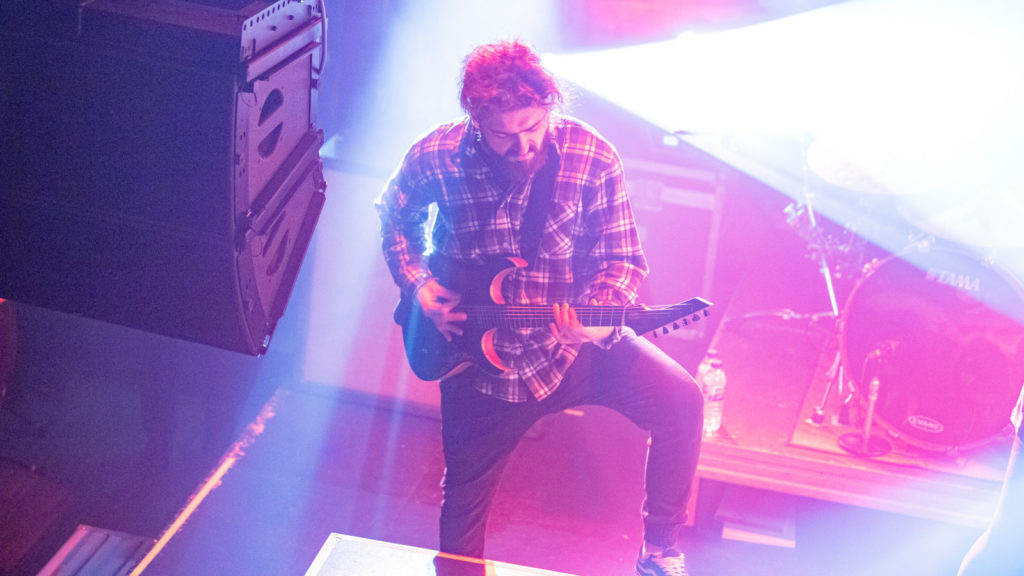 Talented guitarist Roman Ibramkhalilov and bassist Eugene Abdukhanov also perform with an ease that belies the complexity of this music, the whole show being complemented by a full-on sensory assault of projections and retina-scorching lights in constant motion. 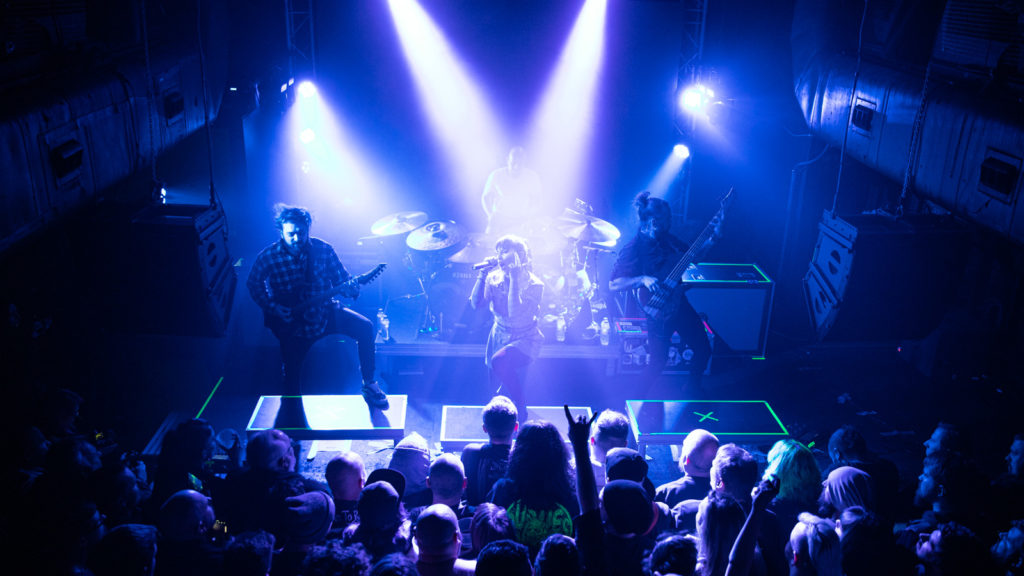 There’s never any real question about the encore: Pisces, the song that set out Jinjer’s stall by promising one thing and then delivering something so dramatically different that it became a viral hit (30 million YouTube views) and inspired its own hilarious sub-genre in which vocal coaches react to what Tatiana is doing. They’ll be back, but in a much bigger venue.