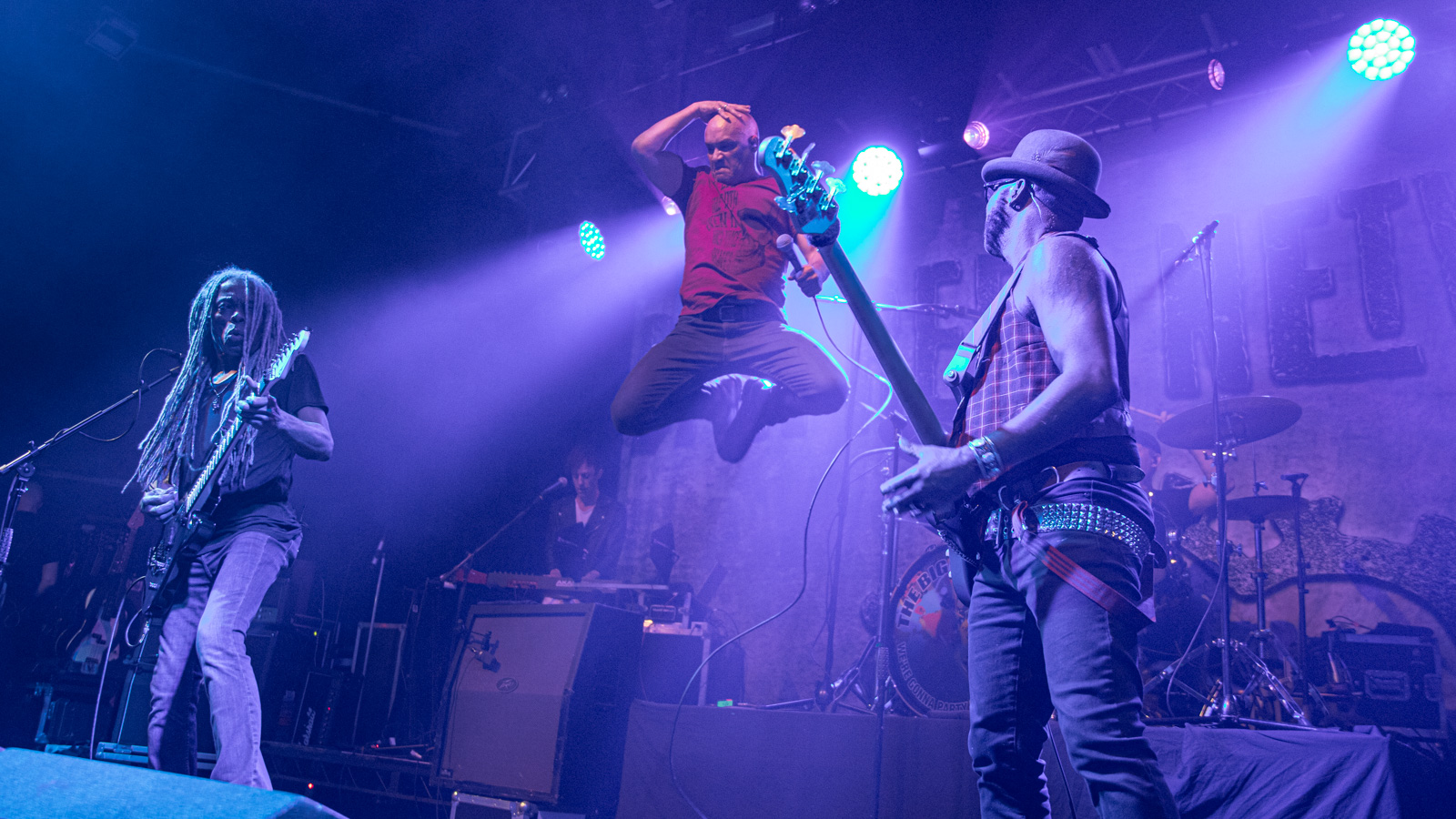 “We haven’t changed a bit, have we?” smirks Steve Overland. Yep, FM, like the other acts on this three-band 30th anniversary classic album tour, are older and gnarlier than they were in 1989. But who isn’t? 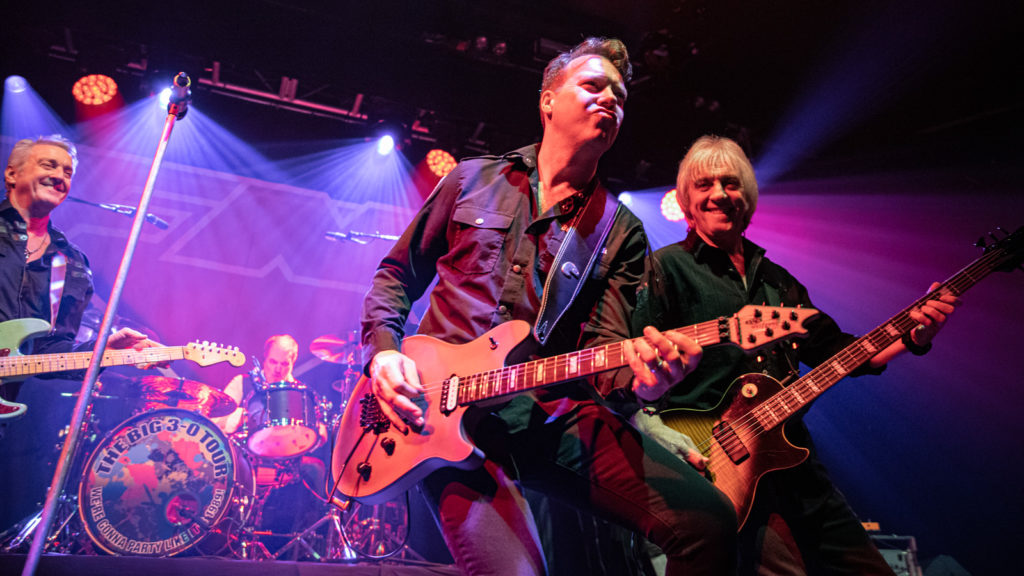 Close your eyes, however, and they sound as great as ever: the band’s harmony-driven, hook-laden songs being every bit the equal of those of their conspicuously more successful American peers. Their second album, Tough It Out, was more muscular than its predecessor and has aged rather well, with only a surfeit of “Whoa-ohh!”s and the occasional very 1980s keyboard sound betraying its datestamp. The opening title track is quintessential FM. Pick apart the lyrics and you find a loose assemblage of hoary old clichés. But it’s driven by a huge melodic groove and sung with such conviction by Overland that it becomes impossible for anyone who has ever punched the air to a stadium rock classic or driven down the wide open highway (er, the M4) with classic rock radio turned up to 11 not to be swept along. 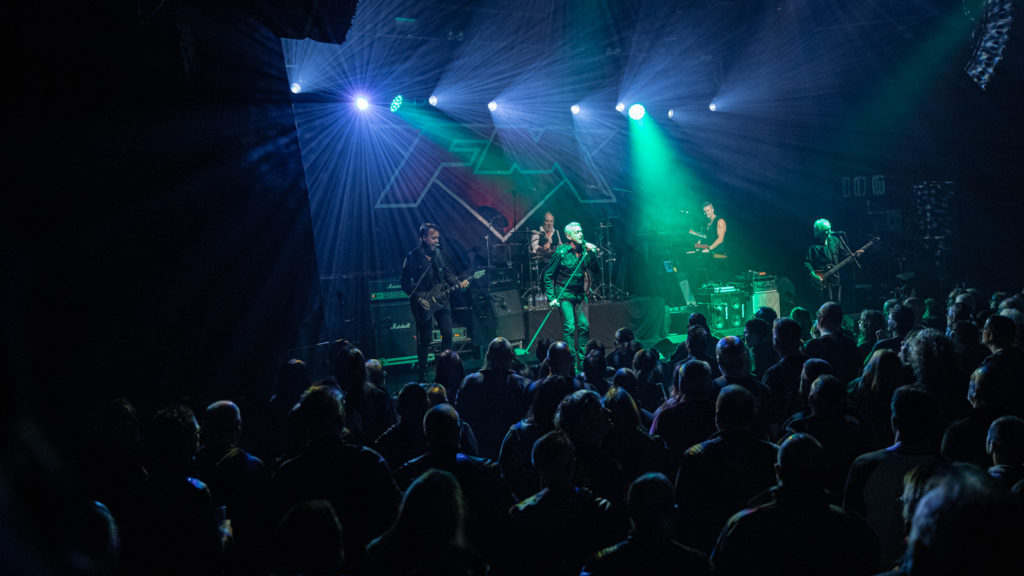 Overland’s undiminished, soulful vocals might be the ingredient that gave FM the edge over their UK rivals in this American-dominated genre, but tonight’s performance underlines their strength as a band, with plenty of firepower and no weak points. Bassist Merv Goldsworthy and drummer Pete Jupp have been there since the beginning, while Jim Kirkpatrick, the ‘new boy’ guitarist of a mere 11 years, remains a perfect fit – especially when it comes to those sublime twin-lead guitar breaks. 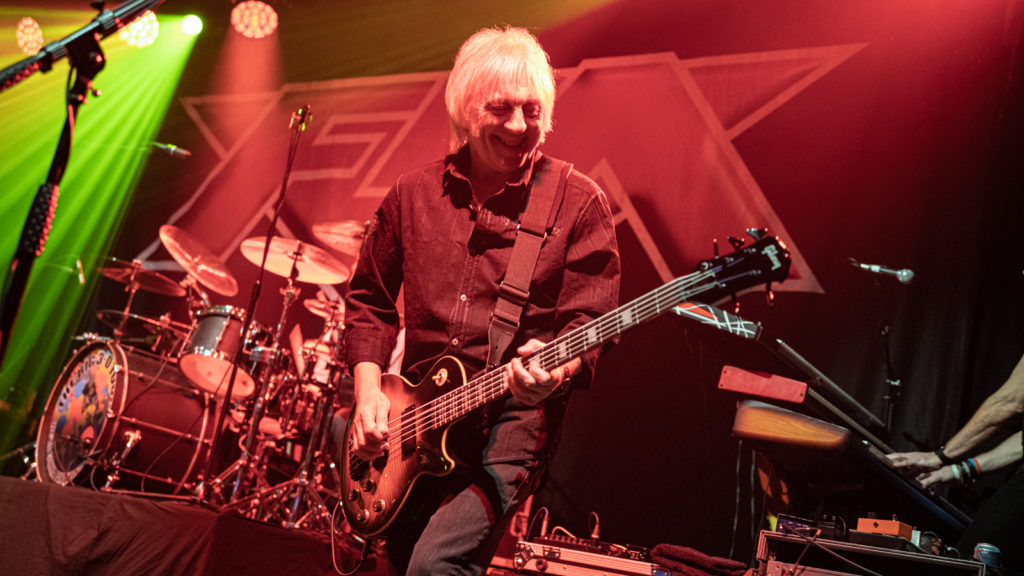 One small quibble: like many albums, Tough It Out is front-loaded with its best songs. Tonight, FM stick to the classic album format rigidly, playing the whole thing in sequence. This means that when they’re opening the show (the headliners rotate), these have been dispatched while the audience are still shuffling through security. A re-think is surely needed. 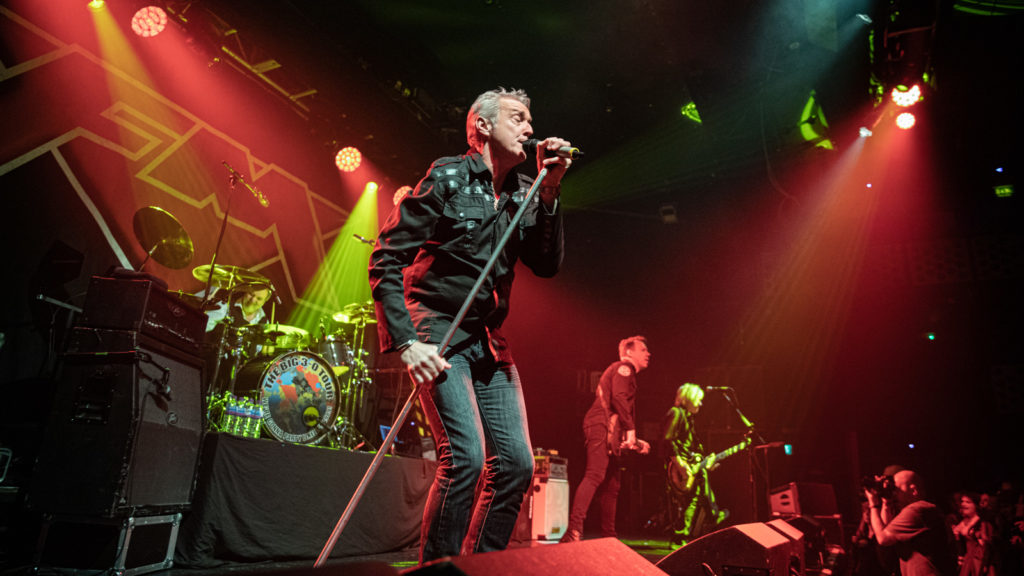 With ten minutes to go, they whisk us back to their first song, the irresistible That Girl, and forward again to Killed by Love from new album Atomic Generation, which proves as impressive as anything they’ve written. Overland seems quite overwhelmed by the enthusiastic audience response as they take their bow. No doubt about it: FM remain a class act and one of the UK’s most undervalued bands. 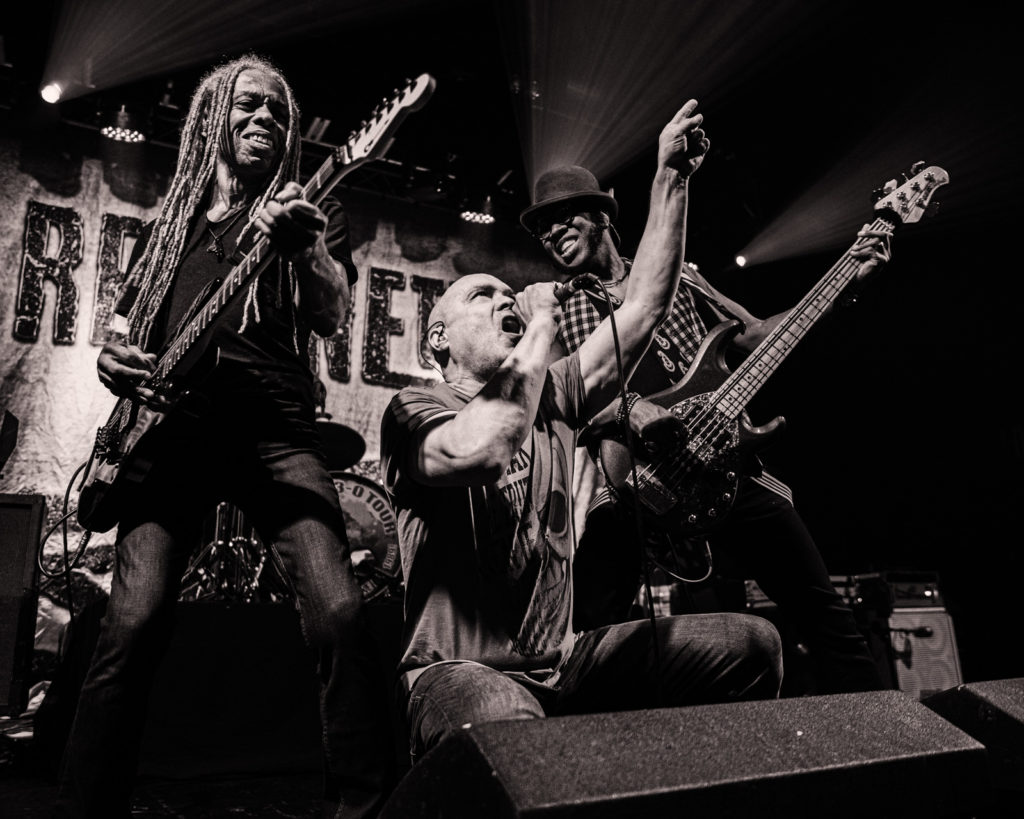 “I have to follow that guy?” quips Dan Reed of the finest singer on the bill. It’s the first night of the tour and all the bands appear to be checking one another out. The Dan Reed Network might be of a similar vintage to FM, but they offer something completely different: genre-bending funk-rock that was originally marketed as Prince for Bon Jovi fans – a sound that would assist even the most hardcore metalheads to find their dancing feet. The Nile Rodgers-produced Slam album was their most potent synthesis of these two elements, but struggled to make any chart headway. Unhappy Dan later shaved his head and ran away to commune with the Dalai Lama. 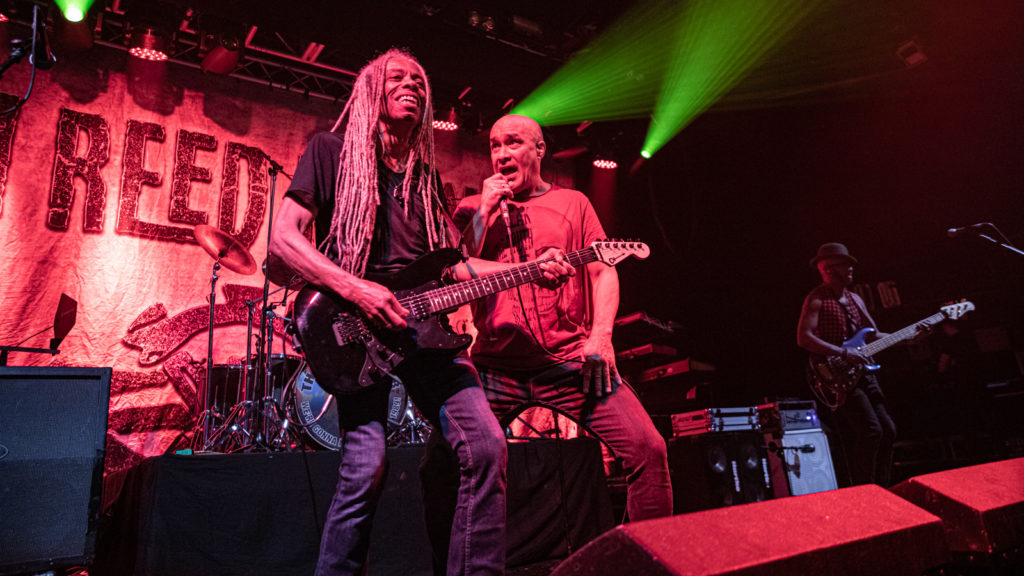 These days, the striking thing about rock’s smiliest Buddhist is just how much fun he’s having up there on stage now that he’s relieved of the pressure to play the corporate rock game. If there was a prize for the band who contribute the most energetic show to this tour, The Network would surely snaffle it. 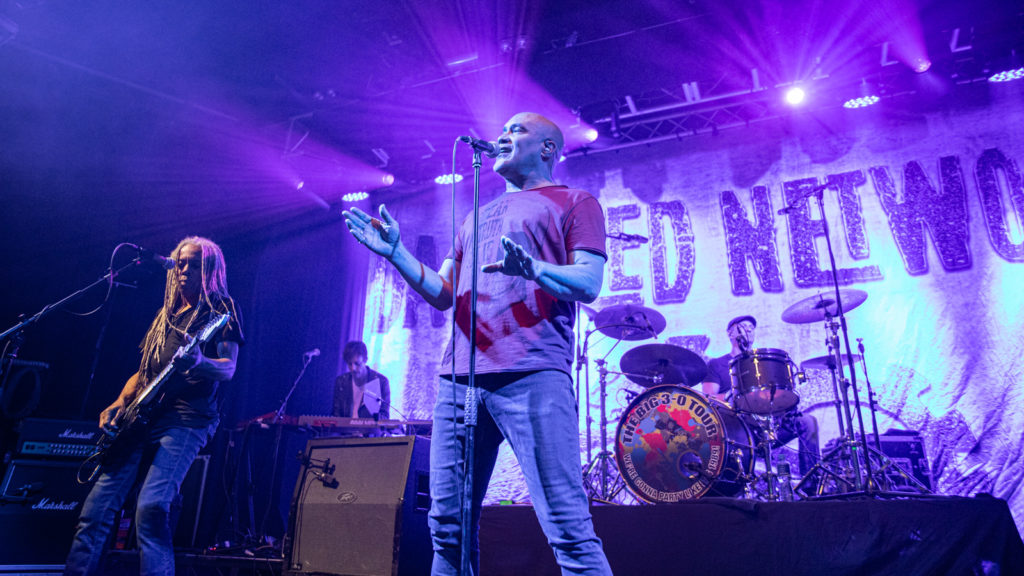 After they re-formed, Dan resisted playing songs like Tiger in a Dress for years because that was no longer where his head was at. Tonight, he throws himself into it, bounding into the photo pit as he conducts the audience singalong. It helps that but for new-ish keyboard player Rob Daiker (their fourth), the Network’s original line-up are still together. 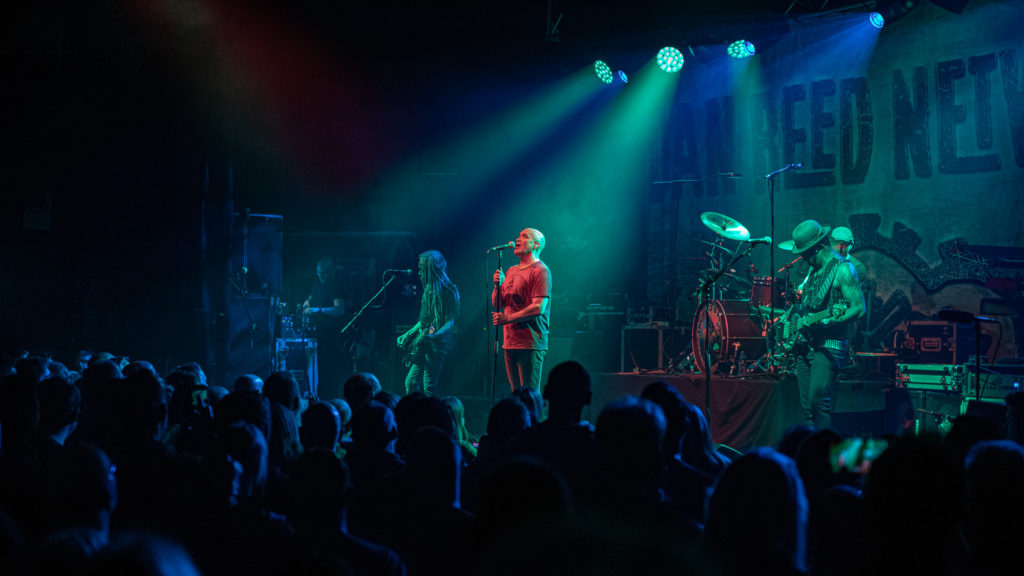 Dreadlocked Brion James is not only a great guitarist but also a fine singer, while Melvin Brannon II’s big, beefy, gut-punching bass is unshackled from that ’80s studio sheen in consort with Dan Pred’s drumming to produce as bouncy a funk rhythm section as you’ll experience anywhere. 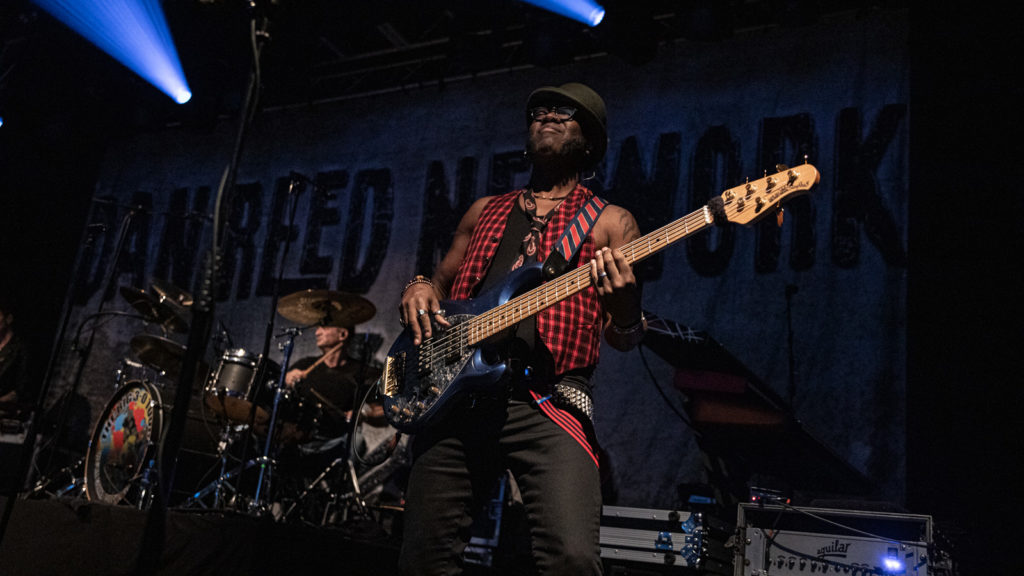 It’s these big, throbbing funk-rock fusions that continue to work best – Make It Easy, the title track, the ever-saucy bump’n’grind of Doin’ the Love Thing, etc – with only the occasional lapse. Stronger Than Steel remains a bit wet and doesn’t half go on a bit – but, hey, that’s 1980s power balladry for you. The royalties from its status as a wedding favourite keep Dan going, so one can hardly object. Much better among the slower songs are the sweet and sprightly Lover and evergreen Rainbow Child, which, just this once, Old Hippy Dan doesn’t introduce by telling us that he wrote it in the parking lot of a Grateful Dead concert. 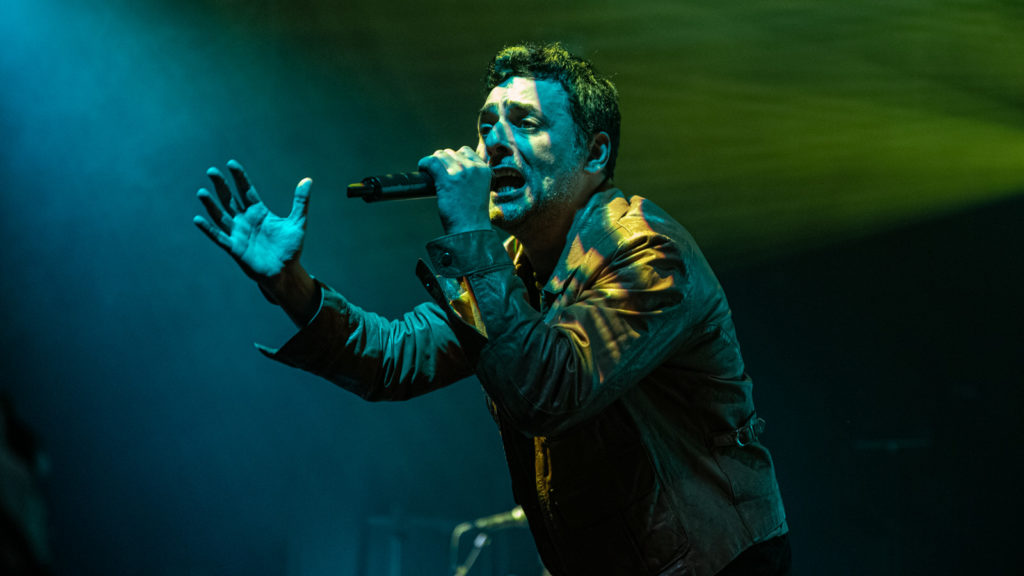 It’s fair to say that Gun have a fight on their hands to follow that. Anyone who hasn’t seen them since 1989 might be forgiven for feeling slightly confused. The Glaswegian-Italian Gizzi brothers are still at the helm, but some of the rest of the current band are conspicuously younger. What’s more, Dante Gizzi has switched from bass to lead vocals to replace the long-departed Mark Rankin. 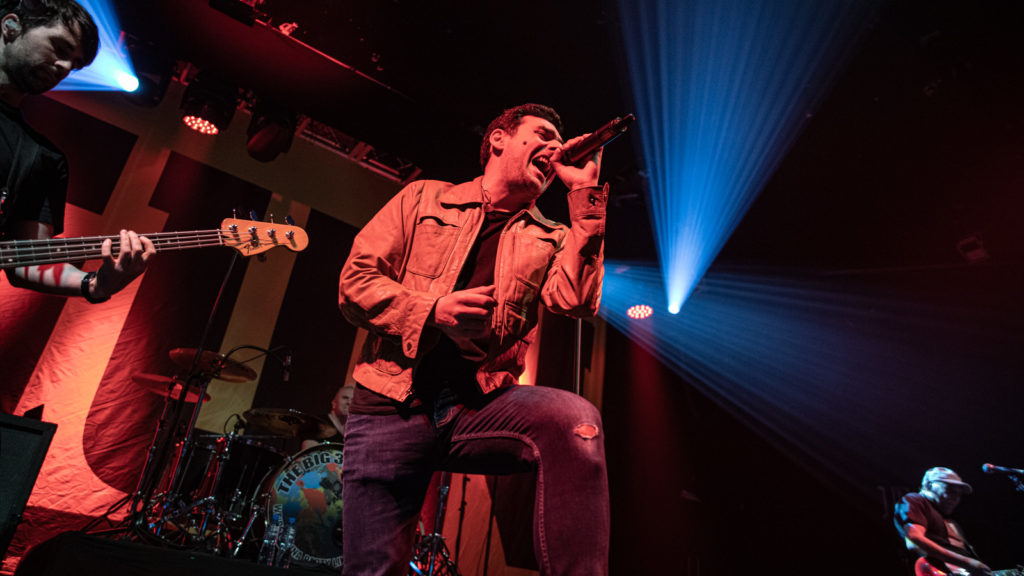 Unlike the other two acts, it quickly becomes clear that they’re determined to take a somewhat more relaxed approach to the format. Dante proves a strong enough singer, while his sibling Giuliano continues his trademark crunchy riffage. Their debut, Taking on the World, remains Gun’s best album and benefits from a handful of crackers, notably Better Days, Shame on You and the title track, which erupts magnificently from a slowburning start. 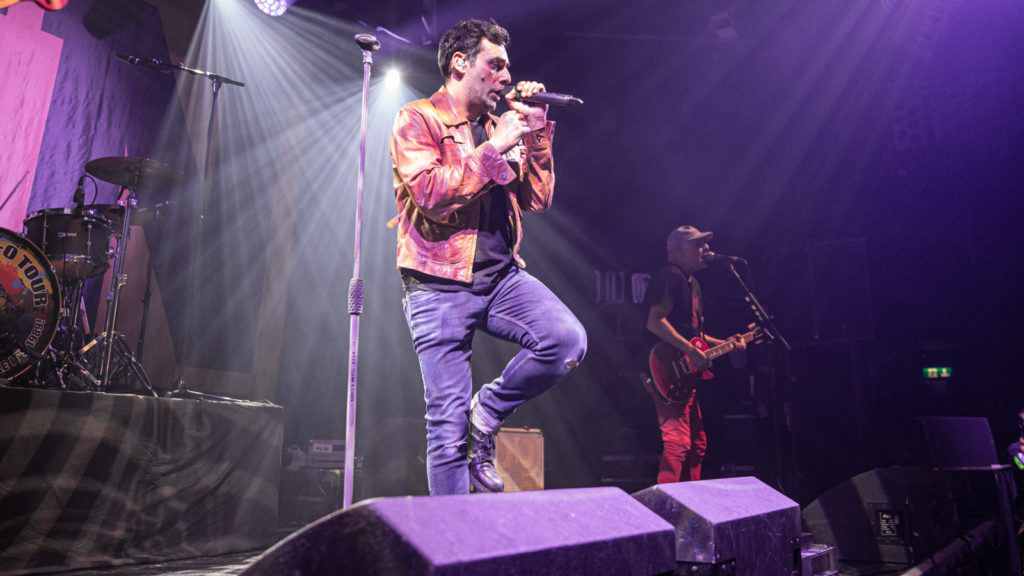 But there’s also quite a lot of filler here; songs with little variation in tempo that get a fairly listless audience response as we wait patiently for the good ‘uns. It’s also always been a problem for Gun that their biggest hit – played early tonight but not included on the album – was a rocked-up cover of the Cameo song Word Up! It’s not even their only cover, as they leave us with (You Gotta) Fight For Your Right (To Party) from their new covers/greatest hits collection Reloaded, rather than a more recent composition which might have underlined their ongoing relevance. 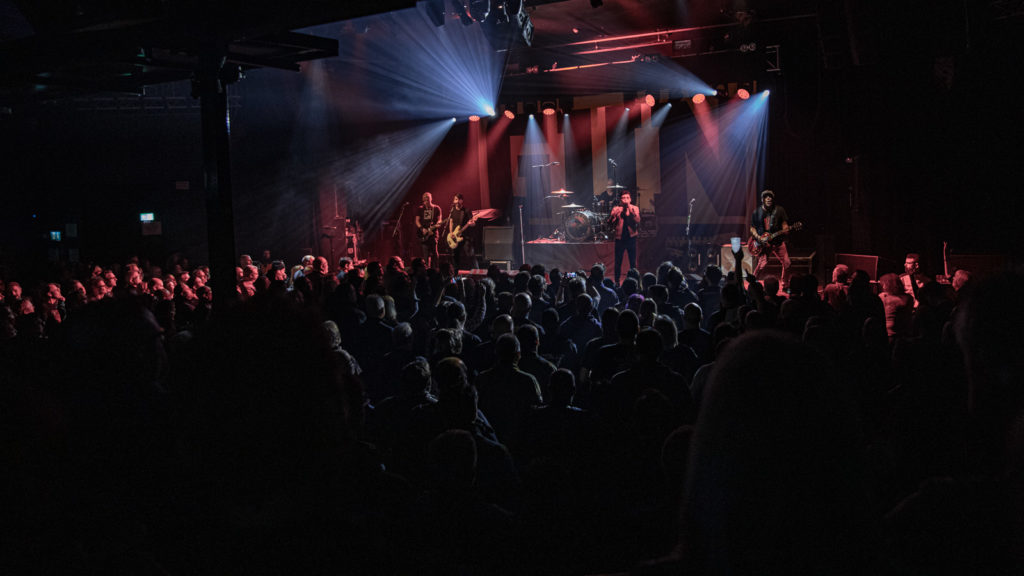 So that’s a clear win for FM and Dan Reed  on the opening night, though they’ll face a tougher fight when the tour reaches Glasgow – where Gun remain local heroes and the show has already sold out.