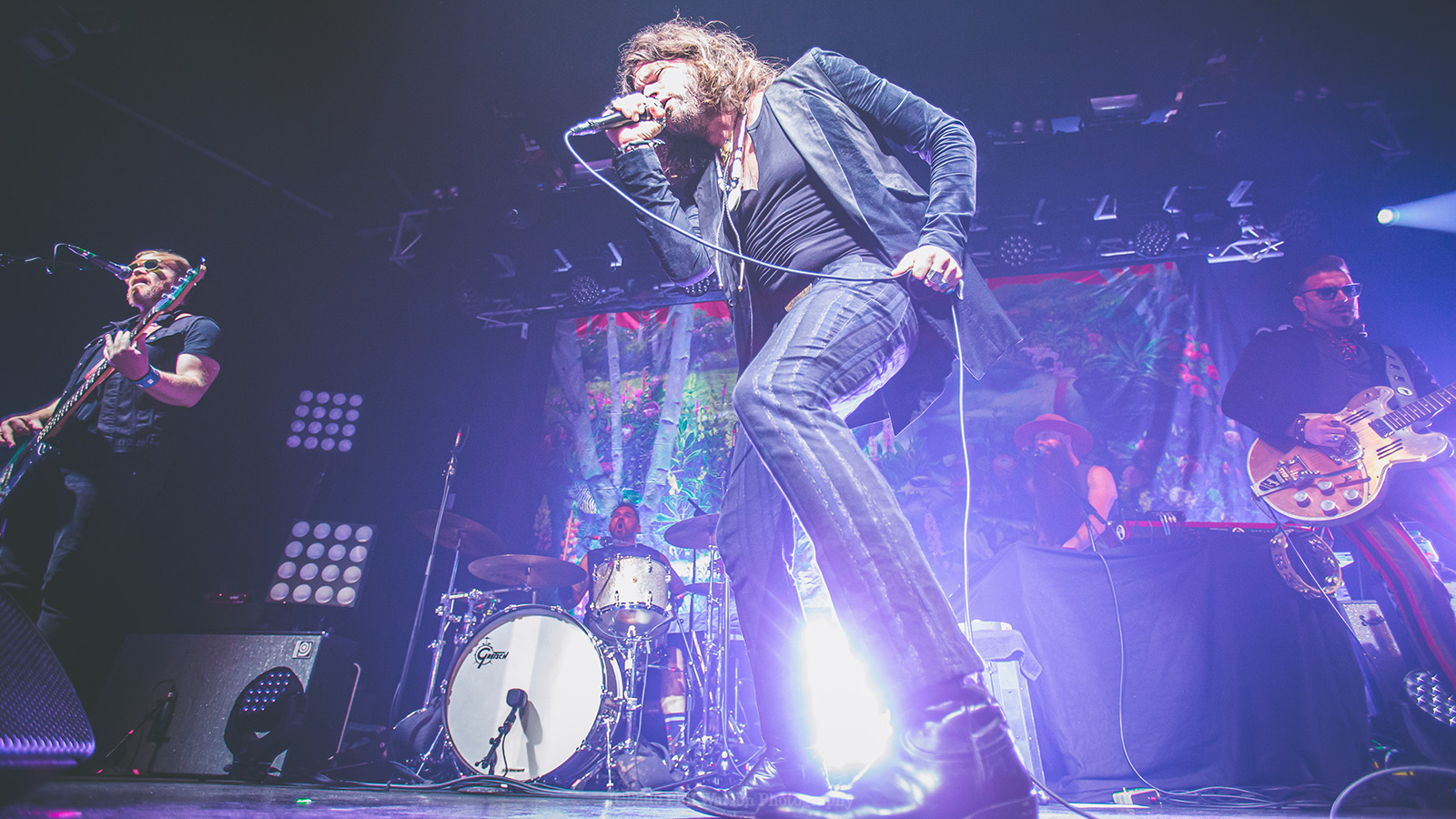 Nobody could question The Last Internationale’s work ethic. Having completed their tour with The Cult, which brought them to this very venue just 10 days ago, the New York trio promptly hopped aboard the Rival Sons jaunt that will take them across Europe.

In theory, this should guarantee valuable exposure to receptive, sold-out audiences. In practice, they take to the stage in a virtually empty Academy just after 7pm for an absurdly brief four song set. 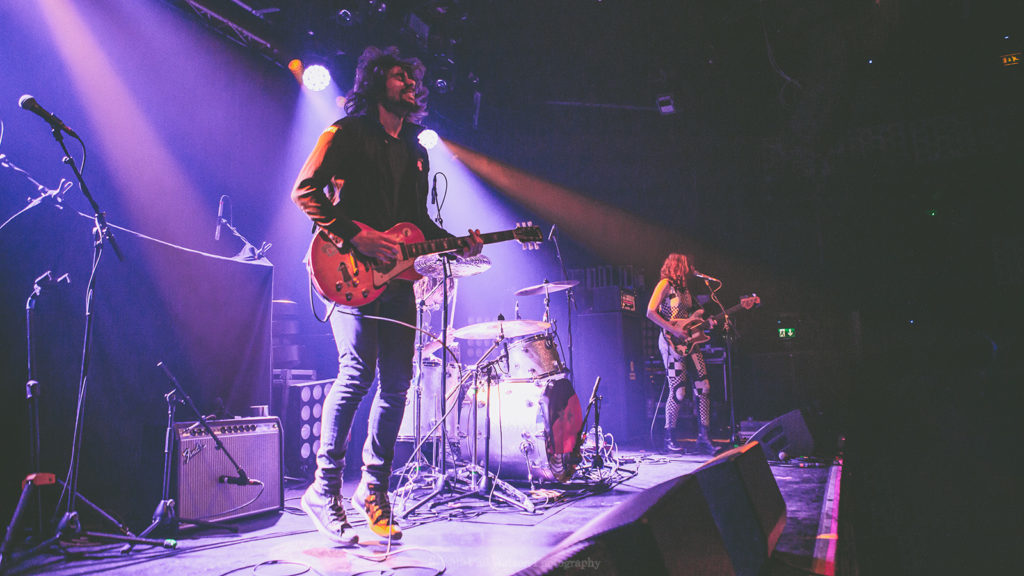 Not that they seem to care. Bassist/vocalist Delila Paz and guitarist Edgey Pires literally bounce around the stage as though they’re playing to the packed stadium of their dreams. Refreshingly, they display none of that tiresome East Coast ‘too cool to rock’ nonsense that one occasionally encounters. 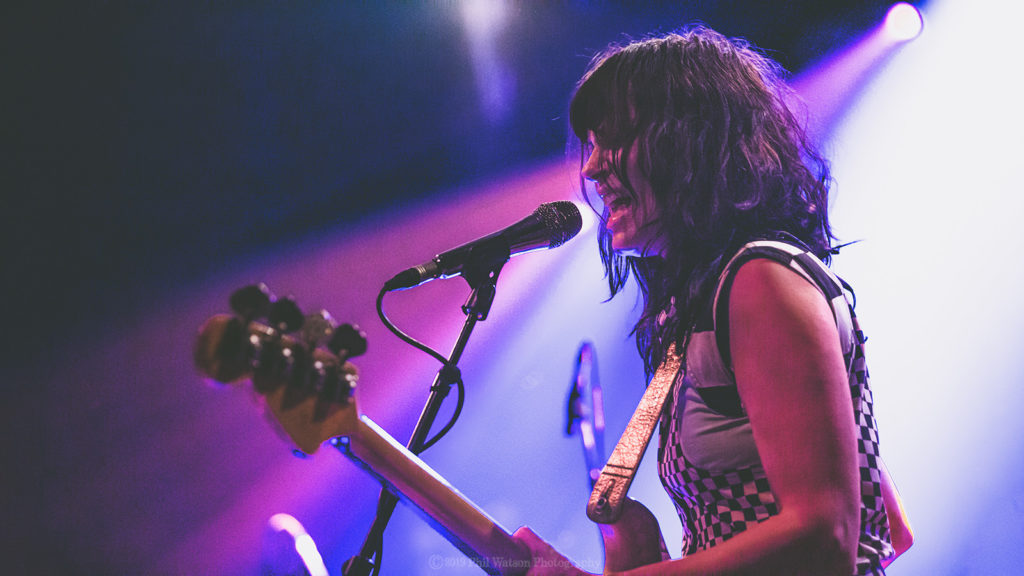 Paz has the whole Joan Jett meets Suzi Quatro thing going on, with a big soul voice that barely requires amplification, while Pires physically manifests the excitement of his playing by hurling himself about with adandon. What marks them out are their overtly political lyrics in a genre that often shies away from controversy, as though Rage Against the Machine or Fever 333 were playing classic rock. 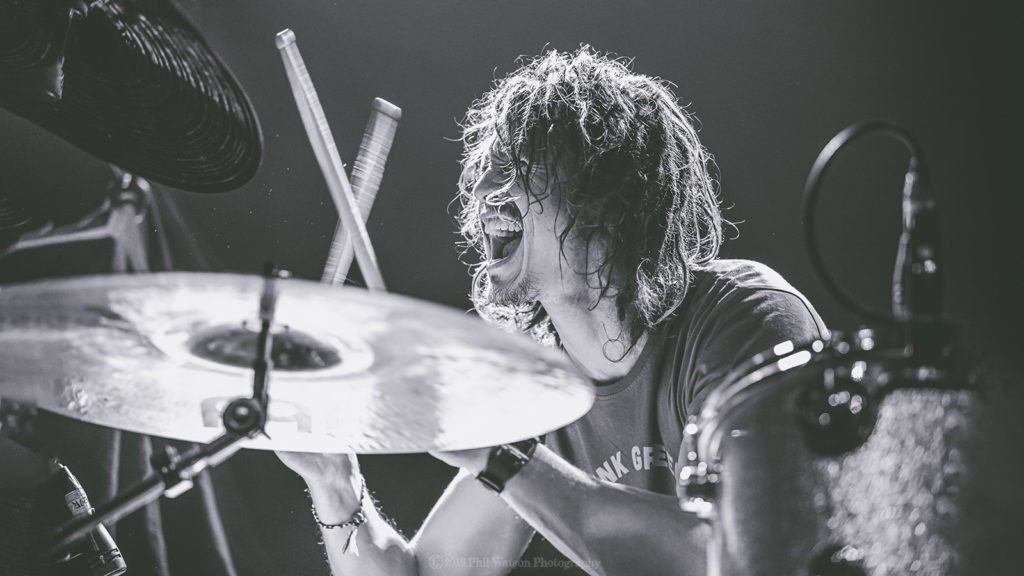 It’s all over after a mere 20 minutes, but there’s no shortage of appreciation from the rapidly filling hall as their show builds to a fiery climax. Anyone who liked what they saw will be delighted to learn that The Last Internationale are back at the Exchange in March. 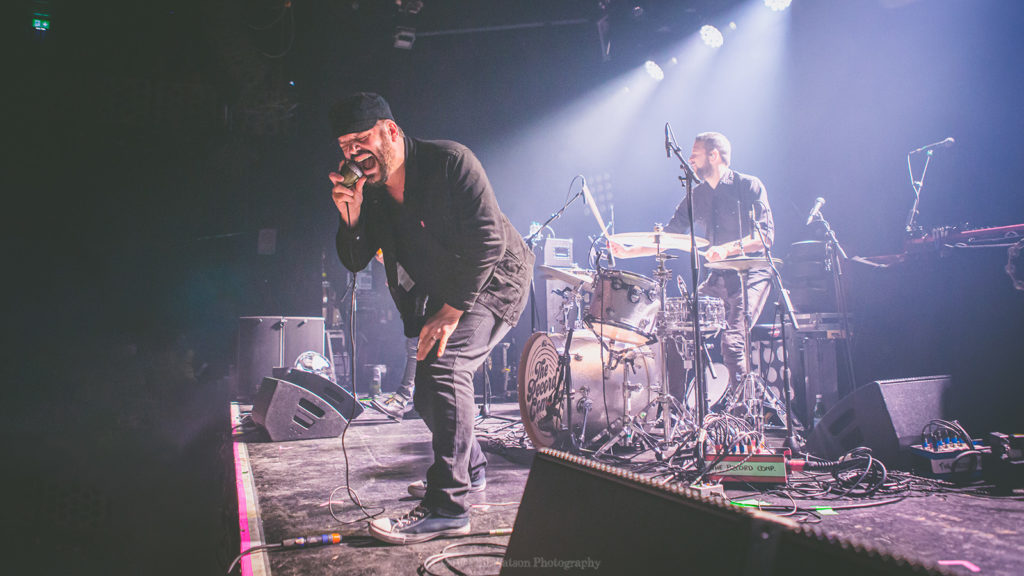 LA’s The Record Company might have a nondescript band name, but it certainly signals that they’re old school. Otherwise, they’d presumably be called The Streaming Service or Johnny Download and the Low-Quality MP3s. A trio of men in black (plus a superfluous Mr. Tambourine Man, who, to be fair, does eventually join in on guitar), they’re a bit of a visual comedown after The Last Internationale’s colourful, kinetic performance, but have strengths of their own. 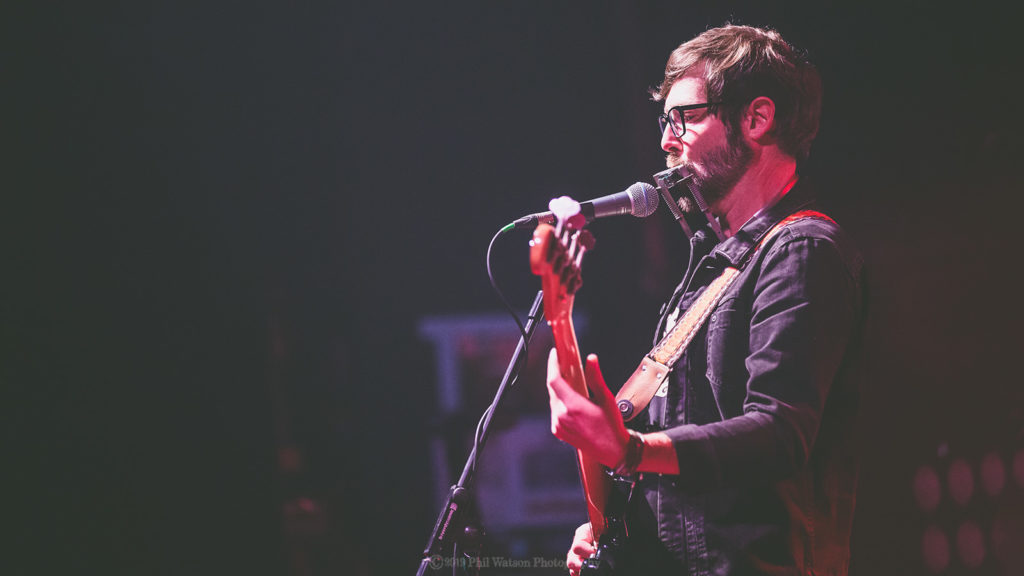 Their stock in trade is accomplished, pumping blues-rock with a mildly punky edge, like a heavier Black Keys with a dash of Creedence. Growly-voiced frontman Chris Vos proves equally adept at guitar, harmonica and a novel lap steel-style technique. They’re working in an increasingly crowded genre, but the loud applause and sea of nodding heads suggest they won plenty of new fans tonight. 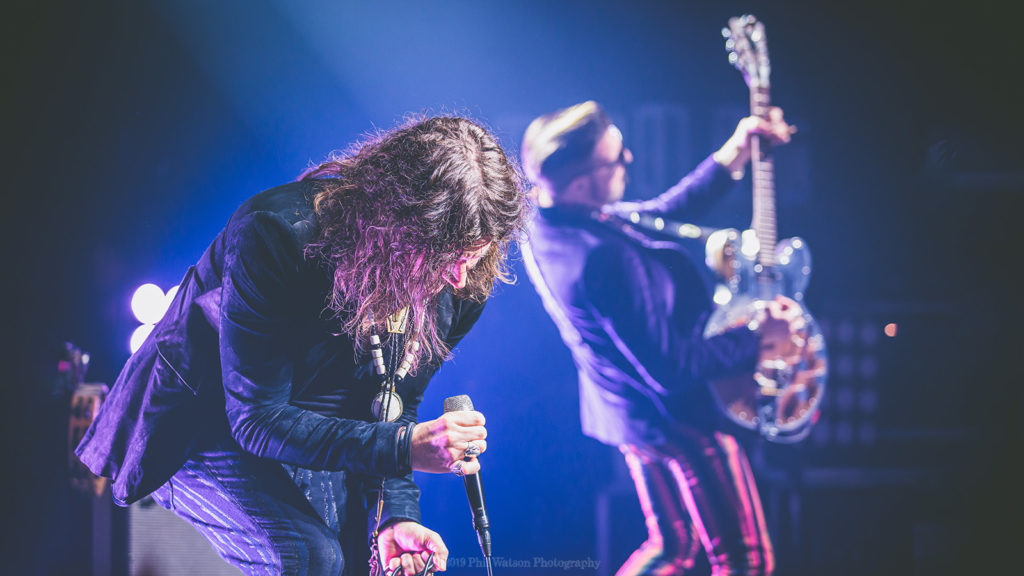 Back in March 2012, this reviewer wrote of Rival Sons’ performance supporting Black Stone Cherry at the Academy: “Chances are the Long Beach quartet will be back headlining this venue before long.” Whether seven years qualifies as ‘before long’ is a moot point, but a subsequent headline show aboard the good ship Thekla underlined the fact that their sound was already too enormous for the club circuit. Rival Sons dodged Bristol on ensuing tours as their star ascended. But this show sold out months in advance, so clearly the city had not forgotten them. 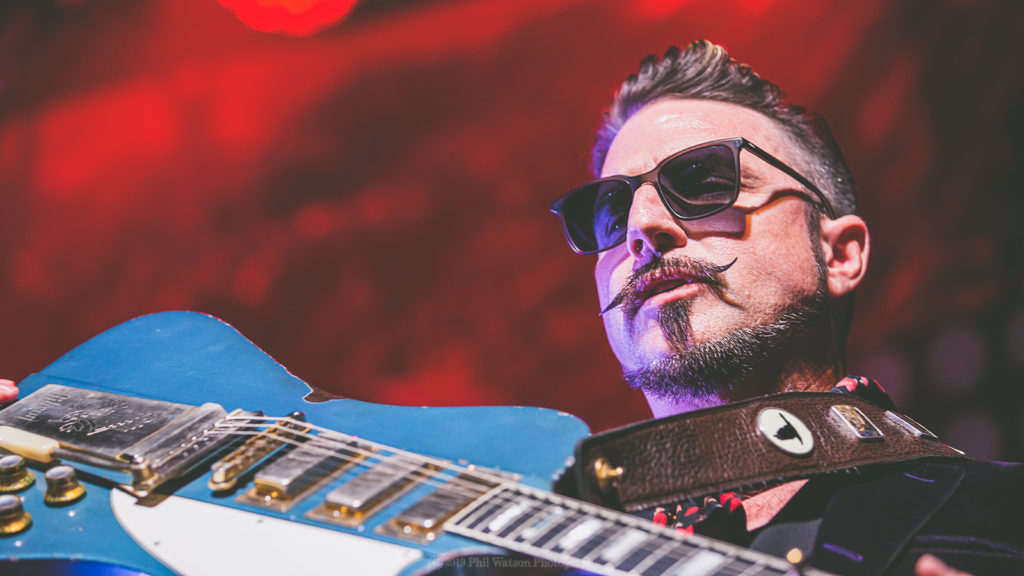 At that Thekla gig, frontman Jay Buchanan seemed to be experimenting with a more androgynous image, possibly to compete with guitarist Scott Holiday’s increasingly extravagant facial hair sculpture. Tonight he’s back in full Rock God mode, roaring his way through opener End of Forever from new album Feral Roots. Indeed, for the first 45 minutes or so the show is full-tilt, showcasing Rival Sons’ winning brand of dynamic hard rock with everything turned up to 11, from Michael Miley’s thunderous yet swinging drum patterns to Holiday’s enviably crunchy guitar tone. The response is ecstatic, especially when they dip back to that 2011 debut Pressure & Time for the title track and the now rarely aired Burn Down Los Angeles. 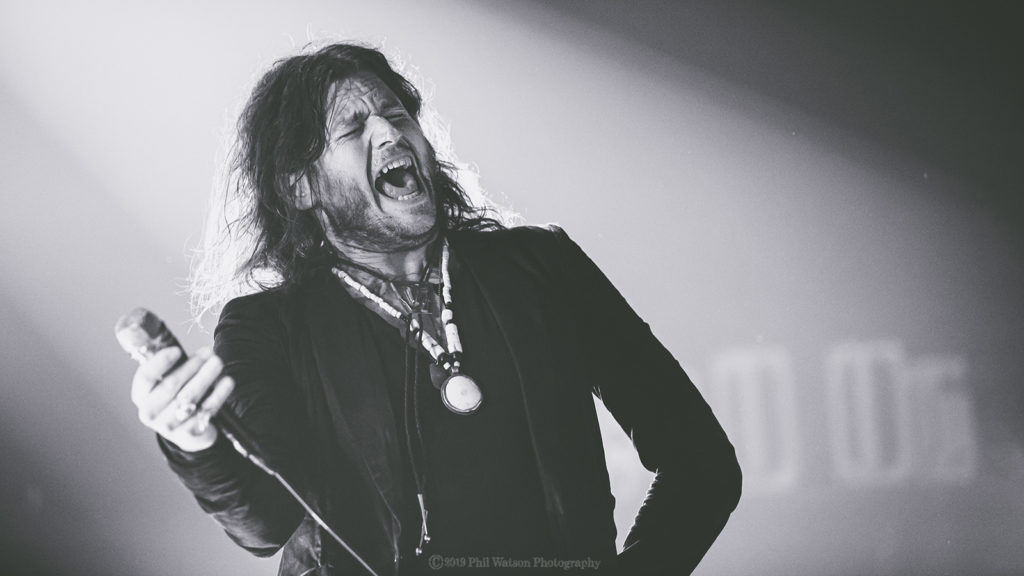 This being the last of a run of UK dates, it’s perhaps no surprise that Buchanan sounds a little ragged on occasion, so hard does he drive that immensely powerful voice. But this also gives the material an additional edge, adding a dash of gritty early Rod Stewart to his familiar Jim Morrison-meets-Paul Rodgers tones. 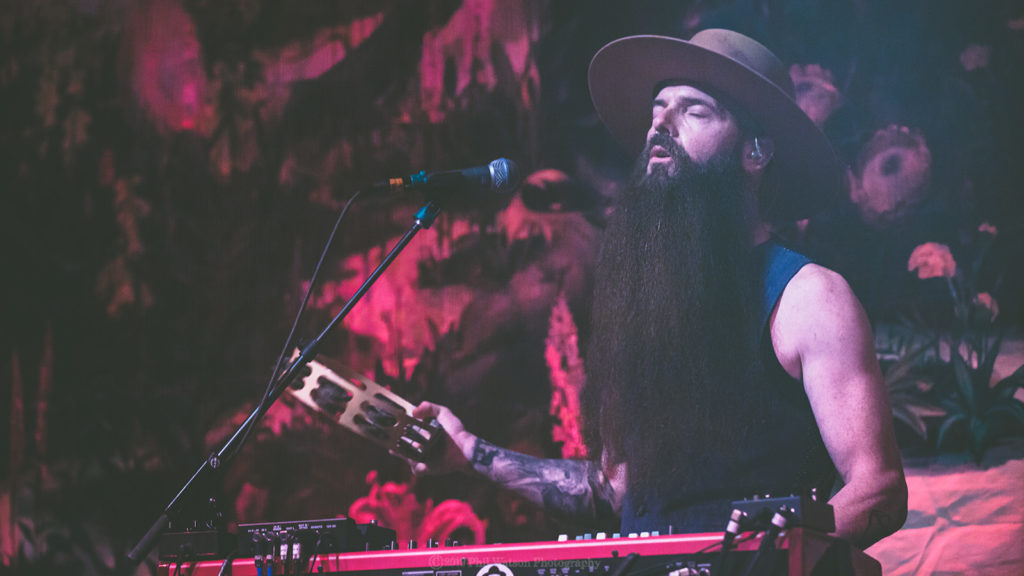 Respect too to touring musician Todd Ögren, who proves not only to be a fine keyboard player and excellent backing vocalist but also boasts one of the most lengthy and mesmerising beards in rock. When particularly animated, he seems to be able to swing it in two different directions simultaneously. 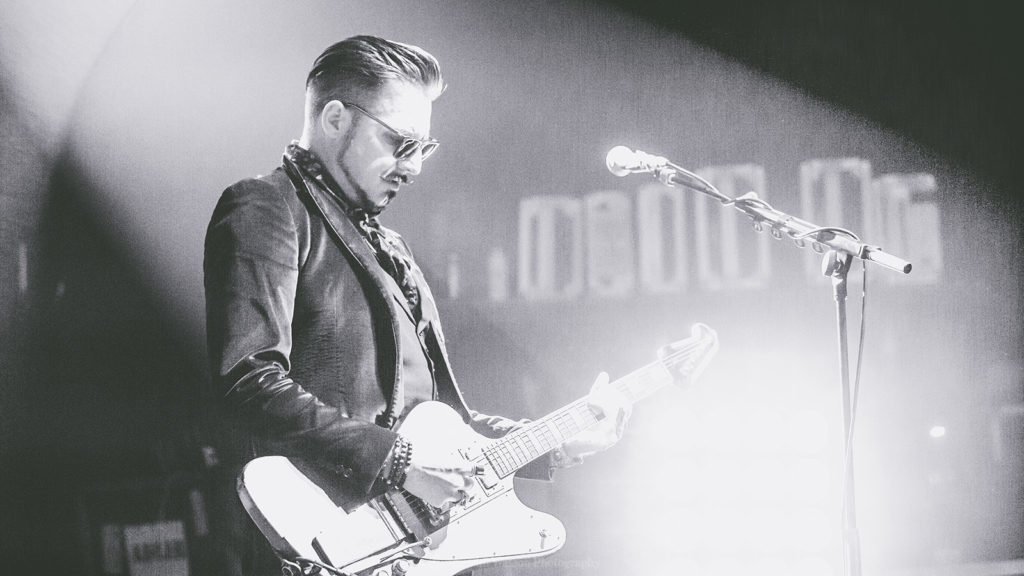 The mandatory drum solo proves as unwelcome as ever, but is at least brief and Miley plays it mostly with his hands. Holiday then breaks out the double-neck for Look Away. This introduces the show’s second half, which is more of a Led Zeppelin III kind of deal, showcasing different textures and more varied tempos. What’s particularly impressive here is that it’s the stuff from Feral Roots that really shines, notably Do Your Worst and song for our times Shooting Stars, which has everyone singing along with that “My love is stronger than your hate will ever be” line. 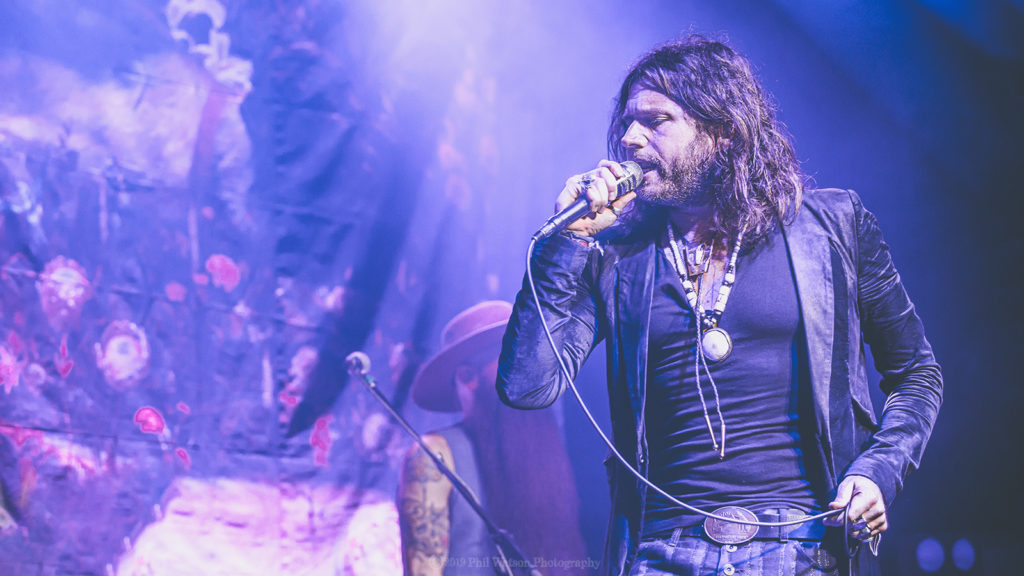 The encore brings an elongated Face of Light, which remains one of Rival Sons’ loveliest songs. Rather than leave us all mellowed-out, however, they depart on a hard-rockin’ high note with Keep on Swinging, to tumultuous applause. Don’t leave it another seven years though, chaps.