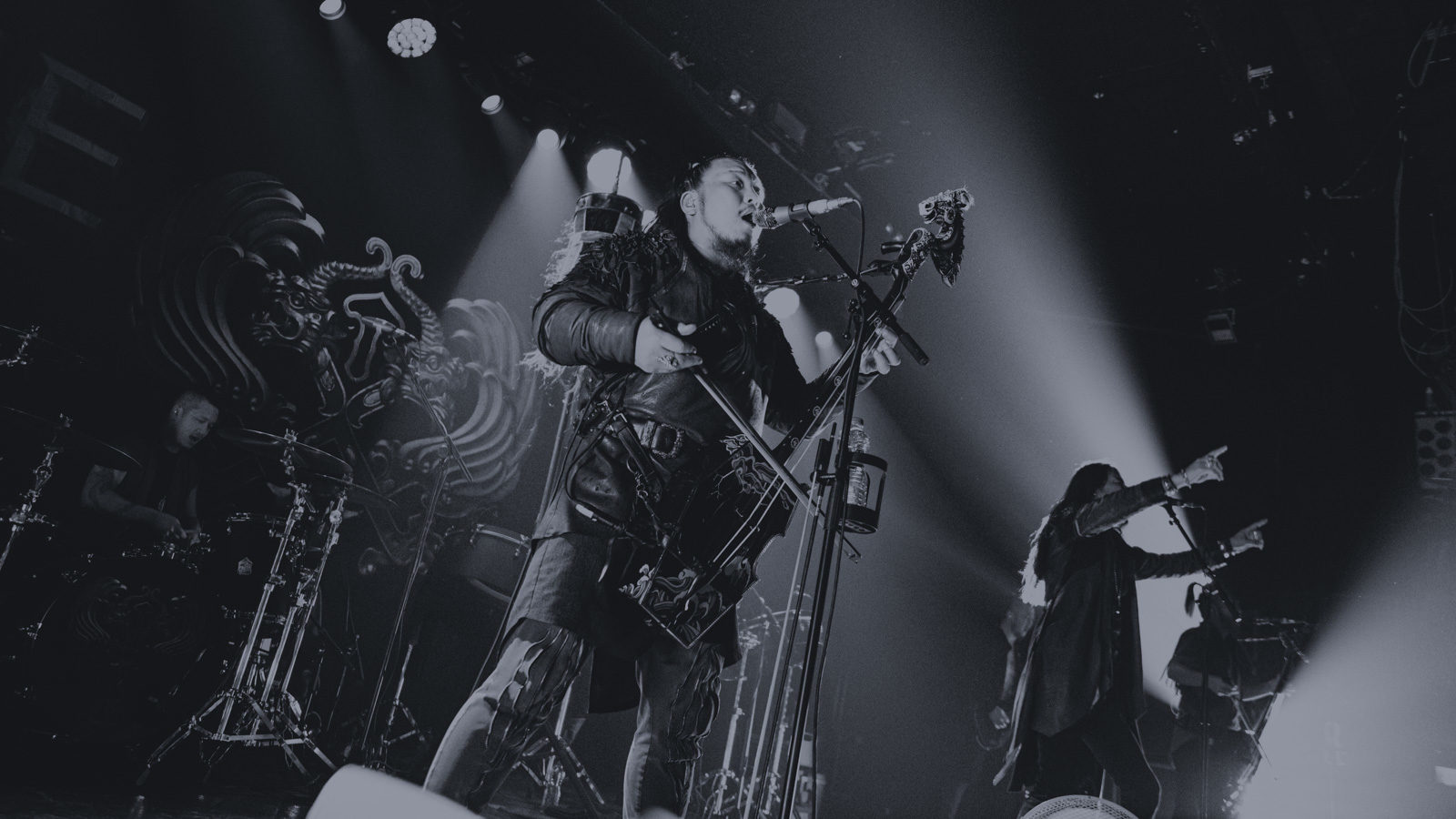 “Do we have any headbangers and metalheads here tonight?” bellows Fire from the Gods’ frontman AJ Channer.

You certainly do, sir. This tour sold out before the extraordinary current wave of mainstream media interest in Mongolian metallers The HU, so astutely orchestrated by their UK publicists. This means that while the audience is a tad more diverse than the usual metal crowd, most of us have been drawn by a desire to rock rather than any dodgy world music exoticism. 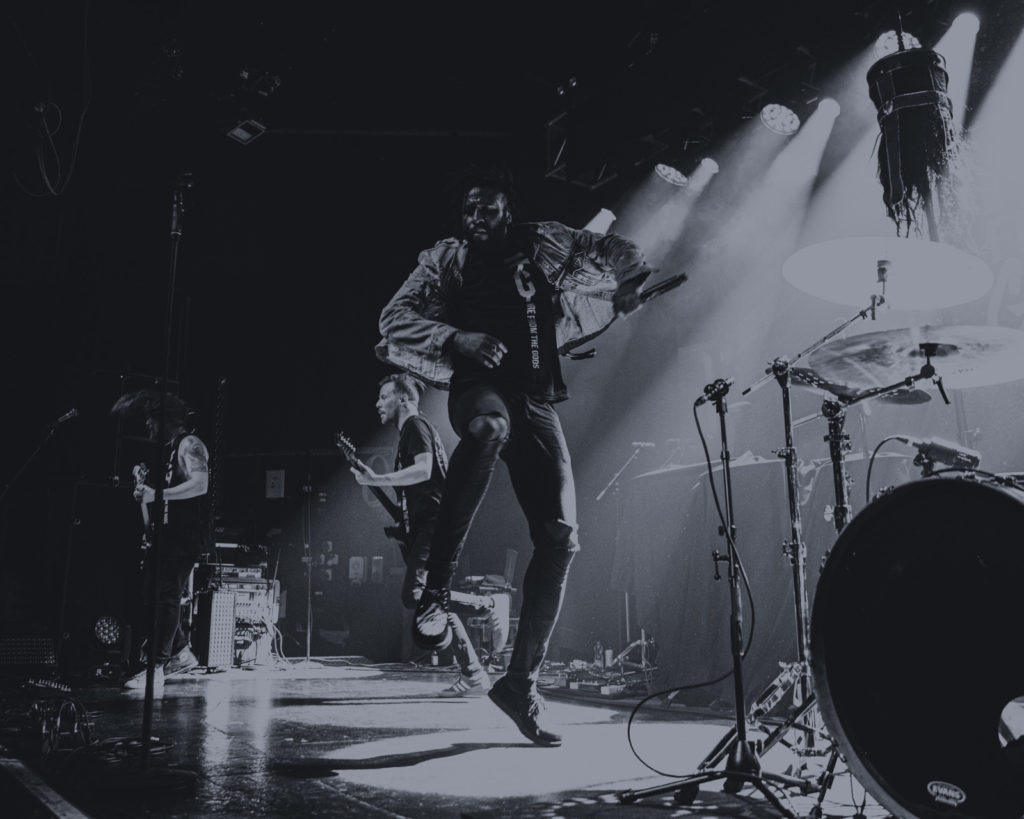 The latest in what is now a lengthy tradition of genre-bending, tribe-uniting and often highly political acts (see also Fever 333 at SWX last year), the Texans’ fusion of dancehall and metal club is certainly intriguing on record. On stage, however, metal is very much the dominant flavour. This is their first visit to the UK, and they’re clearly energised by the opportunity to play in front of capacity crowds on such a high-profile tour, Channer kicking off with a mighty roar. While the guitars initially sound like a bunch of angry wasps trapped in a jam jar, the mix is swiftly sorted for this high-energy performance. 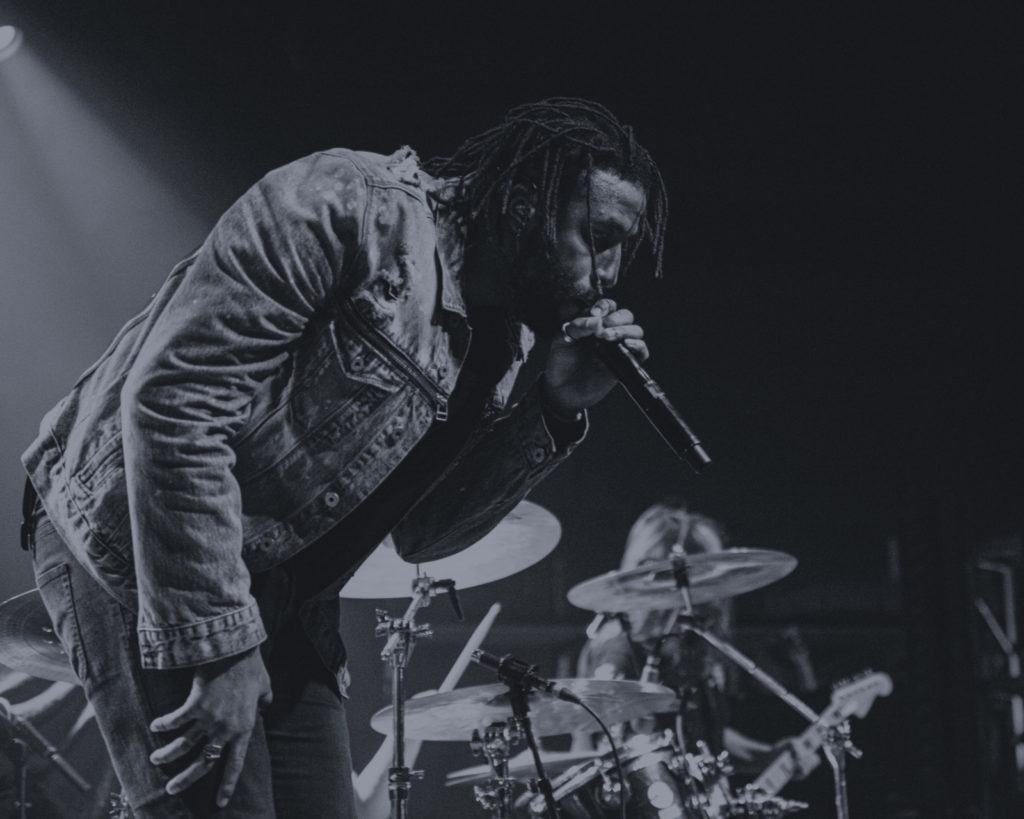 Musicians have to be pretty adept to pull off such a multiplicity of styles. Fire From the Gods nail it, though it’s something of a mystery why they swap bass players for just one song. And while Channer’s accent seems hard to place, Professor Google subsequently reveals that the globetrotting Jamaican-American grew up in Ghana and the UK. 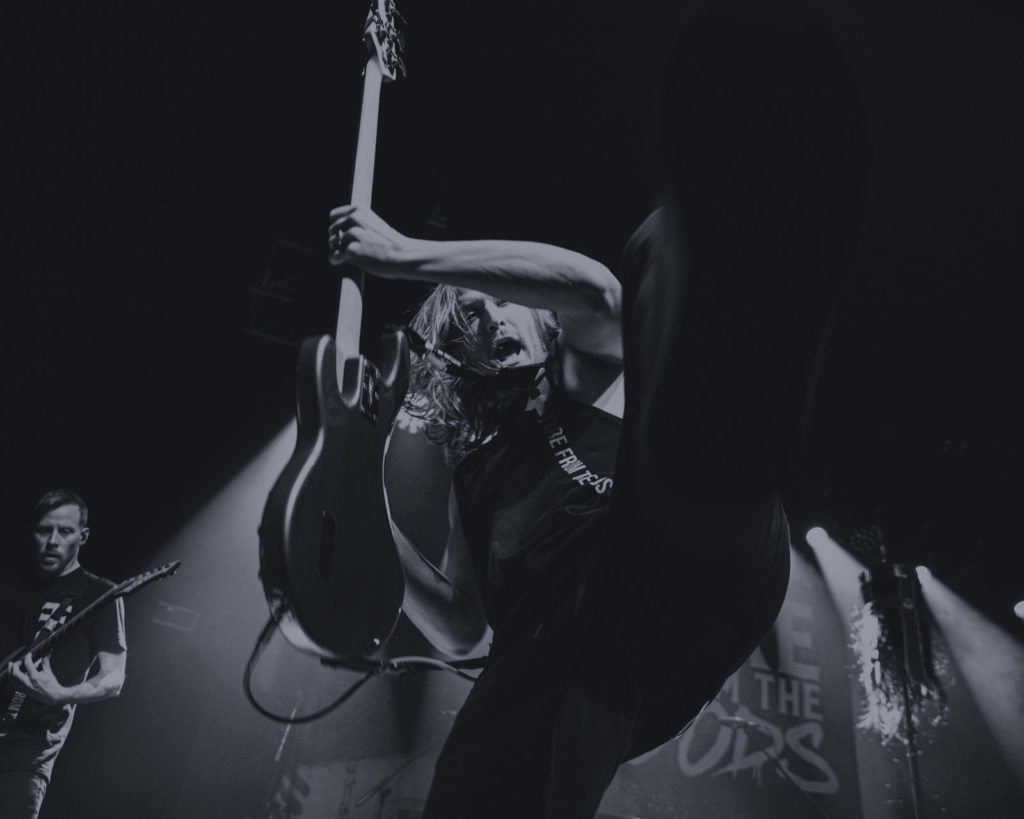 If some of their songs are characterised more by bludgeon than subtlety, they save the best till last, the melodic likes of End Transmission, Fight the World and Right Now showcasing their most potent fusion of styles. 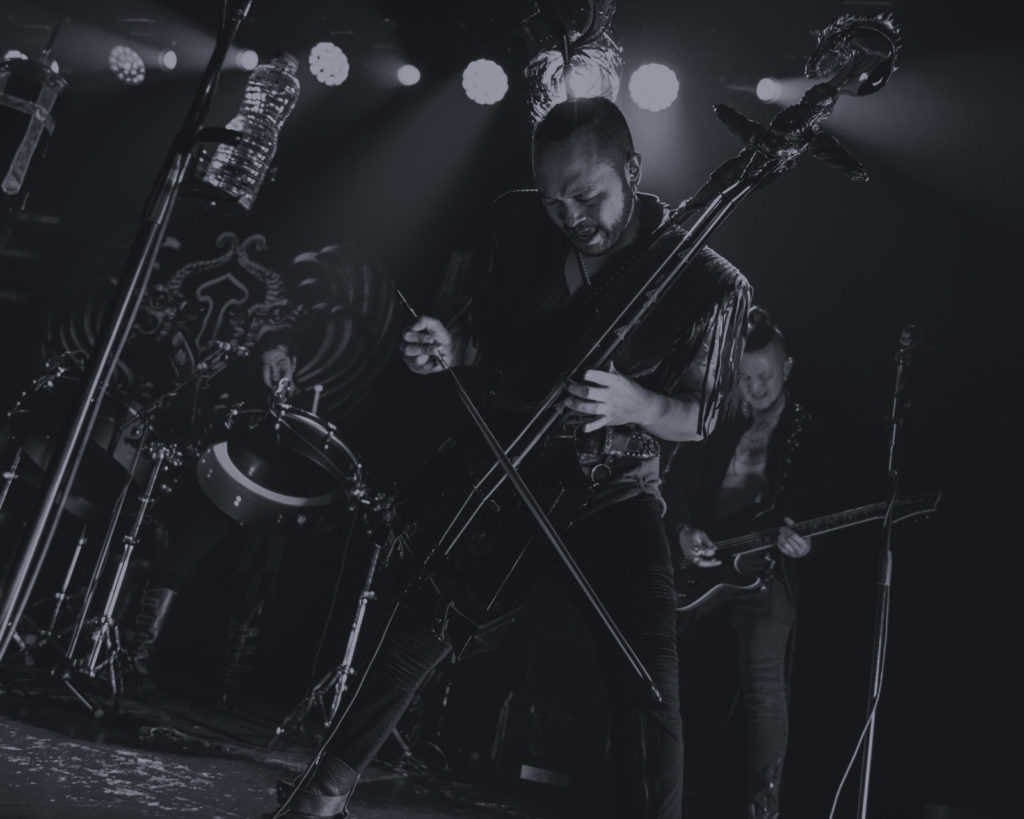 There was comparatively little fanfare when The HU played SWX on their first visit to the UK last June. This time, they arrive to a flurry of mainstream media interest (glowing broadsheet profiles, an appearance on Radio 4’s Loose Ends, etc) as hacks arrive rather late at the realisation that, despite being maligned by the lazy and ignorant in the country that originated it, metal is a universal language, inspiring and exciting musicians around the world. Rather than simply aping the likes of Iron Maiden and Judas Priest, the best of them bring their own culture and instrumentation to the form. The classically trained members of The HU are no exception. They started off playing their favourite Metallica and Lamb of God riffs before composing their own material. 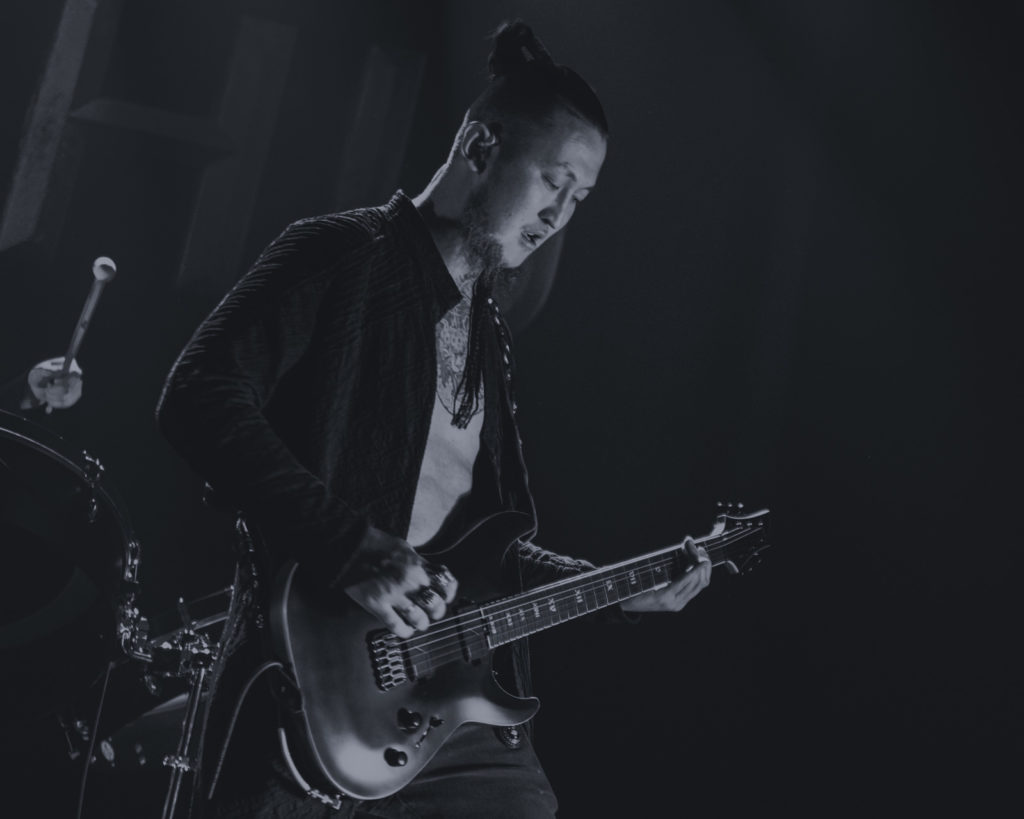 As a consequence of constant touring, everything’s been kicked up a notch since that SWX show. The sound mix – always a challenge with eight musicians playing a mix of electric and acoustic instruments – is clearer. Long-haired Nyamjantsan Galsanjamts, aka Jaya – the most rock star-ish HU man – takes advantage of the larger stage for plenty of air-punching and headbanging. The set is better sequenced, especially now that we’ve had time to acquaint ourselves with debut album The Gereg (named after the diplomatic passport devised by Genghis Khan himself, fact fans), which hadn’t been released back then. And although they didn’t speak a word to the audience last time, they’ve learnt a few rudimentary English phrases now. “Next song of woman,” announces Jaya, introducing Song of Women. “This song for all woman.” 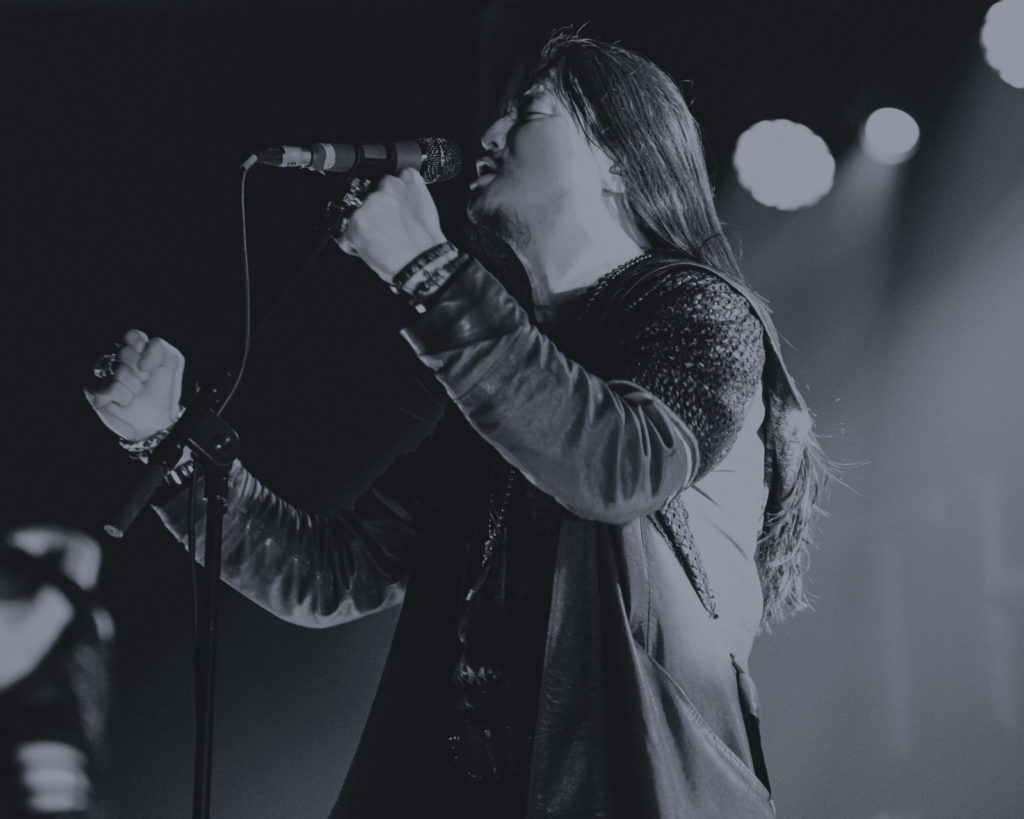 A close cousin of the harsh vocals of death metal, guttural throat singing remains a perfect match for metal, especially when performed en masse, while the whinnying of those horeshead fiddles played by Galbadrakh Tsendbaatar and Enkhasaikhan Batjargal is strongly reminiscent of the wailing of electric guitars. Equally powerful is their use of two drummers – one using a conventional kit, the other handling traditional percussion – who drive everything along with a furious rhythm when acting in consort. 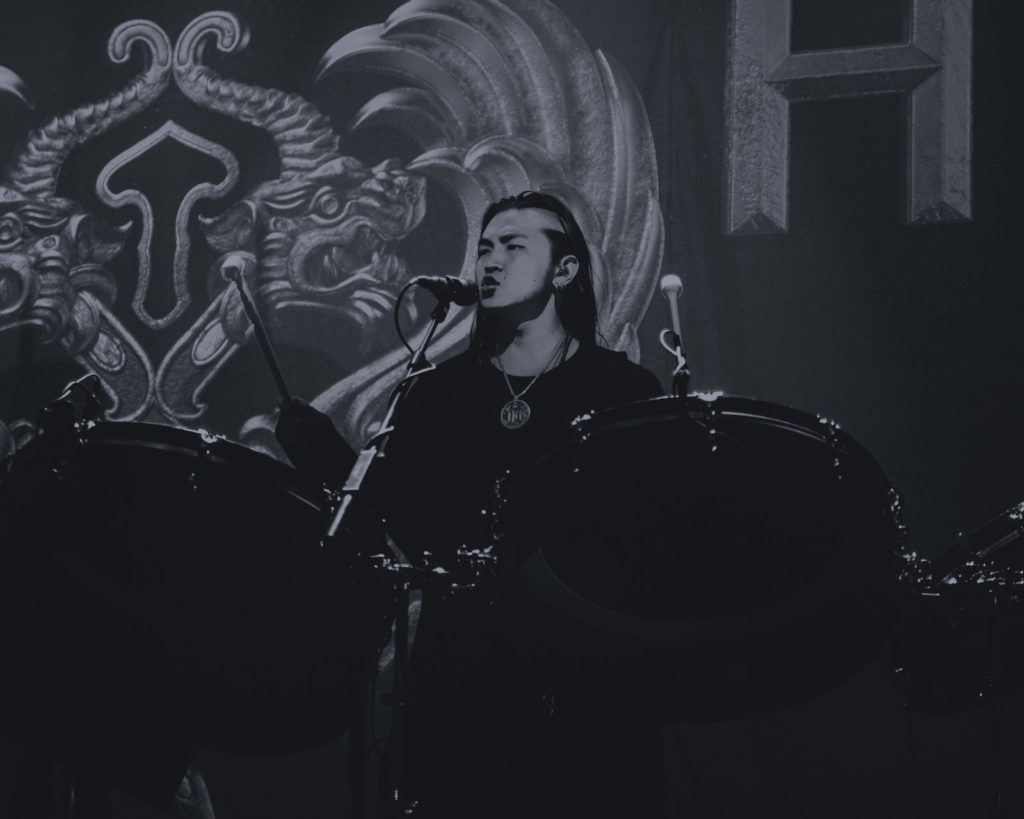 A proper metal subject, Genghis Khan has previously inspired everyone from Iron Maiden (Genghis Khan) to, er, Bad News (Warriors of Genghis Khan). In “What have the Romans ever done for us?” tradition, The HU are prepared to overlook their revered emperor’s bellicose tendencies to highlight his cultural and political achievements. The Great Chinggis Khaan is every bit as heavy and brooding as this demands, but there’s also no shortage of musical diversity on display here. The loping Shireg Shireg is built on a chirpy tune performed on the tsuur (that’s a Mongolian flute), while the lengthy, hypnotic Song of Women takes a turn into psychedelia and wouldn’t be out of place soundtracking a Godfrey Reggio flick. 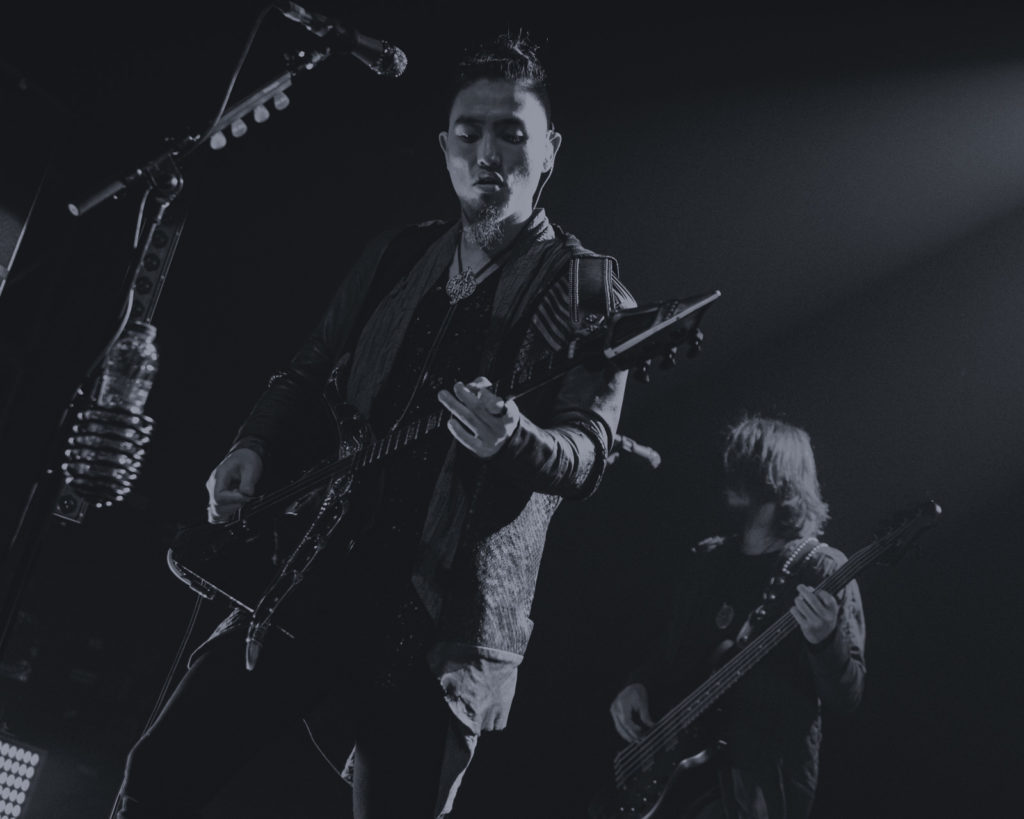 Inevitably, those initial viral YouTube hits Yuve Yuve Yu and Wolf Totem get the biggest audience response. By the time they reach the end of their set, The HU have gone full Metallica with the guitar turned up and top-knots flailing as they rock out in crowd-pleasing style. There is, however, a limitation in playing a headline show when you’ve only got the one 48 minute album to draw on. That’s laid bare when they’re called back for an encore and play Wolf Totem all over again. Sometime soon they’ll have to take a break from all that conquering to write some new songs.