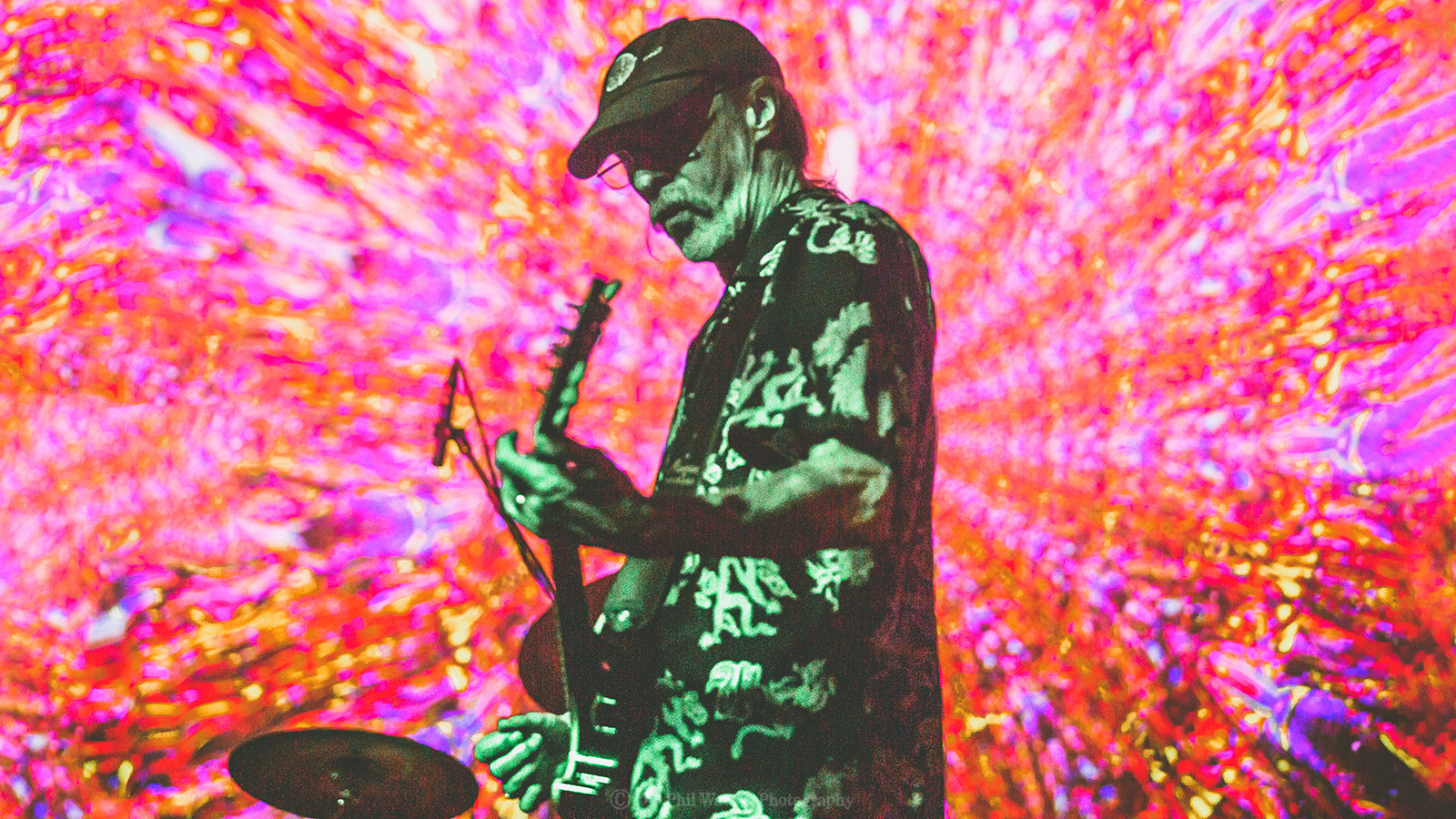 Think of a Hawkwind gig and you picture a full-on sonic attack accompanied by brain-frazzling imagery. Tonight we get . . . dogs. Big dogs, little dogs, happy dogs, sad dogs. One dog appears to have an enormous tongue. Another proudly displays what can only be described as the dog’s bollocks.

This, it should be added, is not technically part of the show. The Hawks have teamed up with the DogLost website to screen images of lost and stolen dogs from each area reached on this extensive 50th anniversary tour. They’re also supporting the campaign to have dog theft taken more seriously (sign the petition here). It’s a simple yet brilliant idea and certainly makes a pleasant change from watching roadies’ arses as they set up the gear. 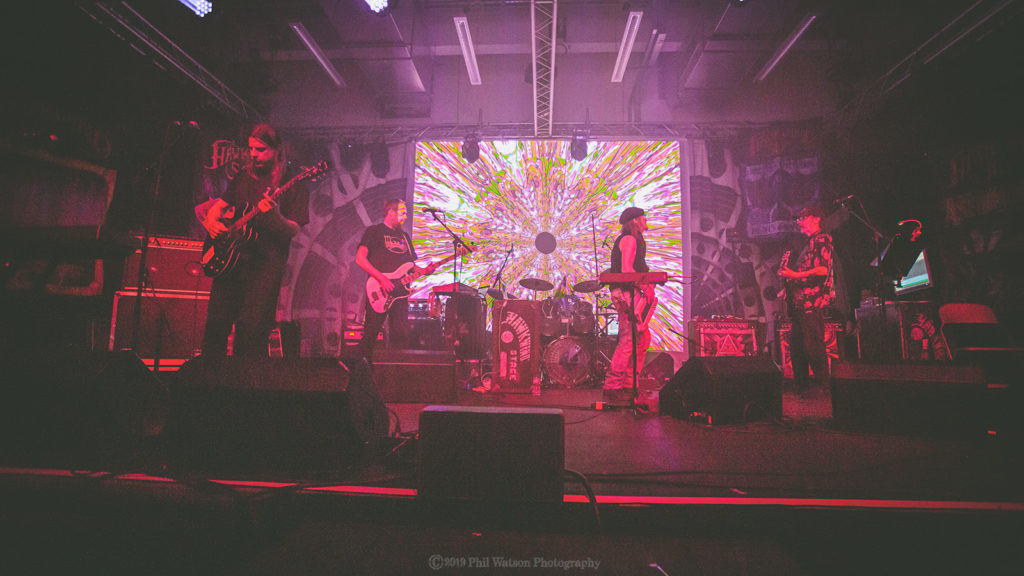 We’ve spent all year being reminded of the great stuff that happened half a century ago: the Moon landing, the Woodstock and Isle of Wight festivals, er, the Manson murders. 1969 was also the year in which 28-year-old former busker Dave Brock – already rather too old to be a pop star, you’ll note – got his shit together and founded the UK’s first major space rock band. Fifty years on, these free festival stalwarts are back in the charts with their 32nd (depending on what you choose to include) studio album, All Aboard the Skylark, and are celebrating with another nationwide trek that winds up at the Albert Hall later this month. 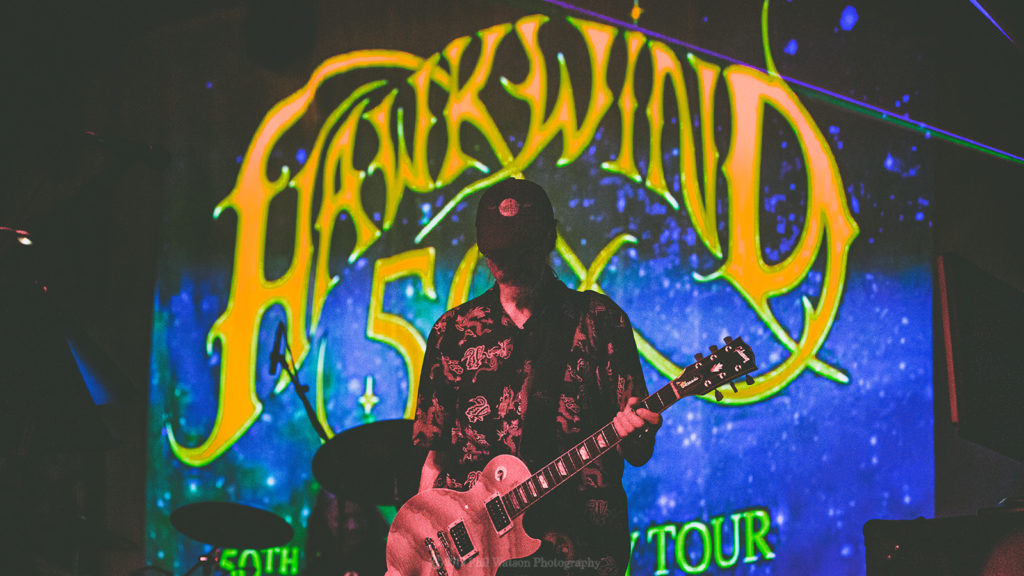 The Anson Rooms, it must be said, is not an easy gig. Resembling a giant shoebox, it’s a difficult venue in which to conjure up any kind of atmosphere – especially for a band like Hawkwind, who rely upon total immersion for full noggin-frying effect. They start rather tentatively with Motorway City before unveiling two songs from the new album: the Soylent Green-esque Flesh Fondue and Last Man on Earth, which is described as part two of Brock’s prescient environmental protest song We Took the Wrong Step Years ago from 1971’s In Search of Space, “only with two chords instead of one”. Yep, this is all serious dystopian end-of-the-world stuff, which they’re well aware makes for an unlikely anniversary celebration. 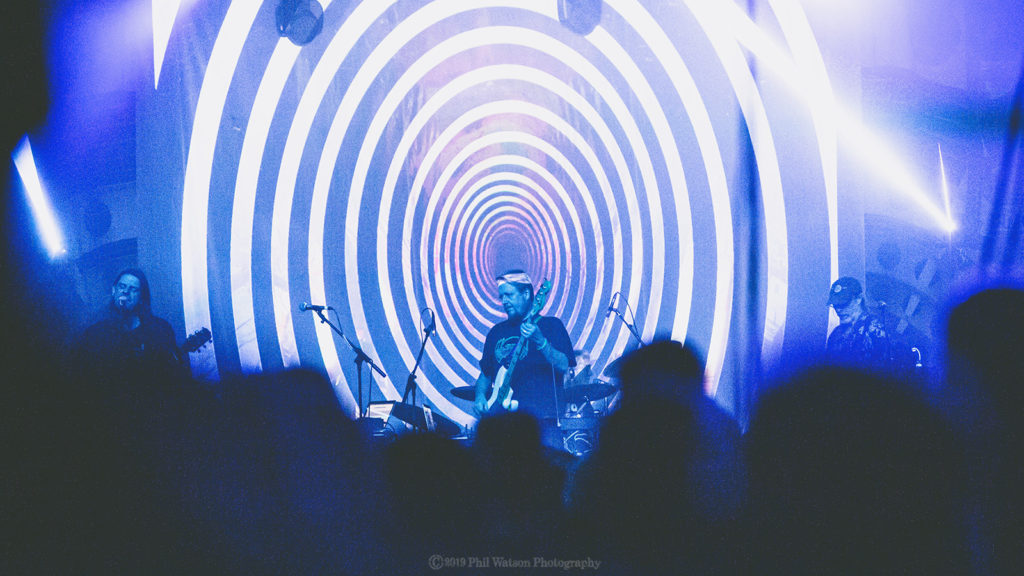 Then comes The Song of the Gremlin from the late Robert Calvert’s Captain Lockheed and the Starfighters album, which leads in to Born To Go. Suddenly the gig takes flight. This is proper-job showing-the-young-pretenders-how-it-should-be-done psych/space rock, driven from Hawkwind’s engine room by drummer Richard Chadwick (a mere 32 years with the band), who harries the stoner-friendly, semi-motorik chug with plenty of perky fills. Meanwhile, the twin lasers and psychedelic projections go into overdrive and keytar-toting on/off Hawk Tim Blake works himself into a theremin frenzy. Brock, who earlier complained of feeling croaky and going down with the lurgy, is in fine voice. The reliably unreconstructed, smoking ban-defying audience respond in kind. 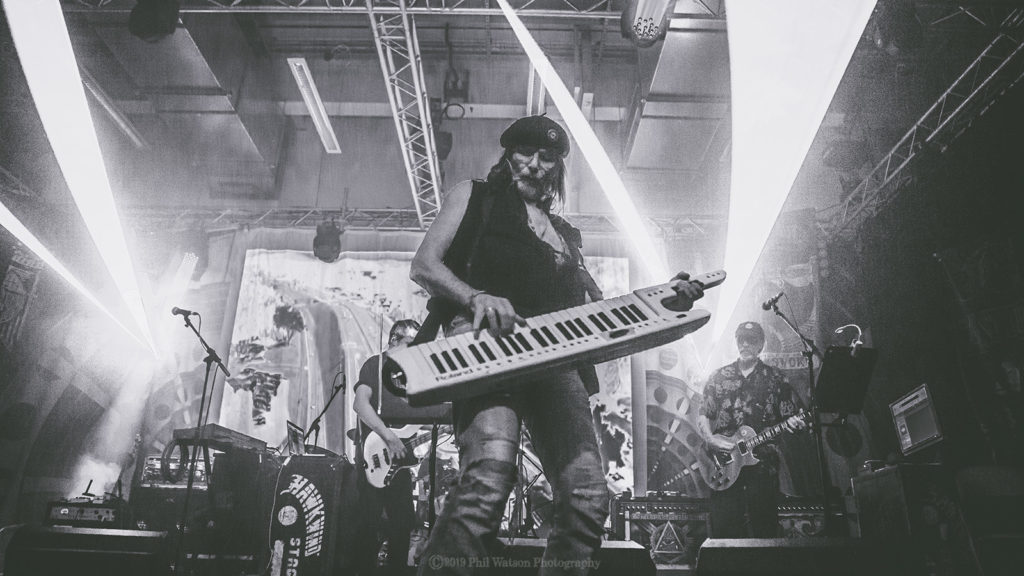 Spirit of the Age boasts Calvert’s finest lyrics, and in his absence we help Brock to sing them, while Chadwick gets to live the dream by taking the lead vocals on the hoary old Silver Machine. Speaking of vocals, The Fantasy of Faldum, the elegiac, Hesse-inspired epic stand-out track from All Aboard the Skylark, benefits from rare multi-part harmonies. 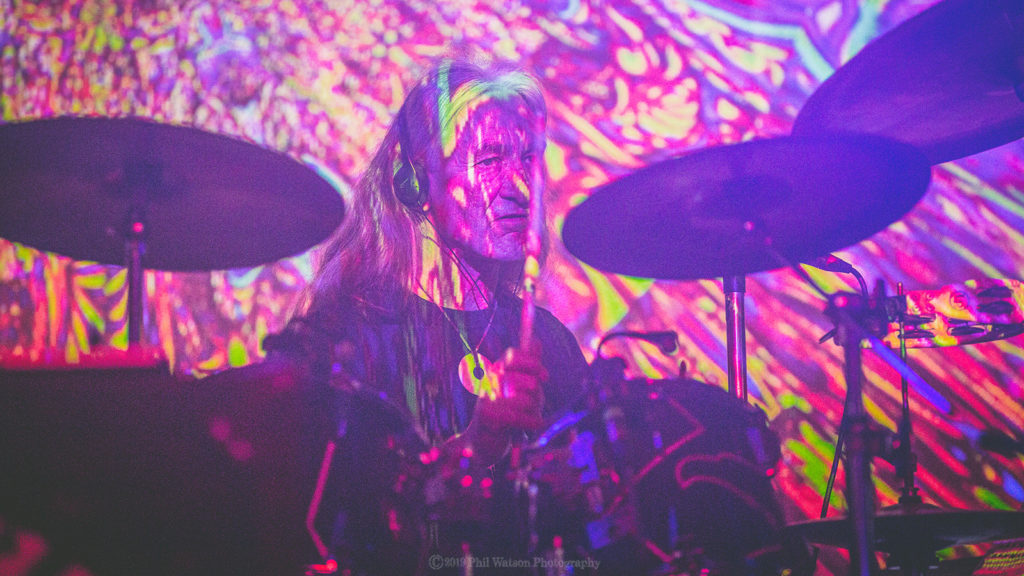 Assault and Battery is another welcome entry in the set, buoyed by Niall Horne’s bouncy bass line. But not for the first time at a Hawkwind show, we find ourselves shouting: “Turn the fucking guitars up!” With Magnus Martin as Brock’s foil, there are two guitarists on stage, but sometimes we can hear neither of them. A song as punchy as this needs its riffage to deliver the full, ahem, assault and battery to the solar plexus rather than getting lost amid the keyboards. 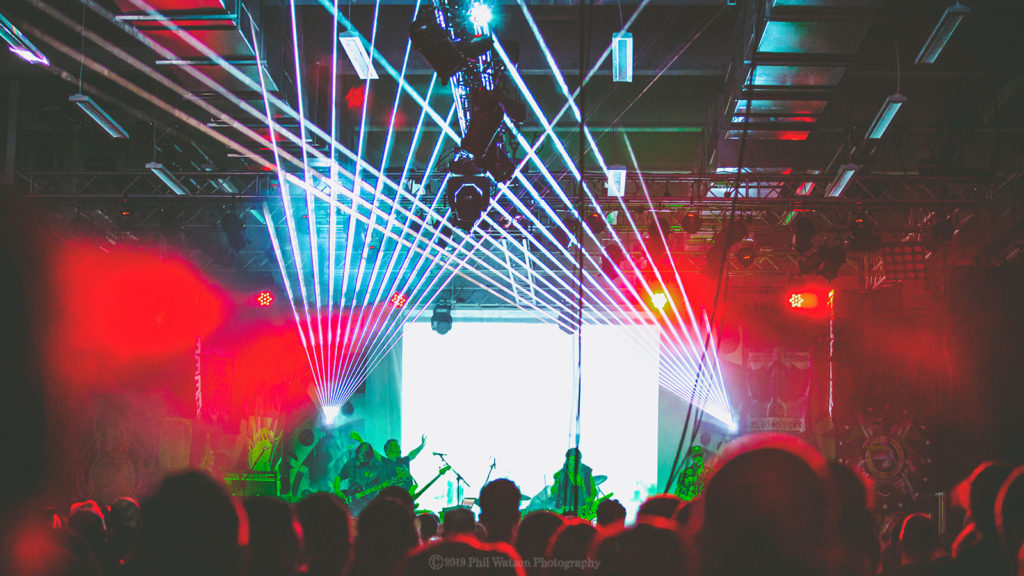 They end on a political note with a welcome revival of Right To Decide. Opening the encore with a space rock makeover of cheery singalong Hurry on Sundown is a neat touch, as this was the song that set the Hawkwind ball rolling all those years ago. Then it can only be a valedictory Master of the Universe. 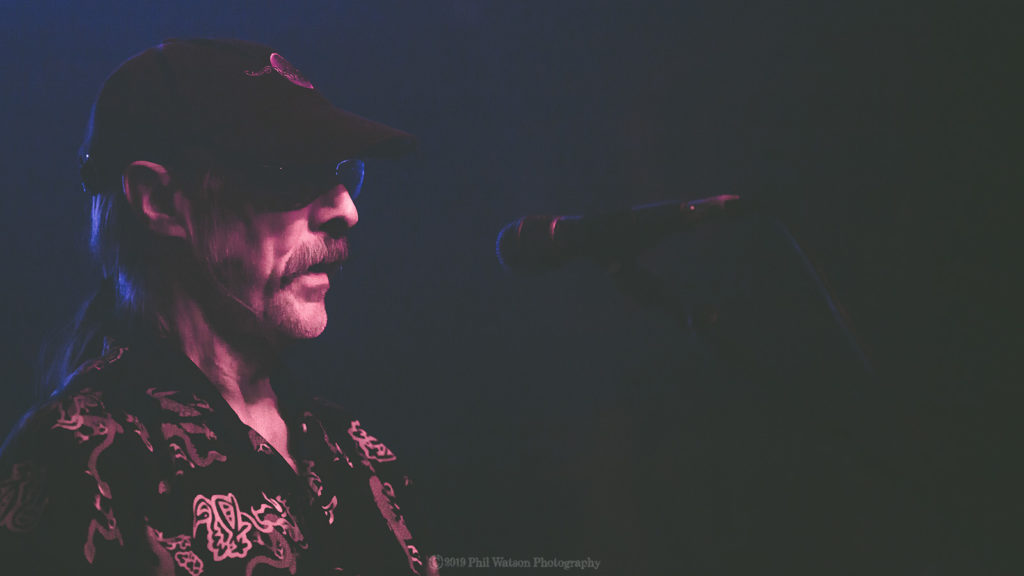 As for 78-year-old Cap’n Brock, Hawkwind’s founder and sole remaining original member, he’s like the rock equivalent of those Voyager spacecraft: defying all mission specifications as he continues to transmit data back to Earth on his journey into uncharted interstellar space . . .