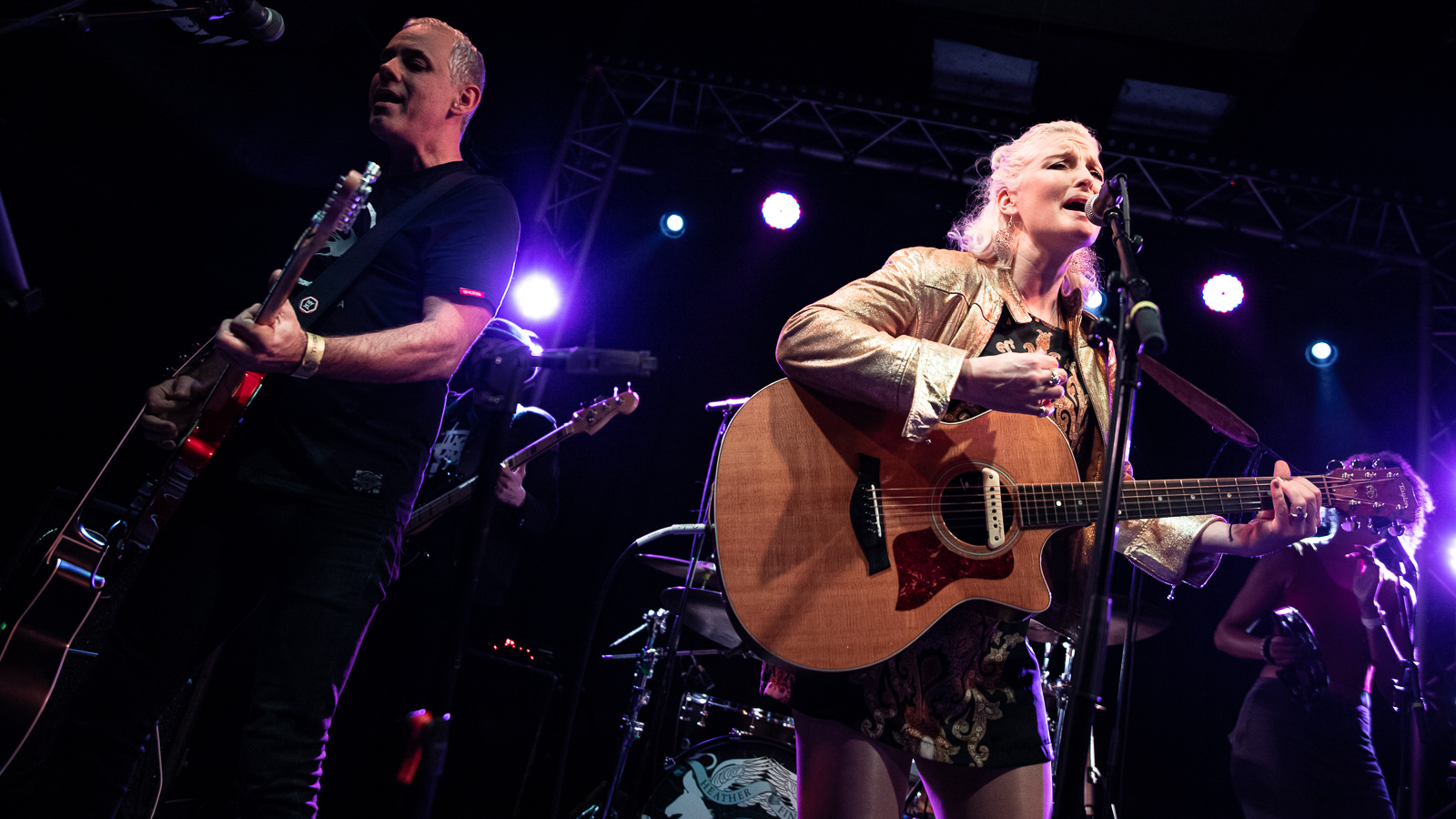 When your name is Hughes Taylor and you call your band The Hughes Taylor Band, you’re signalling to the world that there will be no fancy costumes, elaborately dressed stages or grand entrances here. It’s all about the music, man. 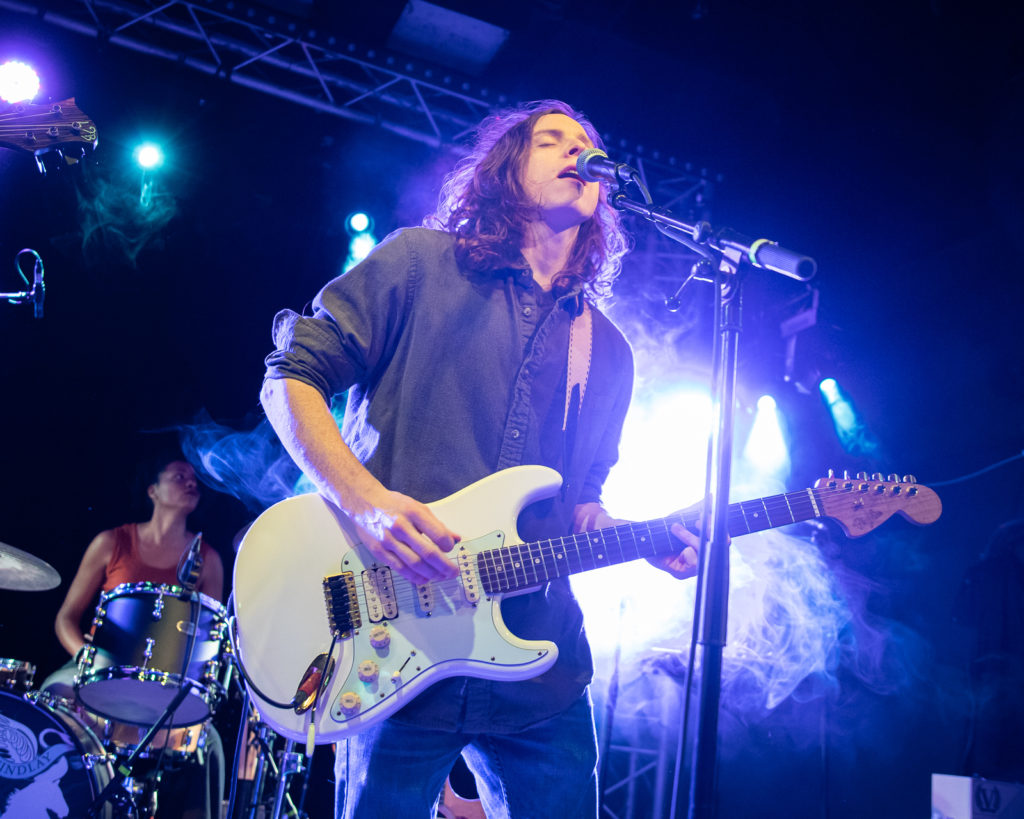 Fortunately, the guitarist is prodigiously talented in this area, leading a sprightly trio who eschew the turgidity that so often infects those beard-stroking purist blues. Hailing from Macon, Georgia (home, as if we needed reminding, of The Allman Brothers and the legendary Capricorn Records), theirs is a more fiery brand of blues-rock whose lineage stretches back to Stevie Ray Vaughan and Cream. 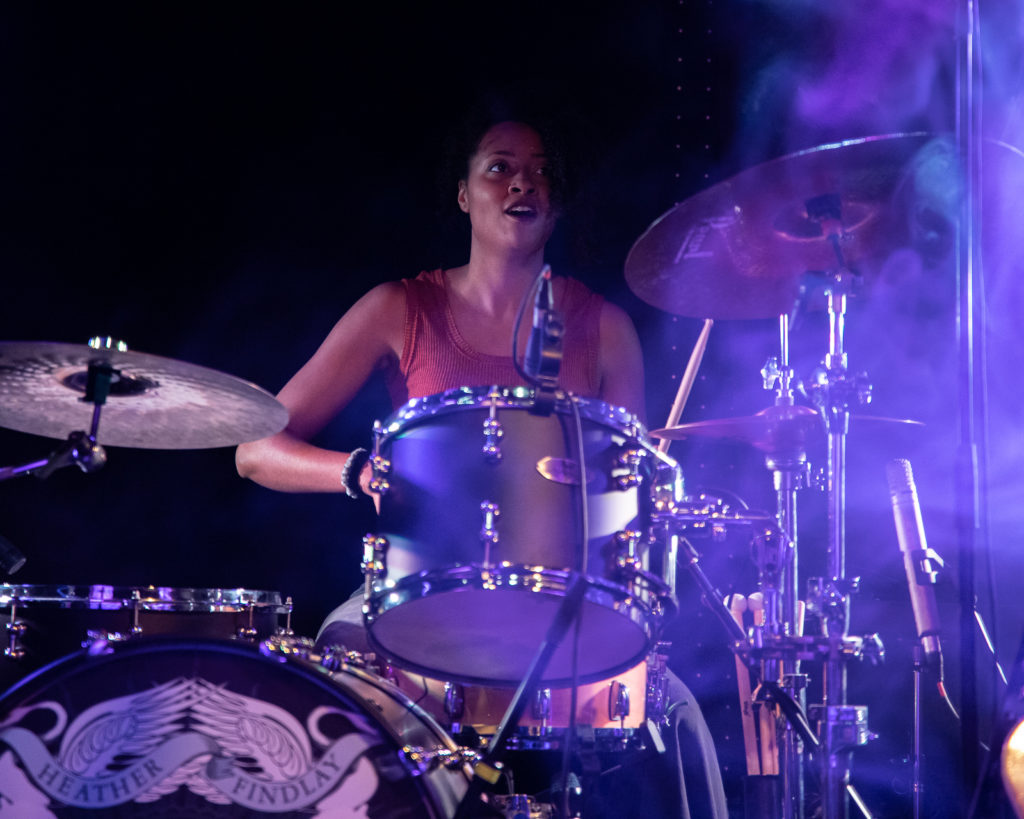 Oh, and there’s one other obvious influence. Tradition dictates that all bands of this nature must play a Hendrix cover. At least Taylor makes an effort to shake this up by melding two classics to form, ahem, Voodoo Joe. 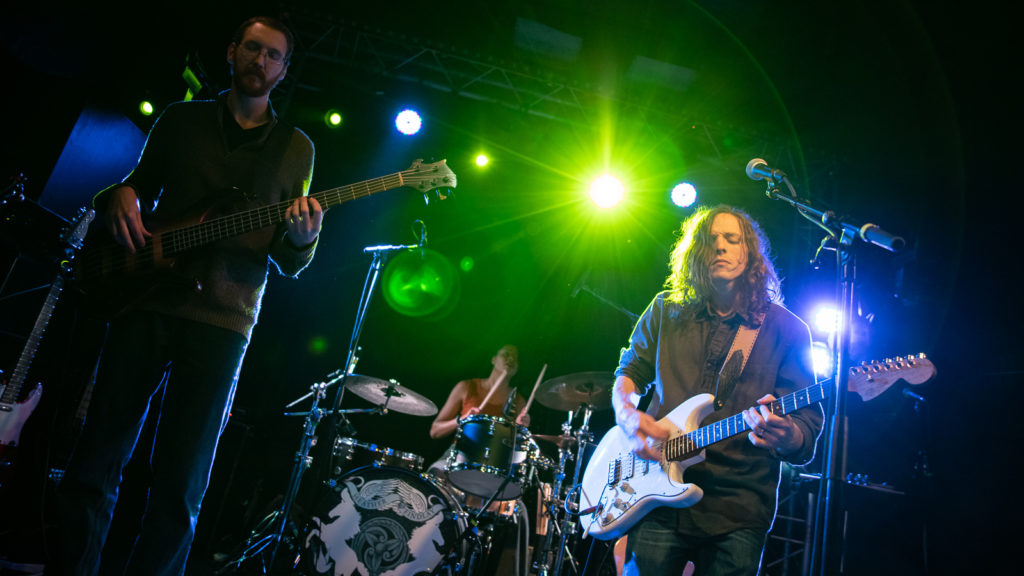 His guitar playing is better than his singing – though he apologises for losing his voice, so perhaps it’s unfair to judge on the basis of this performance. And while there’s no reinvention of the wheel going on here, it’s certainly getting a bloody good spin. It’s safe to say the trio are winning plenty of new friends on their first visit to the UK. 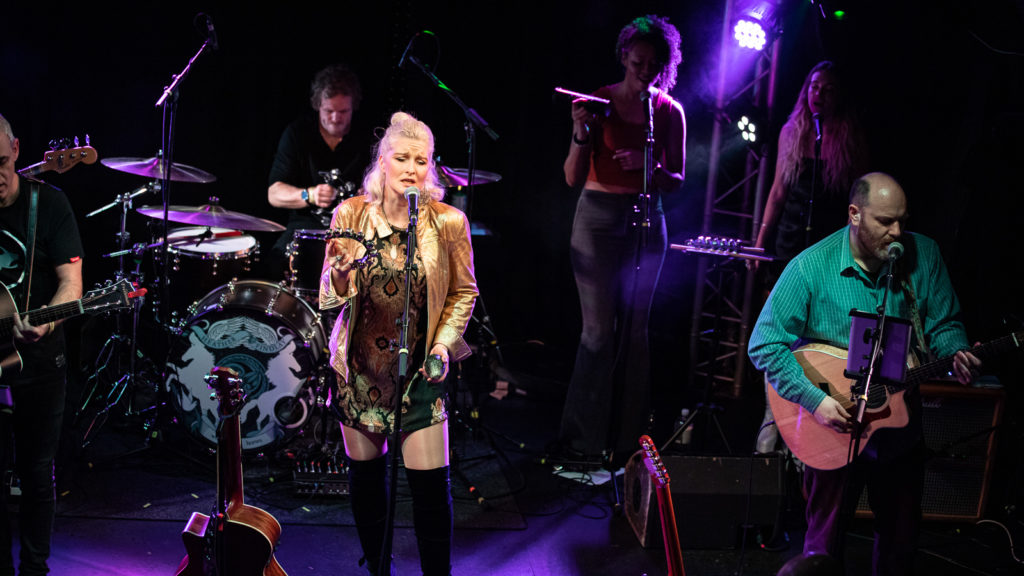 How do you fit eight (occasionally nine) musicians on the Thekla’s tiddly stage? With great difficulty. Tonight it’s keyboard player Emily Lynn who draws the short straw and is shunted off to the side of the stage. It must have cost Heather Findlay the proverbial arm and a leg to bring such a large band on tour. They’re also a boffin-heavy bunch, being possibly the only act to feature two professional psychologists on harmony vocals, alongside multi-tasking Hughes Taylor Band drummer Adriana Thomas: Georgia Rankin and Katy Burgess (or Dr. Katy Burgess to her students in the University of Bristol’s School of Psychological Science). 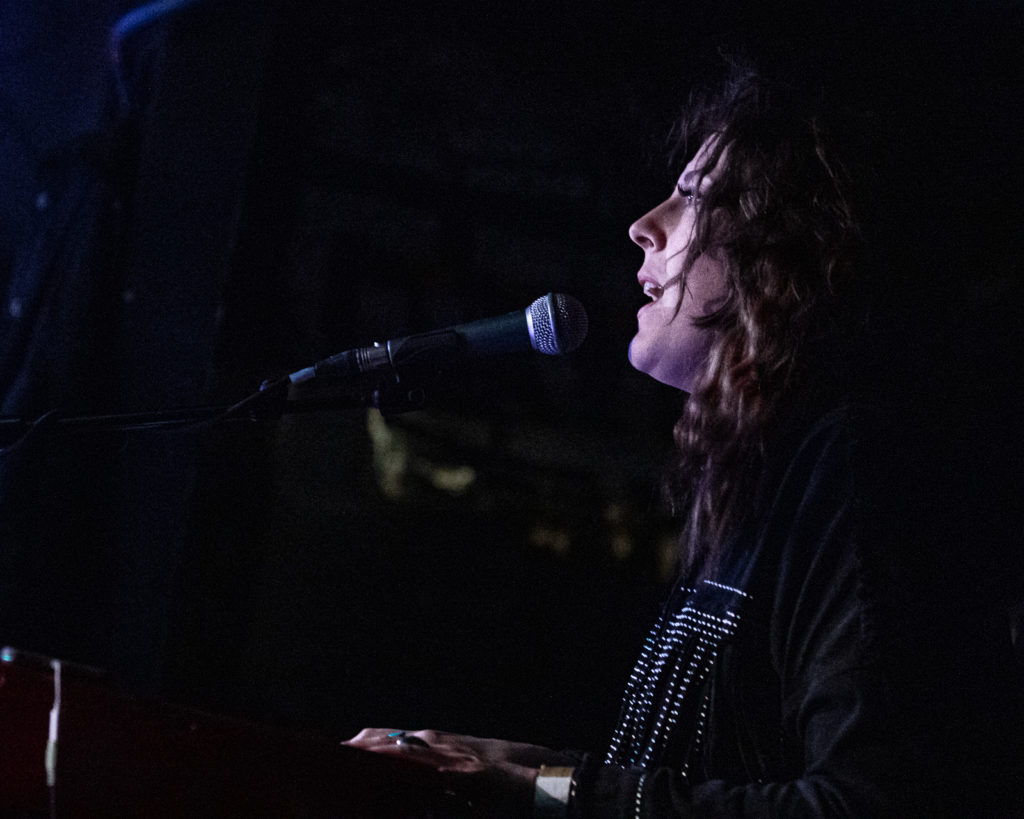 The payoff for lucky punters is that there’s no compromise in recreating the lush sounds of her labour-of-love new album, Wild White Horses. This represents something of a departure from the prog rock with which Heather has previously been associated, the chief flavour here being first-generation country rock and Fleetwood Mac (that’s mid-seventies Fleetwood Mac with Christine McVie and Stevie Nicks on vocals rather than 60s Fleetwood Mac with Peter Green on vocals, obviously). It’s also easy to detect the creative influence of Thunder guitarist and producer/co-writer Luke Morley, especially his now apparently defunct rootsier side-project The Union. 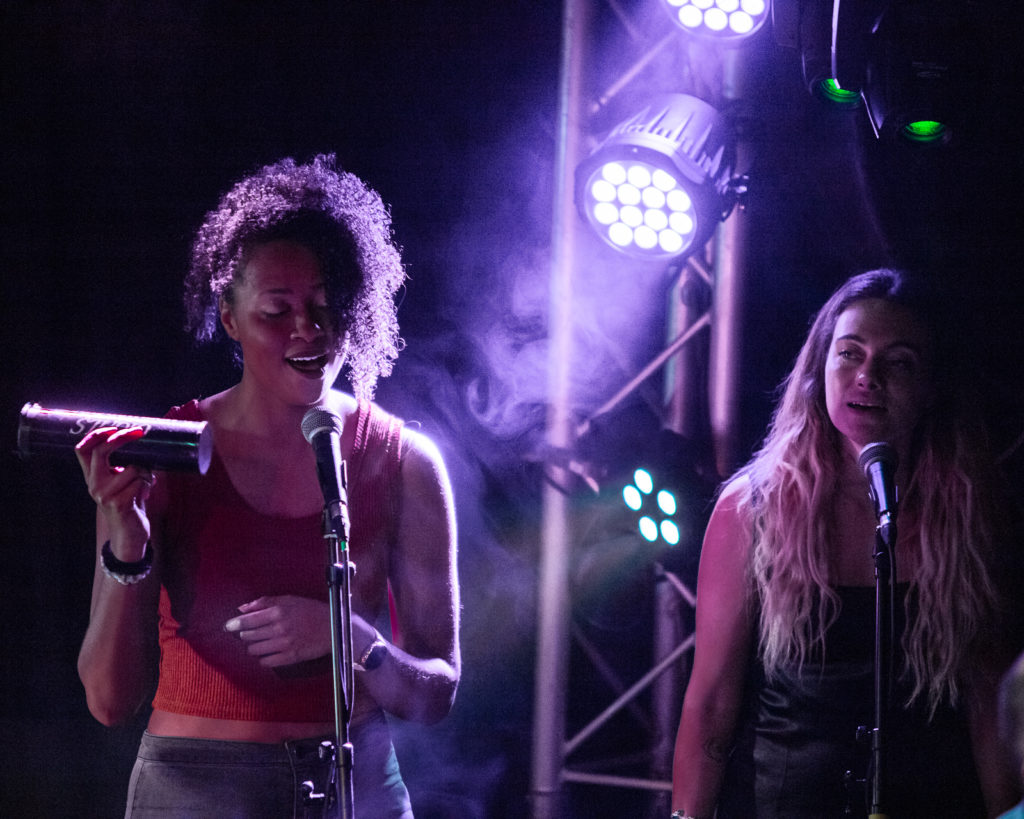 Had these songs been composed in 1974, rival coke-fuelled A&R men would be luring Heather with mountains of loot. The musical landscape of 2020 is somewhat less receptive. She also faces the challenge of retaining old fans while winning over new ones with her change of direction. Hardly a cakewalk, then. The Thekla is not exactly packed, underlining the uphill struggle she faces. 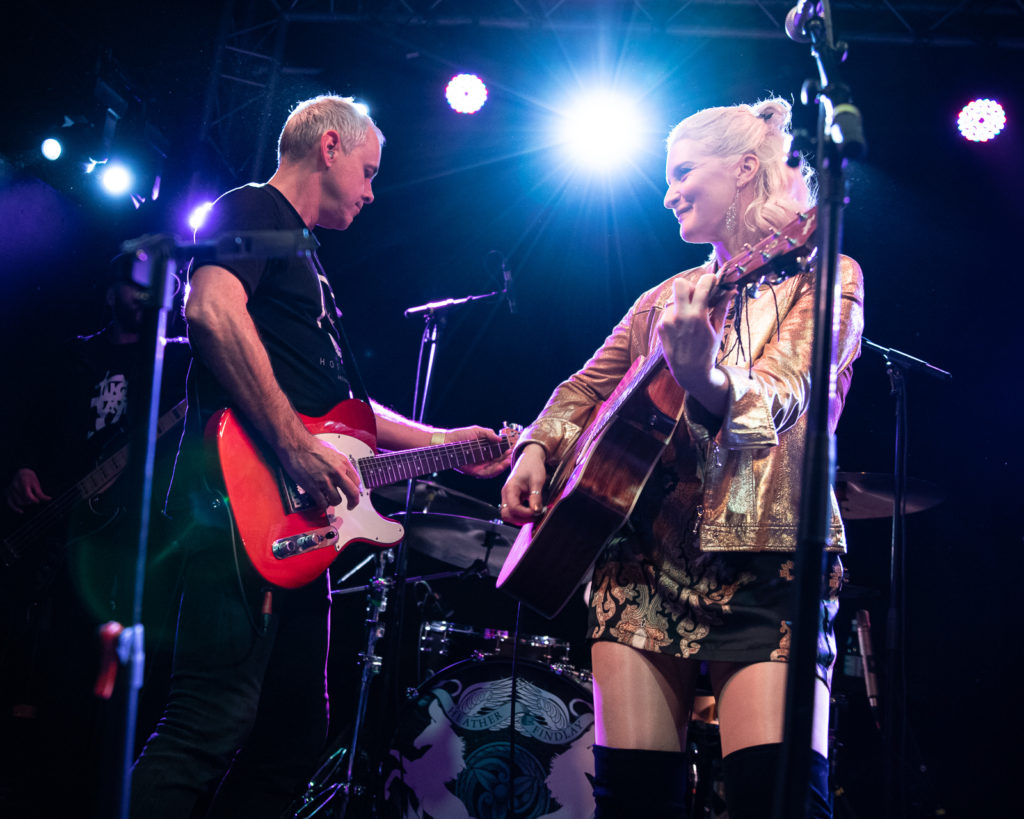 Undeterred, Heather’s vocal versatility is evident throughout, never more so than when she performs Firefly accompanied only by piano. Remarkably given that they’re just three dates in to the tour, her well-drilled band sound as though they’ve been on the road for months. There’s none of the sonic bloat that so often comes with such large ensembles, everyone playing in service of these songs with no competition for the limelight. 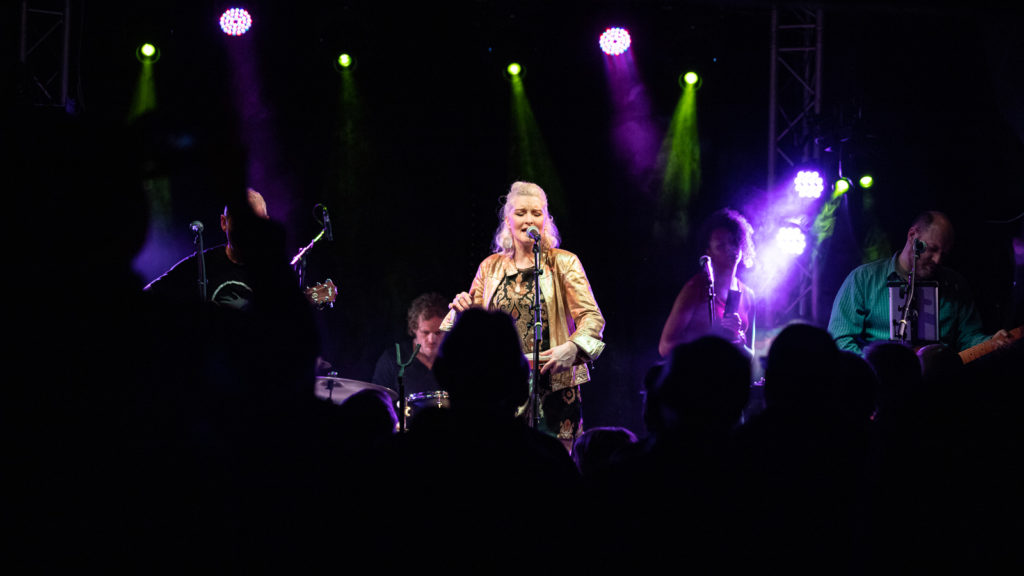 The set list showcases the diversity of Wild White Horses, ranging from the sublime hard rock of Southern Shores to the delicate The Island and raga rock of Face in the Sun. And there’s no attempt to disguise the creative well from which much of this music sprung as the set’s sole cover, Gold Dust Woman, is revamped with a dash of Led Zep. 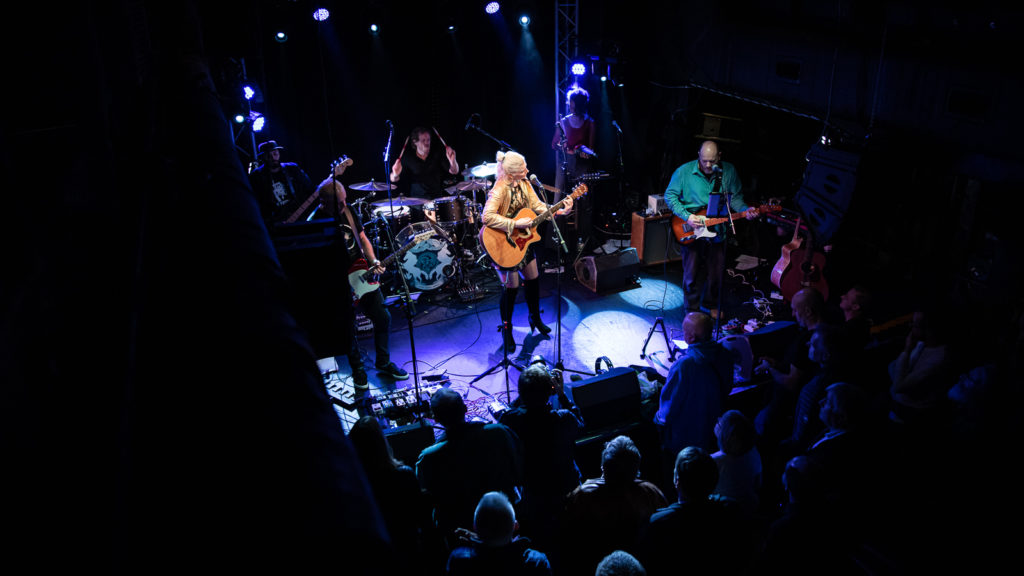 Those craving something from the back catalogue are rewarded with a dip back into the Mantra Vega project and several songs by Mostly Autumn, with Unoriginal Sin being the stand-out – proving that this band can certainly rock, in addition to the impressive feat of conjuring up that warm Californian peaceful easy feelin’ aboard a boat in the centre of Bristol on a rainy Saturday evening.