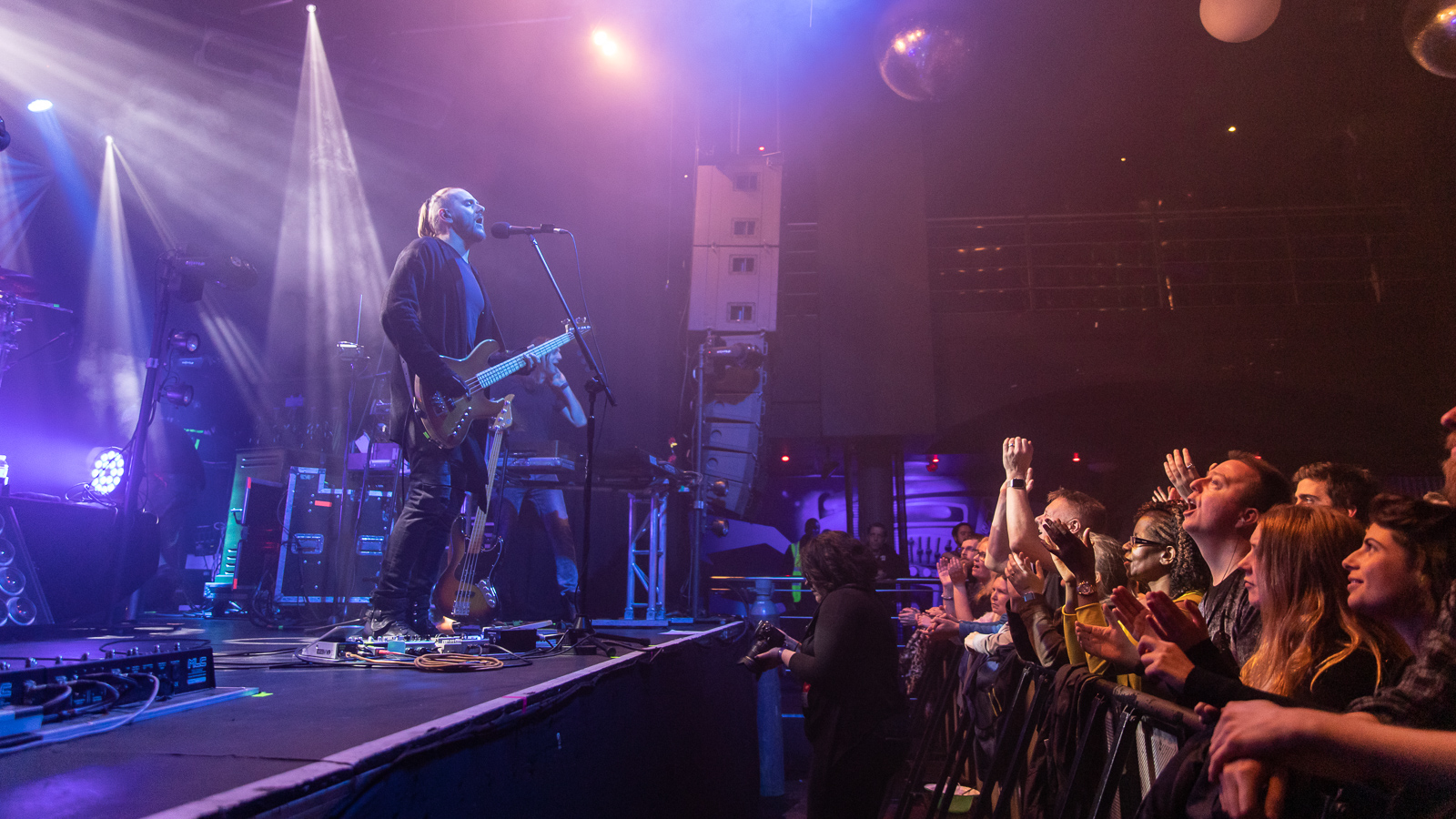 As Brexit turns predictably to shit, what better way to demonstrate our rejection of xenophobia, stupidity and the paralysed political classes than in an evening of Euro prog solidarity? When Riverside’s Mariusz Duda asks how many members of this cosmopolitan Bristol audience are from outside the UK, around half the packed crowd raise their hands. 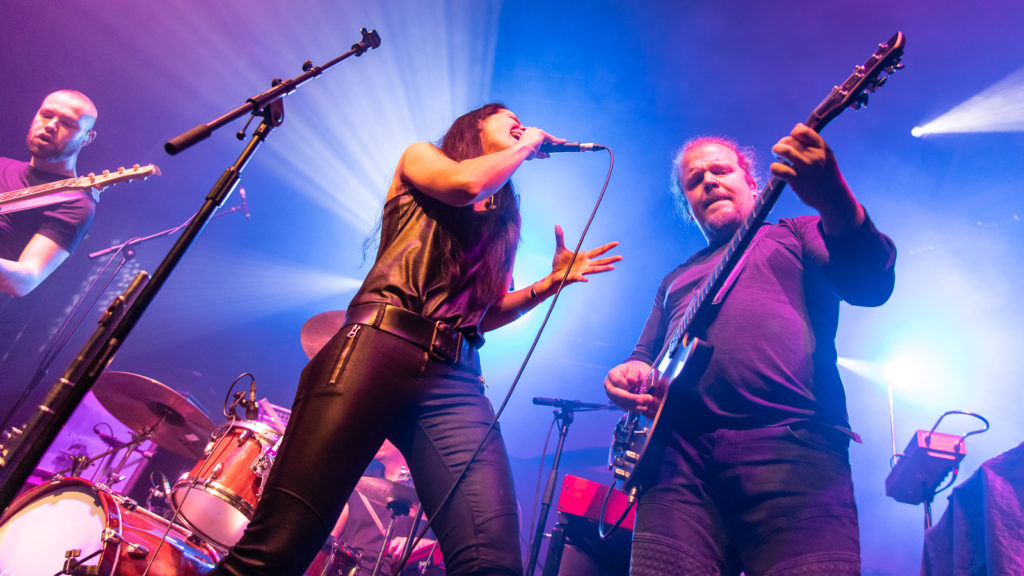 First up are – steady Brexiteers! – Maastricht quintet Lesoir, and ain’t it grand to encounter a prog band in which it’s the women who do all the musical multi-tasking? On lead vocals, piano and flute, Maartje Meessen is very much the focal point, and it all works deliciously when she harmonises with Eleen Bartholomeus (guitar, keyboards, percussion). 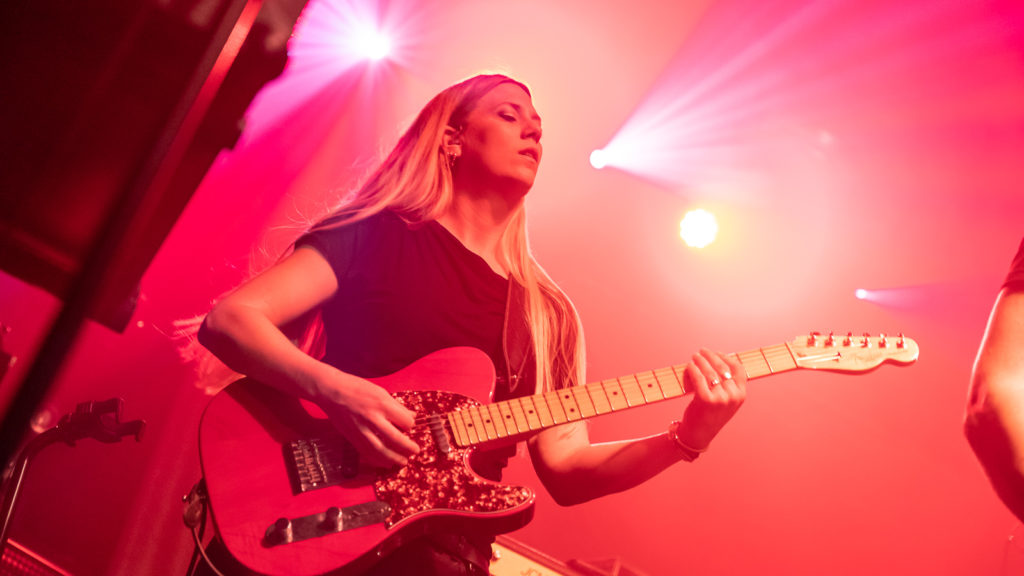 Comparisons with pioneering fellow countrymen The Gathering are difficult to avoid, but Lesoir deftly avoid containment within any subgenre. There are elements of prog-metal and even space rock here. One lengthy instrumental wouldn’t have sounded out of place at an Ozric Tentacles show. 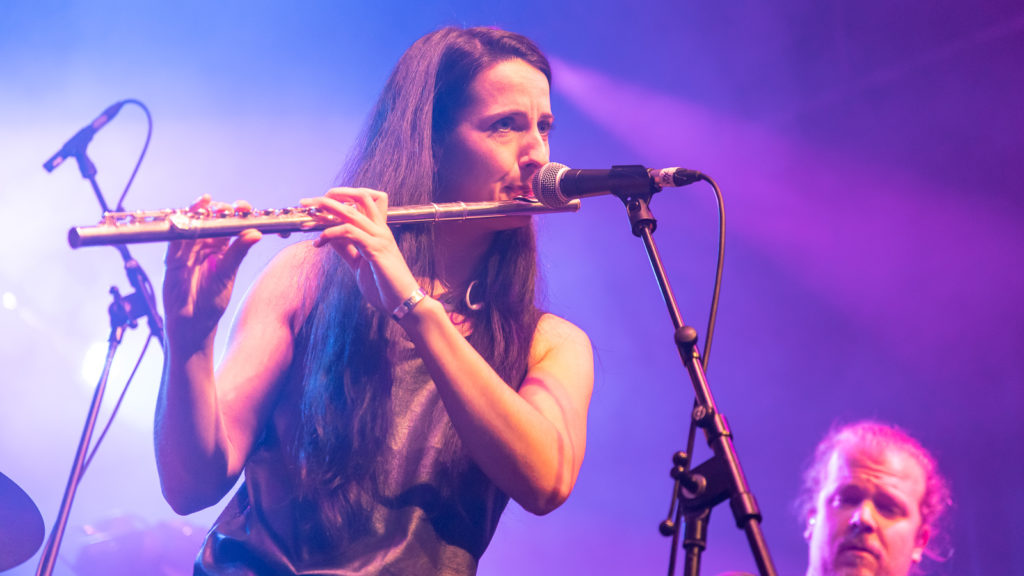 But like many of those second-tier symphonic metal bands, their ambition exceeds their budget, which leads to a heavy reliance on triggered sounds and taped orchestrations. 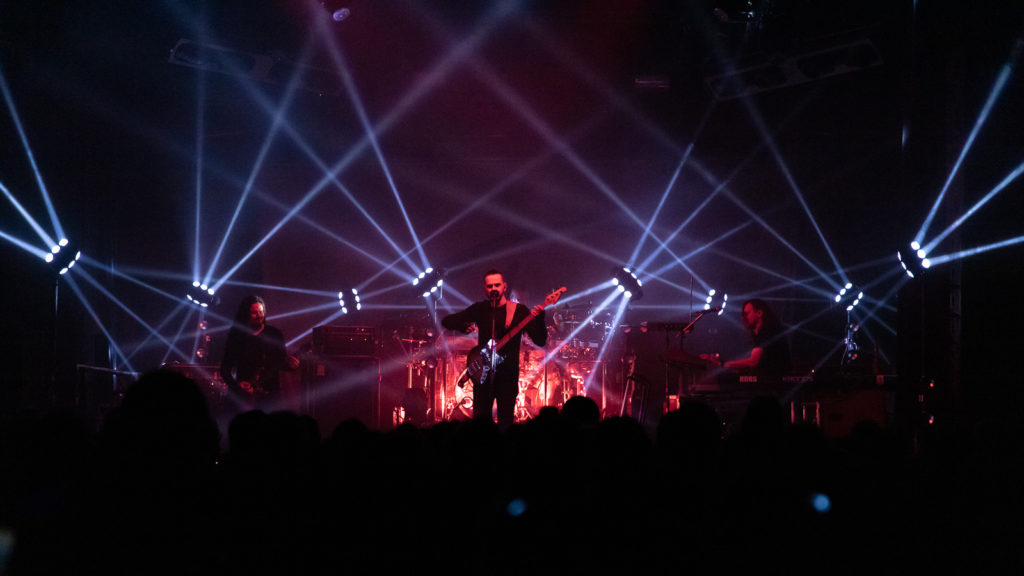 One of the great ironies of progressive rock is that such a substantial proportion of its audience should be so regressive, rejecting anything that isn’t preserved in 1973 aspic and sneering at metal, which now makes all the running when it comes to genuinely creative and adventurous music. It’s been a long slog, but modern acts are finally breaking the hegemony of the old guard, few of them being more deserving than Poland’s Riverside. 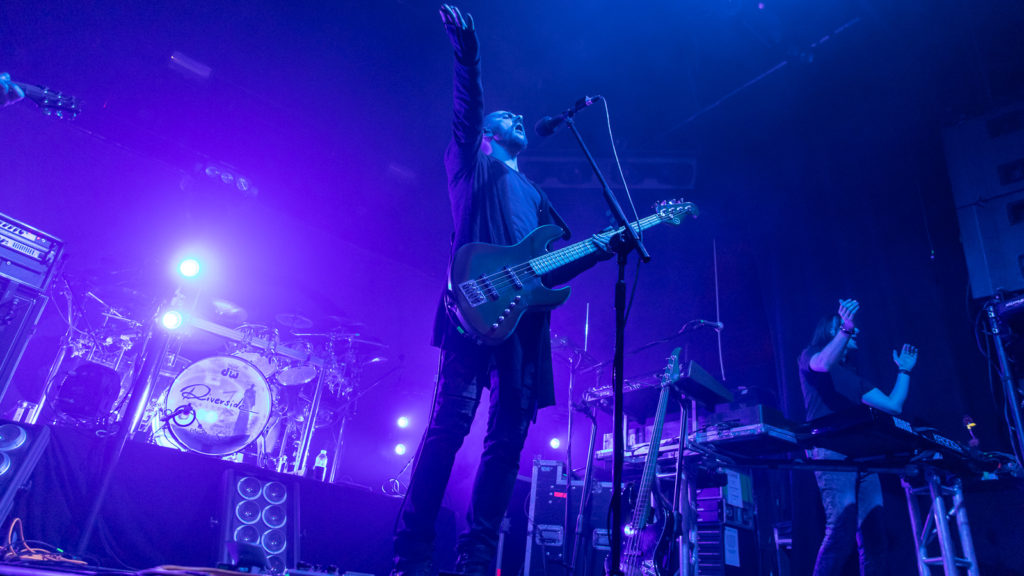 This is their biggest show to date in Bristol, and frontman/bassist Mariusz Duda has become quite the Mr. Chuckletrousers, gently chiding prog traditionalists, promising that they won’t be playing Supper’s Ready and observing, a tad inaccurately, that there are just 14 women in attendance (“It’s OK – we only had four in France”). Occasionally, it’s hard to tell whether his humour is simply too dry for comfort. Introducing the lovely acoustic Guardian Angel, he remarks on what a relief it is to be playing in the UK at a time when his home country is so divided. The large, collective hollow laugh that greets this statement prompts him to elaborate. 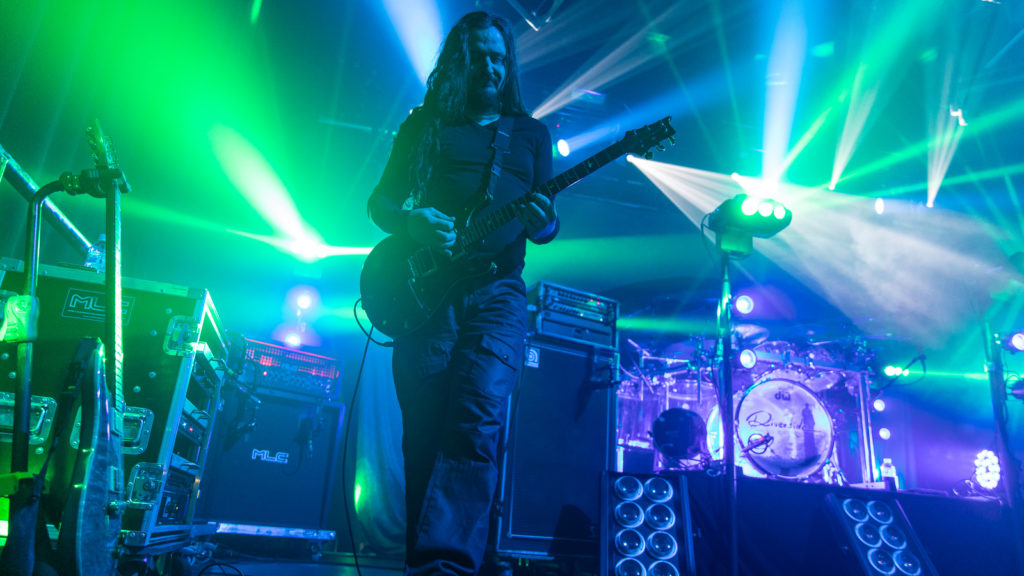 This is the first date on the second UK leg of Riverside’s epic European Wasteland tour, which began last October. So it’s no surprise to find that they’re honed to perfection, with a set list that’s been just lightly tweaked over the last five months. Duda’s powerful, expressive voice perfectly suits his often melancholic compositions, while his bass attack is frequently front and centre in Roger Waters One of These Days style. For such a burly fella, Piotr Kozieradzki is a subtle and dextrous drummer, completing a rhythm section that, unusually for the genre, gets our feet moving from the off. 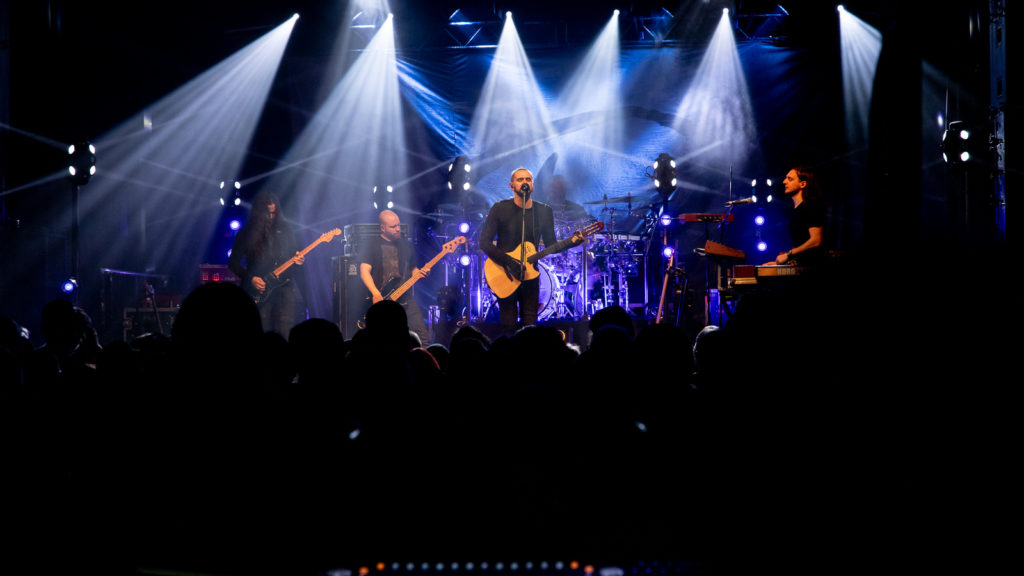 Michał Łapaj is among the most animated keyboard players in prog, as though physically coaxing sounds from his array of instruments. He also works up a flamboyant theremin frenzy when occasion demands, much to Duda’s amusement. Guitarist Maciej Meller faces arguably the biggest challenge. A semi-detached member of Riverside, he’s stood in for Piotr Grudziński for live performances ever since the co-founder’s untimely demise, which threatened to derail the band back in 2016. Drawing on the same David Gilmour less-is-more well as his predecessor, he’s a magnificent, expressive player and a worthy addition to Riverside, despite the unfortunate circumstances of his recruitment. 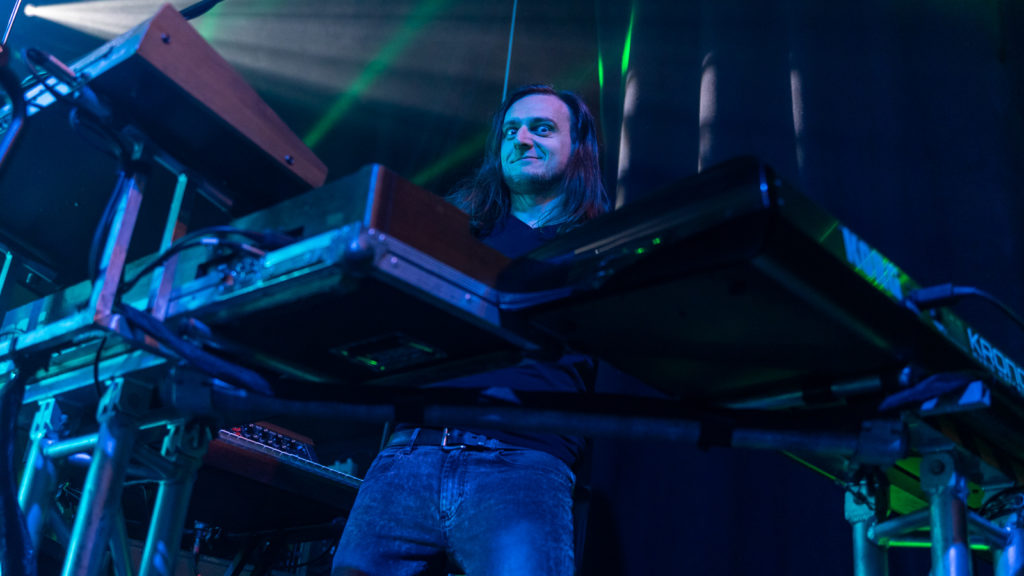 Seventh studio album Wasteland is one of the band’s strongest, so it comes as no surprise to find it played almost in its entirety – albeit not in sequence – augmented by a coruscating complementary light show. Acid Rain seems an odd opener though, especially as the chantalong section of its instrumental second part, Dancing Ghosts, would perhaps be better suited to later in the set. Fortunately, this audience needs no warming up and joins in with enthusiasm. 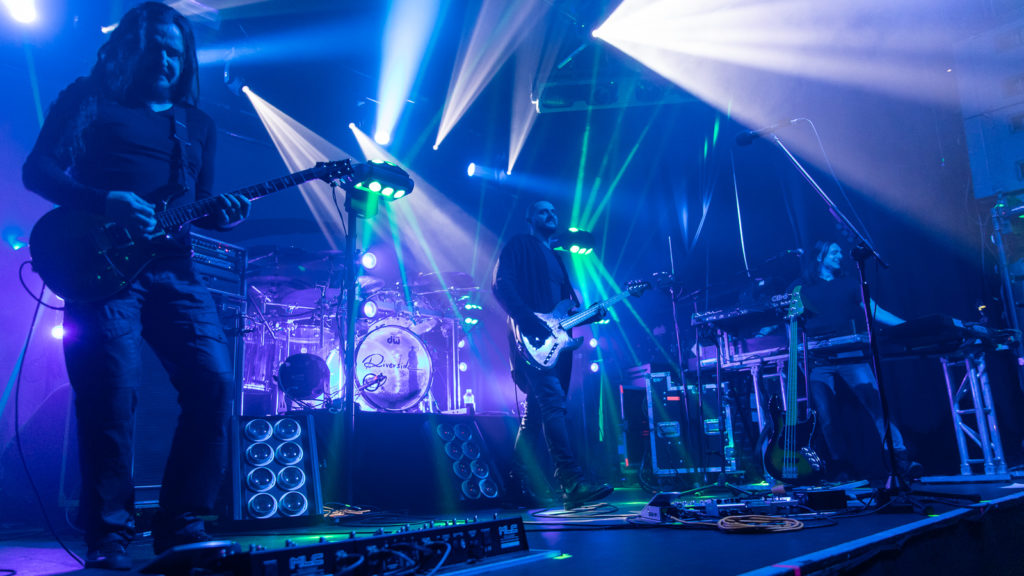 Elsewhere in this generous two-hour-plus performance, they dip back as far as their debut Out of Myself for Loose Heart, which betrays hints of the band’s death metal roots. Those who crave full-on prog epics are rewarded with a breathtaking Left Out. It’s perhaps surprising that they play so little from their international breakthrough album, the sublime Love, Fear and the Time Machine. But the sprightly Antoine de Saint-Exupery referencing Lost (Why Should I be Frightened by a Hat?), which wears its obvious Marillion influence lightly, certainly succeeds in getting the crowd grooving. 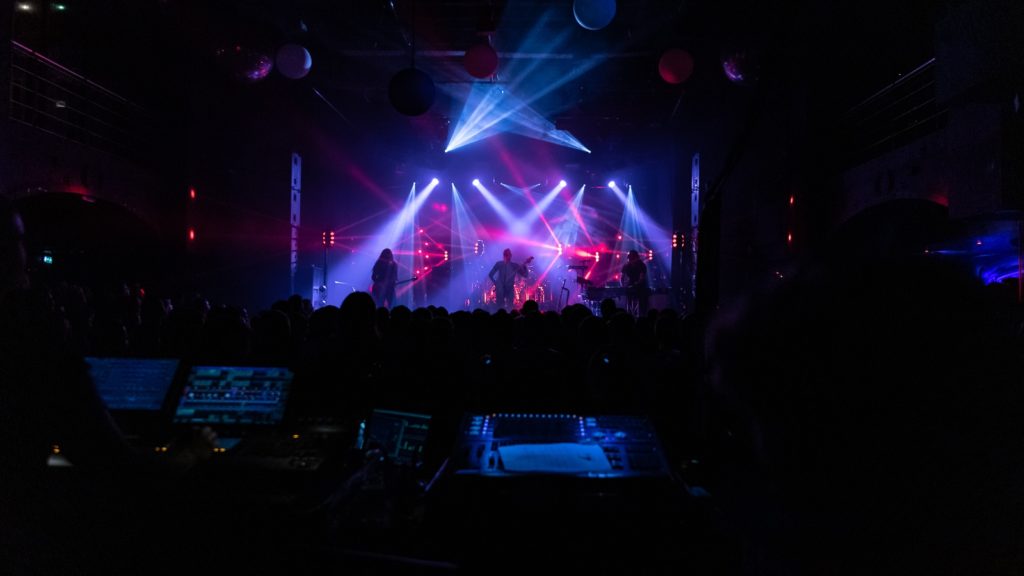 Few bands could get away with playing a song from their latest album as a final encore, but no one complains when Riverside conclude with Wasteland‘s stand-out River Down Below, which pulls off the neat trick of being sad and euphoric at the same time. Per aspera ad astra, as our ancient Eurochums might have put it.