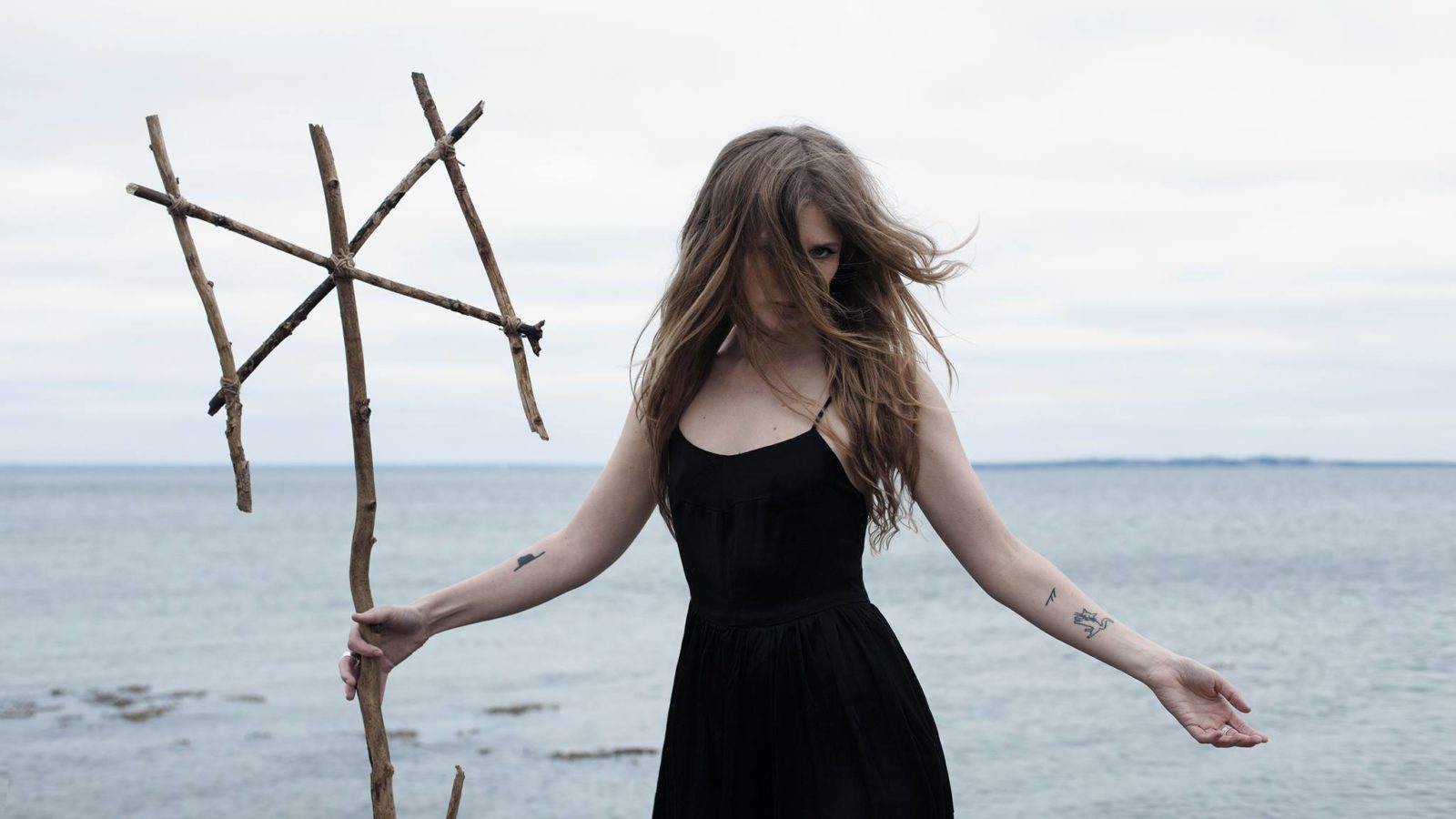 Virtuoso classical cellist Jo Quail has enjoyed plenty of collaborations with extreme metal acts and is clearly unfazed by their boisterous audience, who reciprocate with the kind of energy unlikely to be found in a formal recital. That’s because we find much to enjoy in the darkness, eeriness and occasional heaviness of her uneasy listening compositions. It’s pin-drop quiet in the Fleece while she plays, with unrestrained whoops and bellows restricted to conclusion of each of the four lengthy compositions she crams into her 45 minute support slot.

Quail plays everything live, making use of loops and an array of additional effects pedals to coax a remarkable variety of sounds from her instrument, from the percussive to the mournful. Occasionally, alas, all this technology fails her, as at the conclusion of opener White Salt Stag, which mysteriously fizzles rather than building the intended crescendo from its layers of sound. She quickly recovers her composure with Gold, while the pleasingly doomy, occasionally Krautrocky Mandrel Cantus – at a mere 11 minutes the shortest piece on her new Exsolve album – provides plenty of room for extemporising.

She returns to lurk at the back of the stage when regular collaborator Amalie Bruun – aka Myrkur – pitches up with a decidedly laid-back, mostly acoustic opening Folkesange set. The musicians are seated and olde worlde filament bulbs provide pulsating illumination as Myrkur whisks us on a Scandinavian road trip through traditional folk songs spanning Norway, Sweden and her native Denmark, eventually taking a turn for the Fairporty as she winds up in Scotland for The House Carpenter. She even plays bizarre Swedish stringed instrument the nyckelharpa at one point. It’s a fabulous showcase for her stunning high, clear voice, and any fear of the solemnity and ossification that infects the trad folk genre is dispelled by an unexpected detour into Lullaby of Woe from, er, The Witcher computer game.

But hang on a minute. We’ve been at a metal show for the best part of two hours now and nobody’s even picked up an electric guitar. No worries – here’s an ominous doomy chord while Amalie exits for a swift costume change and application of slap. The stage lights flicker into action and the musicians return in their Sunn O)))-style hoods. That colossal chug of The Serpent then introduces the black metal set, with much synchronised headbanging, air-punching and horns-throwing. This gives Ms. Bruun an opportunity to unleash her full vocal range, which takes in yelps, banshee shrieks and a feral, vocal cord-lacerating growl that would give Alicia White-Gluz a run for her money.

Much of the set is drawn from Metal Hammer‘s Album of the Year, Mareridt, though she delves back occasionally to M for the likes of Skøgen skulle dø (‘The Whore Had to Die’). Her music is at its best when she interweaves her two contrasting influences, notably on the haunting Ulvinde and her latest recording, Juniper, which closes the show. This is not as unlikely a combination as it might appear to the uninitiated; anyone who listens to a lot of black metal will attest that much of it is built upon folk melodies.

She’s also chattier than at her previous appearance in Bristol (supporting Epica at the Academy earlier this year), presumably because there are no time constraints this time, concluding many of these visceral aural assaults with a smile and a polite “Thank you”.

Modern classical music, traditional folk and black metal: we had to wait until December, but this was easily the most eclectic gig of the year.