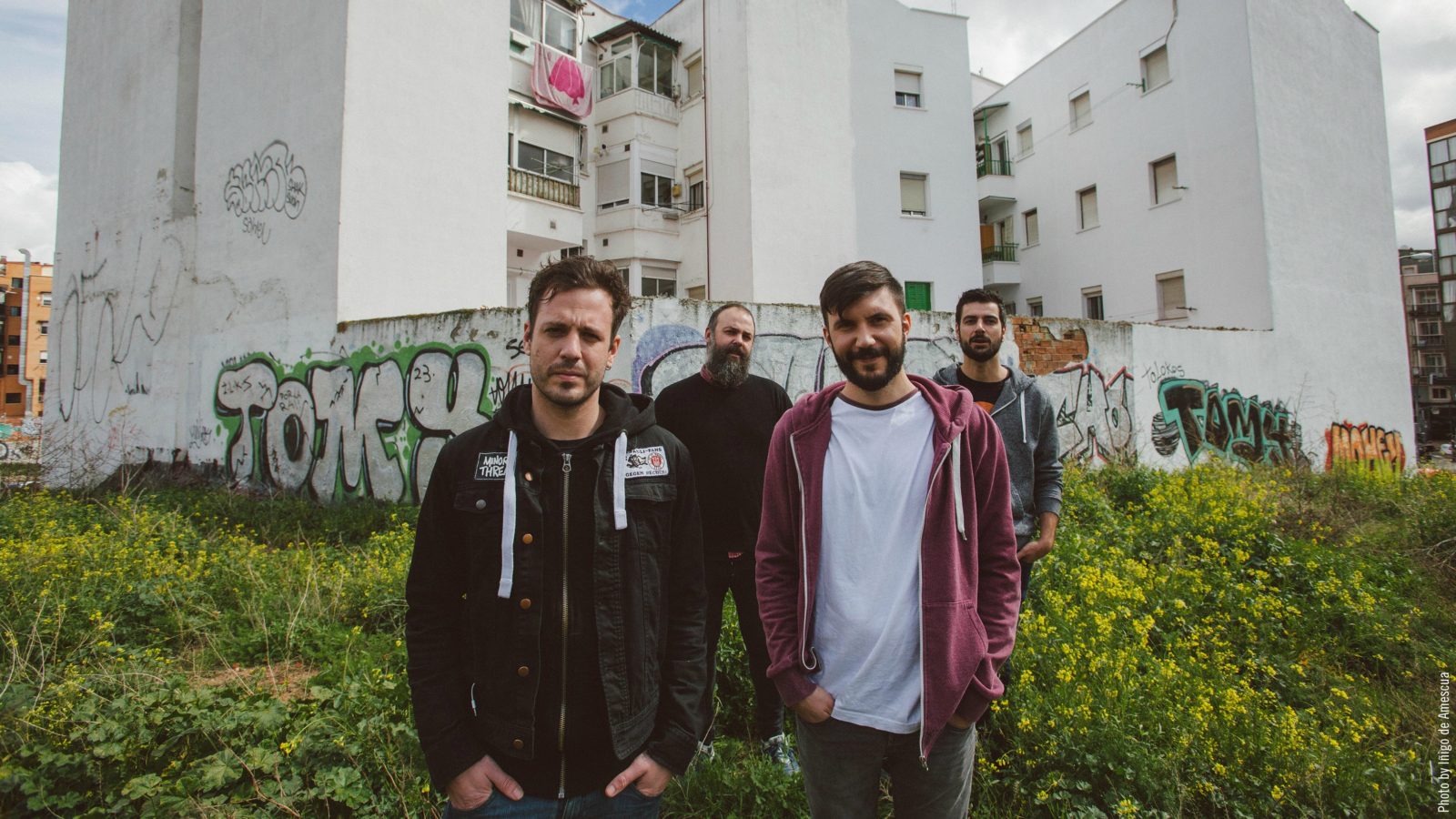 Metal night at the Old E – and what a satisfying phrase that is – brings us three instrumental bands on a rainswept Saturday evening: two duos and a Spanish quartet.

The appetiser in the form of a double dose of local doom begins with Super Goliath. When these guys use the words ‘primitive’ and ‘bludgeon’ to describe their sound, they really aren’t kidding. Imagine the intro to just about every early Sabbath song you’ve ever heard slowed down to the point at which each powerchord seems to occupy its own geological epoch and is then repeated over and over and over again by a headbanging guitarist and shirtless drummer. Cro-magnon metal doesn’t get much more basic than this. As music to spear woolly mammoths to (or a more wholesome vegan equivalent), it certainly gets the job done, but becomes somewhat wearing after the first 15 minutes or so.

The trouble with modish duos like Super Goliath is that they all too often sound like a rhythm section bashing away while they wait for the rest of the band to show up. Former trio Cegvera, who seem to have lost a musician somewhere in transit, seem alert to this danger, with a greater appreciation of dynamics and tempo – hence, presumably, that ‘post-doom’ tag.

They also have a creative solution to the problem faced by instrumental acts of communicating whatever message it is they wish to impart. With no vocal microphone on stage, everybody has to shout and only the first few rows can hear what they’re saying. Cegvera make extensive use of samples, including an amusing Donald Trump cut-up, which leave us in no doubt as to their political leanings.

Madrid’s Toundra get even more Brownie points in this department: they once released an instrumental concept album about a pair of foxes who flee a giant fire. This lot are a big deal back home in Spain, where they can easily fill large venues. Over here? Not so much. But they seem absolutely delighted to play a heaving Montpelier pub on this low-key tour.

There’s no shortage of potential crossover appeal in their accessible music, which has plenty to offer metalheads, prog enthusiasts and those furrowed-brow, too-cool-for-school math rock types. Arguably a little too high in the mix tonight, Alberto Tocados’s pumping bass is underpinned by Alex Pérez’s imaginative drum patterns, which get the audience grooving and never permit the complex guitar interplay between David Paños ‘Macón’ and Esteban Girón to come off as overly fiddly.

It helps that all this technical ability is put in service of music that, while not deviating too far from the quiet-loud post-rock template, has become increasingly melodic over the years. This is not something one can often say about Toundra’s peers in the math rock world.

For a bloke who’s spoken in the past of his struggle with depression, Girón seems positively overjoyed throughout, bounding into the tightly packed audience and even inspiring a solitary crowd-surfer. That’s no mean feat in the back room of the Old England.