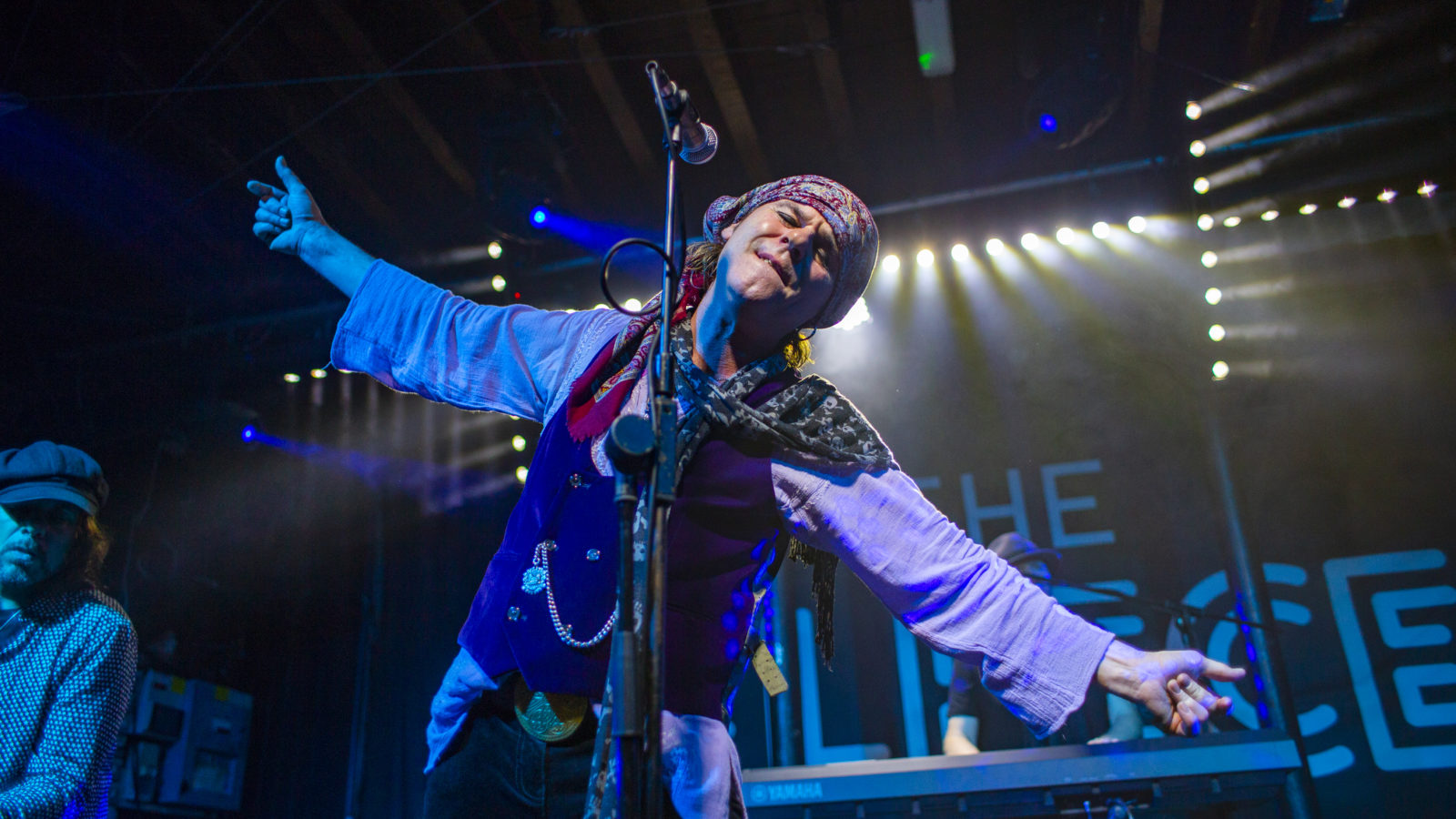 Billing themselves as the world’s most popular British southern rock band, the Sons of Liberty are not, in truth, competing in an overcrowded field. But they’re as seasoned and authentic as it’s possible to be while labouring under the geographical disadvantage of hailing from Bristol and South Wales rather than Alabama. They’ve slogged around the pub and festival circuit playing mostly covers sets for four years now, but are planning a major revamp in 2019 to concentrate on original material from their two EPs: …Shinola and the recently released Aged in Oak.

This support slot was a decidedly odd one, though. In the spirit of the evening, they went unplugged – kind of. But this must have been one of the least acoustic acoustic performances in music history. Having received special dispensation from the headliners to use drums, their only real concession to the format was to play acoustic guitars rather than electric ones. 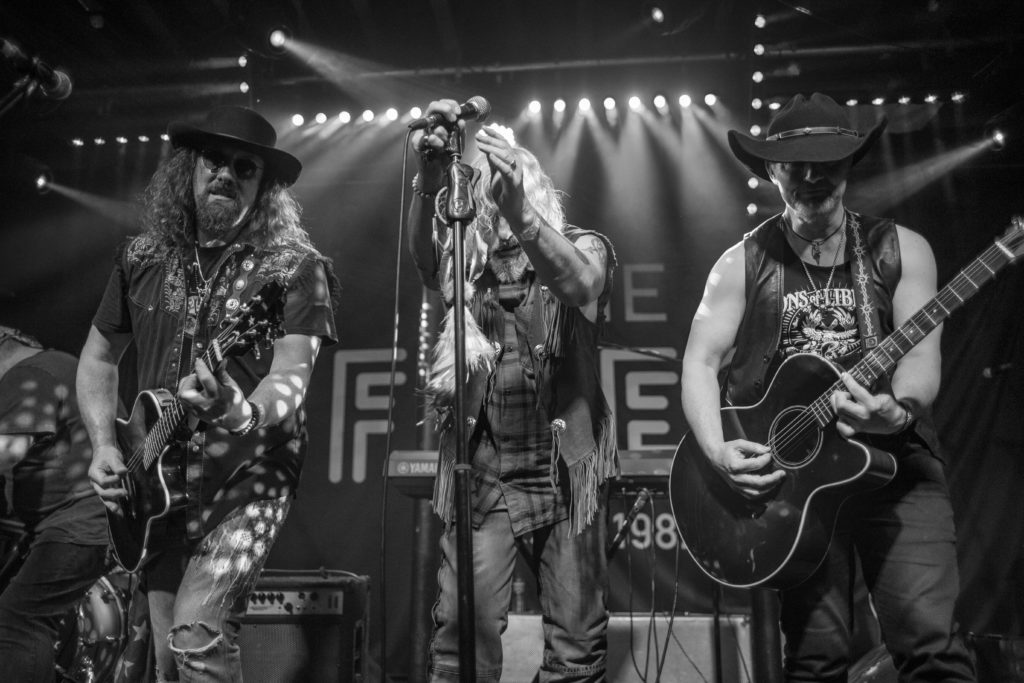 The uptempo songs work best during this rowdy evening in front of a supportive crowd at a packed Fleece, even if those great Allmans-style twin lead breaks by Andy Muse and Fred Hale sound a bit weird when played acoustically. If you’re looking for musical comparisons, Rob Cooksley’s gravelly vocals locate Sons of Liberty firmly in the vicinity of Molly Hatchet. But they’re no slavish imitators and there’s some interesting stuff going on beneath the songwriting bonnet. At its worst, southern rock has a tendency to descend into Trumpy god’n’guns bollocks, but Sons of Liberty take the opposite approach with the overtly atheistic My Sister.

Only occasionally are we reminded of their incongruity – Cooksley addresses the plight of Native Americans in The Brave, then converses with a fellow countryman in the audience in fluent Welsh – and they conclude with a suitably rousing Fool’s Gold.

There are slim pickings in the days before Christmas for those of us who draw the line at tribute acts. But if you were to draw up a shortlist of bands best suited to the season of boozy bonhomie, everybody’s favourite Geordie funsters The Quireboys would be right at the top. Missed cues, a malfunctioning microphone stand, dodgy monitors . . . none of this actually matters as they play their first unplugged show round these parts in four years to a well-oiled, demob-happy audience.

Spike and co have been doing this stuff long enough to know that this is not an occasion on which to unveil a brand new song cycle. Getting the job done merely entails assembling all the crowd favourites in a slightly different order and leaving us to sing along deliriously. Naturally, many of these still date from 1990’s A Bit of What You Fancy, with Whippin’ Boy making a welcome return to the set. 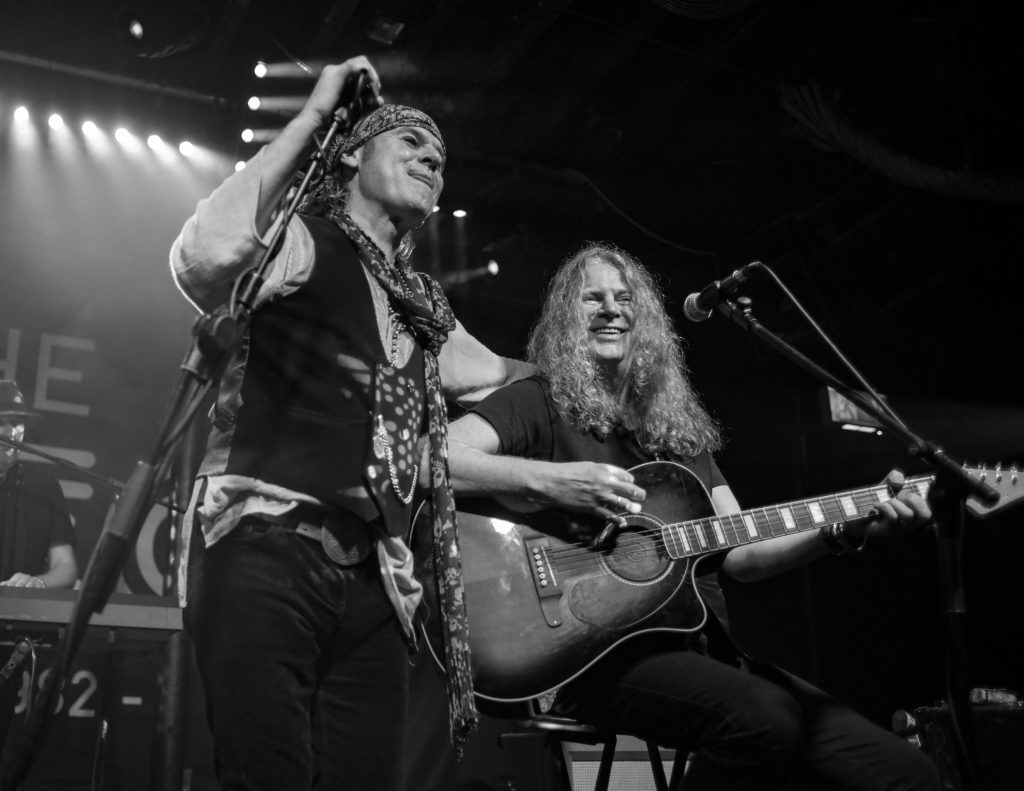 “We wrote this one for Tina Turner,” says Spike, by way of introduction. “That was when we were managed by Sharon Osbourne…”

“…which is why we’re playing here tonight,” quips guitarist and fellow longest-serving Quireboy Guy Griffin, who now enjoys something of a tetchy ‘old married couple’ relationship with the raspy vocalist. “I’ve been with him longer than all of his wives,” smirks Spike. Griffin’s fellow guitarist Paul Guerin joins in the ribbing occasionally, while poor old keyboard player Keith Weir is stuck at the back where the drummer should be. Still, at least we can hear his splendid playing clearly in the unplugged format.

The likes of Mona Lisa Smiled, Beautiful Curse and Hello remind us that while The Quireboys’ chart-bothering days may be behind them they can still knock out a great song. The only surprise is the absence of Hey You, its traditional place in the encore after I Don’t Love You Anymore being taken by the jolly knees-up of Sex Party, which remains rather more Carry On than Boogie Nights.

All pix by Pete Fears