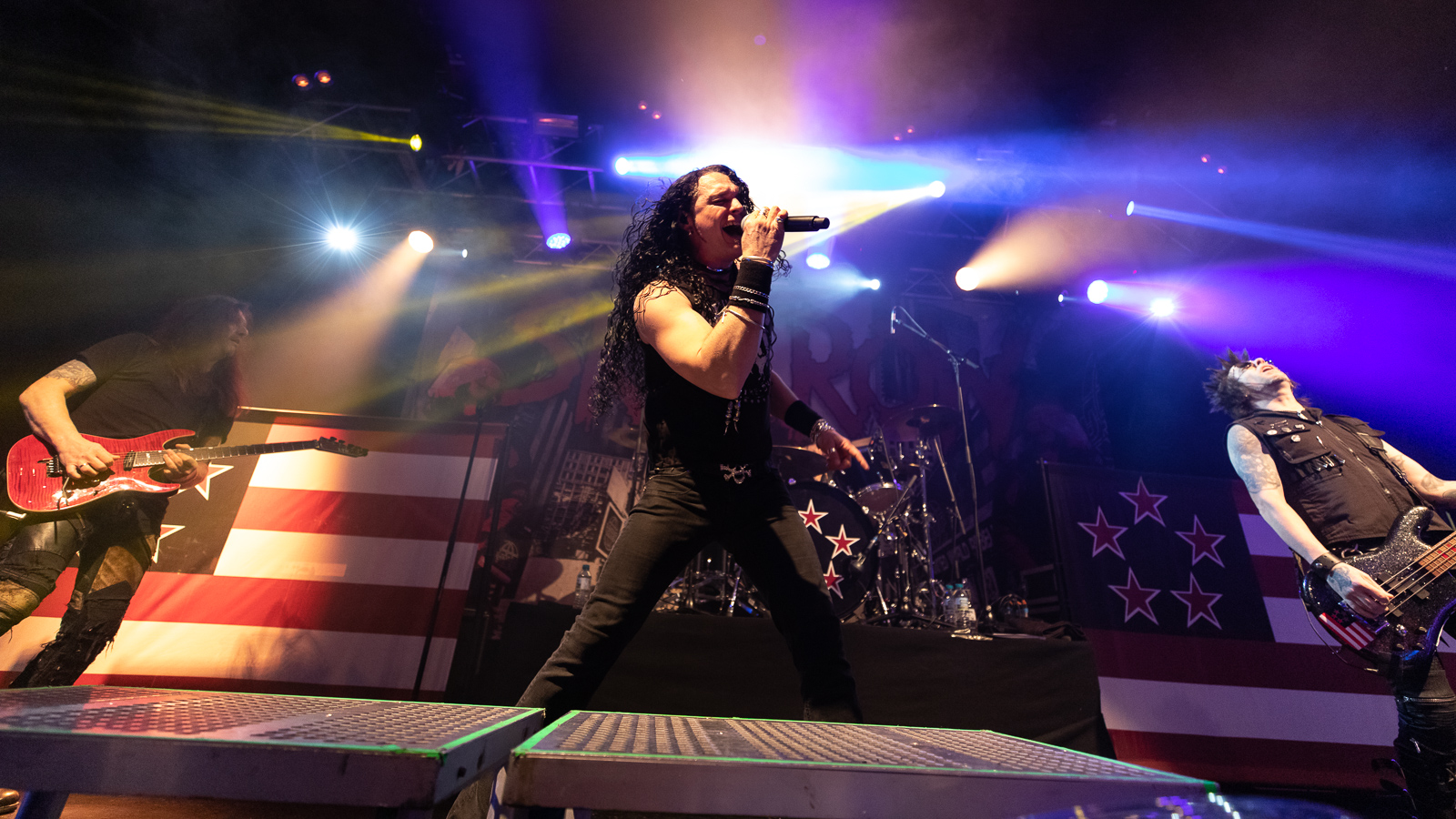 A perfect storm of a four band line-up and a club night early curfew means that tonight’s token Brit act, Vega, are obliged to commence their 30 minute slot at 5:30pm in front of an audience that can best be described as sparse. 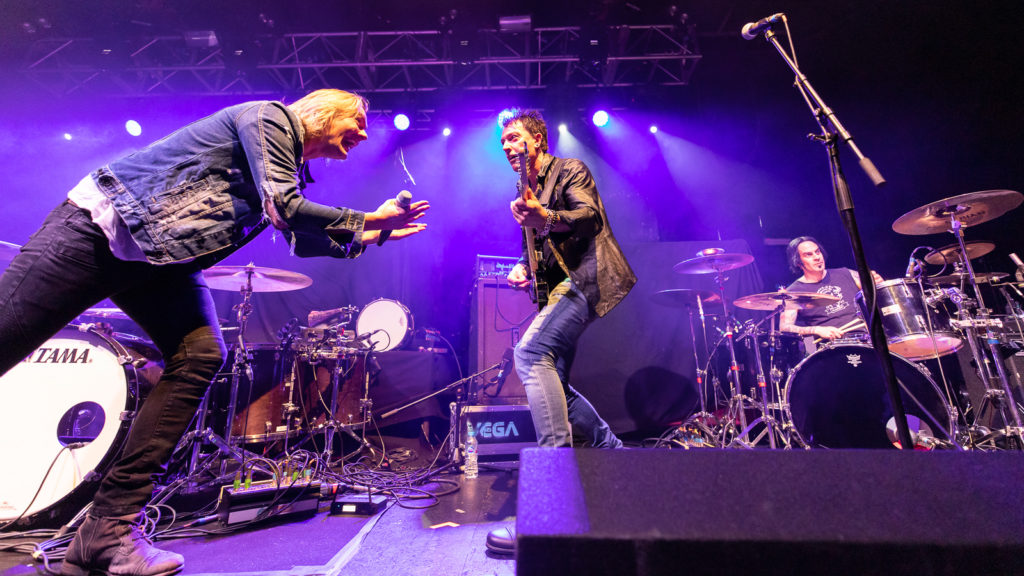 Let’s Have Fun Tonight sounds more like an expression of hope than expectation, but these bottom-of-the-bill veterans are clearly used to the joys of the uphill struggle, especially as they choose to play the kind of hard-edged AOR that has never been more out of fashion in the UK. 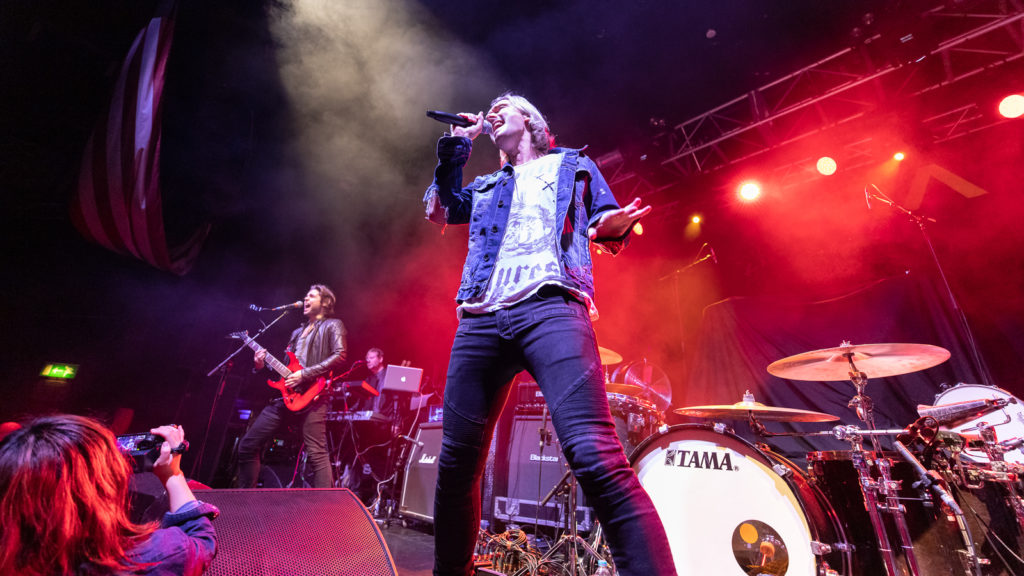 They’ve got a couple of strong songs that are familiar from previous early evening outings, notably the catchy Every Little Monster, but whether they’ll advance any further up the ladder remains to be seen. 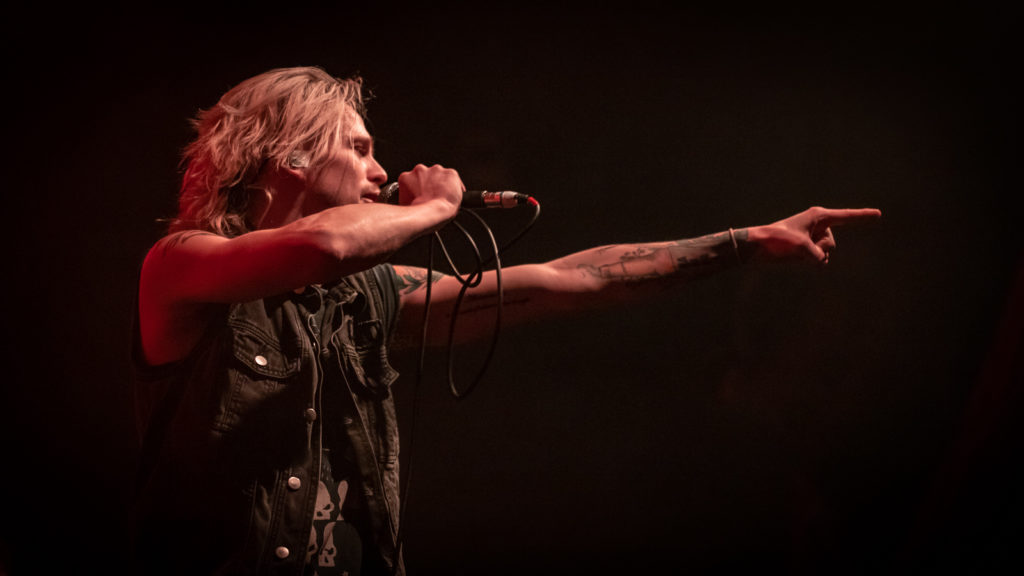 Playing their first ever Bristol show, skinny Swedes H.E.A.T. trade in a similarly unfashionable brand of muscular melodic rock and suffer from a frustratingly muddy sound. But they benefit from a much larger audience, many of whom need no introduction to their songs. 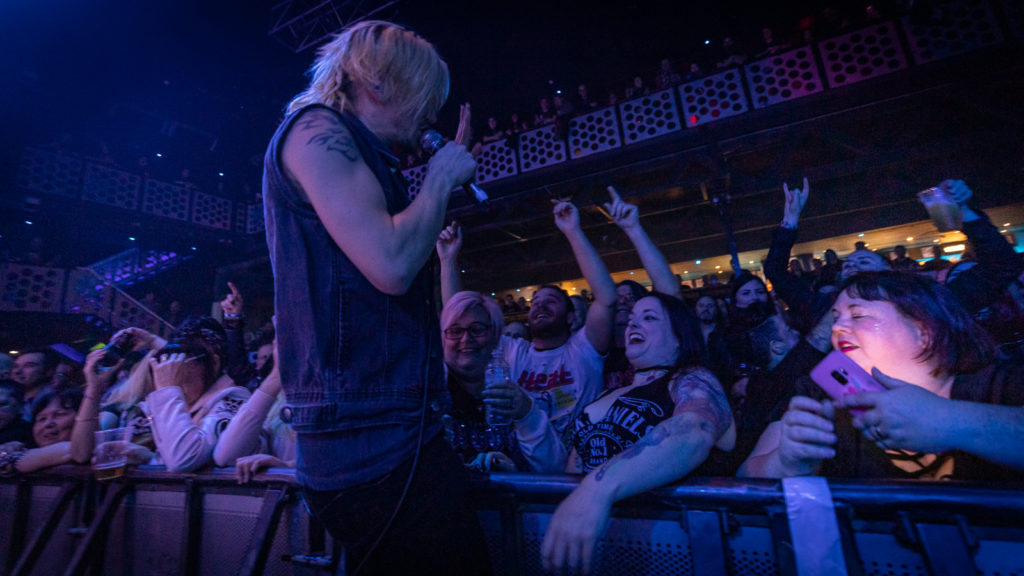 And at a time when most punters are finishing their tea and thinking about heading out to the Academy, livewire frontman Erik Grönwall is going for it as though they’re the headlining act: pogoing, headbanging, bounding into the crowd to take selfies and, er, performing somersaults. Shame Jona Tee’s keyboards are mostly inaudible, but guitarist Dave Dalone provides some serious instrumental muscle. 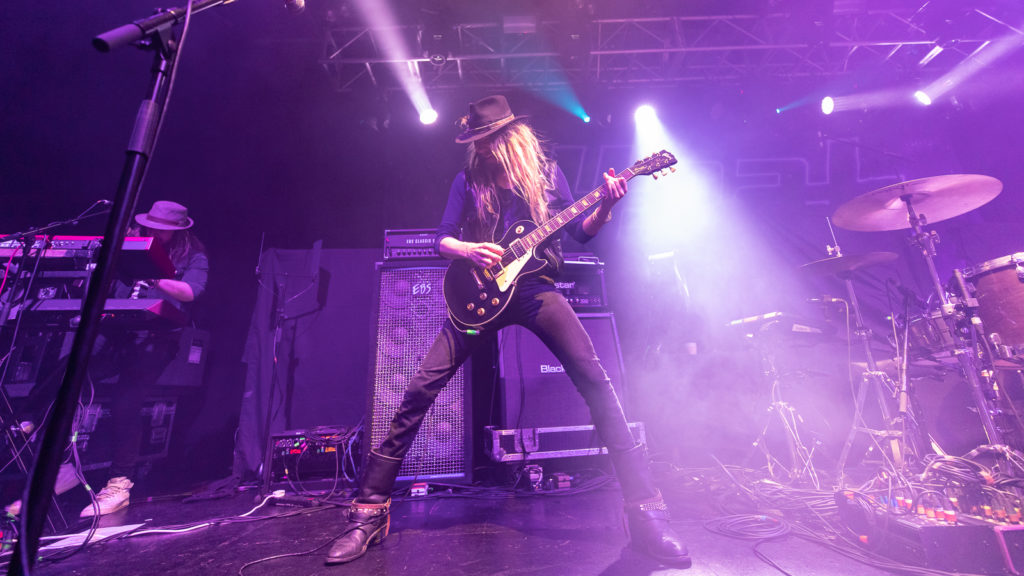 Dropping excerpts from Whole Lotta Rosie and Piece of My Heart into Beg Beg Beg seems a bit odd, especially when H.E.A.T. have such a brief opportunity to set out their stall, but they succeed in winning over most of the swelling crowd. 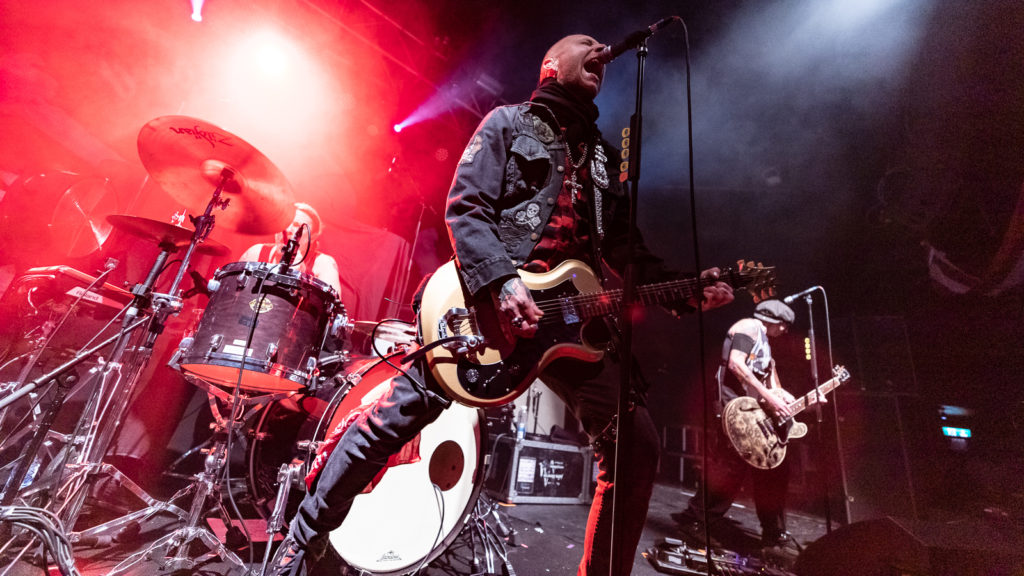 There’s an abrupt and somewhat suspicious improvement in both the quality and volume of the sound when fellow Swedes the Backyard Babies pitch up, using the Sex Pistols’ Frigging in the Rigging as their intro tape. 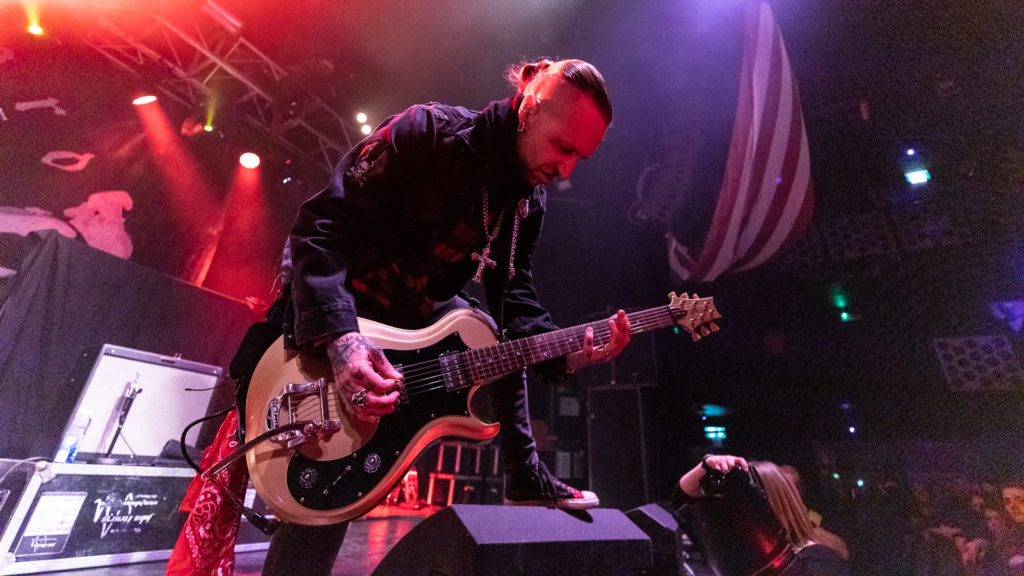 Yep, these Stockholm veterans do the familiar punk-o-metal thing, but despite three decades of experience they still lack the songwriting skills of their old chum Mr. Ginger Wildheart, who can churn out superior examples of this stuff in his sleep (and probably does). Indeed, Ginger gets a co-writing credit on the band’s closing – and best – song, Brand New Hate. 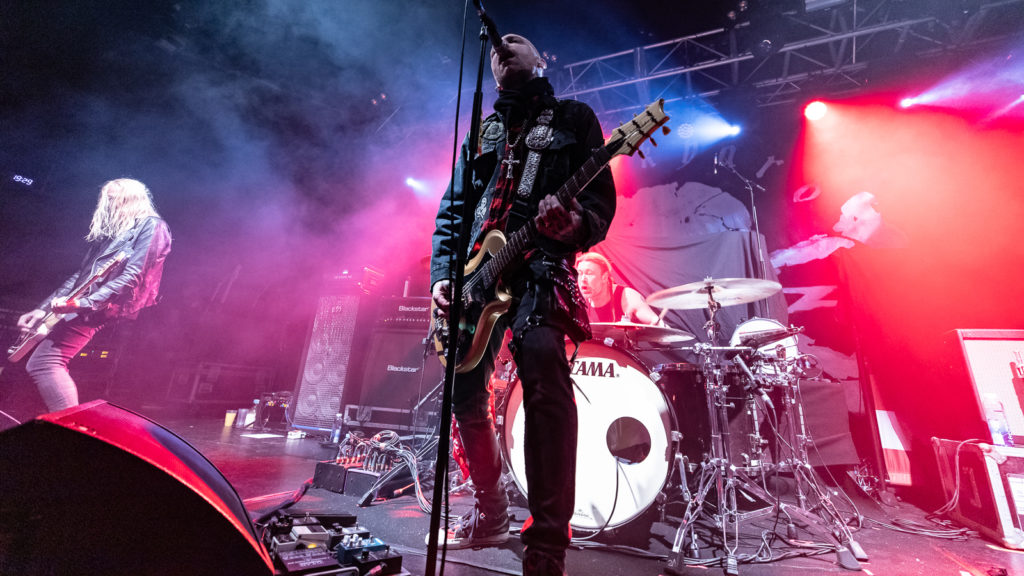 They’re at their best in the latter half of the set, when they dial down the snotty, bratty punk approach and simply rock. Performing A Song for the Outcast as an acoustic duet between Dregen and Nicke Borg is also a neat touch. 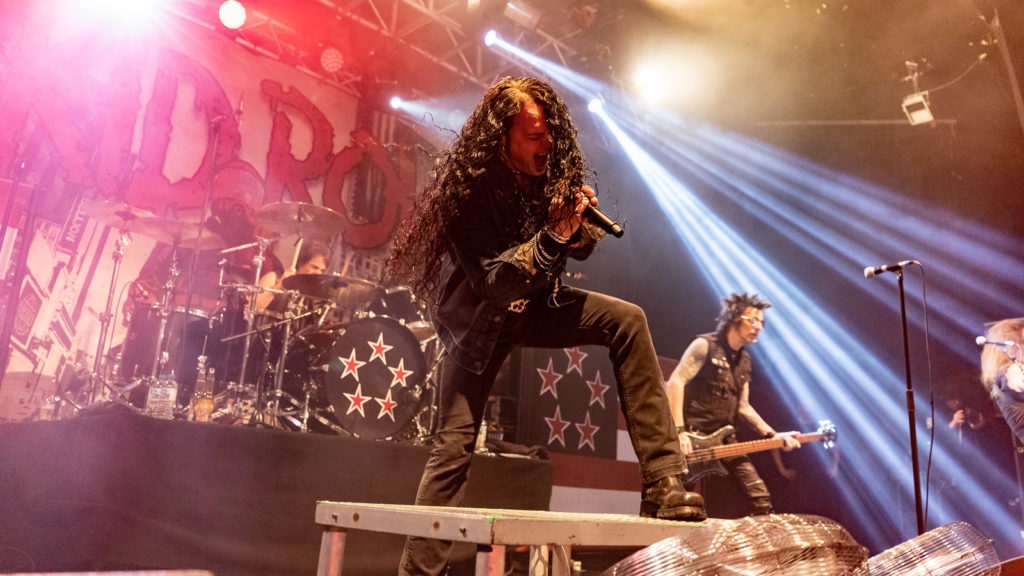 You might be forgiven for wondering about the wisdom of Skid Row returning to headline the Academy just five months after they last played here, which is surely some kind of a record. 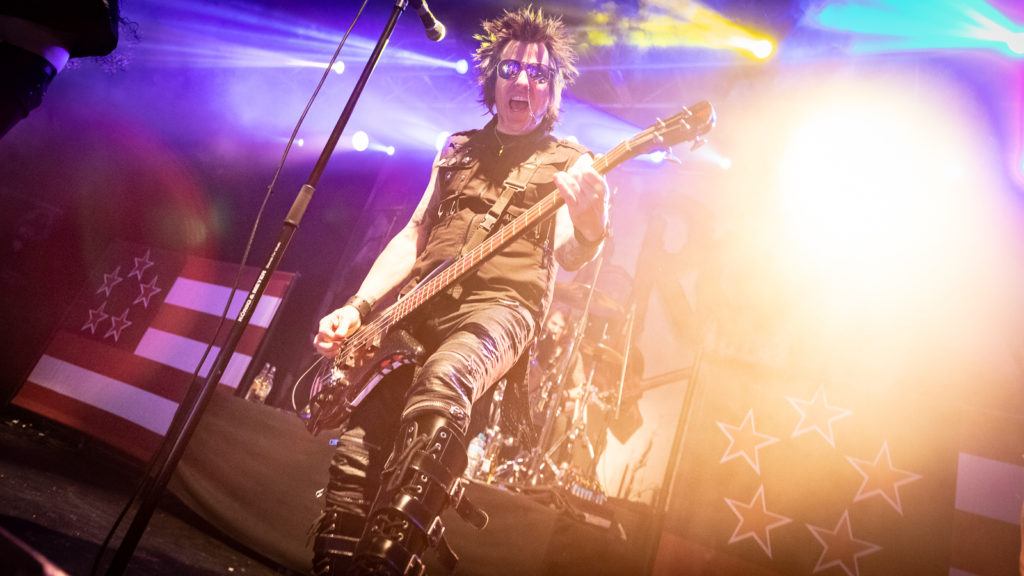 But it’s certainly paid off, as they pull a much bigger audience this time. Back in August, the balcony was closed; tonight the venue is comfortably full. Word has clearly got out that the formerly chart-topping US rockers have successfully turned their career around after being reduced to playing to a few hundred punters at the Bierkeller just four years ago. 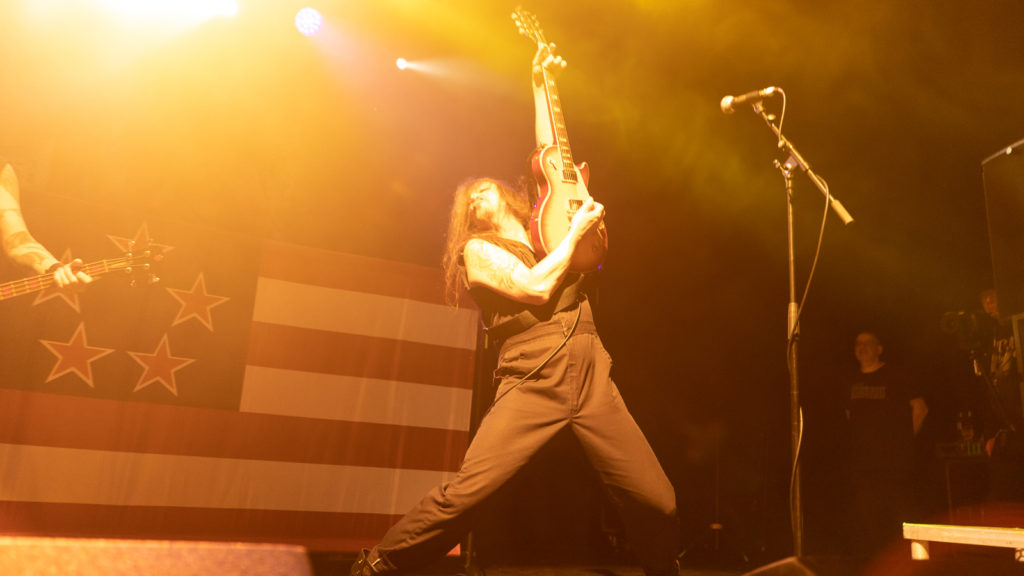 That’s down to one fella: former DragonForce singer ZP Theart, who seems much more comfortable here than he ever did drumming his fingers waiting for an opportunity to fill in the gaps between those lengthy guitar solos. The South African’s powerful voice and (relatively) youthful enthusiasm have certainly succeeded in giving the rest of the band a kick up the bottom, as they play with renewed vigour at a time when one might have expected them to become a comfy old heritage act. 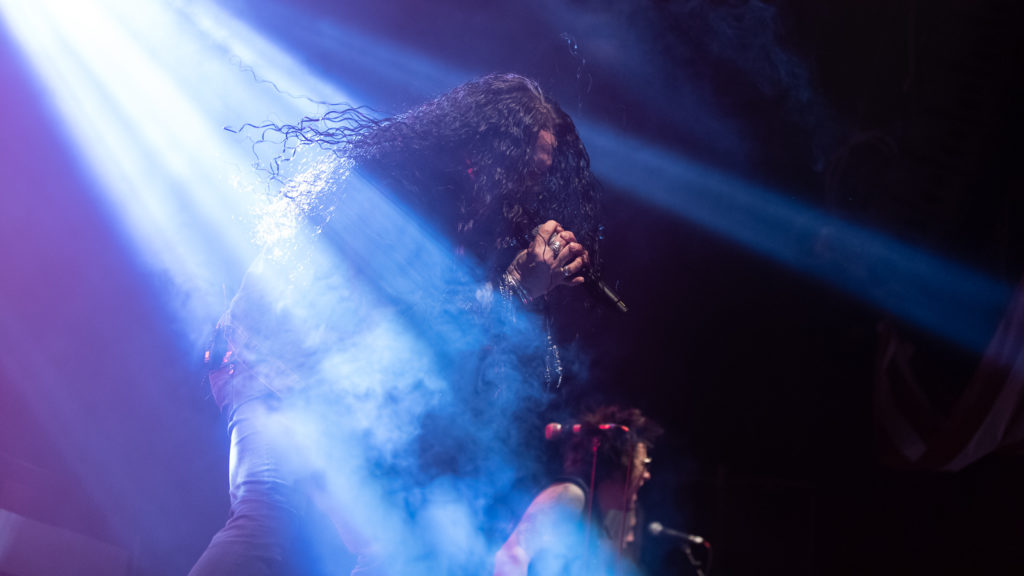 That’s particularly impressive given that the set is . . . exactly the same as last time, right down to Rachel Bolan’s United Nations of Rock rap and Dave ‘The Snake’ Sabo’s heartfelt thanks to us all for turning up. Actually, there are a couple of minor tweaks, but this is pretty much the same selection of songs that they’ve been playing for the last quarter-century, drawing primarily on the Skid Row and Slave to the Grind albums. 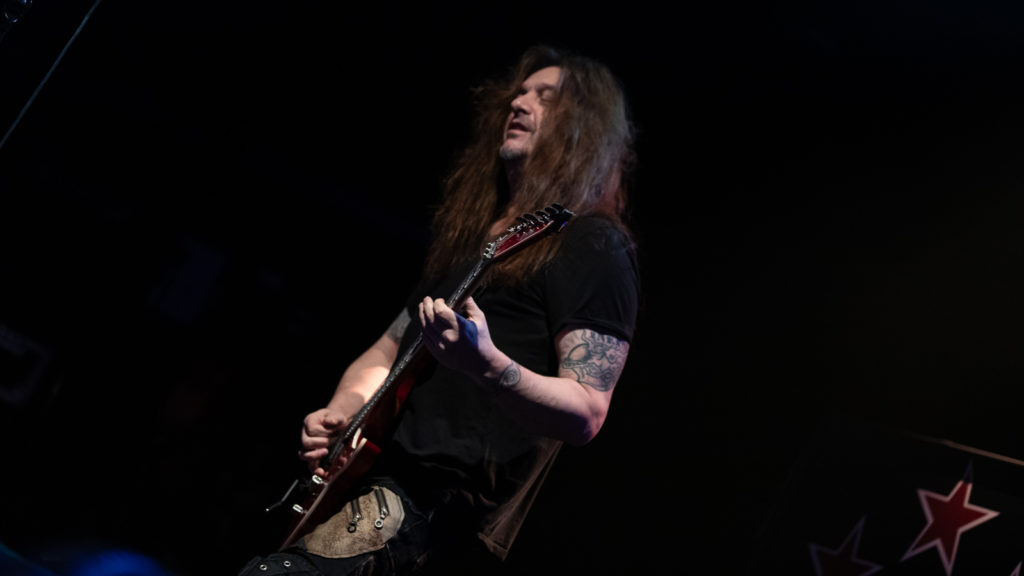 This means we still get that rather jarring cover of The Ramones’ Psycho Therapy, with Bolan on vocals. But there’s plenty of tasty stuff too, from the undiminished power of set-opener Slave to the Grind to rare palatable singalong power ballad I Remember You. 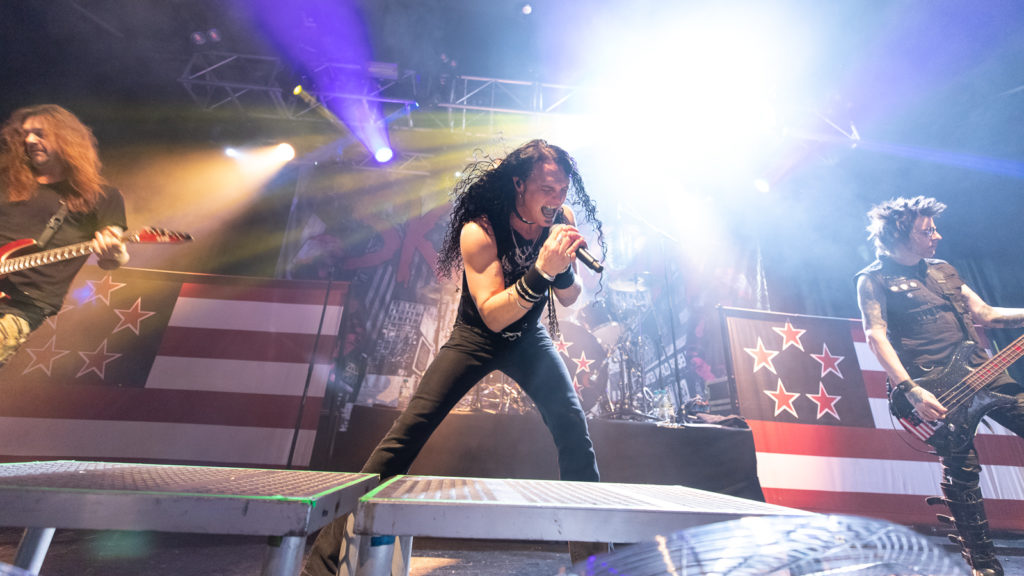 Bunging so much recent and unfamiliar material into the encore seems a tad . . . brave, but we all know how this is going to finish up: with Youth Gone Wild. Youth may be but a distant memory for many of those present, but we can still go reasonably wild on a Friday night at Skid Row’s best attended show in Bristol since their local debut at the Hippodrome – 30 years ago this year.