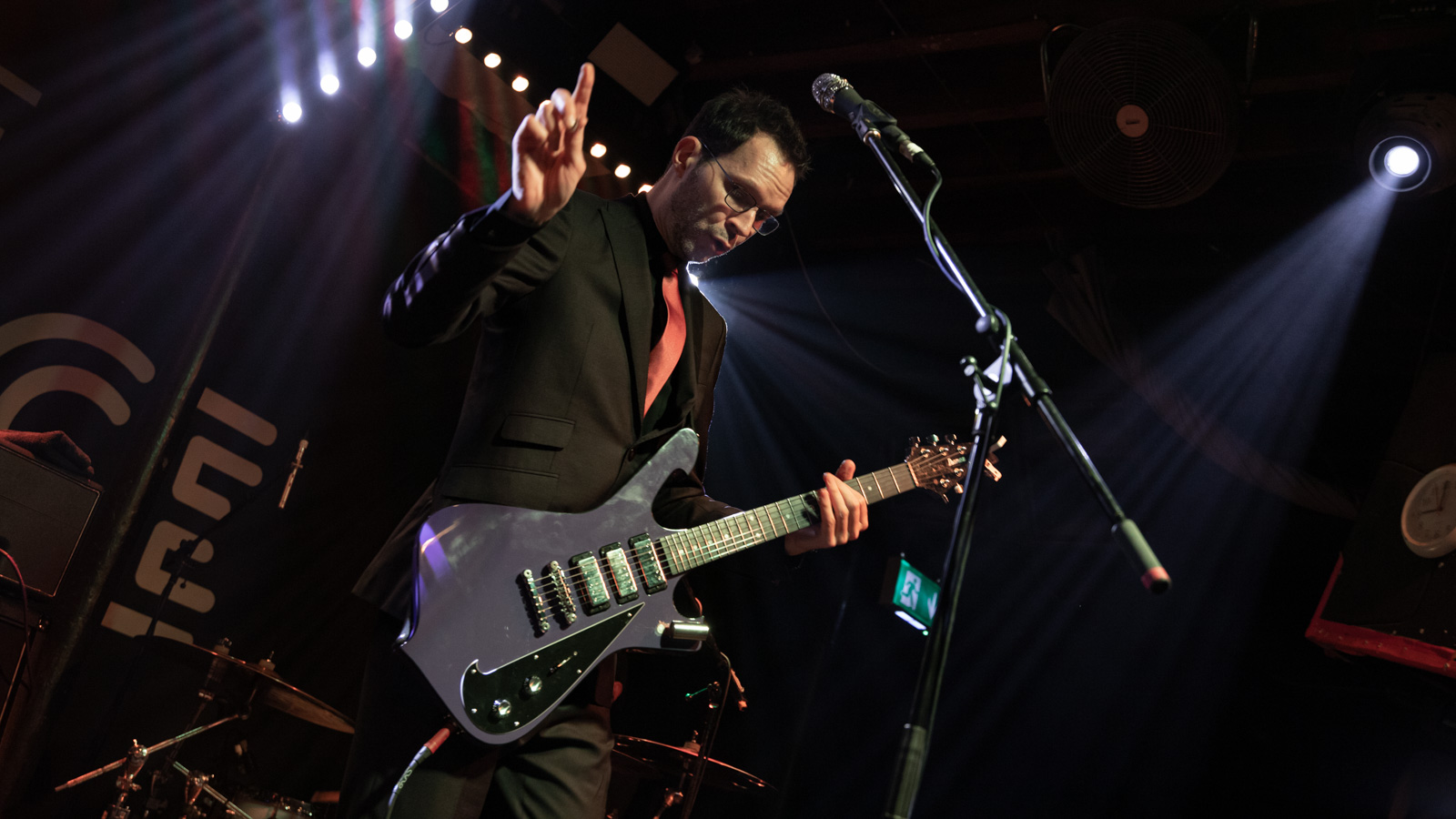 A breathtakingly talented guitarist whose biggest hit features his simplest solo (To Be with You, Mr. Big, 1991), Paul Gilbert is highly alert to the occasional ironies and absurdities of his profession. Tonight he deconstructs his songs before our eyes, showcasing such essential tools of the shredder’s craft as the ‘major chord eyebrow’, explaining how he’s not above plagiarising himself, and revealing diverse sources of inspiration that range from an air rage incident (shamefully centring on himself) to a fella who was inordinately proud of his really big warehouse. Gilbert’s peers Joe Satriani and Steve Vai may pull bigger crowds, but neither of them are in the habit of leaving audiences howling with laughter while simultaneously scraping their jaws off the floor. 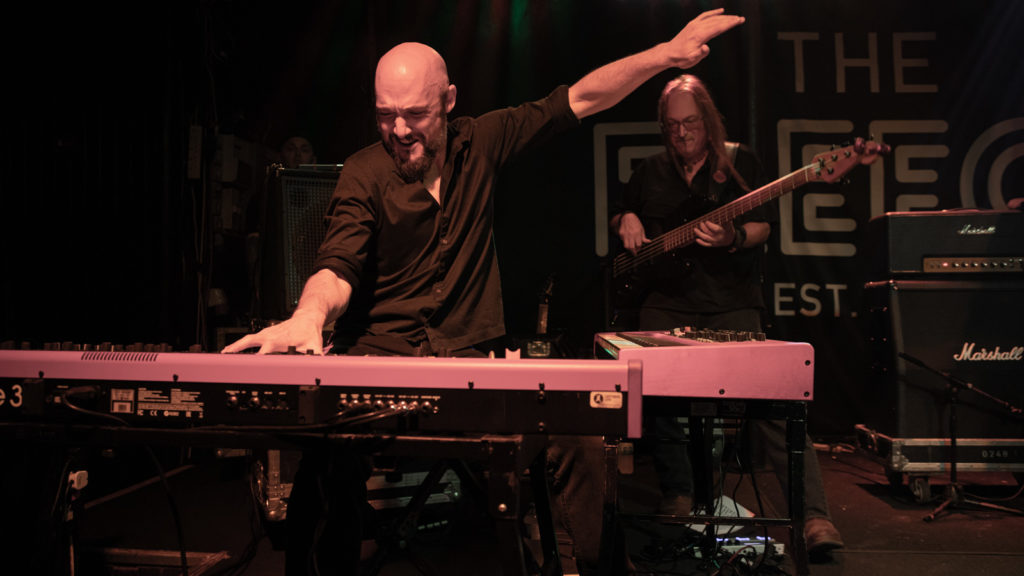 Hot from Kiev, St. Petersburg and Moscow on the fourth date of yet another epic trek, he arrives at a packed Fleece (guitarist quotient estimate: 87%) with a suitably shit-hot band – including ace keyboard player and musical foil Asher Fulero – who are already drilled to perfection. Every inch the respectable, bespectacled, neatly shorn middle-aged shredder whose ’80s big hair days are behind him, he’s soberly dressed and sports a (swiftly discarded) natty red tie. But while Gilbert is more than capable of serving up the tasteful Joe Bonamassa-style blues favoured by mature rock audiences, he swiftly breaks out the guitar pyrotechnics we’re all here to savour. 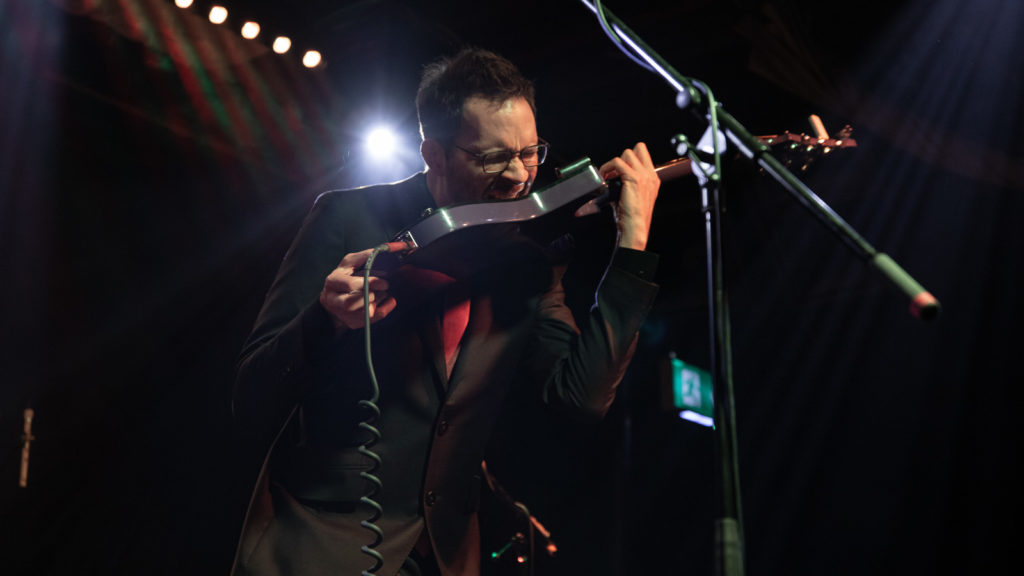 A tally of 15 solo studio albums in addition to his band recordings with Racer X and Mr. Big, plus innumerable extra-curricular collaborations, means that it’s a struggle for all but the most dedicated fan – and one suspects, even Mr. Gilbert himself – to keep up. So he makes things relatively simple for us tonight by concentrating on his latest collection, Behold Electric Guitar, which yields plenty of eclectic riches. Let That Battery Die is awash with Satriani-esque melody, while the air rage song Sir, You Need to Calm Down is constructed, he explains, from bits of the Batman theme, a repurposed Zeppelin riff and whatever other bits and pieces he found lying around. Most bizarre and off-the-wall of all is A Herd of Turtles, which welds together an unlikely combination of influences (James Brown, Bachman Turner Overdrive, etc) and adds a poem recited in a reasonable approximation of Ringo Starr’s flat Scouse tones. No, really. 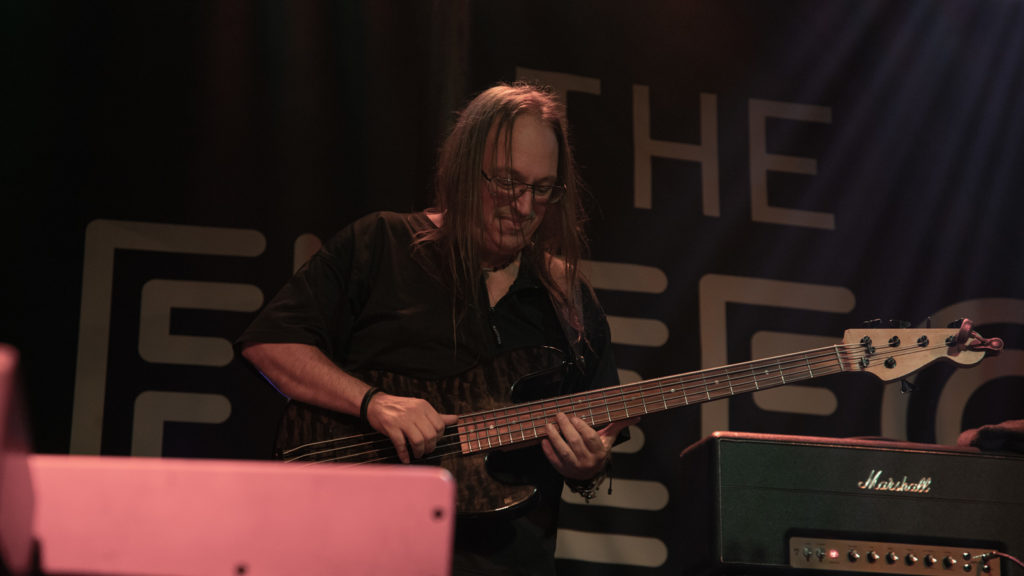 Ringo isn’t the only Fab referenced tonight. While My Guitar Gently Weeps concludes an epic ’70s rock medley that kicks off with Carry on Wayward Son and Runnin’ with the Devil, while that slide guitar solo on Gilbert’s I Own a Building is pure George Harrison. But he’s not done with covers, going full Ritchie Blackmore as he serves up the epic Rainbow reading of the Yardbirds’ Still I’m Sad. Then there’s a bizarre love mash-up of Pride (In the Name of Love) and Whole Lotta Love, which comes across like one of those ideas that seem brilliant when you’re really, really stoned. 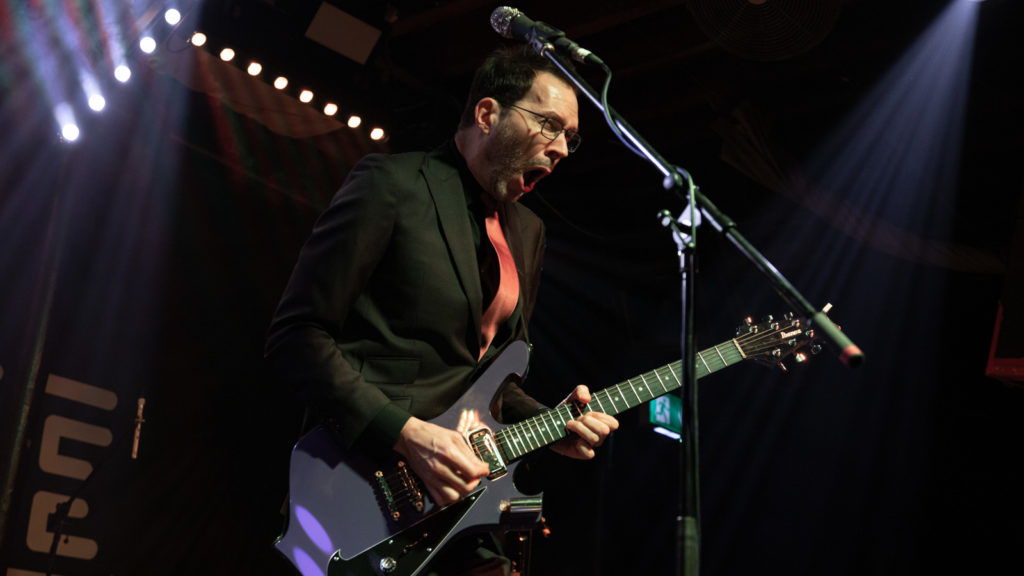 Interestingly, he tells us that he writes all of his material as songs but takes off the lyrics before recording them as instrumentals. This perhaps explains why they occasionally sound like unfinished pieces that are waiting for some lazy-ass singer to come up with words. But for the most part, it’s an approach that serves him well, as he simply plays the vocal lines on guitar as an additional layer of melody. In the case of those covers and Mr. Big’s superior slice of ’90s metal psychedelia, Green-Tinted Sixties Mind, we all help out by bellowing along. 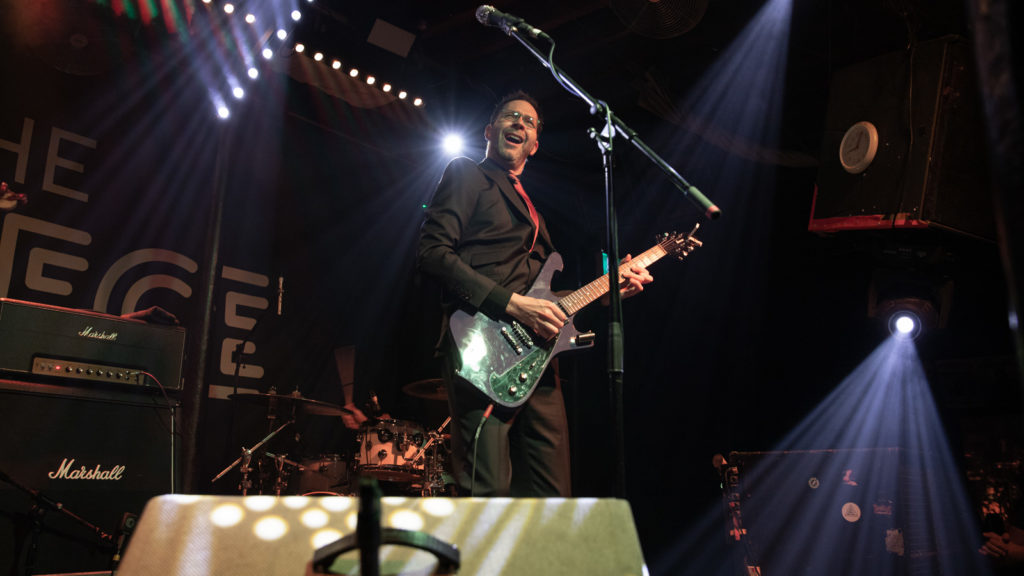 Under a little-known statute, it’s actually illegal to play a gig of this nature without referencing Hendrix at some point. When called back for an encore, Gilbert underlines his credentials as both a law-abiding citizen and a phenomenal musician by tearing through a suitably fiery Red House. It’s also quite conceivable that by the time he finally left the stage he’d shattered the house record for the most number of notes played at the Fleece in a single evening.