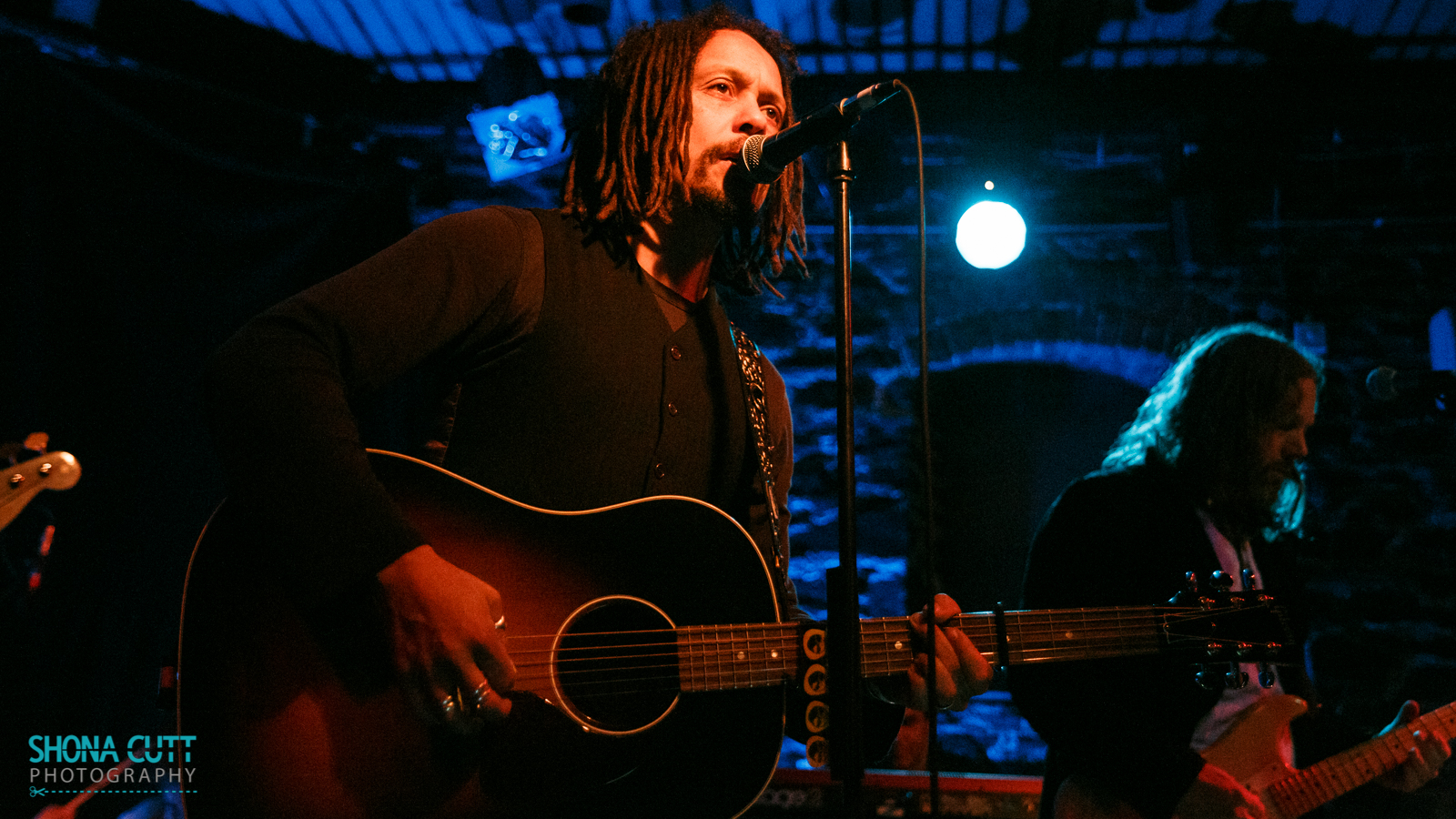 Southern rock comes south of the river as an exceedingly packed and sweaty Fiddlers plays host to the long-sold-out first non-festival date on The Magpie Salute’s December UK tour. 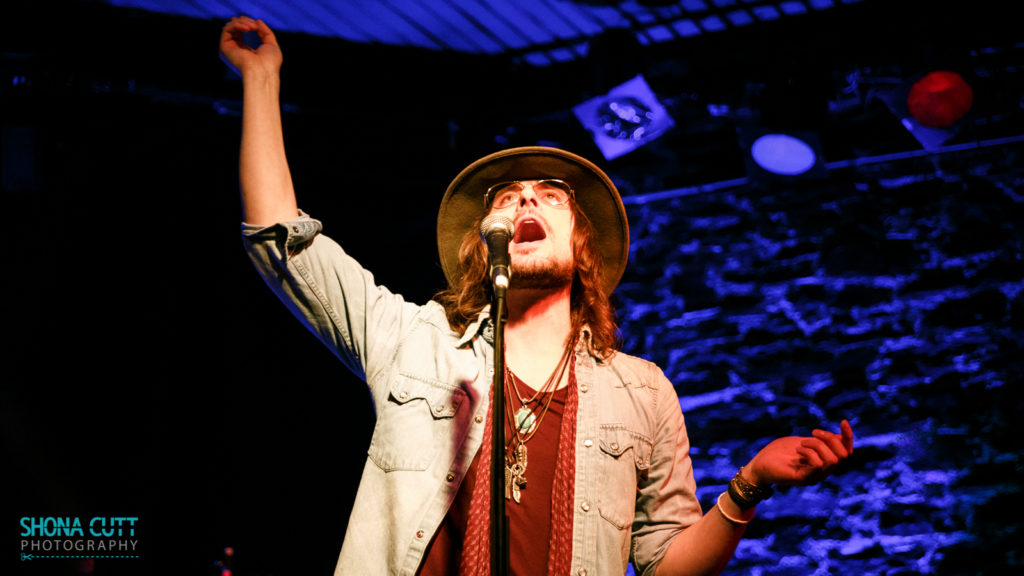 First up are Kent quartet Maker, who are seemingly tailored for the Primal Scream/Kasabian audience. They’ve certainly got the musical chops, as well as a frontman who has the whole Liam Gallagher thing going on. But this is all pretty familiar stuff, with little new to bolt on to a well-worn template. 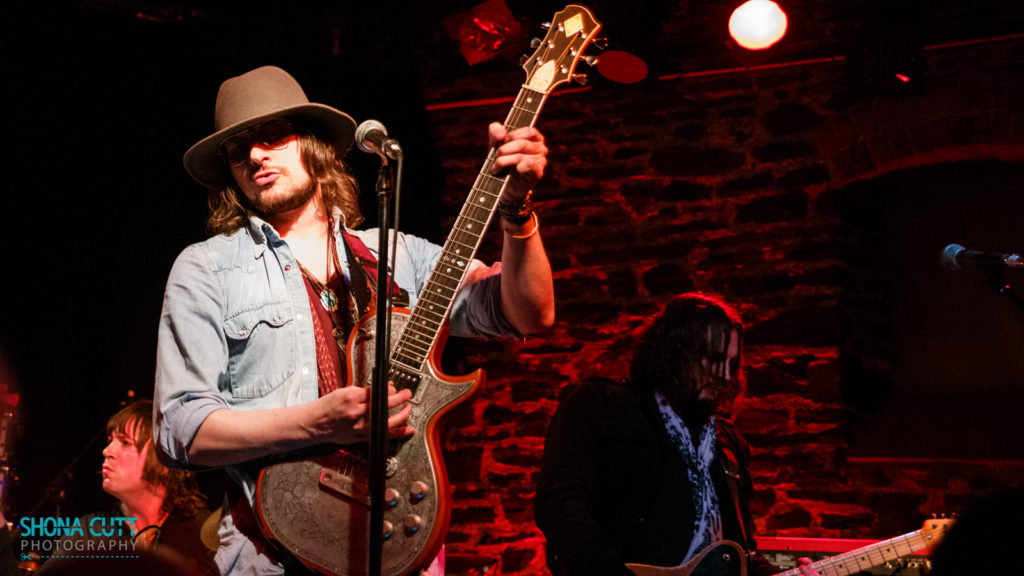 One song even sounds naggingly like it’s constructed from an old Allman Brothers riff repeated over and over until finally you think, hang on, that’s Midnight Rider. Unusually, however, they get a much better sound than the headliner – more of which shortly. 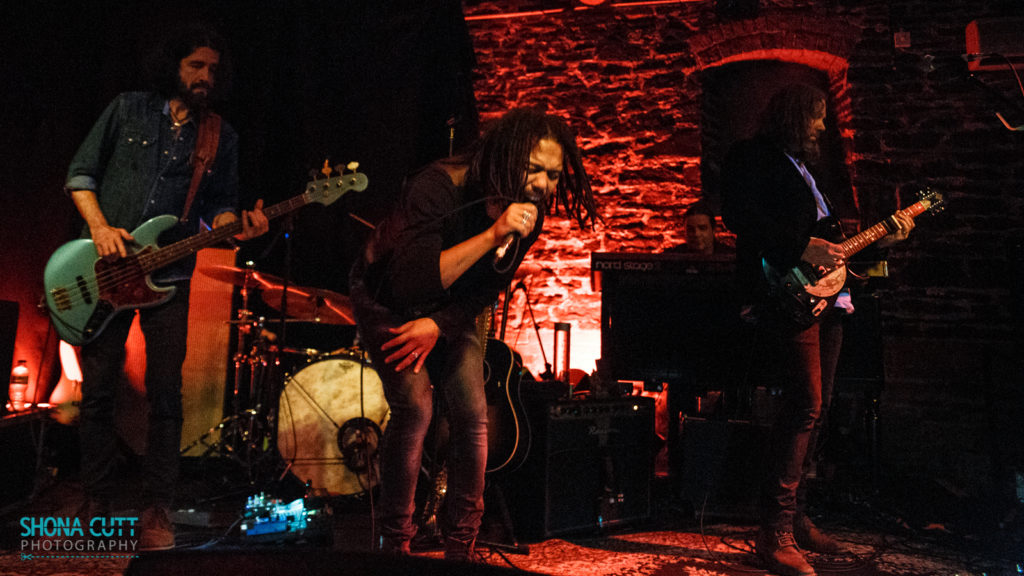 There’s no shortage of eager anticipation for this first Bristol show by The Magpie Salute. These are three former Black Crowes, after all, along with longstanding members of guitarist Rich Robinson’s band. And with just one studio album under their collective belt, there should be plenty of pleasant surprises in this two-hour set – especially given the band’s propensity to keep things fresh by shaking up the set list each night. 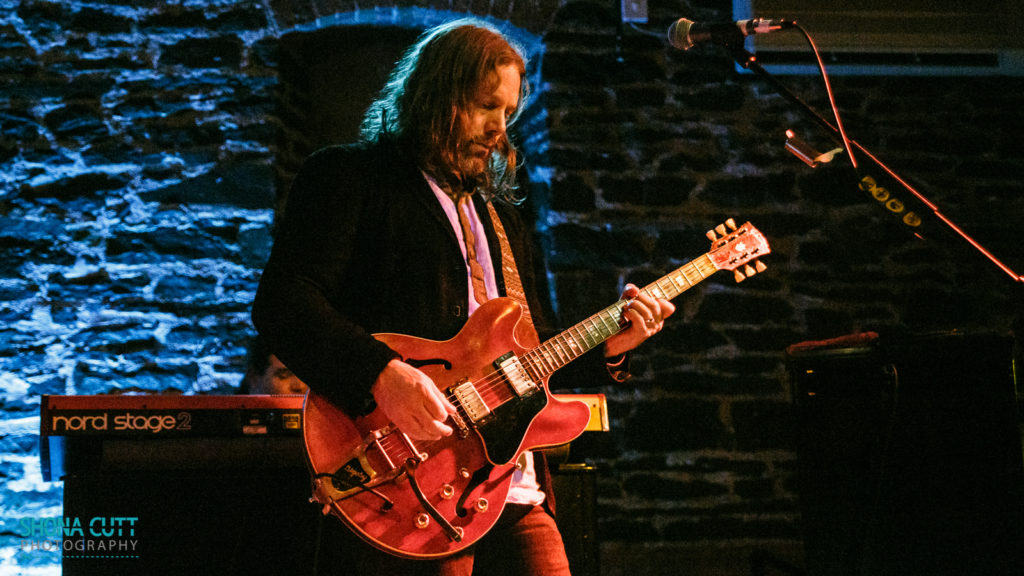 They emerge onto Fiddlers’ peculiar corner stage with no great fanfare, launch straight in to the title track from High Water I, and it sounds . . . horrible. This is no fault of the musicians. The over-driven PA delivers a sound riddled with distortion, robbing their music of all its nuance and subtlety. Several people around your correspondent wince. A couple of songs in, Robinson seems to call over the sound man and we hope things will improve. Alas, they do not. 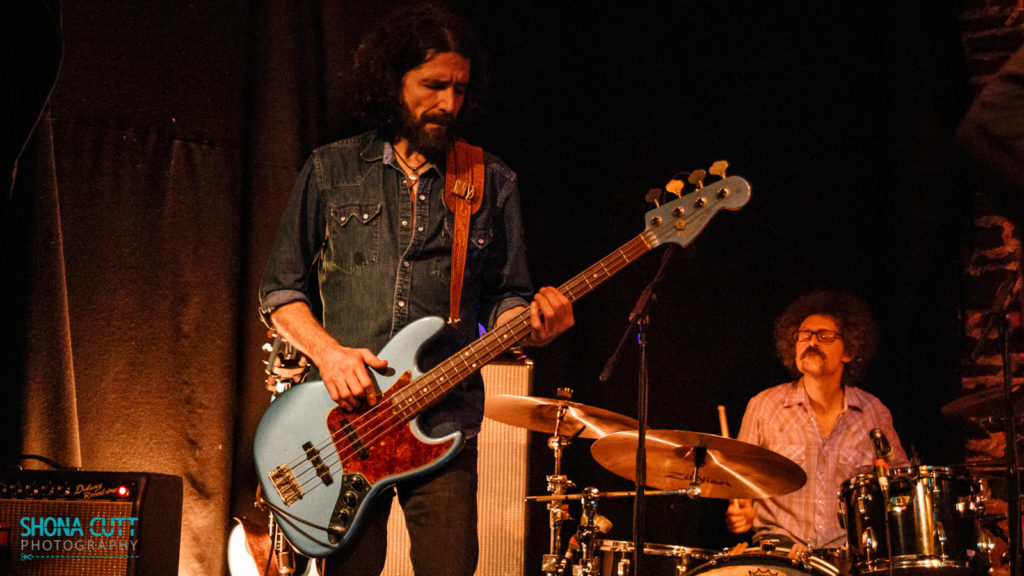 With this rather severe handicap in place, rendering even the lovely multi-part harmonies of For the Wind something of an endurance, it’s a struggle to appreciate the musicianship on display. Robinson and fellow guitarist Marc Ford clearly enjoy one of those great musical rapports that elevate the best southern rock bands; cheeky chappie Swedish/Nigerian Londoner John Hogg is an engaging frontman, even though his acoustic guitar is mostly inaudible; the formidable Sven Pipien/Joe Magistro rhythm section is not afraid to get funky when occasion demands; and keyboardist Matt Slocum mostly fills out the sound, being afforded only occasional opportunities to shine. 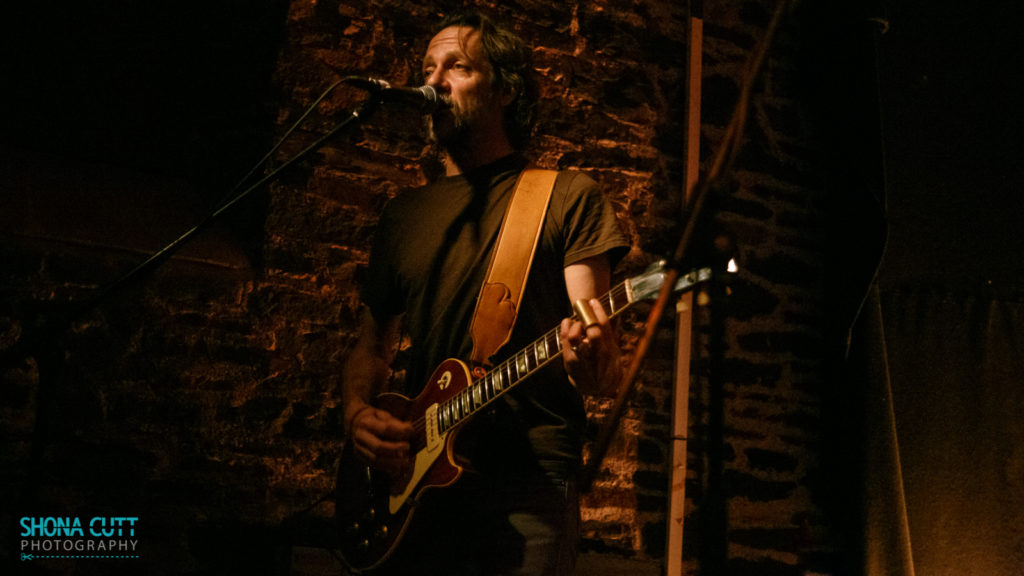 Set-wise, in addition to playing much of High Water I they’re in a Velvetsy frame of mind, with covers of What Goes On and a particularly impressive Oh! Sweet Nuthin’. The Neil Young-esque Smoke Signals plucked from Ford’s solo catalogue is another highlight, fully deserving its place in the set. Omission was, however, something of a surprise omission. 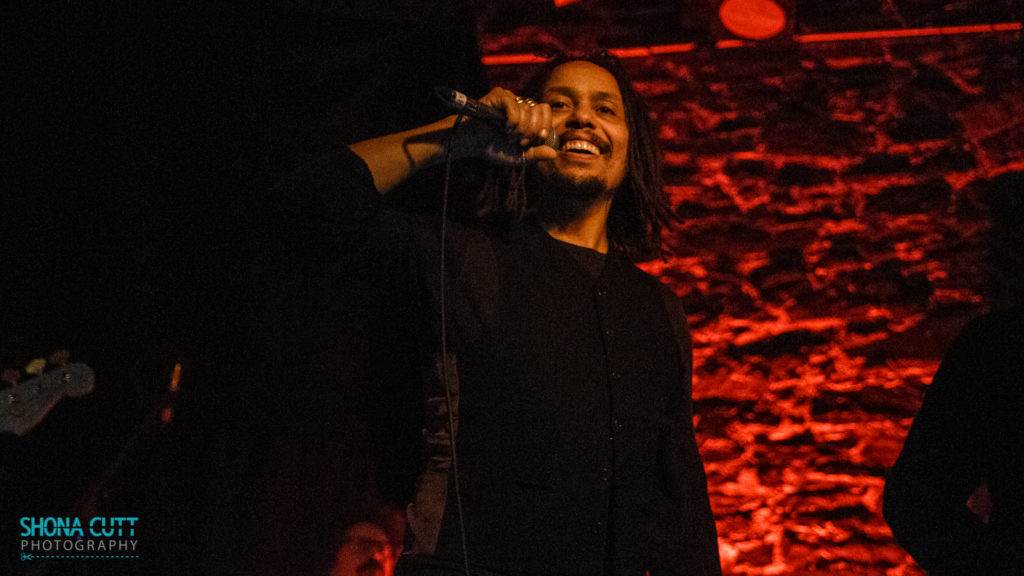 The mid-set acoustic interlude proves something of a blessed relief from all that distortion, with Hogg, Ford and Robinson joining forces for a sweet Sister Moon followed by a bash at CSN’s You Don’t Have to Cry. This is certainly distinctive, but given that none of these guys really tackle the high notes it sounds rather more like Stills, Stills and Stills. Then the first Crowes song of the evening, Lay It All on Me, sees the full band come crashing back in. 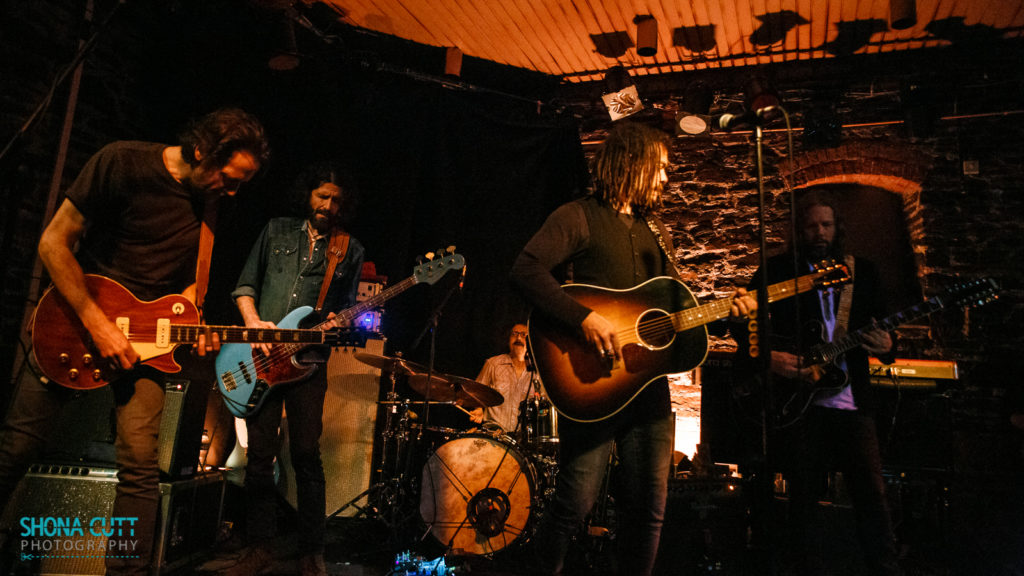 At least they don’t go for the obvious Crowes songs in the latter half of the set, rewarding the faithful with the likes of She Gave Good Sunflower and Horsehead. Send Me an Omen, one of the best songs on High Water I, concludes a seamless encore. It’s now after midnight and people start to trickle out into the rain as music is played over the PA. But then, unexpectedly, the band return. One wag demands I Ain’t Hiding (the alarming, atypical Crowes dancefloor song that Rich’s brother Chris has recently revived with his Chris Robinson Brotherhood). “The disco song?” he remarks incredulously. “You’ll have to go to California and see the CRB to hear that shit.” Still no love lost between the siblings, then. Instead, we get a sublime Wiser Time, which almost compensates for the atrocious sound we’ve endured all evening.