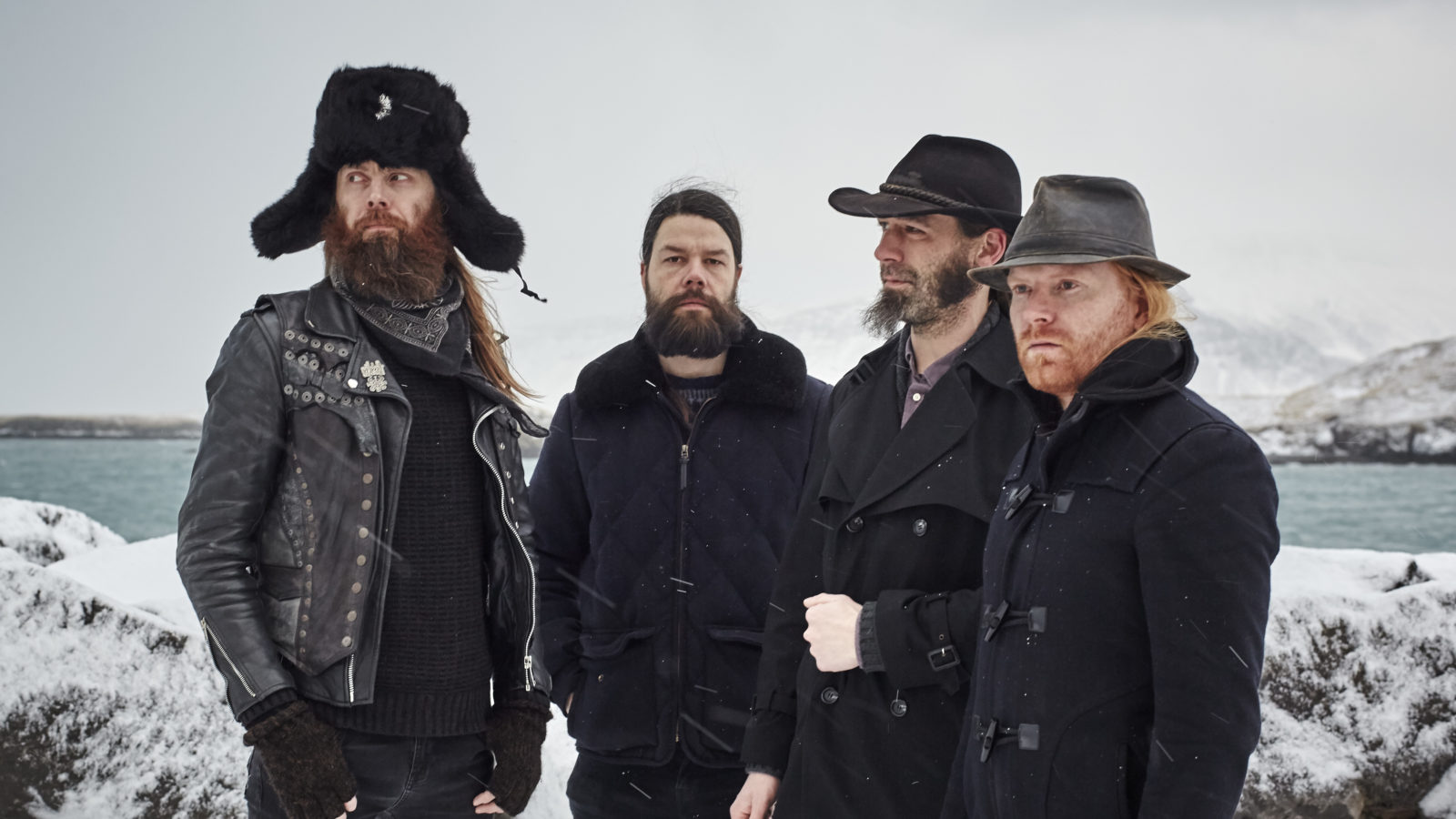 Some albums offer instant gratification. Others yield their secrets slowly. Only on the umpteenth listen does it finally click and you think, ‘Holy crap – this is really incredible’. Each of Icelandic band Sólstafir’s six albums fall firmly into the latter category. So it’s probably for the best that the latest, Berdreyminn (that’s ‘dreamer of forthcoming events’, apparently), was released 18 months ago.

Pigeonholing the distinctive Reykjavik quartet’s music is a fool’s game. The standard ‘atmospheric post-metal’ tag seems somewhat inadequate given the muscular hypnotic grandeur of their epic songs, which frequently hit a trancey groove as they stretch towards the 10 minute mark. ‘Progressive rock’, on the other hand, conjures up inappropriate associations – this is not, for example, a band who showcase virtuoso technique – but it does have the benefit of annoying those who deserve to be annoyed. 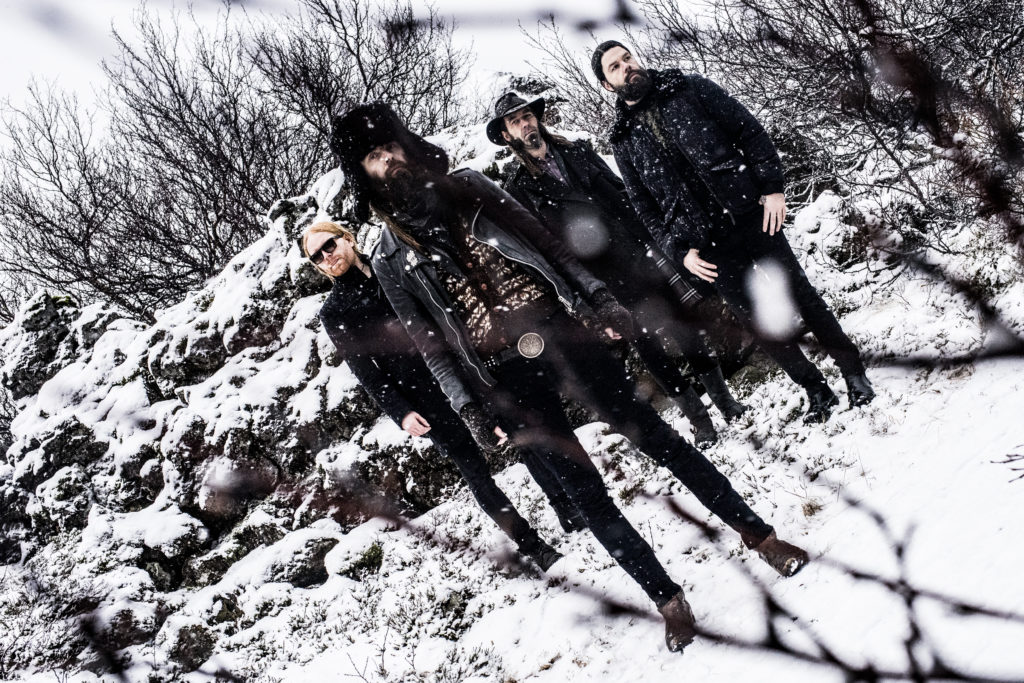 Anyhoo, here they are, backlit in red and, as usual, resembling a US southern rock band or refugees from a Sergio Leone western who’ve been transplanted to the tundra. Guitarist Sæþór Maríus Sæþórsson and pigtailed bassist Svavar Austmann both sport cowboy hats, while guitarist/vocalist Aðalbjörn Tryggvason favours the top-knot. Lurking at the back, drummer Hallgrímur Jón Hallgrímsson is Sólstafir’s newest recruit, having made his recording debut with Berdreyminn. They start by skipping back to 2009’s Köld, the eight minute-plus instrumental opener 78 Days in the Desert setting out their stall effectively with its pounding rhythms and haunting melodies.

We only get to see the whites of their eyes when the lighting changes as they reach Silfur-refur, the most immediate track on Berdreyminn. As Tryggvason is quick to acknowledge, we have absolutely no idea of what he’s singing about, but his melancholic keening is of a piece with the band’s stirring, emotional music. Ísafold, the spacey, propulsive stand-out track from Berdreyminn, is a set highlight, incorporating proper-job ’70s-style twin lead guitar and even a mutant disco rhythm as it conjures up those icy wastes in the Fleece’s cosy confines. 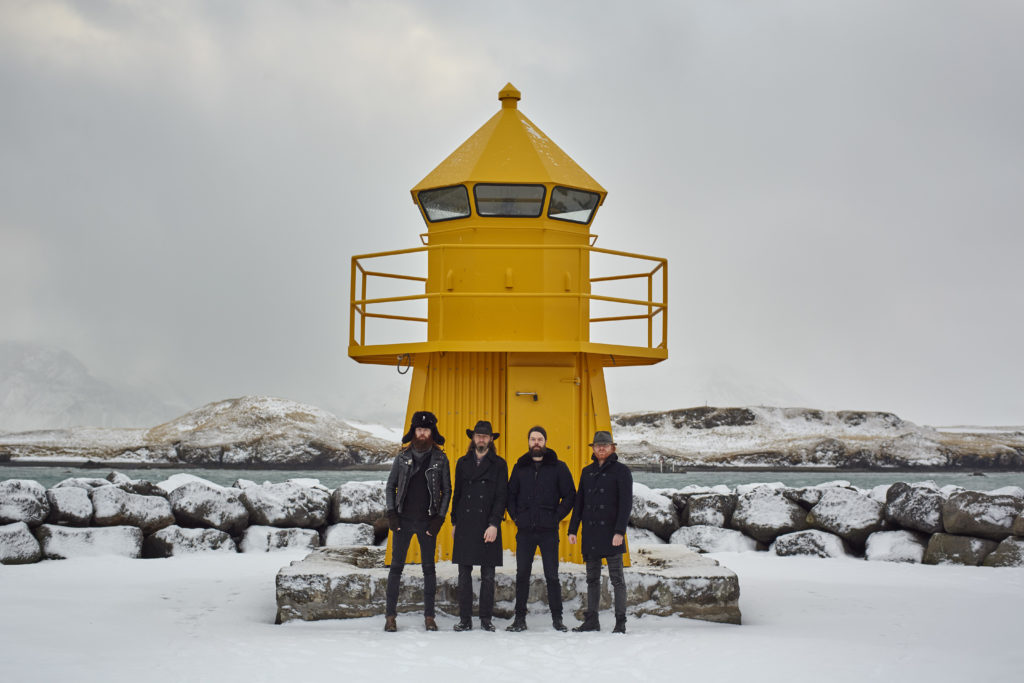 Quibbles? It’s a shame they have to rely on backing tapes for the orchestrations and keyboards – especially as the piano is such a key ingredient in their sound – and it would have been grand to hear a little more from Svartir sandar. But they played a good half of Berdreyminn, concluding – prior to the 12-minute encore of Goddess of the Ages – with the colossal chug of Bláfjall, which is about as metal as Sólstafir get, Austmann going full Lemmy on his Rickenbacker. “Everyone who owns a Rickenbacker has to do that,” a bassist chum observes, admiringly. “It’s the law.”