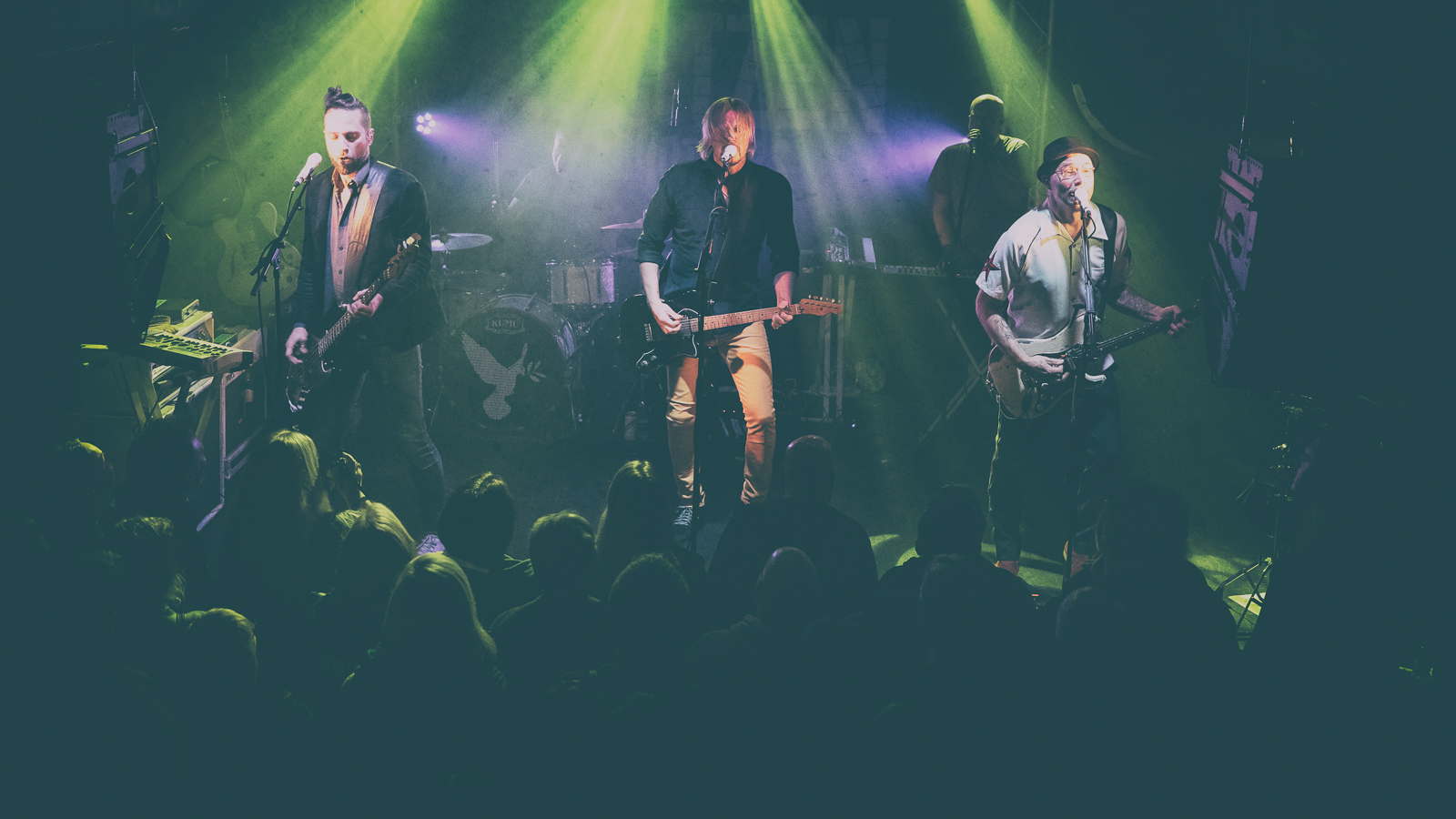 The clue’s in the title. This is the War Is Over – Part Two tour, which means the Von Hertzens have been hawking their seventh and most timely and political album for so long now that the show has finally rolled around to Bristol once more. So is it a case of  “déjà vu all over again”, as that great American philosopher Yogi Berra once put it?

Well, kind of. As before (November 2017, The Fleece, fact fans), the show opens with the epic three-part opening title track of latest album War is Over, whose titular tip of the hat to Mr. Lennon does little to alert the unwary to its 12 minutes of dense yet unfailingly tuneful – for this is a Von Hertzen trademark – prog-metal. And as before, the Finnish siblings span the front of the stage: Jonne (top-knot, bass and keyboards), Mikko (guitar, lead vocals) and Kie (beard, hat, specs, lead guitar), leaving the Other Blokes to lurk at the back. Only Mikko seems to have affected a sartorial tweak with his brave choice of orange trousers.

But last time round, the album had only just been released and we were still digesting its contents. Now these songs are more familiar and everybody is more comfortable with them, not least the Von Hertzens themselves. Super-catchy straight-ahead rocker The Arsonist has swiftly become a stage favourite, while refugee crisis song Jerusalem is about to get its own video marking the 70th anniversary of the UN Declaration of Human Rights.

They also dig a little deeper into War is Over this time. Blindsight gives Kie an opportunity to show off his percussion skills, while Long Lost Sailor boasts a guitar figure so gloriously uplifting the surprise is that they didn’t unleash it first time round.

Naturally, the primary focus here is on the Von Hertzens themselves and those incredible vocal harmonies, but the fellas loitering behind them are no slouches. Enjoying his second stint in the band, drummer Sami Kuoppamäki drives the likes of Freedom Fighter along at a furious pace, while keyboard player Robert Engstrand not only contributes a fourth voice to those harmonies but also gets to go full Jon Lord on occasion. Progtastic oldie Kiss a Wish from the band’s second album, Approach, has its orchestral mid-section reworked as a showcase for his dexterity.

These guys are also keen students of the old prog trick of using supremely well-crafted and concise melodic rock songs as a gateway drug to the more challenging stuff, and it’s a selection of these that dominates the crowd-pleasing latter part of the set, from the pumping Coming Home, with Kie giving it plenty of baritone, to the gorgeous Sunday Child, power-poppy Frozen Butterflies and soaring Flowers and Rust.

Back home, The Von Hetzens have been chart-topping celebs for well over a decade now. If they’re at all miffed about being stuck at club level in the UK, there’s no sign of it in this exuberant performance. What’s more, they probably wouldn’t play here so often if that were the case. Despite Mikko’s teasing about us being on a par with Sheffield (the shame of it!), this committed audience needs little encouragement to bellow along with gusto to Let Thy Will Be Done. If the Thekla had a conventional roof, this would surely have raised it.