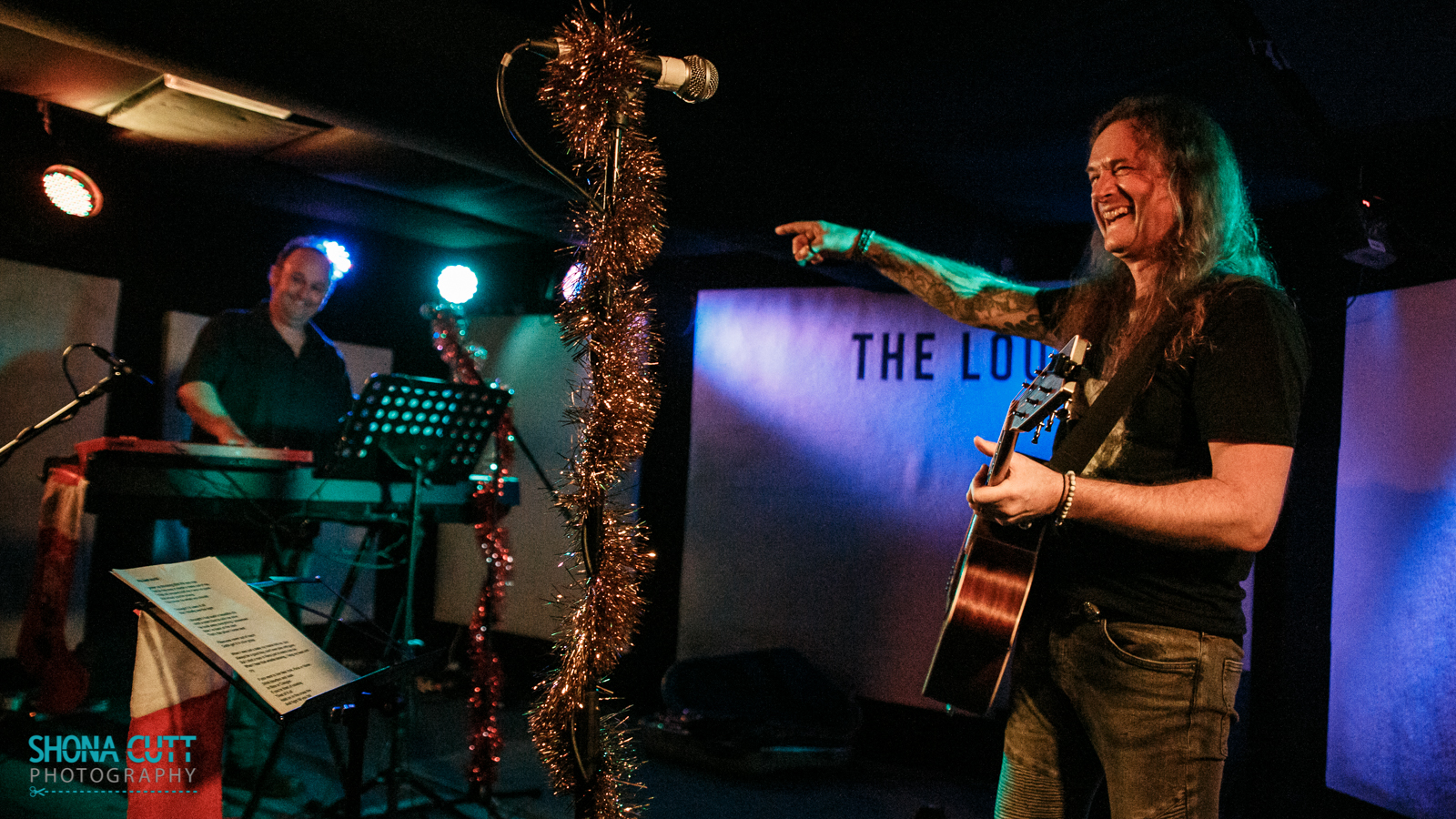 How could you not warm to someone who’s built a successful career out of what he describes as “shouting like a twat”? Few rockers have the raconteurial skills to pull off a performance like this hugely enjoyable if somewhat ramshackle show – part one of former Little Angels and current Wayward Sons frontman Toby Jepson’s intimate two-night stand at the Louisiana with his old mucker ‘Big’ Dave Kemp on keyboards, for which he alleges they’ve had just four hours of rehearsals. 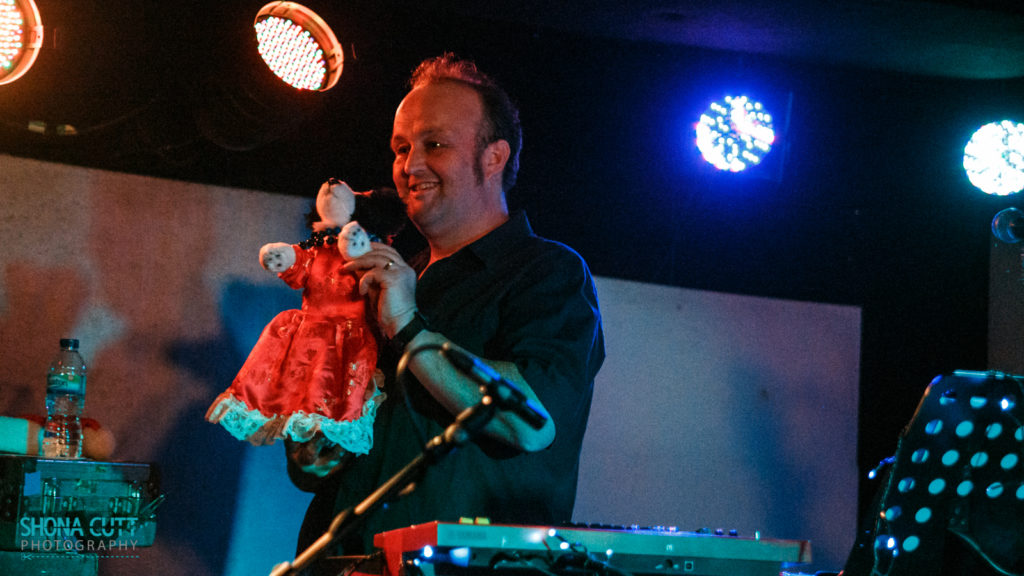 The microphone stands are decorated with tinsel, there are cheesy no-budget festive lights adorning Mr. Kemp’s keyboard, and a faintly creepy toy dog in a dress watches over the proceedings. As if we need to be told, Toby points out that the purpose of the exercise is to have some fun after a hard year of touring. The duo open with acoustic versions of those old Little Angels faves Young Gods and Big Bad World. Then the jollity begins as Toby intersperses songs with questions from the audience, promising to answer anything we care to ask, with BCFM rock DJ Andy Fox on hand with a radio microphone to keep some kind of order. 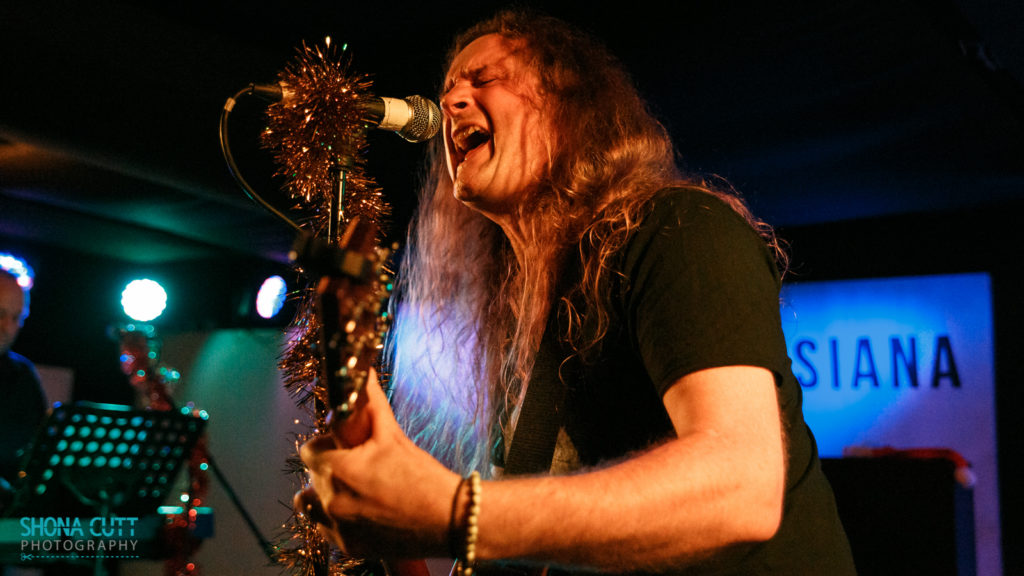 Such an unmediated show poses all kinds of dangers, especially if there are idiots present or it all descends into tedious “We love you!” gush. But most of the questions prove to be interesting ones, and when Kemp looks rather alarmed after being asked if he remembers staying at a particular Swindon hotel during the Little Angels reunion tour (“I don’t know where this is going…” he blanches) Toby turns it into an anecdote about a certain fellow member of the Big Bad Horns copping off with a ladyboy. 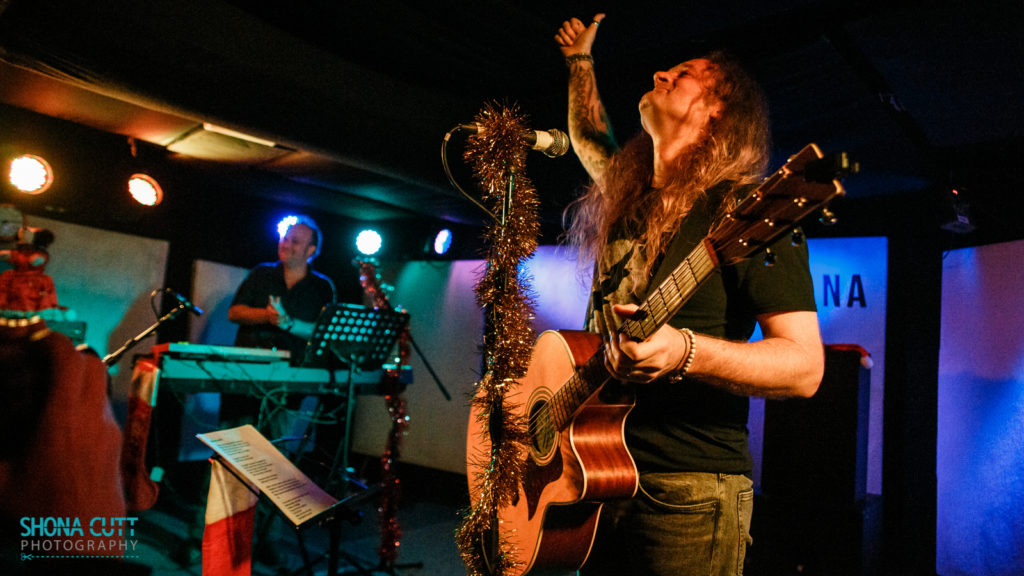 He talks frankly about his humanism, record company greed, how it feels to still be singing songs about being a wild and carefree teenager at the age of 51, why he hasn’t seen Bohemian Rhapsody (there’s a scene in which Freddie has a moustache when he shouldn’t and that’s just so wrong), the best bands he toured with in the early days (he won’t hear a word against Jon Bon Jovi; Eddie Van Halen saved the Little Angels from being thrown off the Van Halen tour after they got lost on a German autobahn and turned up late for a show) and the most appalling treatment they received (step forward and take a bow, shirty string-bender Yngwie Malmsteen). As usual, he also neatly sidesteps the inevitable question about the mystery of why the Little Angels split at the height of their success, having scored a number one album and sold out the Albert Hall. 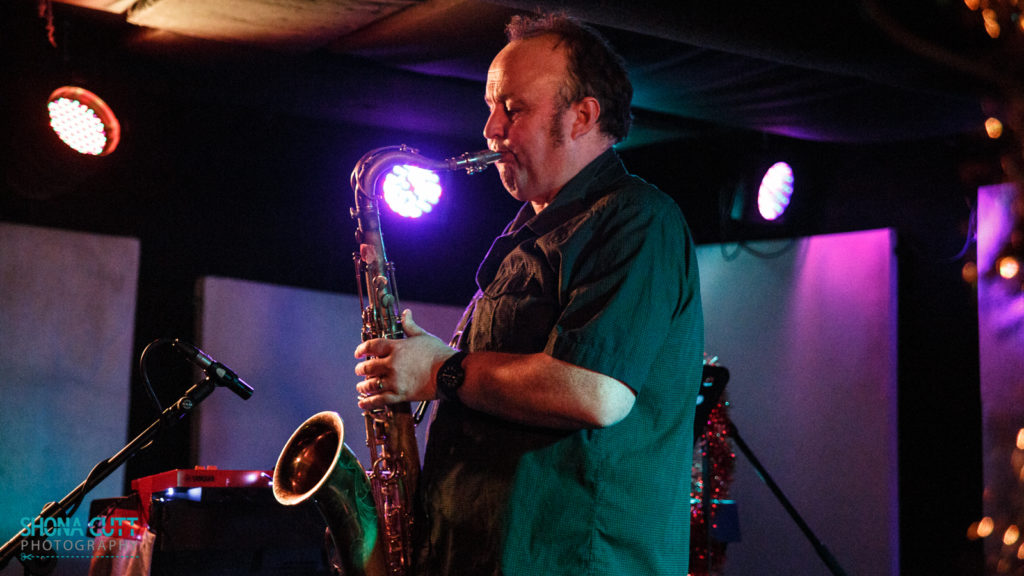 But the best yarn is a long and convoluted one about the late Ronnie James Dio. To paraphrase: as a 15-year-old Dio fan, Toby made a banner out of his mum’s old tablecloth with a giant hand-drawn portrait of Ronnie. He then took it with him to the Monsters of Rock festival and hurled it onto the stage when Dio came on. The little fella with the huge voice displayed it to the crowd admiringly, making teenage Toby’s day. Decades later, he learned that Dio had been buried in it. 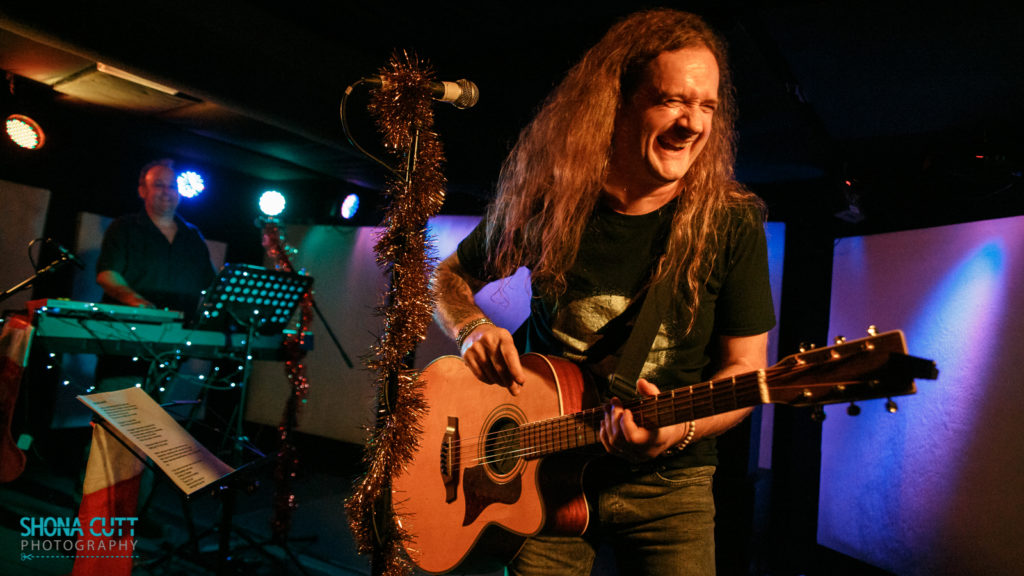 Musically, he digs deep into his solo catalogue, unearthing many an intriguing curio. Small Talk, the autobiographical song about how crap it was growing up in the ’80s, is also his most overtly political work (“I was born into Thatcher’s disaster/Cruel and selfish the first words that matter”). Given his commitment to writing songs that mean something, it’d be fascinating to know if he ever attempted to sneak such Billy Braggery into the Little Angels and whether this was resisted. 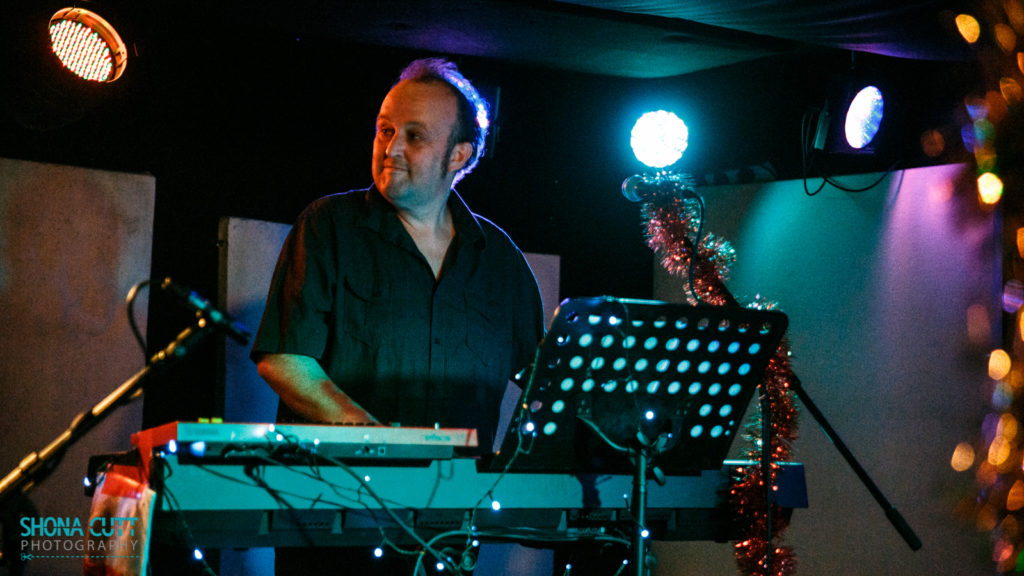 He tells us that obscure, Lennon-referencing LA B-side Not the Way It’s Supposed to Be was dashed off in half an hour to meet a deadline, while the excellent anti-death penalty song Unfortunate Son was inspired by a TV documentary about how a disproportionate number of those languishing on death row are poor and black. 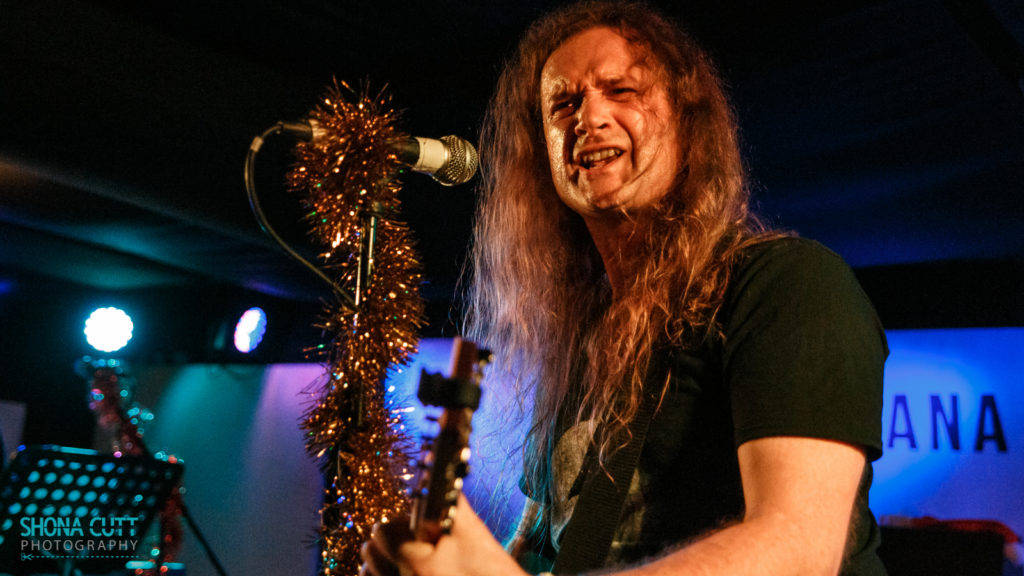 Kemp, who’s been handling most of the melody lines on keyboards, grabs his saxophone to add extra texture to Raising My Own Hell and Shadow Boxing. Only occasionally does it feel as though the Little Angels songs are ill-served by acoustic reinterpretation; some are actually improved. Womankind, the band’s biggest hit, always sounded over-produced to these ears. It’s much more palatable in stripped-back form. 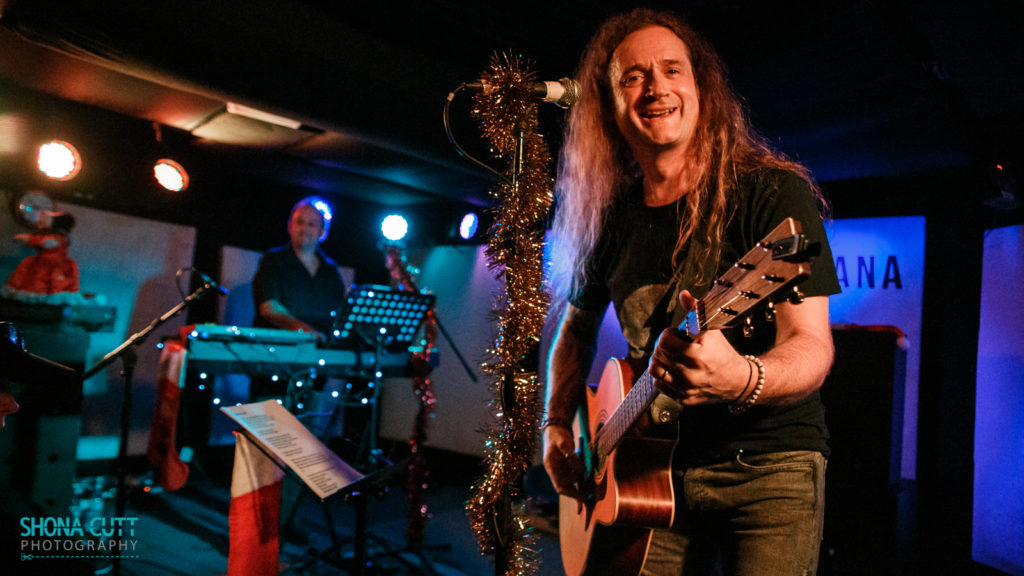 Suddenly it dawns on Toby that two hours have sailed by and he’s still got nearly a dozen songs on the setlist. A modest curfew extension is hastily negotiated and they race through a medley of Kicking Up Dust and Too Much Too Young. Jokingly, he promises to play the rest of the set the following night. The good news is that although this performance is a tad truncated, everyone present has had such a good time that there’s now a real likelihood of these shows becoming an annual event.

Toby Jepson’s second night at the Louisiana is tonight (Friday, December 14). It’s been sold out for weeks.