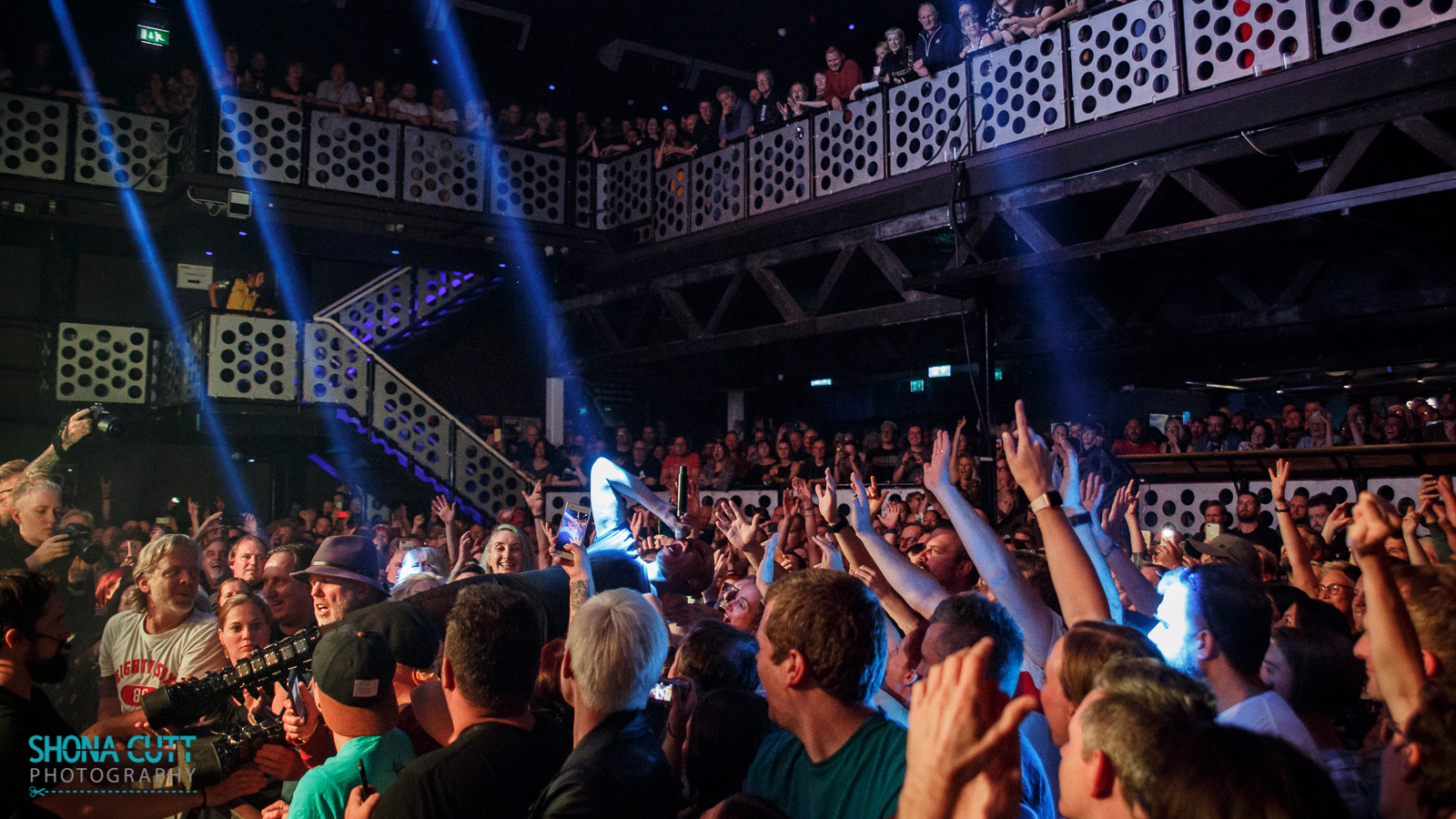 Few bands are equally at home playing Pride and Download – or, indeed, sharing a stage with AC/DC. But why should LGBT acts and audiences be stuck with that Kylie/disco stereotype? 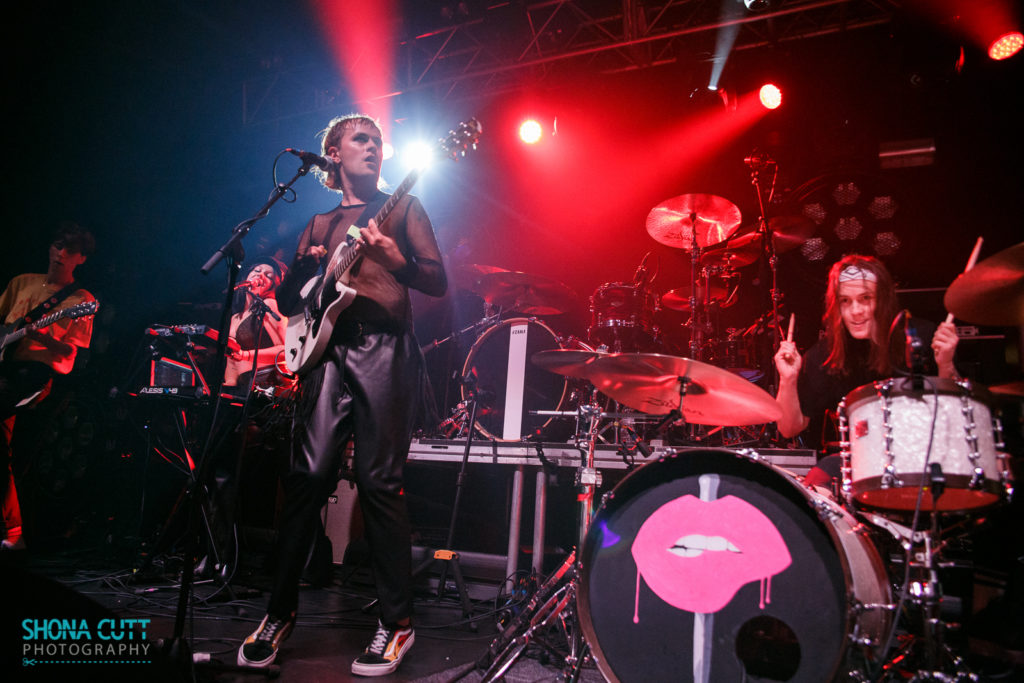 Granted barely half an hour to set out their stall, these cheery queer Scousers put a headliner’s worth of energy into their performance. This isn’t the most sophisticated or original music, and they’re operating in an increasingly crowded field, but their sly sense of fun (love those rainbow Gay for Satan T-shirts) works strongly in their favour and the likes of Lucy Fur demonstrate a knack for an irresistible chorus. 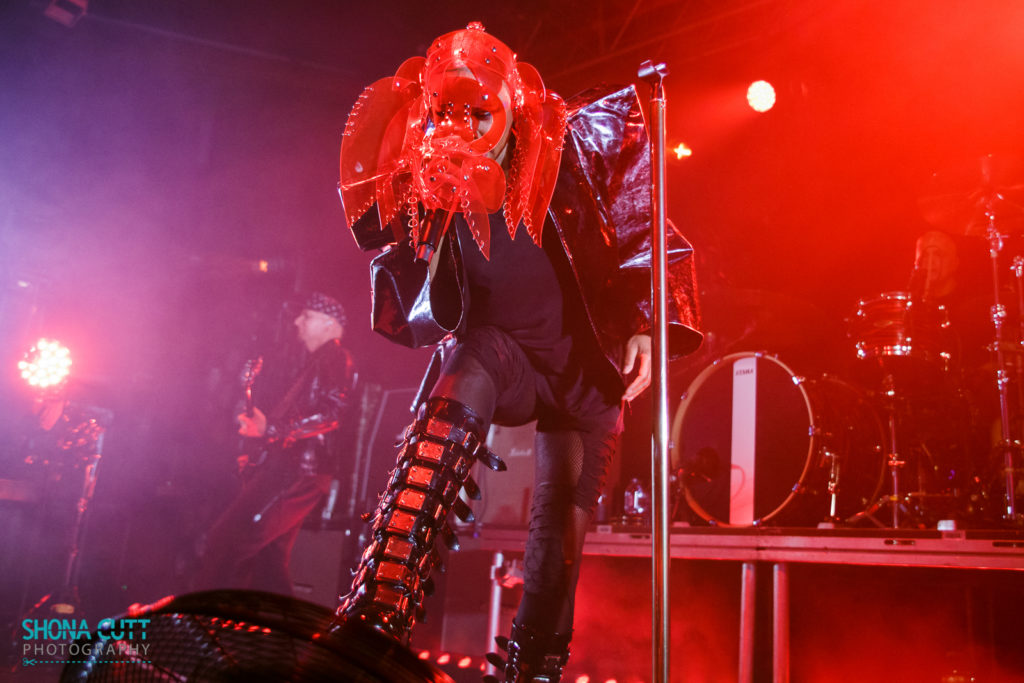 Who’d have thunk Skunk Anansie would still be with us, playing to a typically cosmopolitan, sold-out Bristol audience, after a quarter of a century – albeit with a few years off for bad behaviour? Who’d have thunk too that they’d be playing with just as much energy as they did at the Bierkeller back in the mid-90s? Fired up with angry feminist zeal, the young Skin sounded a tad shrill and breathless back then. Today, she continues to stage dive, crowd surf and allow herself to be borne aloft by punters clutching her ankles (“I promised my manager that I wouldn’t do that again . . . but I did,” she smirks), but her voice is unwaveringly powerful and magnificent throughout. 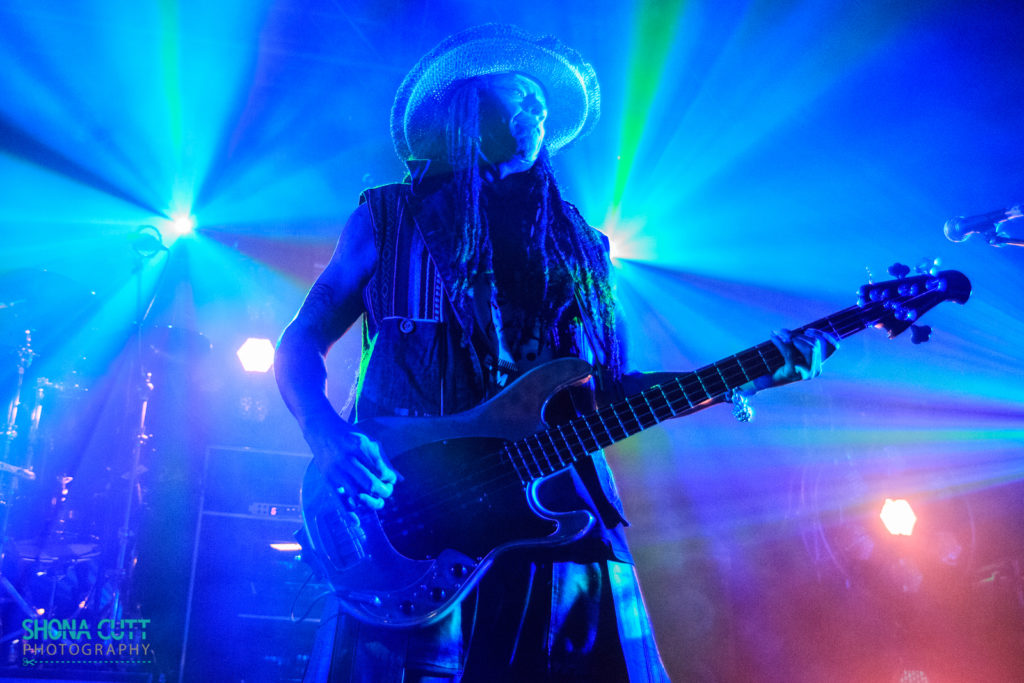 She sure knows how to make an entrance too. While Ace, Cass and Mark get busy with the intro to Charlie Big Potato, Skin bounces on wearing a typically flamboyant outfit that, to this reviewer’s shamefully untrained fashion eye, resembles a 1970s Doctor Who monster. I half expected Jon Pertwee to come on wielding his sonic screwdriver at any moment. Then there are those gargantuan boots. While poor ol’ Rob Halford seems to be weighed down by his fetish gear, Skin positively skips about the stage while strapped in to that vertiginous footwear, although she divests herself of the restrictive headgear pretty quickly. It’s a feat on a par with Lzzy Hale’s ability to play guitar and operate foot pedals in the pointiest of heels. 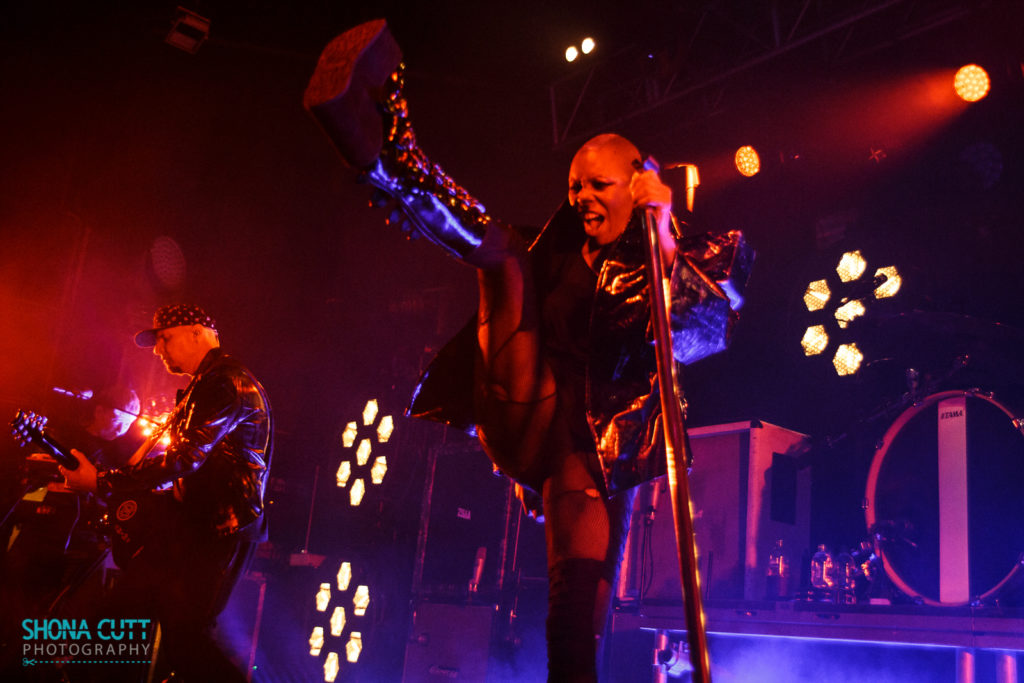 But, hey, that’s enough poorly critiqued fashion. Unlike those bands who perform “the old shit” grudgingly, Skunk Anansie revel in doing so. Perhaps it’s because of all those festivals they play, but without reworking these songs completely they seem to have identified the elements that really translate to an audience and amped them up. So I Can Dream sounds heavier than ever, while Twisted (Everyday Hurts) is even bouncier, thanks to Cass’s sternum-punching bass line. 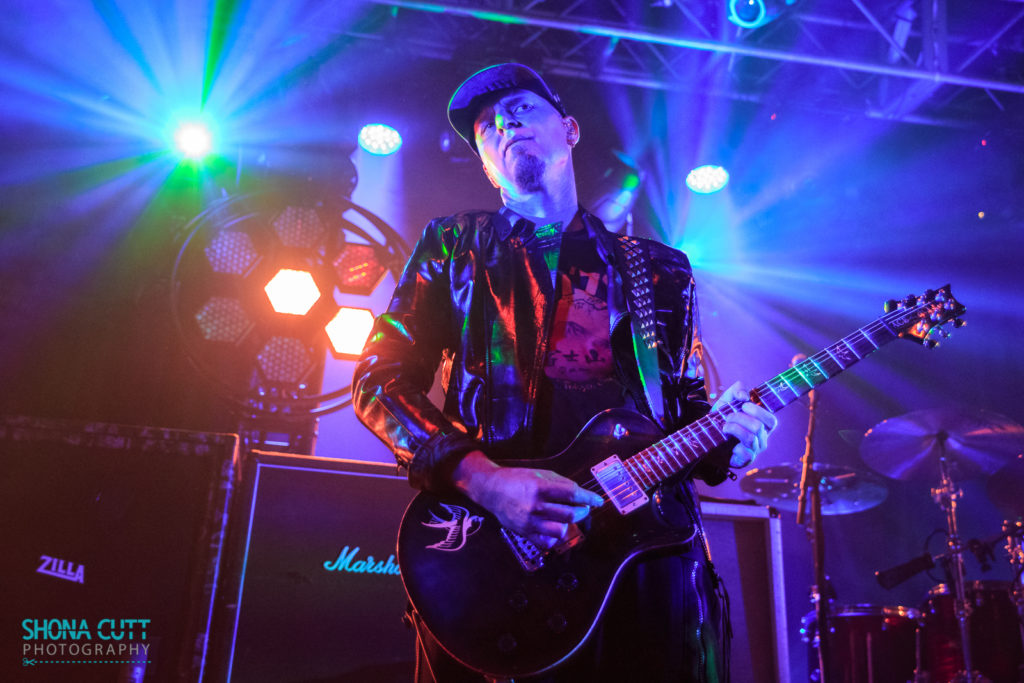 All of which underlines the fact that this isn’t, and never has been, The Skin Show. Ace, Cass and Mark rock as hard as you could wish for and remain ferociously tight. There’s an additional musician on stage too. Erika (yep – just Erika, apparently) occasionally duets with Skin but is mostly an unobtrusive multi-tasker, contributing keyboards, guitar, percussion and backing vocals that help to fill out the sound. 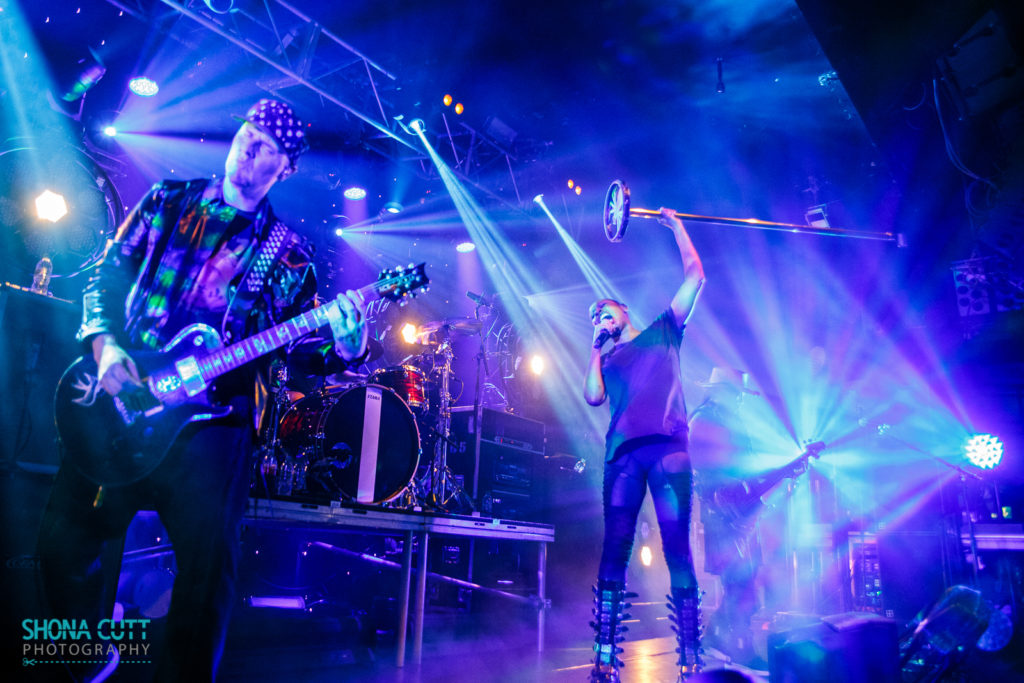 Introducing the band’s breakthrough song Hedonism (Just Because You Feel Good), whose huge singalong chorus swiftly established it as an audience favourite, Skin tells us: “I shouldn’t say this, but I’m really happy and the person I wrote this about 25 years ago is really fucking miserable.” It’s followed by the as-yet-unrecorded This Means War – a pleasingly riff-driven monster of a song which proves to be one of the heaviest things they’ve written, suggesting that you write them off as a cosy heritage act at your peril. 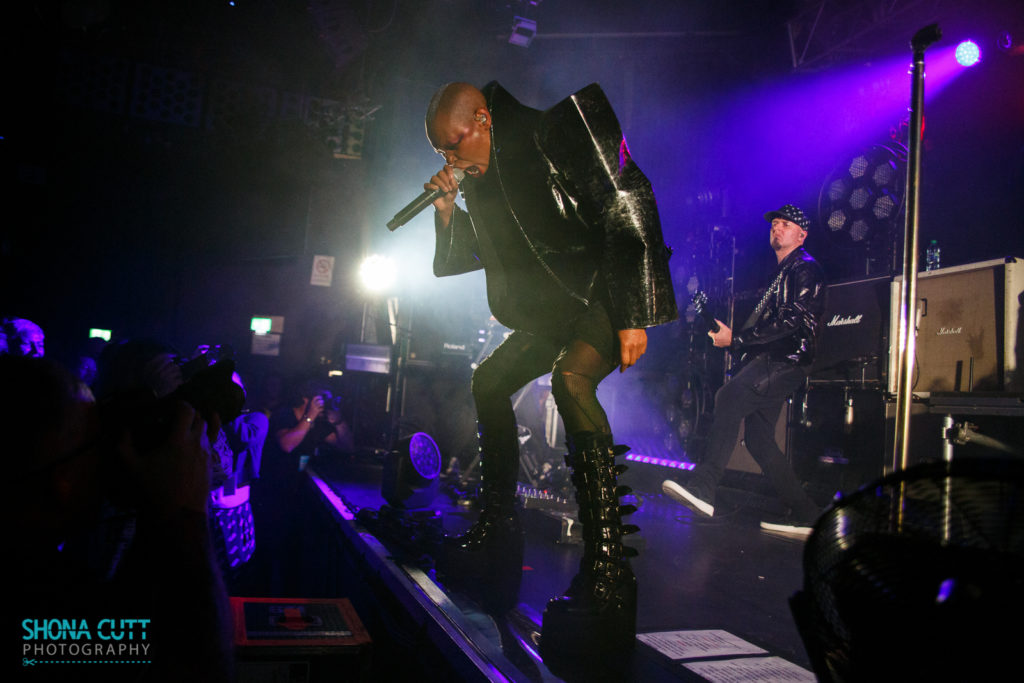 But wait – where’s the politics? Skunk Anansie have never seemed more relevant than in the age of populism and Brexit, with its nasty undertow of officially sanctioned racism. Perhaps wary of the dangers of preaching to the choir – or ‘going full Billy Bragg’ as it’s known in the trade – Skin merely observes that everywhere they’ve been on their current European tour people want to ask them about Brexit. She emphasises the importance of minority communities sticking together, pointing out that every musician on the stage is one generation removed from immigrants. 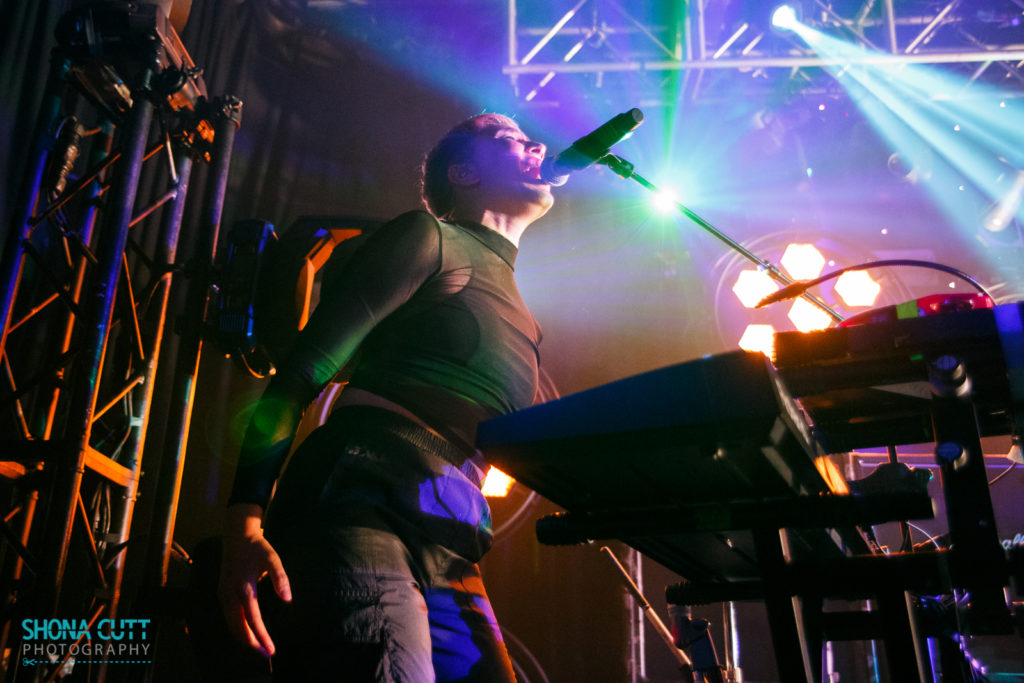 The music, however, is as angry as ever as they return to that triumvirate of Intellectualise My Blackness, Yes It’s Fucking Political – with full-on theremin wig-out – and a closing second encore of Little Baby Swastikka (a song that once led to them being branded Nazis in the crazy, uncomprehending USA). 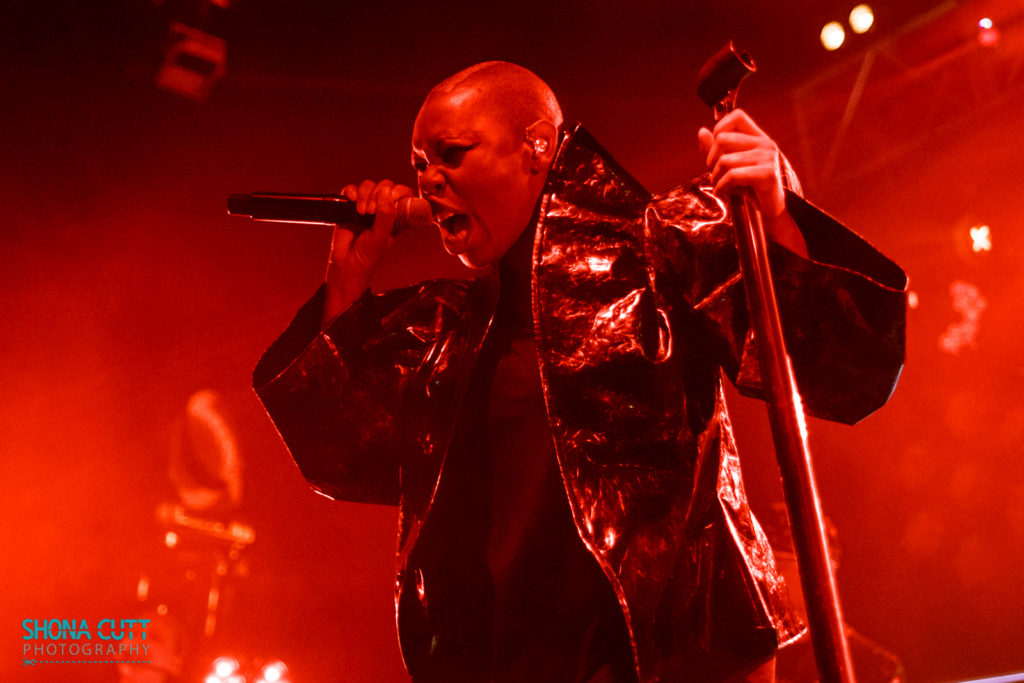 But it’s all leavened with plenty of playfulness. Ace toys with the riff to Highway to Hell during the band introductions, and the others pick it up. “Shall I sing it? Shall I sing it?” teases Skin. We all roar our approval, so she does – or the first verse and chorus anyway. And it sounds absolutely glorious. Just imagine: instead of getting Axl Rose back in to deputise if Brian Johnson drops out again, AC/DC could be led by a bald, black, bisexual woman with a huge voice. C’mon – who wouldn’t want to hear Skin subverting Whole Lotta Rosie?