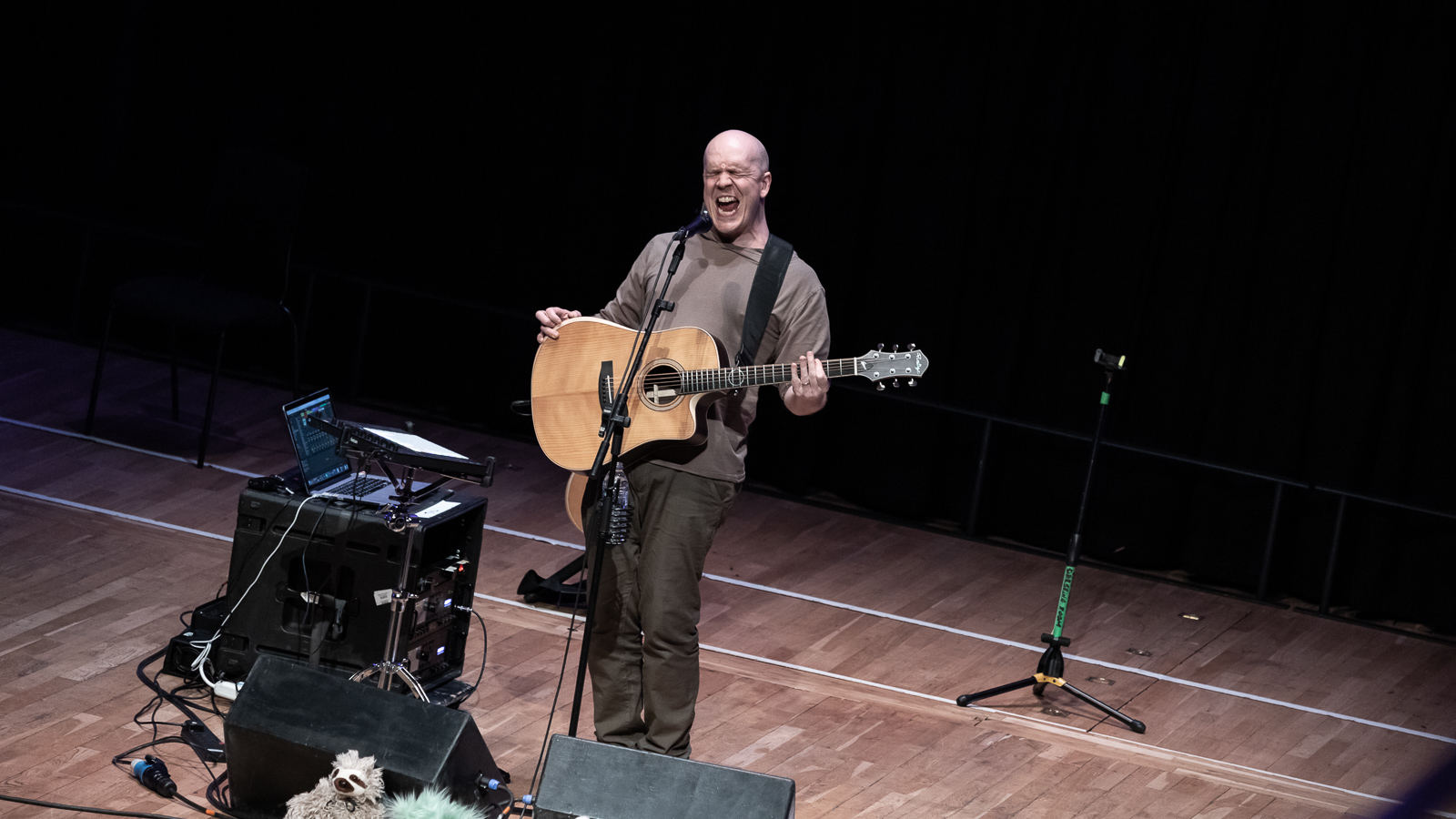 This is a whole new experience for most of us and, indeed, for the rather lovely St. George’s, which is invaded by good-natured metalheads for the occasion. Professional photographers have even been issued with strict instructions not to use noisy camera shutters, which is something of a first for those whose subjects usually emit noises tending towards the ear-splittingly loud end of the sonic spectrum. 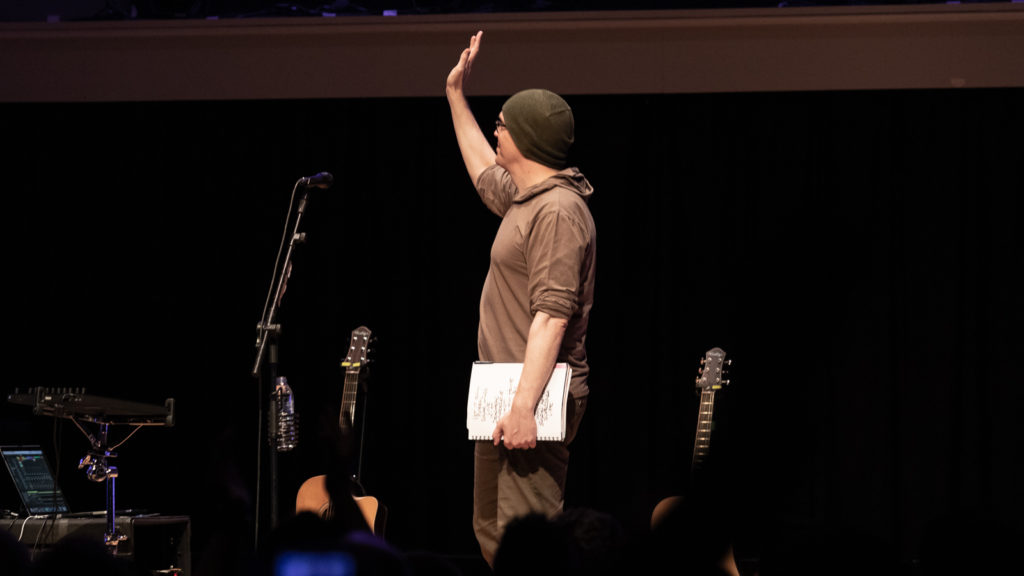 Canuck polymath Devin Townsend benefits from an audience so loyal that they’ll happily follow him from extreme metal to ambient music, country rock and even a brace of scatological prog-metal concept albums about a coffee-loving alien. He’s done acoustic tours before, including a show at the Trinity back in 2015. But he’s never undertaken anything quite like this: an intimate blend of performance and soul-bearing audience Q&A, which he confesses leaves him feeling naked on stage.

It later transpires that Hevy Devy sees this as is the first part of a lengthy journey that will culminate in 2021 with a full performance of his extraordinary latest release, Empath – album of the year alert! – in metal, choral and orchestral form, with three drummers and, quite possibly, the kitchen sink. This being mercurial Devin, of course, that plan could change by next week. 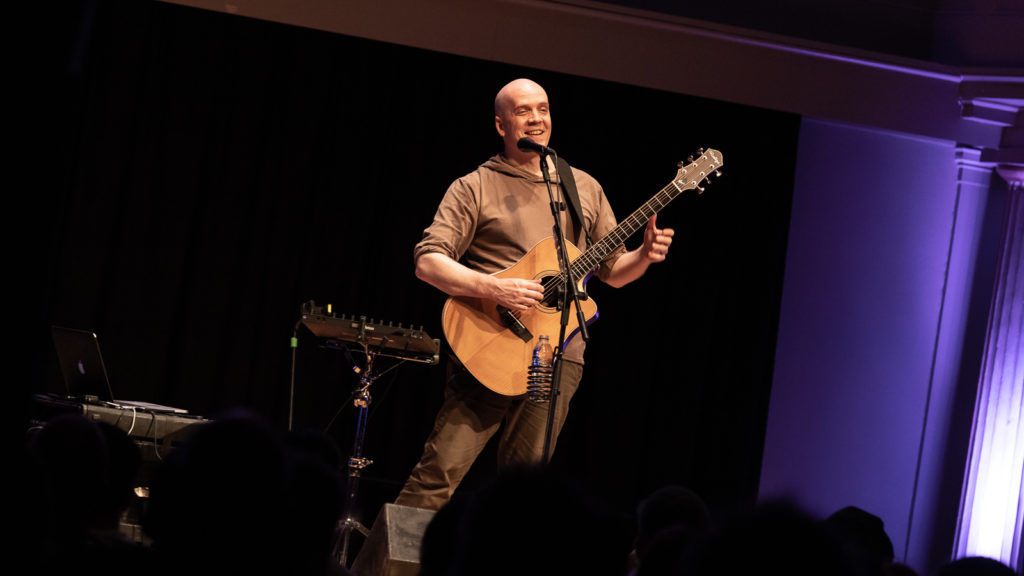 Armed with just an acoustic guitar and a laptop, he explains that this is how all his songs are written. The lengthy, career-spanning opening set serves to showcase his astounding vocal versatility. Some of these revamped versions are now quite familiar. Hyperdrive has always worked well in acoustic form and Ih-Ah! is an irresistible slice of uplifting singalong pop that requires little alteration. But Strapping Young Lad’s furious, none-more-metal Love? couldn’t be further from where Devin’s head is at right now, being reworked as an even more brooding slice of menace than usual, while retaining his full metal roar. It’s probably the first time St. George’s fine acoustics have been treated to such a performance. And as Devin only has an exterior monologue rather than an interior one, he annotates the song as he goes, provoking gales of laughter.

Funeral from 1997’s Ocean Machine – an album steeped in intimations of mortality, from which he plays several songs tonight – is a stark revelation when stripped bare, while an unlikely rendition of Bring Him Home from Les Mis fulfils Devin’s promise of acoustic metal musical theatre. A ramshackle Why? is the sole song from Empath aired tonight, albeit in unapologetically unrehearsed form, this being only the second time he’s performed it live. One shameful wag can’t resist bellowing “Delilah!” after the “why, why, why” line. 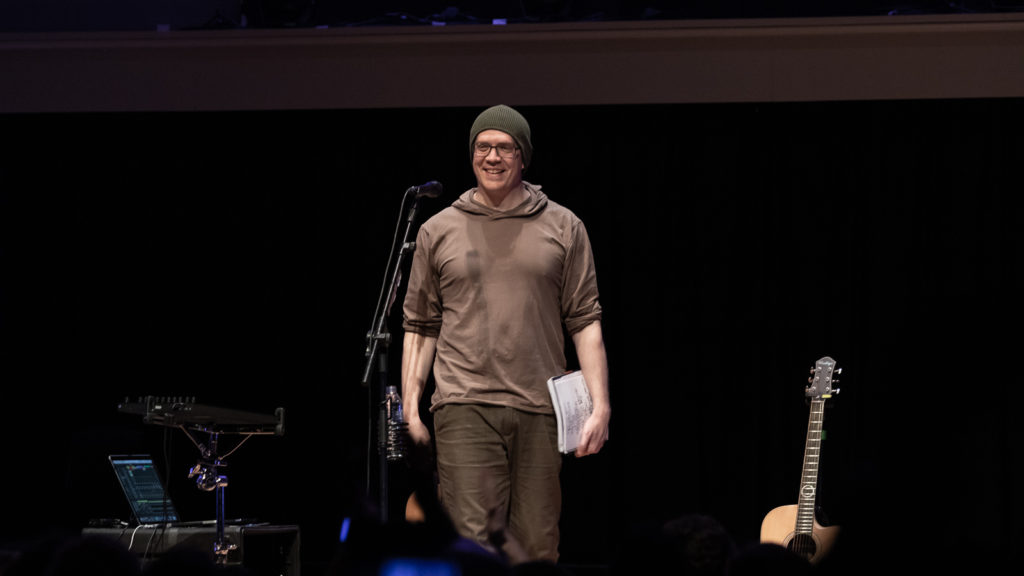 A 20 minute interval gives us the opportunity to “urinate and defecate”, as Devin helpfully reminds us, as well as a chance to peruse the merch stand, where Ziltoid Planet Smasher puppets and those covetable space cats T-shirts are on sale. A free squishable poozer keyring is offered with every purchase, so how could anyone resist?

Having run out of time for audience questions during the first set, Devin packs them all into the second half of the show. In an attempt to keep some semblance of order, he’s solicited these in writing and proceeds to work his way through as many of them as he can. He reveals that Empath is, in part, about making peace with his younger wayward self, shares his considered opinion that while men and women may be “assigned different tackle” they are fucked up in similar ways, tells us that his favourite animal is the sloth, and asserts that being a rock star is a manifestation of mental illness. He’s a natural raconteur, making this rib-tickling stuff. When it comes to the work and his legions of devoted fans, however, he has a tendency to tie himself in knots of self-analysis – being grateful for all the attention and commercial success, but so riddled with insecurity that he feels unworthy of it. Typically, he’s self-deprecating and then criticises his own self-deprecation as a sign of weakness. Much more of this and he’ll make Woody Allen seem like a thrusting alpha male by comparison. 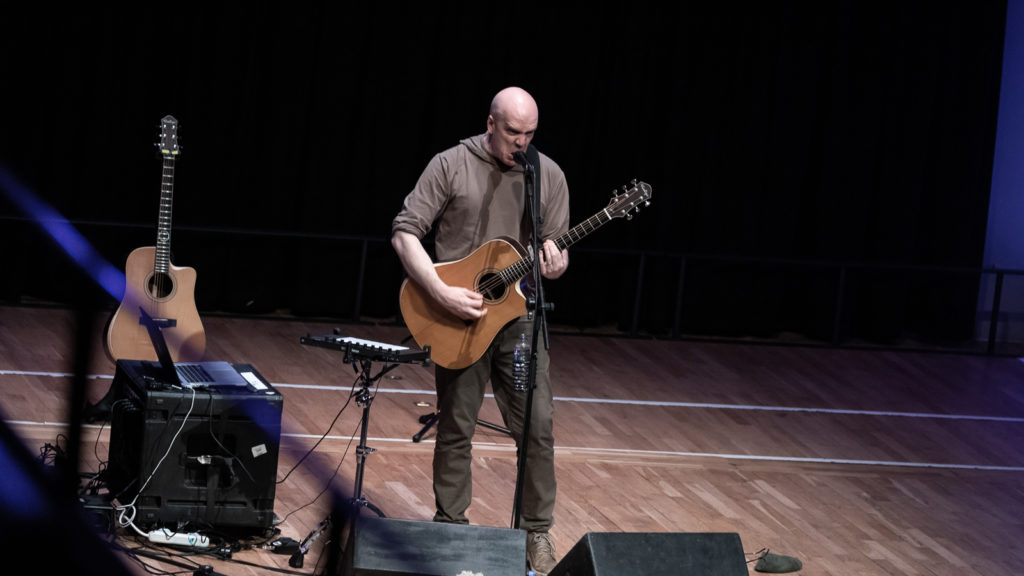 Along the way he’s presented with a (rather good) portrait drawn by a fan, records a phone message for someone’s sick buddy, and congratulates a couple who’ve just discovered that they’re expecting twins. His long-gestating penis symphony, we learn, is currently on hold. This prompts one over-excited bloke to exclaim “Penis!” only for Devin to deride his contribution to the discussion and dub him Penis Man. “I’m married to Penis Man,” offers Mrs Penis Man, ruefully.

Needless to say, some of the questions are pretty surreal. Would you rather have teeth for hair or hair for teeth? Will you adopt me? (“No!”) “Can I put you on hold for a couple of minutes so I can go for a wee?” shouts a chap who says his name is Steve. Bad move. While he’s away, Devin improvises an unflattering ode to Steve’s malfunctioning nether regions. 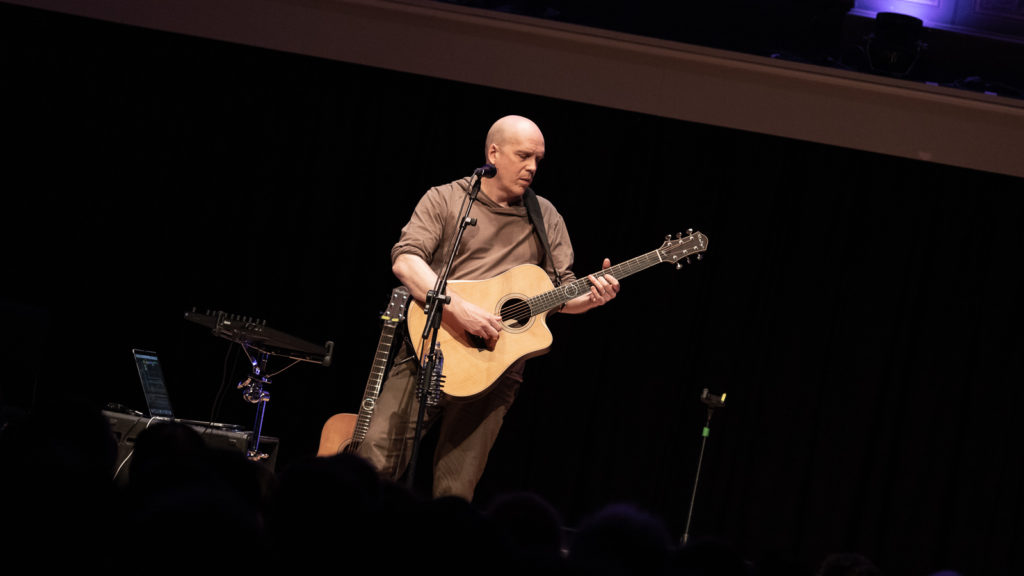 After the best part of three hours, he concludes this curfew-busting show by returning to the dark Ocean Machine for Life, which celebrates mortality while acknowledging the inevitability of death. “I’ll see you on the other side,” it concludes. That may be so, but we’re planning to cling on for the full Empath production first, if it’s all the same to you.