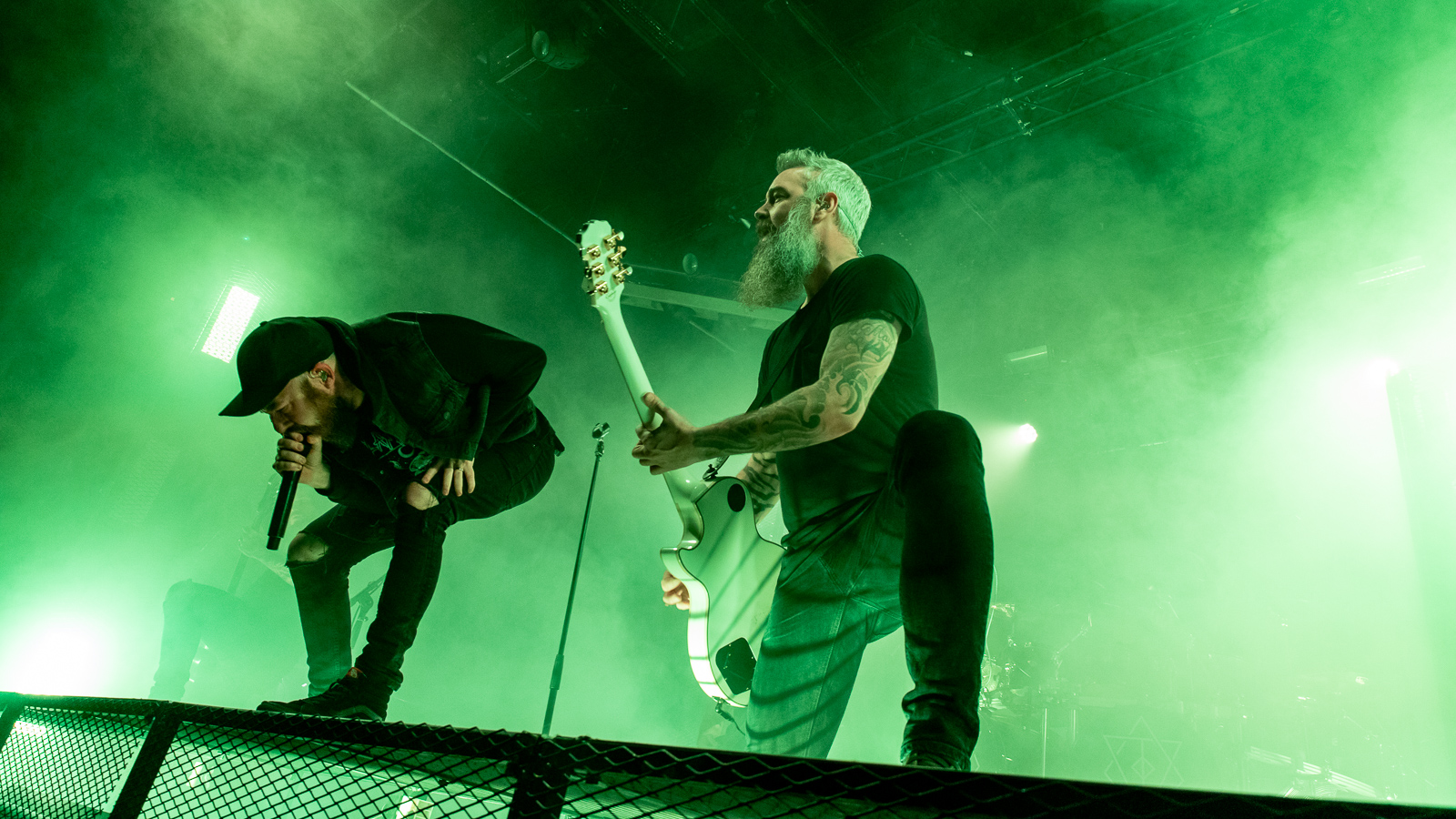 Former Killswitch Engage frontman Howard Jones (not that one) hasn’t moved far from his metalcore roots with his latest band, Light the Torch. Given his pedigree, it’s a tad surprising to find them occupying a brief slot opening a three-band bill on their first UK tour. 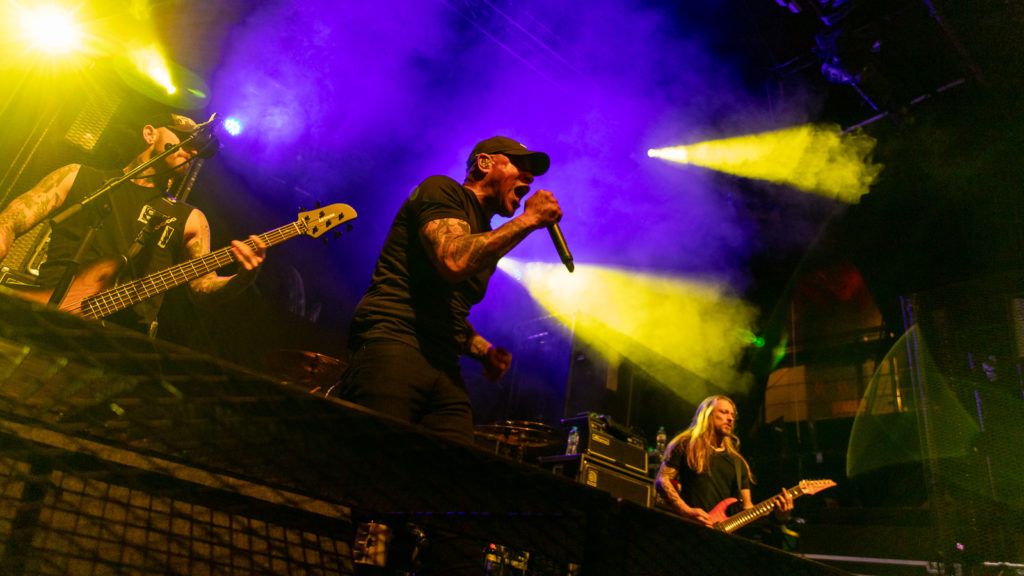 But Jones is a commanding figure who’s been doing this for a very long time. He swiftly grabs the rammed crowd by the scruff of the neck and gives them a thorough shake as he stalks the stage. 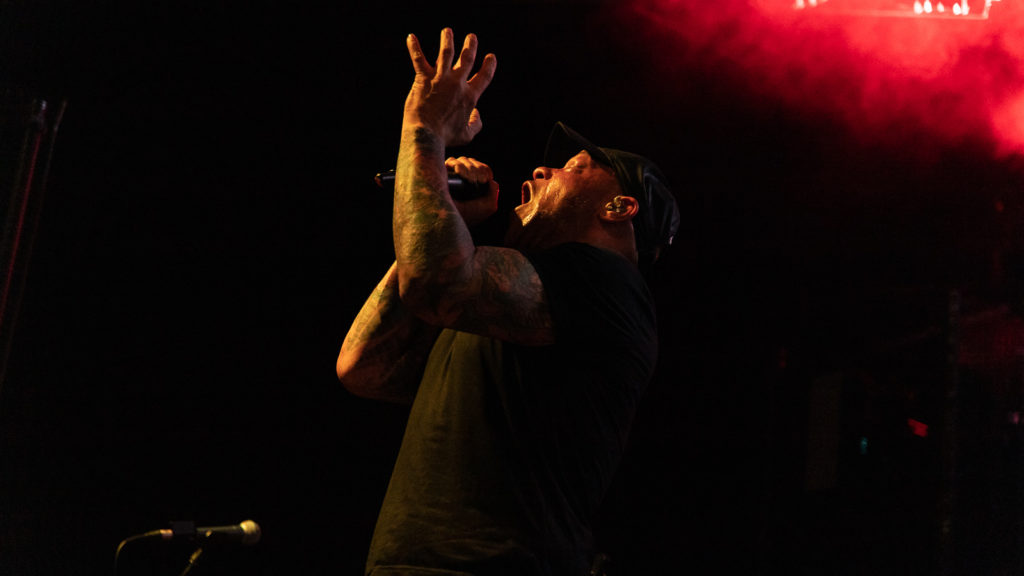 Metalcore is a bit of an acquired taste at the best of times, and it all seems a tad generic if undeniably well drilled until Light the Torch reach the splendid The Safety of Disbelief, which dares to push at those self-imposed genre boundaries with its more mainstream metal sensibility, perhaps pointing towards a fruitful future direction. 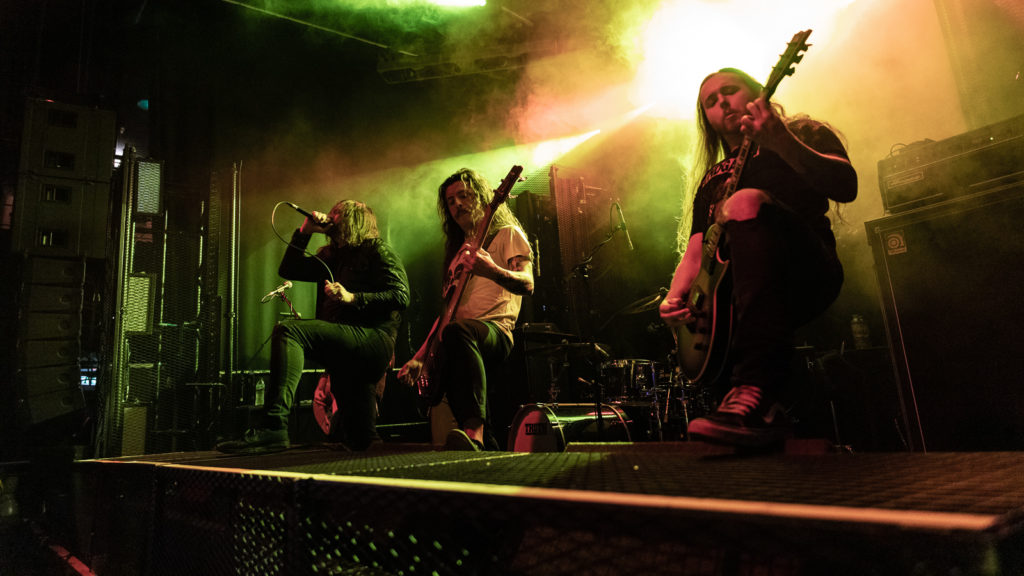 Atlanta veterans Norma Jean are something of an unknown quantity to this reviewer and – I’m guessing – much of tonight’s audience. Two things we do know about them, though: (1) this is one of those acts who’ve been through so many personnel changes that they now have no original members, and (2) they’re – ulp! – a Christian metalcore band. 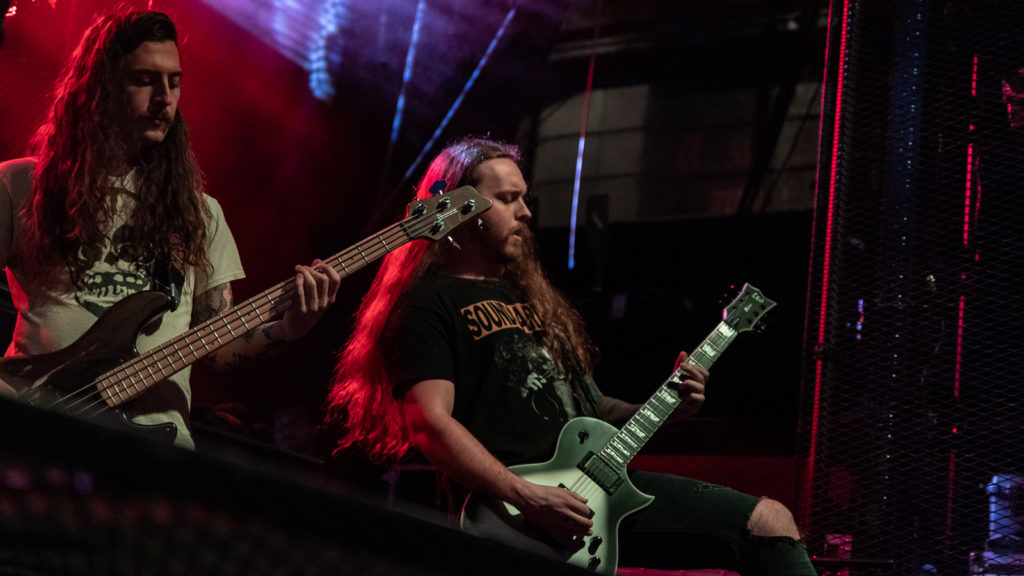 Now while the latter may be rather alarming to those of us who feel more comfortable with the Beelzebubbery in which metal usually trades, it’s only fair to acknowledge that these guys aren’t Stryper-style Bible chuckers. Indeed, there’s nothing in their performance to alert you to their religious beliefs. And they certainly go for it, with much synchronised headbanging. This full-tilt stuff works best on stage, with attention starting to wander during their more brooding recent material. 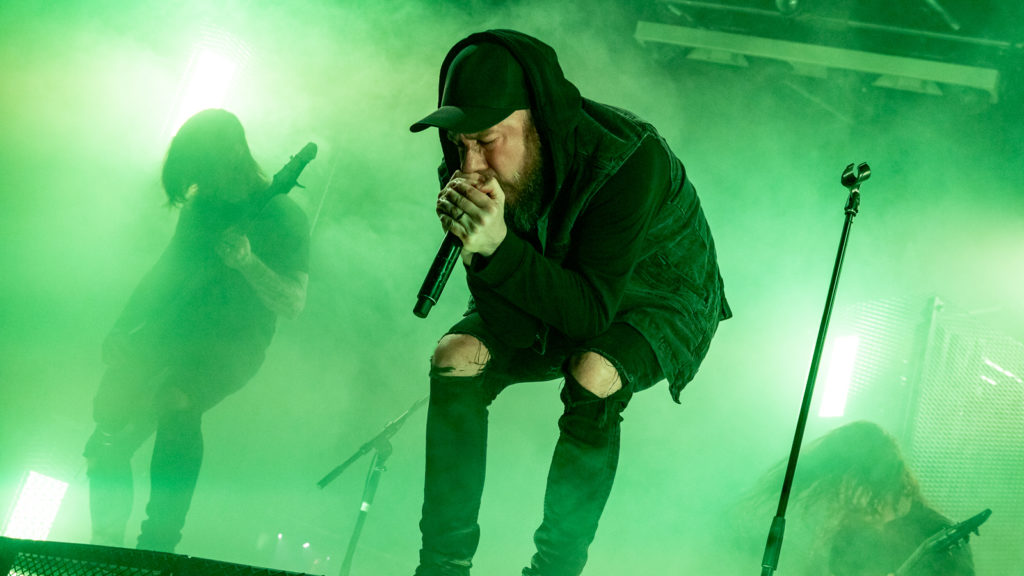 Bristol sure does love its melodic death metal. Gothenburg’s In Flames may have succeeded in riling members of the troll community by having the temerity to broaden their sound, but the sulking purists have stayed at home tonight. That’s just as well, because SWX is absolutely rammed without them. 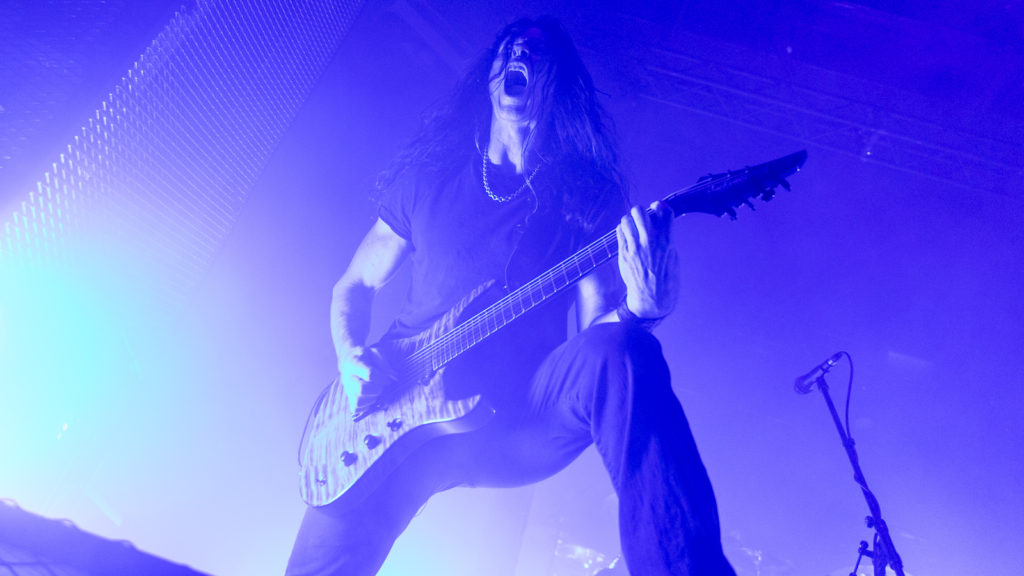 Newest recruit Tanner Wayne’s gargantuan drum kit dominates the stage, but the eagle-eyed are quick to note that there’s another fresh face here: former Megadeth/Nevermore guitarist Chris Broderick, standing in for Niclas Engelin, who’s sitting out the tour with an undisclosed ailment. Any fears that this might leave the band slightly underpowered are swiftly dispelled as they kick off with the sustained ferocity of a selection of their heaviest material, Broderick and fellow guitarist Björn Gelotte working so well in unison that it feels like they’ve been playing together for years. 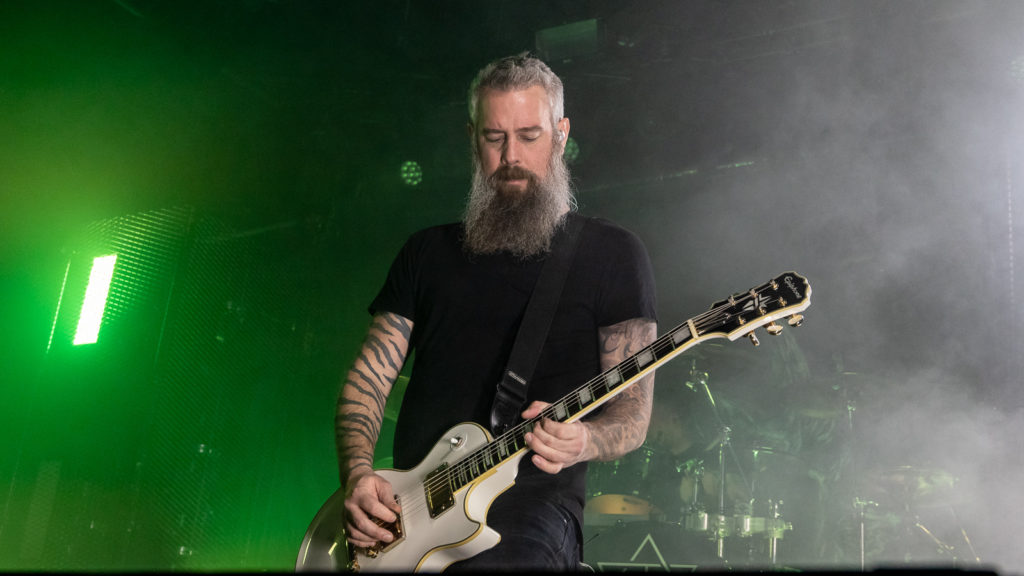 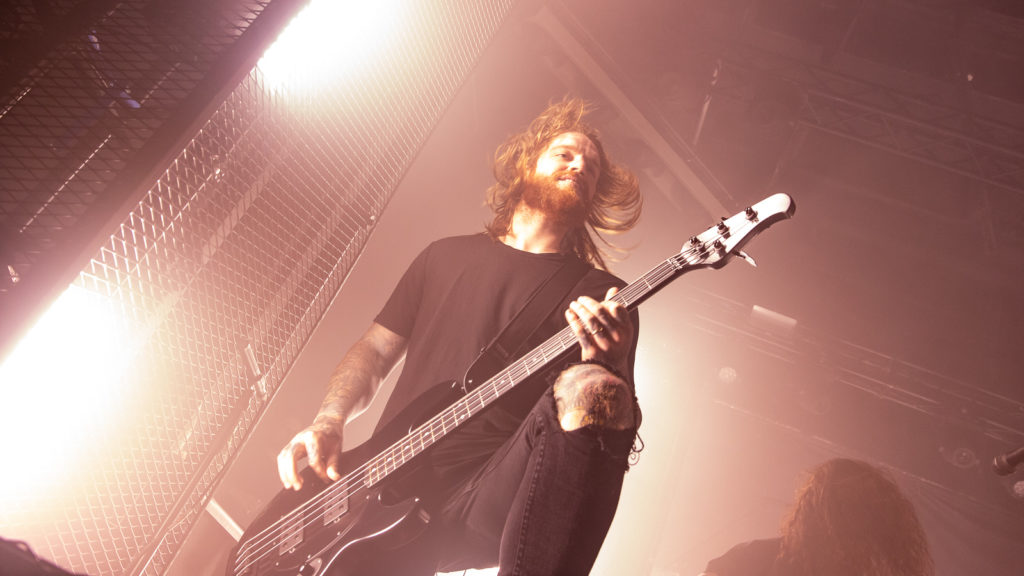 It’s a well-judged, career-spanning set in which the supposedly contentious stuff – such as (This is Our) House, with its chanted vocals – adds texture and variety that can be lacking in some of the band’s more lumpen peers. I Am Above, also from current album I, the Mask, is another crowd-pleasing highlight, earning its place alongside Cloud Connected, whose addictive crunchy riff achieves the near-impossible: getting a death metal audience to dance. 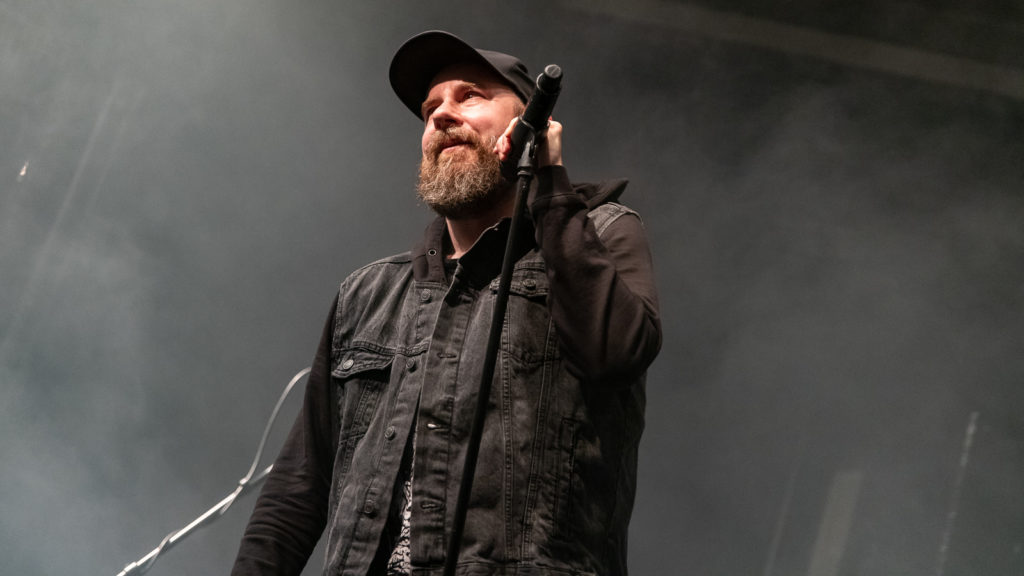 It’s now become traditional for European metal bands to make veiled references to Brexit, but Fridén doesn’t seek to mask his opinions. Introducing Colony, he elicits a huge panto villain “Boo!” at the mention of Theresa May’s name. “I don’t know when we’ll be back, but you’re all welcome to move to Sweden,” he tells us. “We like other people there…”