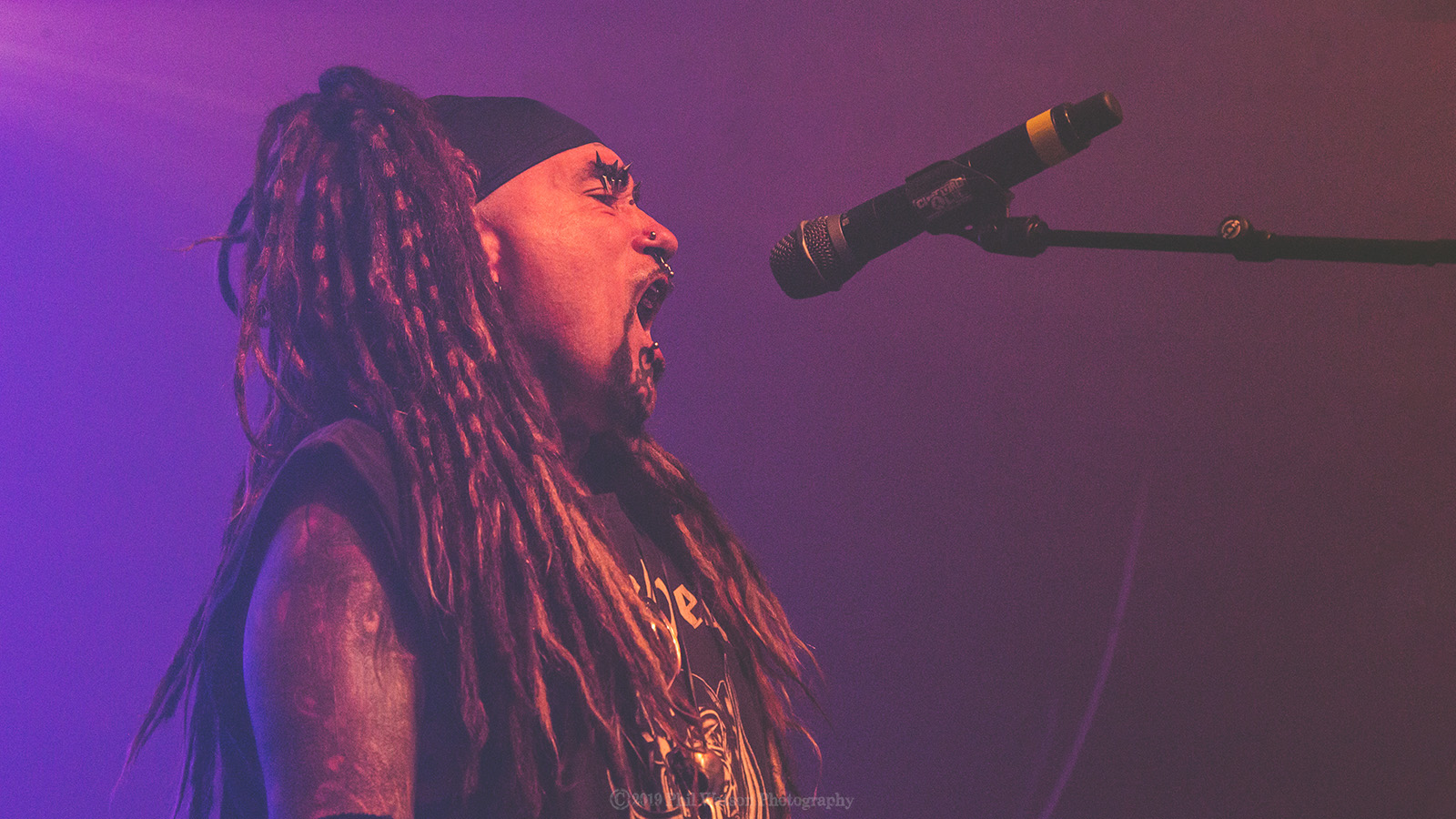 Oh dear. Angry LA political industrial metallers 3TEETH just got even angrier. They’re stuck at Customs, having been denied entry to the UK just a few hours before this show, and have taken to social media blaming Brexit. Whatever the circumstances in this case, it’s certainly true that our increasingly onerous visa restrictions have proven a nightmare for artists and promoters alike across all genres of music. And it’s only going to get worse once the Little Englanders pull up the drawbridge. Hey – rest assured that we didn’t vote for this fucking fiasco, cross American fellas. 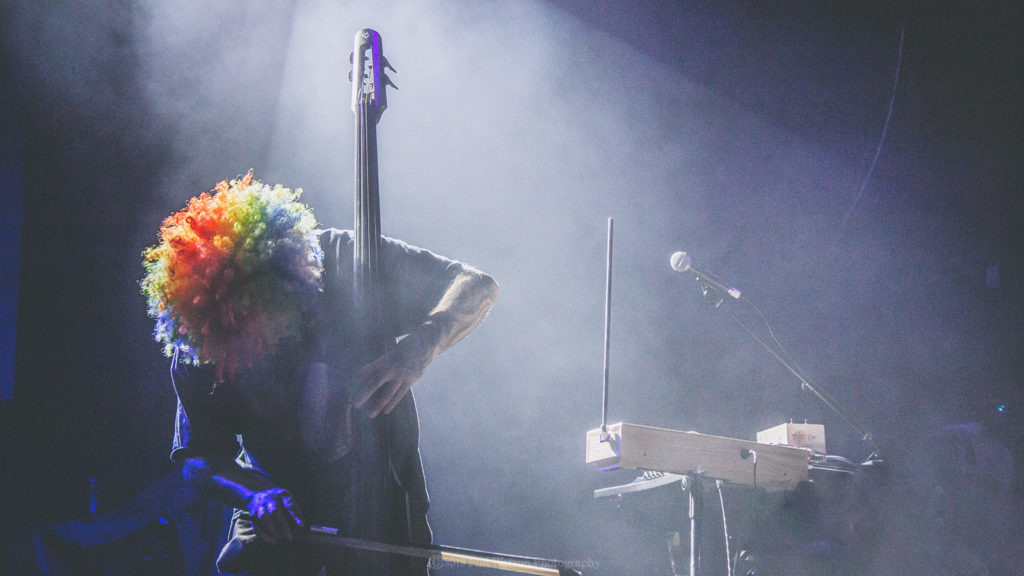 Having thumbed through the Yellow Pages (or new-fangled digital equivalent) under the Emergency Support Band category, the promoter has come up with Fuck Authority. Nobody has the slightest idea who they are, but they sound promising enough in a thrashy anarcho-punk kinda way. So it comes as something of a surprise when a sole bloke who resembles the love child of Buzz Osborne and Sideshow Bob comes on and starts doing the bowed bass/theremin drone thing. We wait patiently for the rest of the band to turn up, but it soon becomes apparent that he proposes to continue in this vein for 45 unbroken minutes. Reader, we lasted for about a third of that before retreating to the bar. 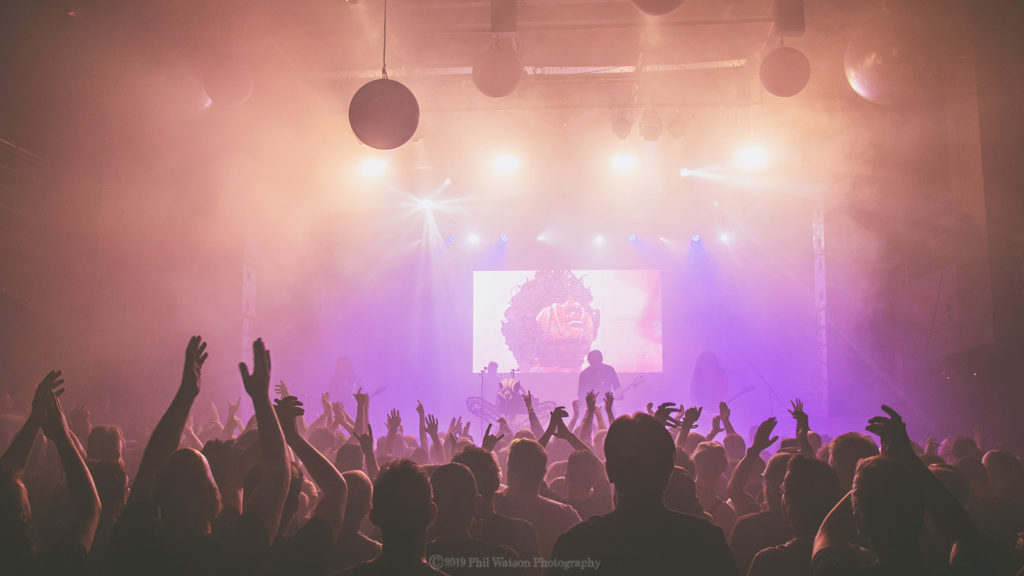 Playing your latest album in its entirety, in sequence, is always a brave move. It’s doubly challenging for industrial metal pioneers Ministry. Al Jourgensen’s downbeat state of the nation address, AmeriKKKant, has divided critics and riled the differently informed, who queue up to vent their incoherent rage online in the great single-figure IQ swamps of below-the-line comments. 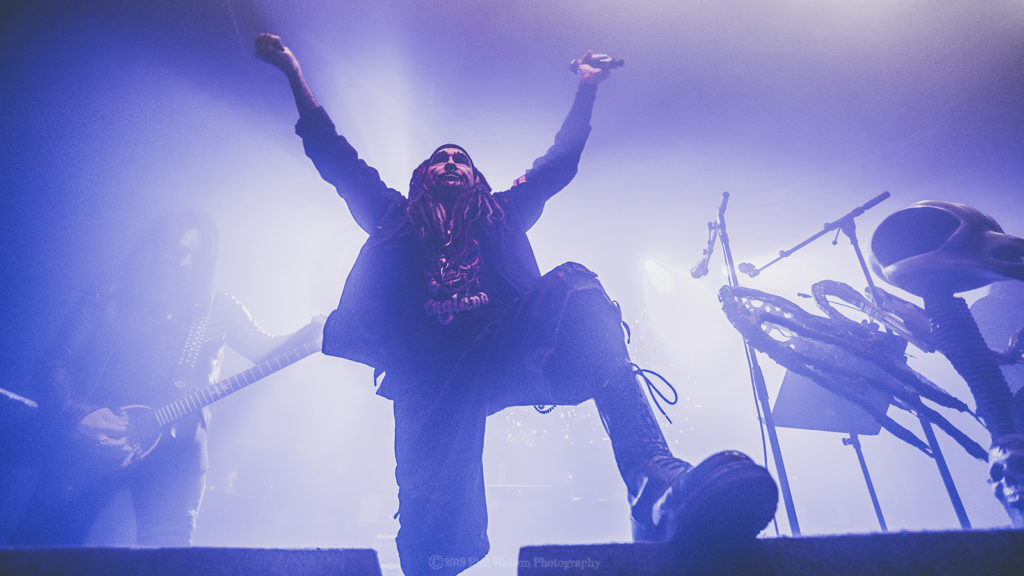 Using album opener I Know Words as their intro tape, Ministry launch in to Twilight Zone, the screen behind them delivering a continuous barrage of agit-prop images, many drawn from promo videos, beginning with that Max Headroom Donald Trump promising to “Make America grrrrrrrreaaaaat agaaaaaain”. It’s a pleasingly earsplitting and relentless sonic and visual assault that works best when they really rock out, as on Antifa (cue: images of gun nuts, right-wing ideologues, the KKK and, inevitably, Nazis). Subtle this ain’t, but it’s mostly effective. Alas, Al’s everything-but-the-kitchen-sink approach, filling every available space with samples, leaves some songs, such as Wargasm, feeling sluggish, eliciting a listless audience response. 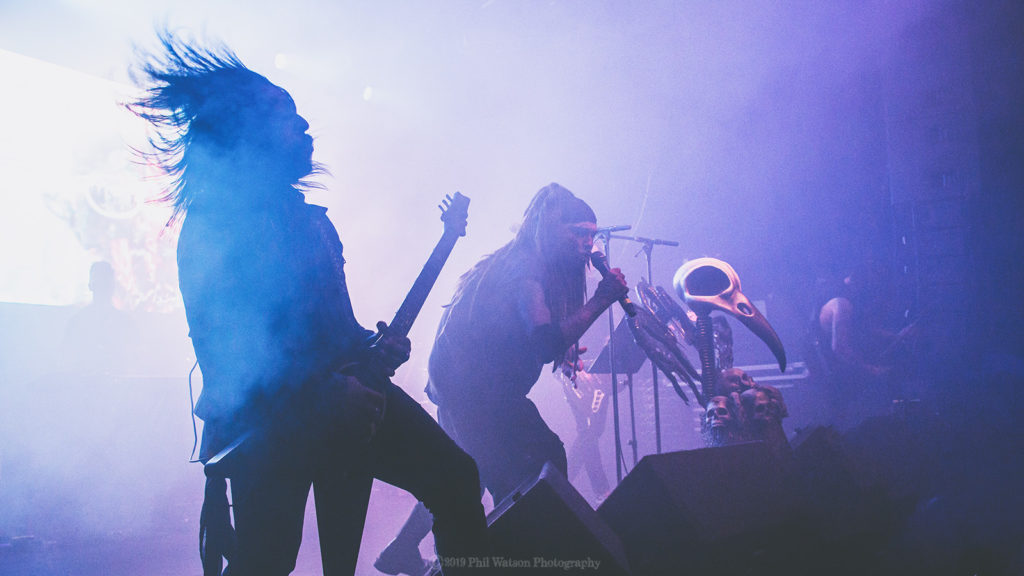 Following a brief break to take refreshment, the reinvigorated band return. Al thanks us for listening patiently and promises a reward of “doggy treats” in the form of a full second set of old shit. Holy crap! – this is more like it. The mosh pit erupts to the stripped-backed pleasures of the likes of Stigmata and that crazy hillbilly/industrial metal mash-up Jesus Built My Hotrod (played for the first time in Bristol, apparently). 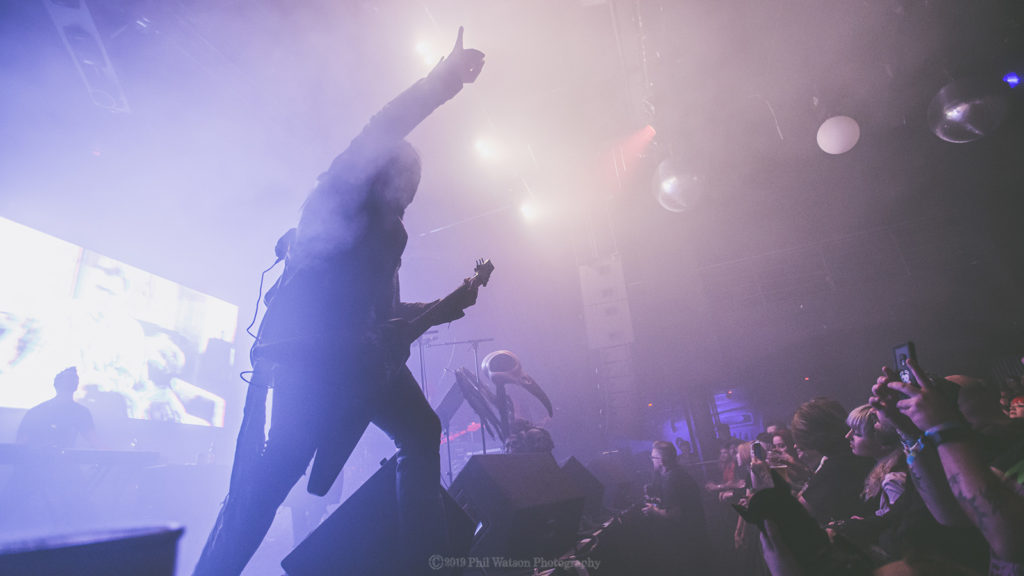 “So Bristol likes the rowdy ones?” smirks Al. He’ll be enquiring about the religious affiliation of the Pope and defecation preferences of members of the ursine community next. The current three-guitar iteration of Ministry prove more than equal to delivering this crunchier material, which inevitably includes the irresistible riff juggernaut of Just One Fix and Grammy-nominated N.W.O. – an anti-Republican song that’s now so old it almost makes you feel nostalgic for the relative sanity of the George W. Bush years – from 1992’s breakthrough album Psalm 69. 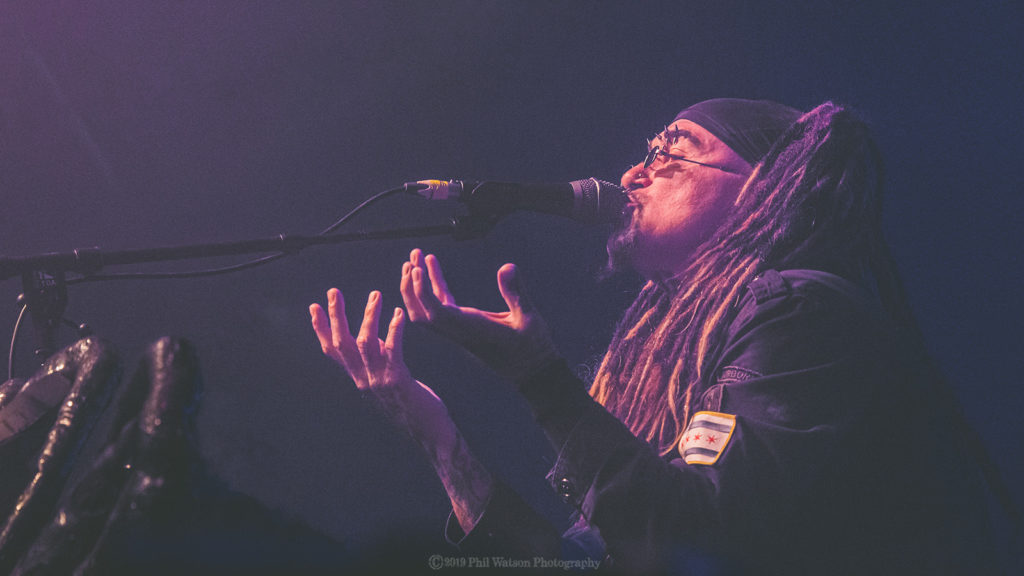 They conclude by throwing us a curveball in the form of hypnotic anti-religious anthem No Devotion from the Revolting Cocks’ 1985 debut Big Sexy Land, a song that Al tells us was one of the first he ever wrote and which remains just as relevant today. Now sounding like a trippy sidestep into psychedelic rock, with Al repeatedly declaiming “The voice of god means nothing, anymore”, it functions as a relatively mellow comedown after the preceding onslaught.