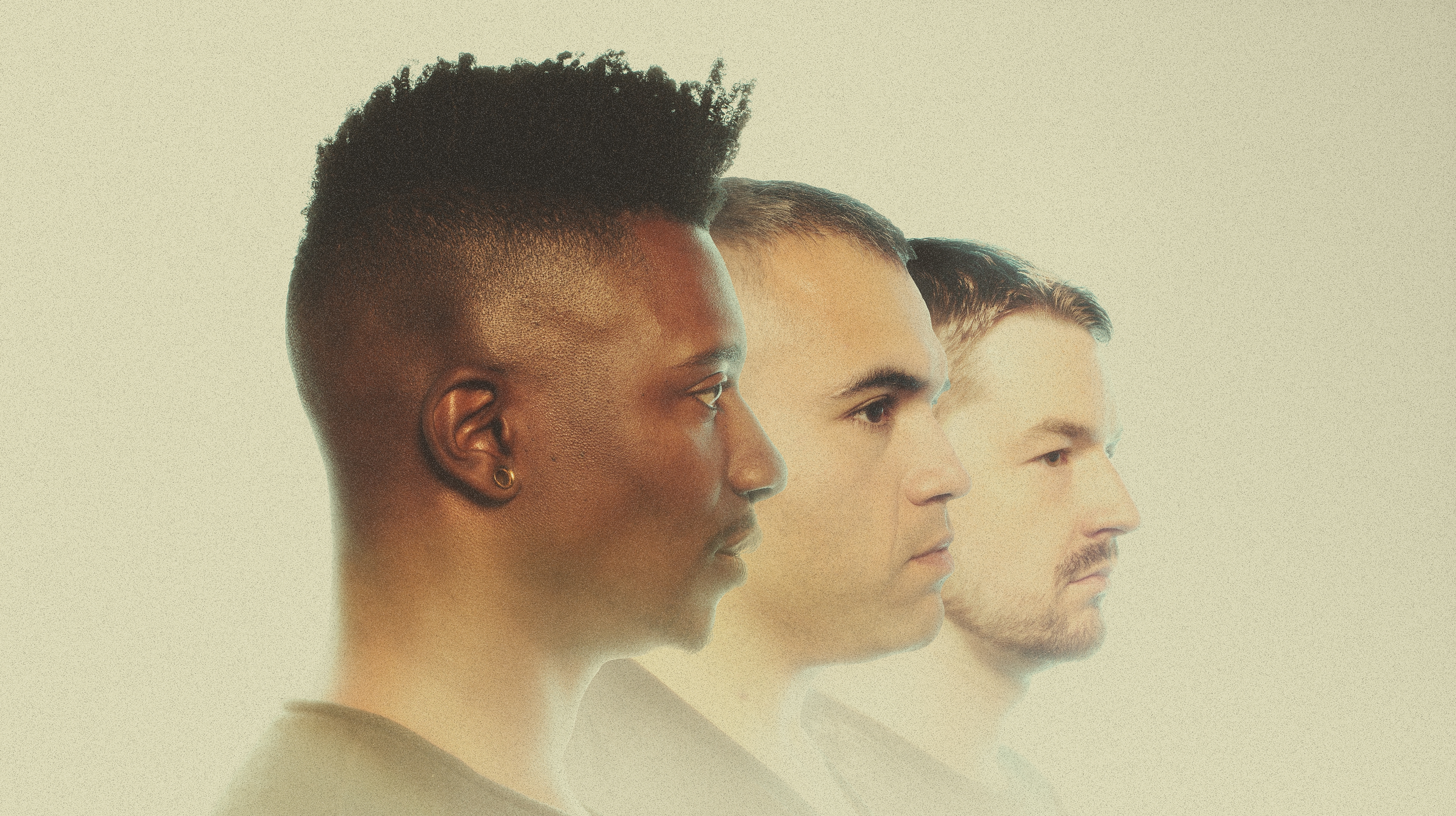 It’s like a sad old punk rocker’s nightmare this month, with hordes of tech-metal bands who can really play their instruments, from Animals as Leaders at SWX to the annual ArcTanGent festival. Elsewhere, we have the welcome return of Skunk Anansie and the very wonderful Rosalie Cunningham bringing her distinctive brand of psych/prog to the Fleece. Oh, and if you fancy a night at the pictures, there’s jolly Satanism and an evening of fan indulgence with the mighty Rush. Something, as the saying goes, for everyone (who likes to rock).

Looking further ahead in the coming soons, it’s lovely to have Boris (not that one) back at the Fleece and “It’s Kerrrrristmas!” as what remains of Slade play their first Bristol gig in, uh, eleven years (Bristol Hippodrome, Dec 12 2008) at the O2 Academy on December 15.

Yep, she of the proggy psychedelic band Purson, who never achieved the success they richly deserved and eventually split in 2016. After that, Rosalie embarked on a crowd-funded solo project but was promptly fucked over in the great Pledge Music fiasco. The good news is that her eponymous debut album has been picked up by Cherry Red for a rather belated release. She continues very much where she left off, concluding the album with a 14-minute psychedelic prog epic. Be sure to take some extra loot along to support this great British talent by buying a copy. Support comes from Goldray, whom we last saw with the Von Hertzen Brothers at this very venue, so they’ll collectively require an additional bus to bring the dressing-up box.

What it says on the tin. The ear-bleeding jollity commences at 5:30pm and continues until well after midnight. The headlinders are Torpor, who might just have hit upon the perfect doom band name. Among the other 527 (estimate) acts are Cegvera, Black Asteroids, Sail, Prisa Mata, etc.

Just when you thought you’d heard everything it’s possible to play on the guitar, along comes someone who makes you exclaim: “Holy crap! How’s he doing that?” Such a musician is Oluwatosin Ayoyinka Olumide ‘Tosin’ Abasi, founder of Washington instrumental prog-metal trio Animals as Leaders. It helps, of course, that he plays an eight-string (two widdlier!) guitar. Previously seen in Bristol supporting the mighty Meshuggah at the Academy back in 2012 and with TesseracT aboard the Thekla two years later, they have rather magnificently transcended Abasi’s origins in technical metalcore with a remarkable repertoire that veers occasionally into jazz-fusion territory, like a metallised version of Allan Holdsworth-era Soft Machine. Abasi himself has also been moonlighting with Steve Vai’s Generation Axe project, which also features Yngwie Malmsteen, Nuno Bettencourt and Zakk Wylde. Now that’s some serious guitar firepower. Tonight, Animals as Leaders headline a big-value four-band bill that includes Canuck prog-metallers Intervals and two bands from Long Island: intense mathcore mob Car Bomb and progressive death metallers Cryptodira.

Busy Bristolian bassist Becky Baldwin (how’s that for alliteration?) is one-fifth of this all-female, self-styled “transatlantic hard rock sensation” whose members hail from as far afield as Belgium and Kazakhstan. Their crowd-funded, classic rock-influenced debut album, Gemini, is out now. This show sees them back at the Exchange a little more than a year after their first gig here, as they embark on another jaunt through Europe.

The danger with these festivals devoted to just one type of music is that is can all get a bit samey. On the other hand, this year’s ArcTanGent line-up is diverse enough to keep the spectre of math rock fatigue at bay. The big name for 2019 is Saturday’s headliners Meshuggah, whose sonic and visual assault is never less than breathtaking. Coheed and Cambria’s blend of classic prog-metal with emo choruses featuring Geddy Lee-style vocals is also hugely impressive, and if you’re peculiar enough not to like ’em you can always admire Claudio Sanchez’s amazing hair. Other must-sees on the bill include Zeal and Ardour, Pigs Pigs Pigs Pigs Pigs Pigs Pigs, Nordic Giants and the fabulously named Mammoth Weed Wizard Bastard.

Twenty-five years. No, really. Skunk Anansie are celebrating a quarter of a century in the business of show. How time flies, huh? Impressively, they can still easily sell out Academy-sized venues with minimal publicity while their Britpop peers have either split or struggle to find an audience now that the fashion caravan has moved on to the next dreary fad. This is due in part to the fact that as a band with some serious rock/metal chops fronted by an angry, bald, black, bisexual woman, Skunk Anansie were never part of any scene. Oh, and Skin, Cass, Ace and Mark always put on an incendiary live show. Don’t expect much in the way of new material tonight, as they haven’t released a studio album since 2016. But as Skin told Classic Rock recently, those early songs like Intellectualise My Blackness, Yes It’s Fucking Political and Little Baby Swastikka are even more relevant in an age of populism, while bickering wokesters prefer to contemplate their navels: “We’re sitting there arguing about which pronouns to use, while the right wing are organising themselves getting ready to fucking slaughter us.” Well, quite. Scary fact: Skin has just turned 52.

Like The Picturebooks, they’re from Germany. Like The Picturebooks, there are just two of the buggers. And like The Picturebooks, they play guitar and drums/percussion. But that’s where the similarities end. Because while The Picturebooks rock unashamedly, TAU trade in self-styled “transcendental psychedelia”. That places them on the margins of this section’s remit, but this show is promoted by Bristol’s very own Wizzarding Promotions. They can generally be relied upon to mine the rock underground for gems, making it well worth a punt. Support comes from Rotten Bliss and Bristol-based experimentalist Ellen Southern of Dead Space Chamber Music.

Clearly taking their cue from the Grateful Dead, who are now up to their ninth annual cinema outing, ace Canuck prog-metal trio Rush unleash more than two hours of self-styled “fan indulgence” in this inaugural annual event. On the menu is a selection of highlights from the R40 tour (Closer to the Heart, Subdivisions, Tom Sawyer, etc), plus a soundcheck performance of Jacob’s Ladder, interviews with muso chums and acolytes (Tom Morello, Billy Corgan, Taylor Hawkins), plus all kinds of other tasty prog-metally stuff.

Still at the pictures, if you’re reading this section the chances are you’re already in tune with Beelzebubbery. So permit us to recommend Penny Lane’s latest documentary, which promises to be a real treat for anyone who prefers reason to primitive superstition and diversity to bigotry. It centres on the hilarious antics of the artist/activists of the prankstering, media-savvy US Satanic Temple, who make full use of their First Amendment right to religious freedom to score points for social and political justice. Lane follows as they hold a rib-ticklingly vulgar ‘Pink Mass’ to protest against the homophobes of the Westboro Baptist Church, open their international HQ in – where else? – Salem, and become embroiled in further controversy when a monument to the Ten Commandants is erected on public ground in Oklahoma. Since that First Amendment prohibits such blatant promotion of Christianity, the Temple demands that a statue of everybody’s favourite androgynous goat-headed deity Baphomet be put up alongside it…