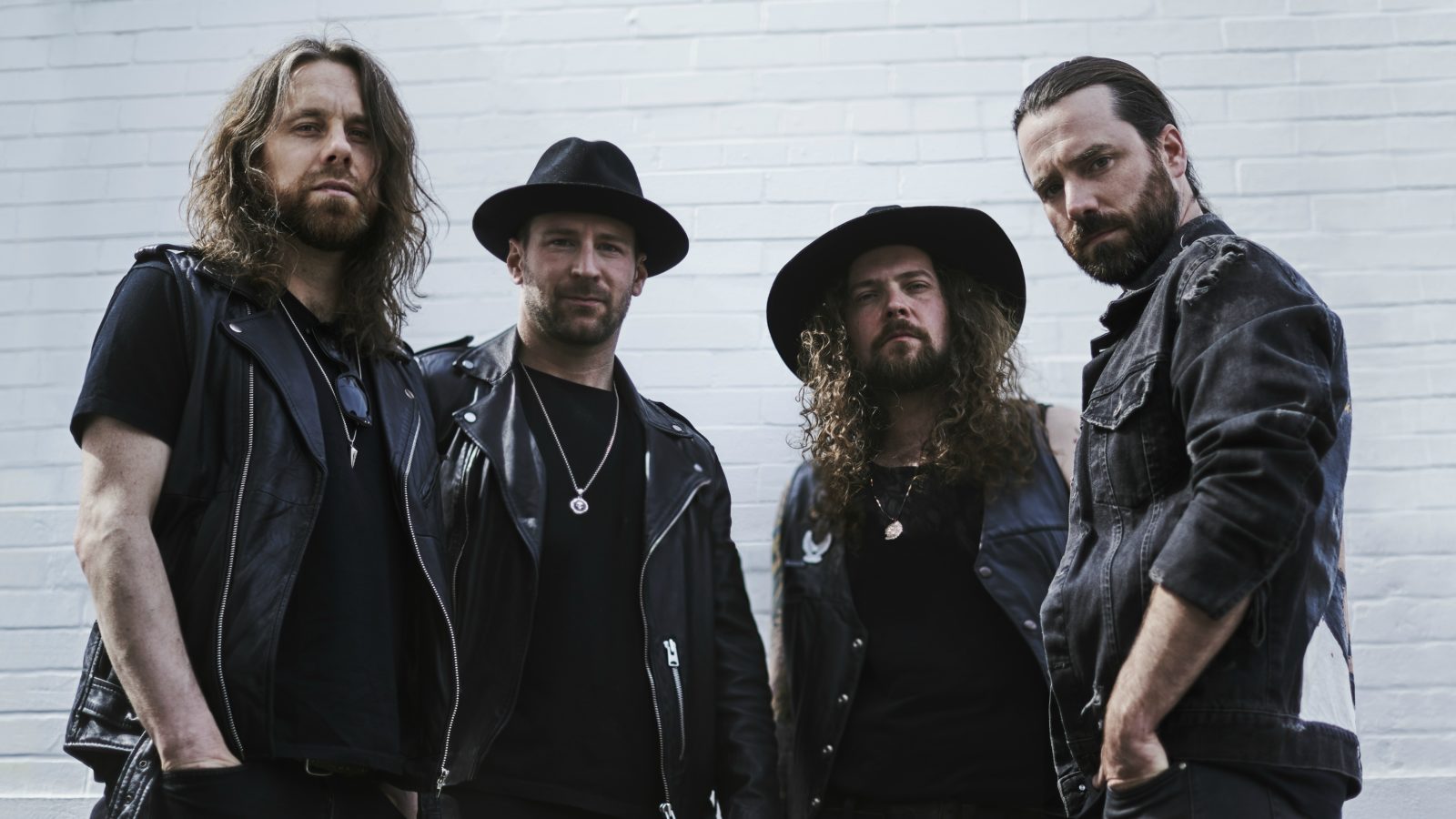 There’s another bumper month in store for those who enjoy very loud music (and an unusually quiet Devin Townsend). Heavy Devy’s show has, of course, sold out, as has the Black Dahlia Murder at the Fleece. But there were still tickets available for everything else last time we checked.

Now that it’s been scientifically proven that death metal inspires joy and peace, we can all improve our mental health with the welcome return of Michigan’s Black Dahlia Murder, who take their name from the grisly unsolved 1947 slaying of Elizabeth Short. Last seen at the Fleece whipping up a riotous circle pit frenzy on the Abysmal tour (no, really) back in January 2016, they honed their precision melodic death metal still further on 2017’s Nightbringers album. This show kicks off the band’s 2019 European tour.

Who’d have predicted that hard-working Lancaster classic rockers Massive Wagons would get to be so popular in such a short time? We last saw them playing third on the bill to Ginger Wildheart at a packed and sweaty Exchange back in July 2016. Since then, they’ve put out their fourth album, Full Nelson – the band’s first for Earache, who’ve steered the likes of Blackberry Smoke and The Temperance Movement to chart success. Nonetheless, no one predicted that Full Nelson would rocket into the UK top 20. It’s certainly their best record to date, full of defiantly old-school hard rock stompers. And if you miss them tonight, they’re already booked on to the Wildhearts tour in May, the Lynyrd Skynyrd arena tour with Status Quo in June, and the Steelhouse Festival in July.

Gothenburg’s melodic death metal scene sure is the gift that keeps on giving. Already this year, we’ve had a headline show by Avatar and seen veterans At the Gates supporting Behemoth. Founded way back in 1990, In Flames rank among the melodeath pioneers who set out to combine Maiden-esque guitar harmonies with the brutality of death metal. Even if you’re not overly familiar with their material, you’ll know the insistently catchy Cloud Connected if you’ve got an ounce of metal in your soul. They’re touring 13th album I, the Mask, which is out now on Nuclear Blast.

Specialising in hard-edged sludge/doom epics, Canterbury’s ((OHHMS)) are regular visitors to Bristol. It’s safe to say this is the first time they’ve played the Old E, mind. Their latest album, Exist, is an animal rights concept piece with – woah! – a 22 minute opening track.

Ain’t it grand to see the mighty Truck doing so well? We first witnessed Ontario’s thoroughly unpretentious, Sea Shepherd-supporting classic rockers on the Lords of the Riff tour at the Exchange back in 2014. Then they returned three years later with their second album, Sittin’ Heavy, to headline a packed Marble Factory. Album number three, True Rockers (out now on the Mascot label), sees them step up once again to play the Academy. The secret of their success, which has been achieved the traditional way through constant touring and word of mouth? Great songs, steeped unapologetically in classic rock history, performed with vigour and conviction. That’s really all you need, kids. Support tonight comes from fellow Canuck rockers Royal Tusk.

Pop quiz! Which international touring artist has performed at more Bristol venues than any other? Robert Plant (Colston Hall, Granary, Fiddlers, Anson Rooms, etc) has a strong claim. But Heavy Devy has played the Fleece, Bierkeller, Colston Hall, Trinity, O2 Academy and now St. George’s. Can anyone beat that? This show, which inevitably sold out as soon as tickets went on sale last year, comprises an acoustic performance of songs from across his career – rather like that gig at the Trinity back in 2015 – followed by an audience Q&A. It’s the only time we’ll get to see him this year, as his December Empath tour comes no closer than Cardiff. Go here for our earlier interview with the great man.

The Picturebooks, Exchange, May 9