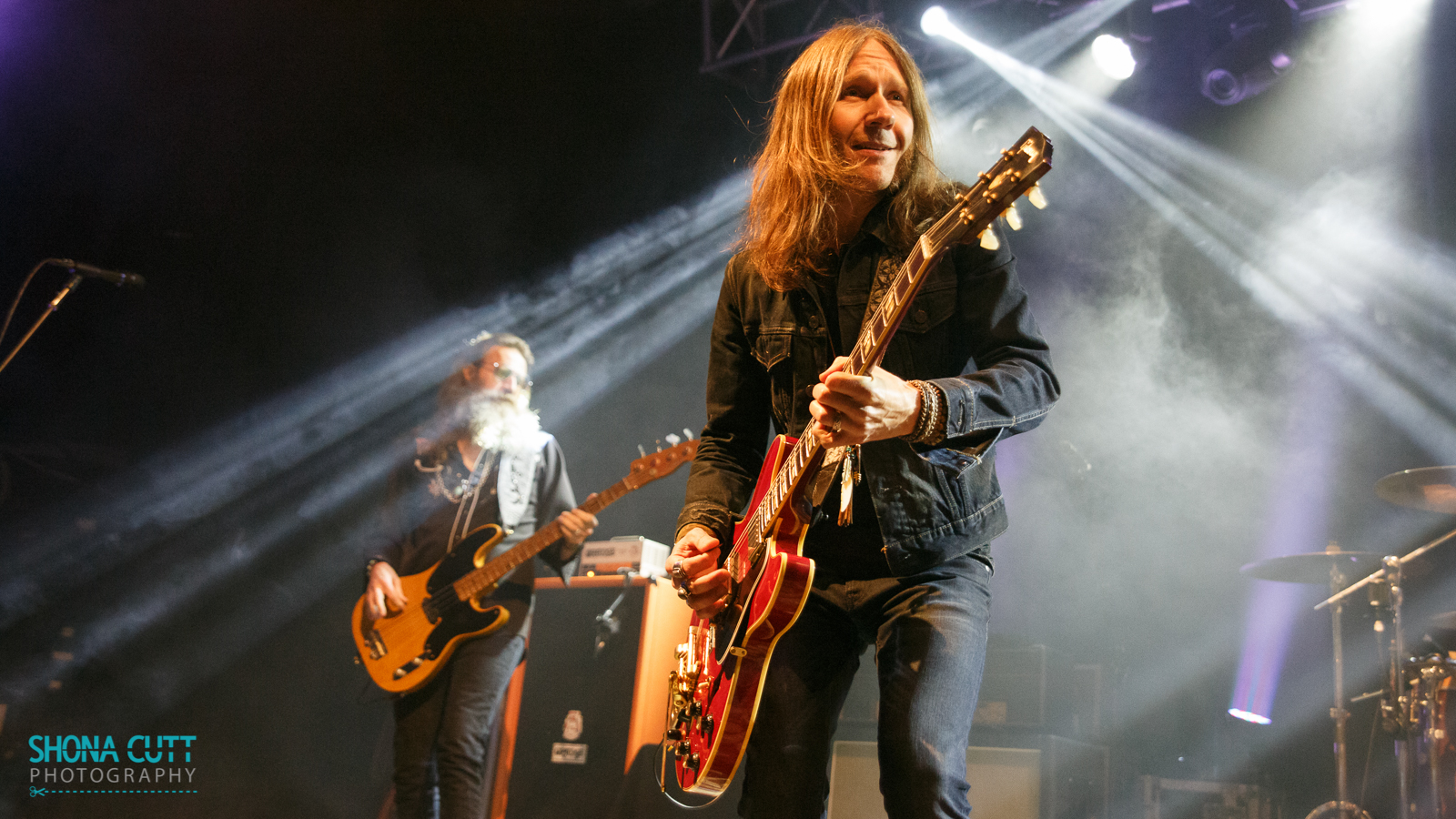 The Quaker City Night Hawks are a strange fish indeed. A hard-edged country rock band from Fort Worth, they plough an idiosyncratic furrow that avoids the slick formulaic pop of modern country music to join fellow Texans ZZ Top aboard their Afterburner spacecraft. That’s not to say the Night Hawks have a great deal in common with the Top trio’s synth period; merely that their sci-fi-driven lyrics explore vistas beyond those dusty plains inhabited by lonesome cowboys from central casting. 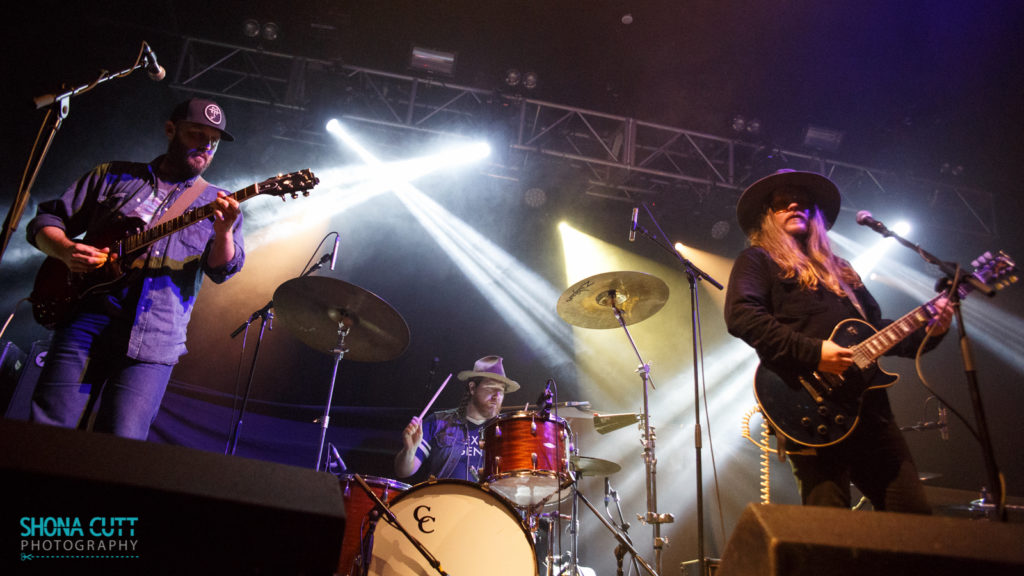 Co-frontmen/guitarists Sam Anderson and David Matsler have contrasting styles which mesh well together, the former handling the higher registers and assisting with translation for those of us who no hablo español. There’s a bit of agreeable Creedence chug to some of their material, while unrecorded new song Colorado goes heavy on the rich harmony vocals. 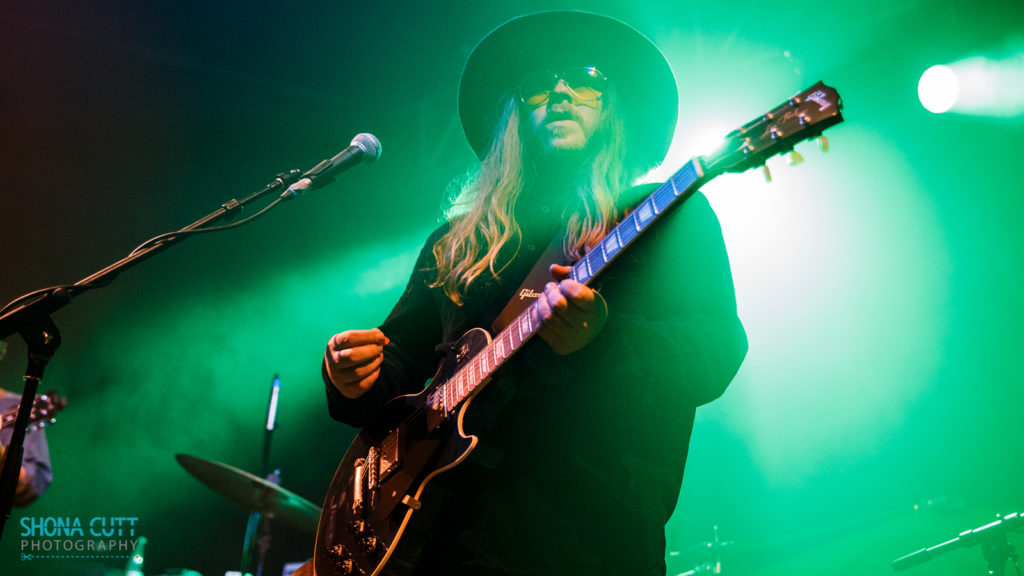 They conclude their brief 30 minute opening slot with two of their more hard-rockin’ tracks that have most in common with the headliners: Mockingbird from current album El Astronauta and Fox in the Hen House, which benefits from a splendid guitar solo by Matsler. 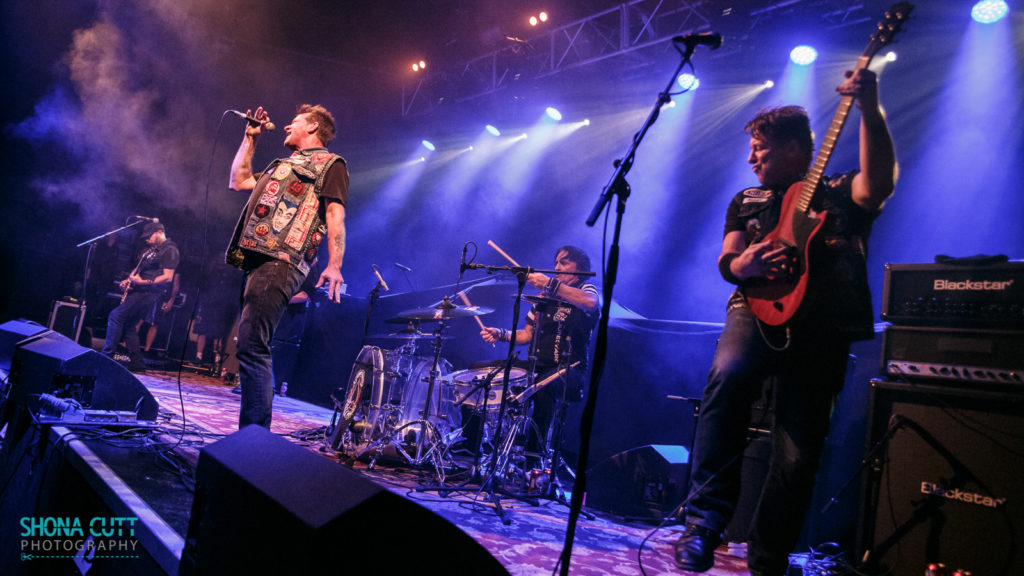 Junkyard? Really? In 2018? For the uninitiated, this was a bunch of bratty, snotty, punky, sleazy Hollywood pretty boys who signed to Geffen in the Guns N’ Roses gold rush, only to find themselves unceremoniously dropped during the subsequent great grunge clear-out after the release of their second album Sixes, Sevens and Nines, which flopped despite contributions from Steve Earle back in his hard-rockin’ period. Who’d have thought they’d pop up once again nearly 30 years on as a bunch of bratty, snotty, punky, sleazy, gnarly Hollywood middle-aged men? 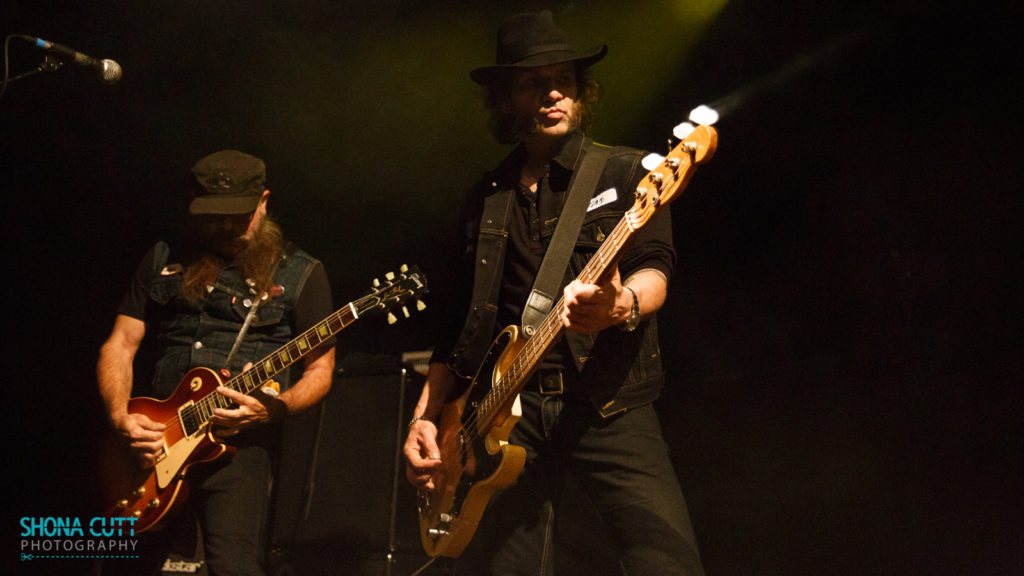 Actually, their more, ahem, lived-in appearance suits this material better, as they now look as though they’ve actually experienced it rather than simply adopting it as a pose, like so many of their contemporaries. 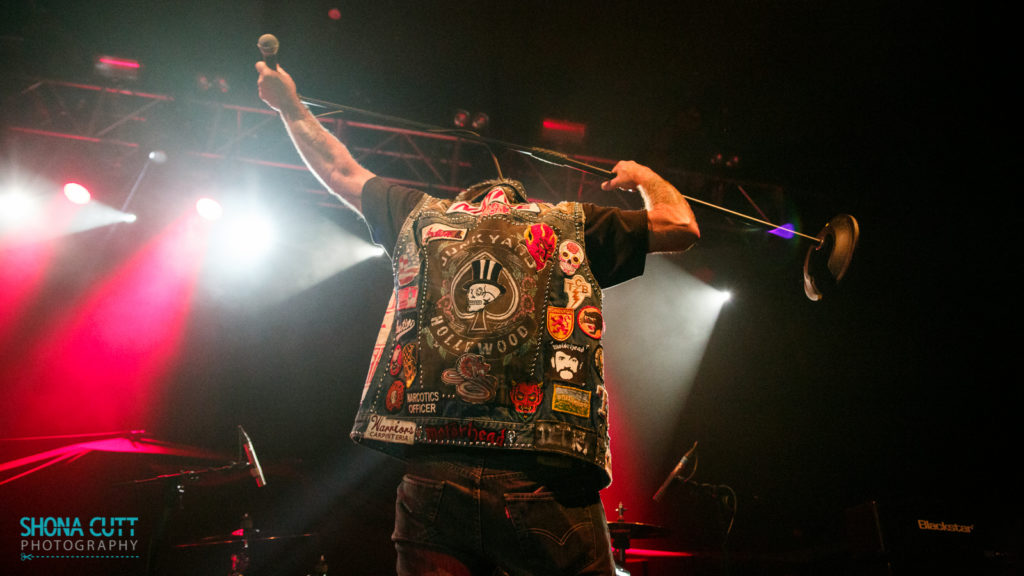 Clad in the band uniform of an old-school patched denim waistcoat, frontman David Roach does a very good impression of someone who has already partaken of refreshment. And while his Taime Down-esque screech remains a tad one-dimensional, he proves adept at whipping up the packed crowd. 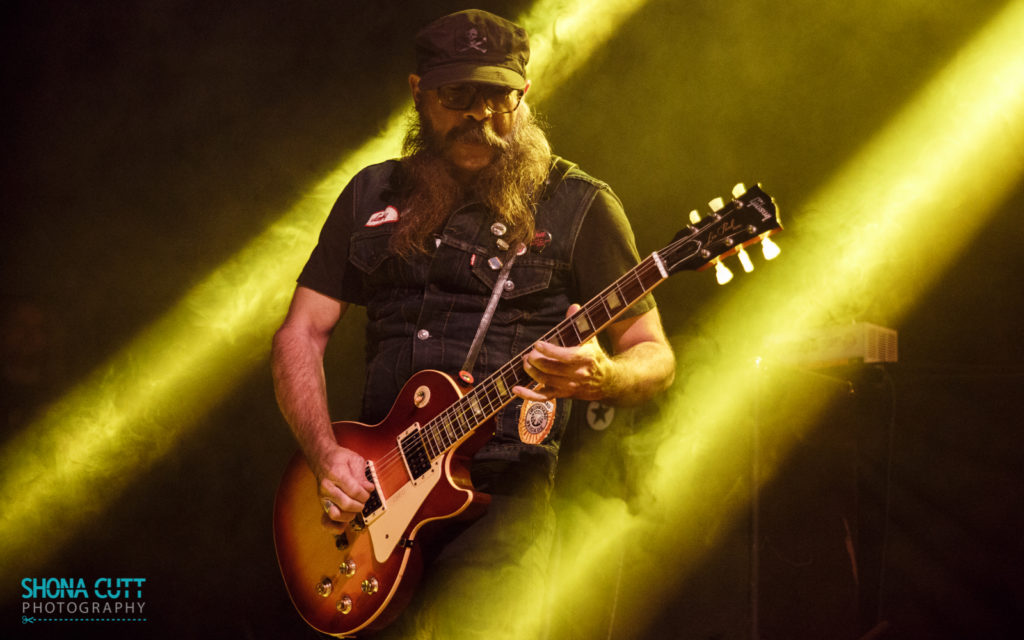 It’s also surprising how many of those late ’80s rock club dancefloor fillers come flooding back to those of us who haven’t listened to them for years – notably Simple Man (not the Skynyrd song), whose southern rock feel is right at home tonight – evidencing a songwriting sturdiness that many of their more forgettable peers lacked. 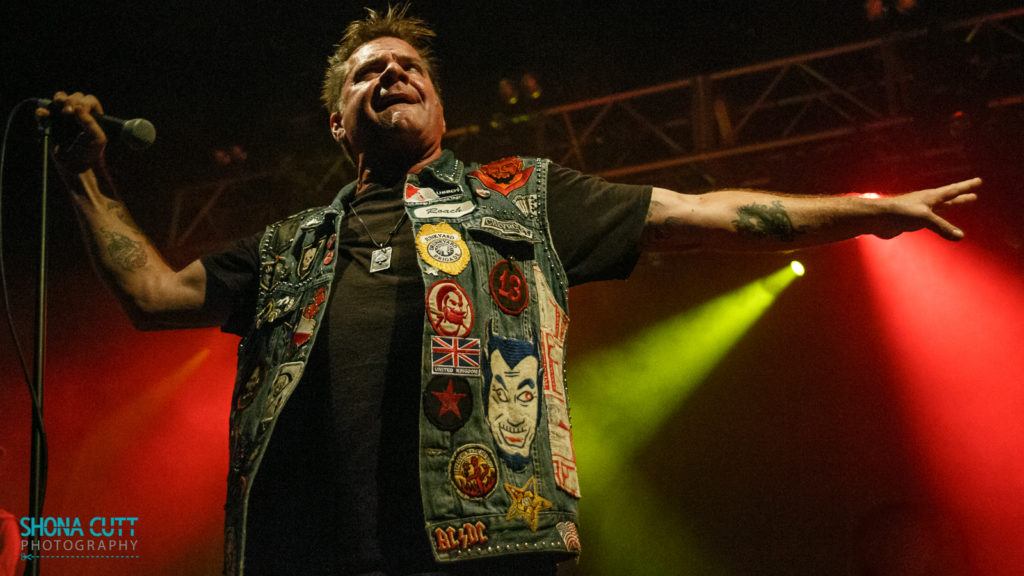 Quireboys guitarist Guy Griffin, whom we’d spotted lurking in the audience earlier, joins them for their best song – Roach’s, ahem, explicit account of infidelity Hands Off – and ye olde anthem, Hollywood. It’s good, if somewhat surprising, to have them back. 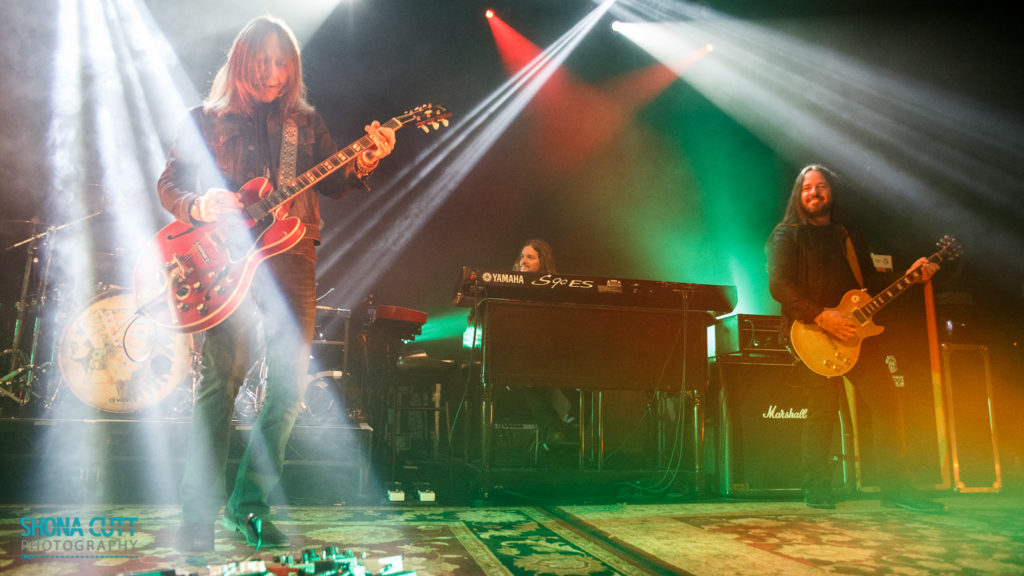 It’s a commonplace assertion that there’s no sign of great new rock acts ready to take over when the current crop of festival headliners head off to the great backstage party in the sky. One of the reasons for this is that it’s so hard for these bands to reach their massive potential audience. So while punters flock to the Queen biopic Bohemian Rhapsody in droves, they’re completely unaware of younger acts they might also enjoy because the mainstream media won’t cover them and rock radio plays safe with the same old playlists. Southern rockers Blackberry Smoke ain’t no spring chickens, but they’ve somehow managed to beat the odds stacked against them by finding a large, diverse and appreciative audience in the UK. 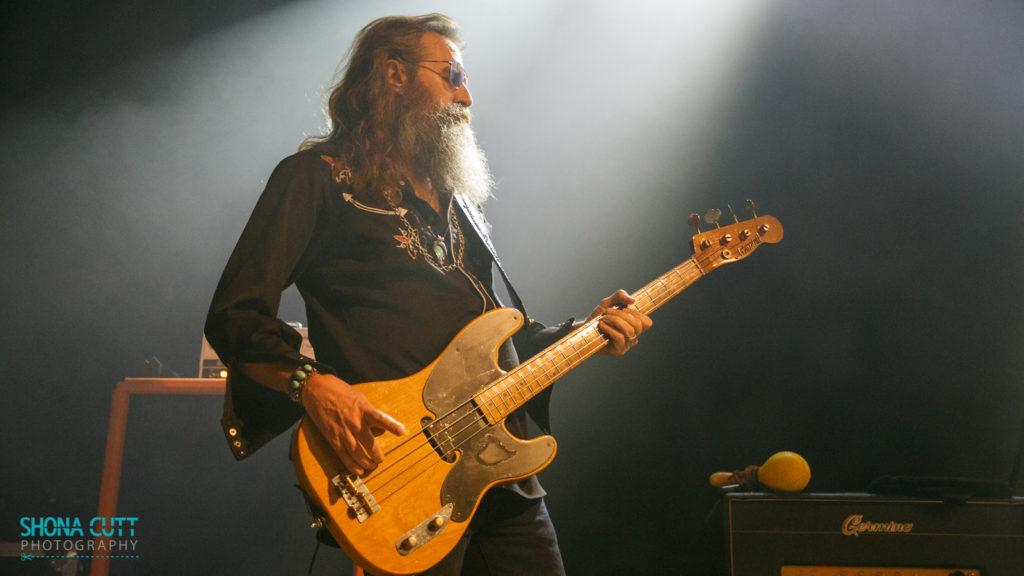 This was the quintet’s second sold-out Academy show. They’ve got a bigger repertoire now, Charlie Starr cuts a rug with even groovier dance moves, and bassist Richard Turner has found time to sprout some impressive whiskers, as though engaged in a mountain man contest with his drummer brother Brit. But the core values remain the same: great songs, steeped in southern rock history without ever sounding like cheap facsimiles, performed superbly. 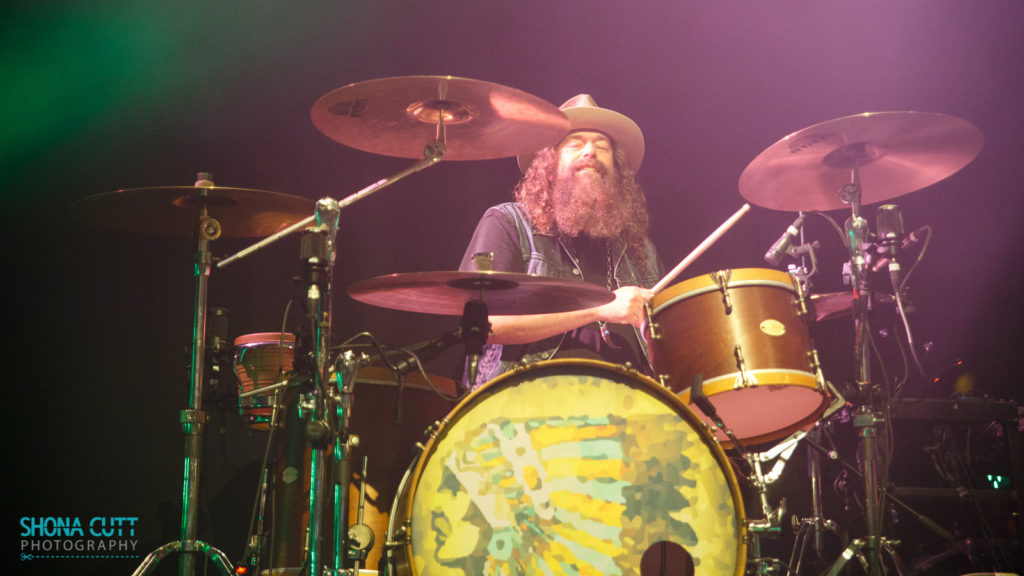 Shaking the setlist up every night obviously helps to keep things fresh, even if it means we occasionally miss out on songs other audiences have enjoyed (no Pretty Little Lie tonight and still no The Whipporwill performed on stage in Bristol, boo hoo), but the guiding principle of this run of shows seems to be to draw material equally from each of the band’s albums. It helps that, unlike many of their musical forebears, Blackberry Smoke are not a band defined by one particular song or hit. So early favourite Friday night feelgood anthem Good One Comin’ On can be dispatched during the opening minutes without raising eyebrows. They’re also masters of the swift mood change with their heaviest and angriest song, Waiting for the Thunder, featuring a strirring Brandon Still organ solo, sitting comfortably in close proximity to the joyous Rock and Roll Again. 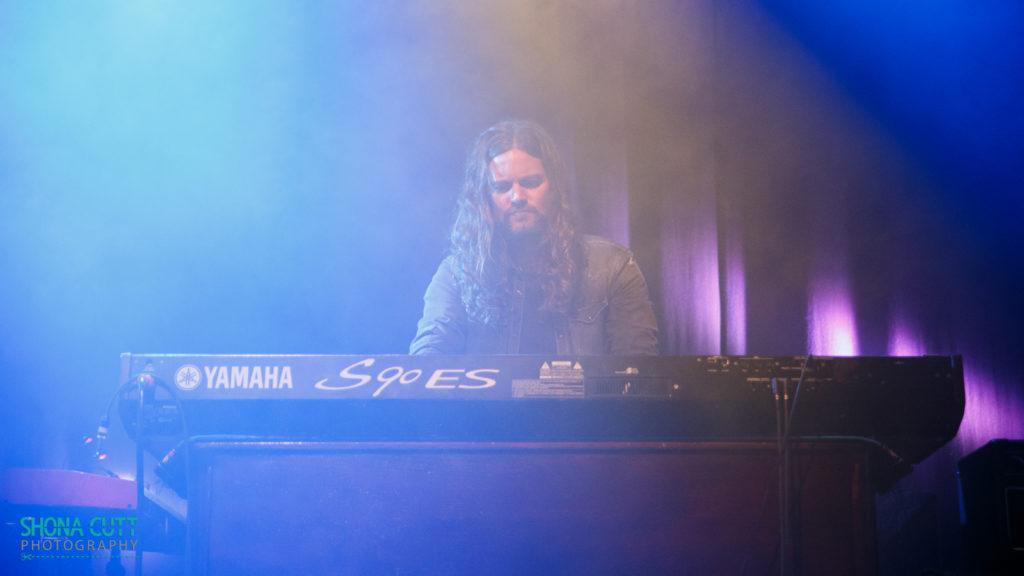 Sleeping Dogs Lie is traditionally the Gov’t mule-esque jam number, which previously incorporated the Allmans and Led Zep. This time an unexpected funk breakdown leads in to the Fabs’ Come Together before depositing us back where we started 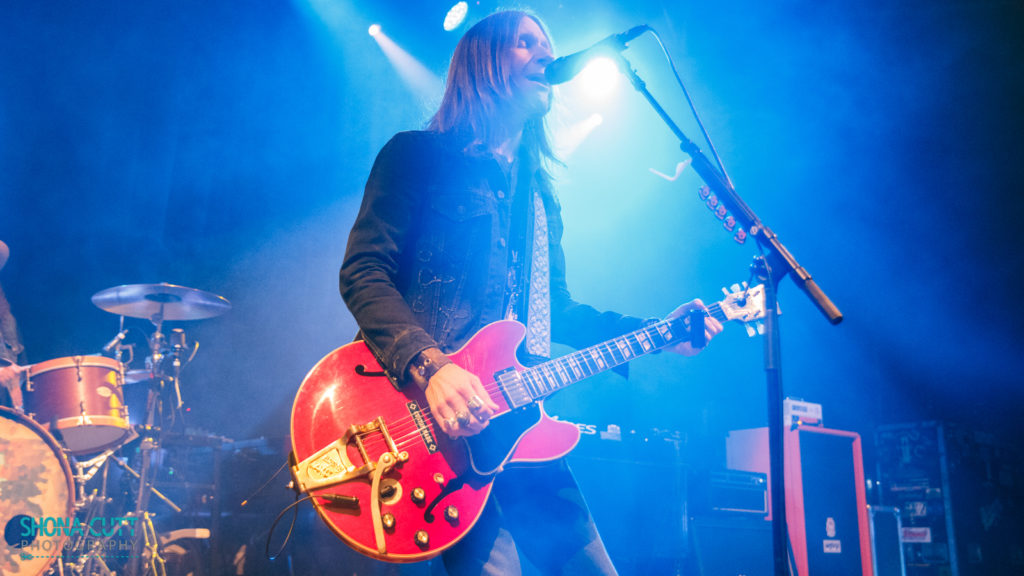 Not yer conventional frontman, Starr is first and foremost a musician, thrilling us with his great twin lead breaks alongside Paul Jackson. He leaves the audience to sing much of Ain’t Got the Blues, while concentrating on the guitar pickin’. But when it comes to requests, apart from those inevitable cries for Freebird, it seems there are an awful lot of wronged folks round these parts as the one Starr describes as “Blackberry Smoke’s revenge song” Payback’s a Bitch proves a clear favourite. Mind you, an enormous whoop of pleasure also greets One Horse Town, such is its universal appeal to those of us who grew up in a rural shithole. 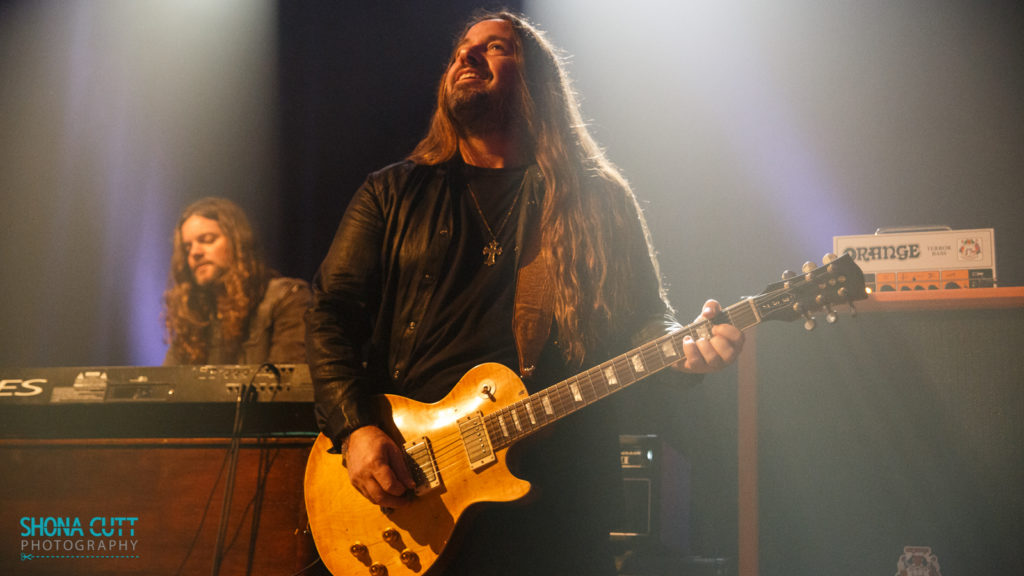 An extended Ain’t Much Left of Me concludes the encore as usual, this time including a snippet of Skynyrd’s Mississippi Kid and, presumably in honour of Guy Griffin’s presence, a verse of the Quireboys’ Seven O’Clock (who knew the Geordie funsters’ fanbase stretched to Alabama?). “I can’t sing as high as Spike does,” apologises a defeated Starr. No worries, pal: you’ve just completed a strong contender for Gig of the Year.