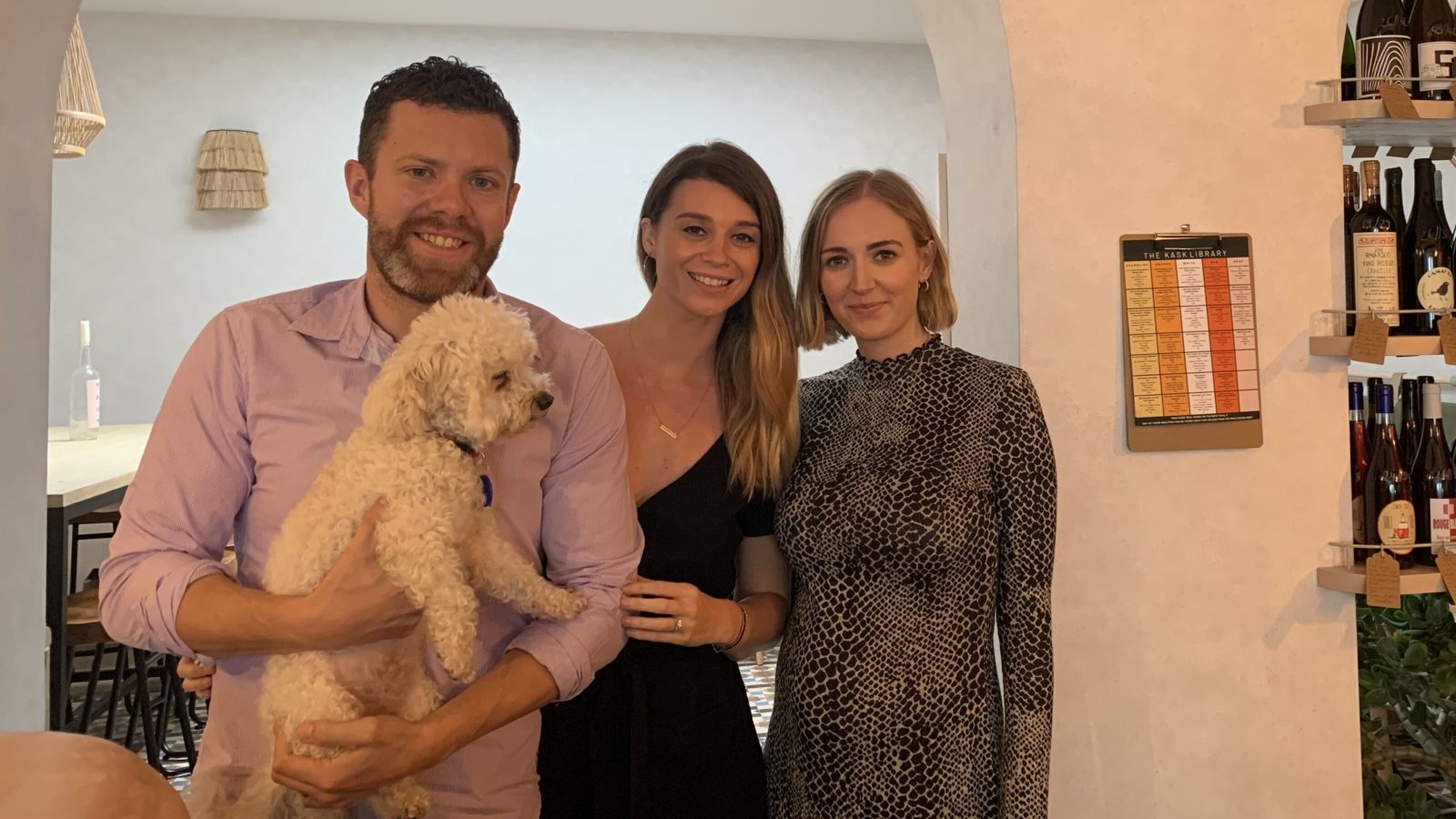 Kask is new wine bar, deli and shop which has recently opened on the site of a former pub on North Street in Bedminster.

The owners are focusing on both biodynamic and minimal intervention wines, including a selection of frequently changing reds, whites and roses.

For those who like things a bit funkier, there is also orange wine available to taste; with more than 75 wines currently for sale which can be taken home or enjoyed in the soon-to-be-open beer garden.

The bar – in what was previously the Leveret and before that the Hare – also offers a range of cheese and charcuterie plates to be enjoyed with the drinks on offer.

Behind the scenes of Kask are two husband and wife teams, Bedminster residents Charlie and Natalie, who have backgrounds in hospitality, and Henry and Sophie, who own Birmingham’s natural wine bar and shop, Grace + James. 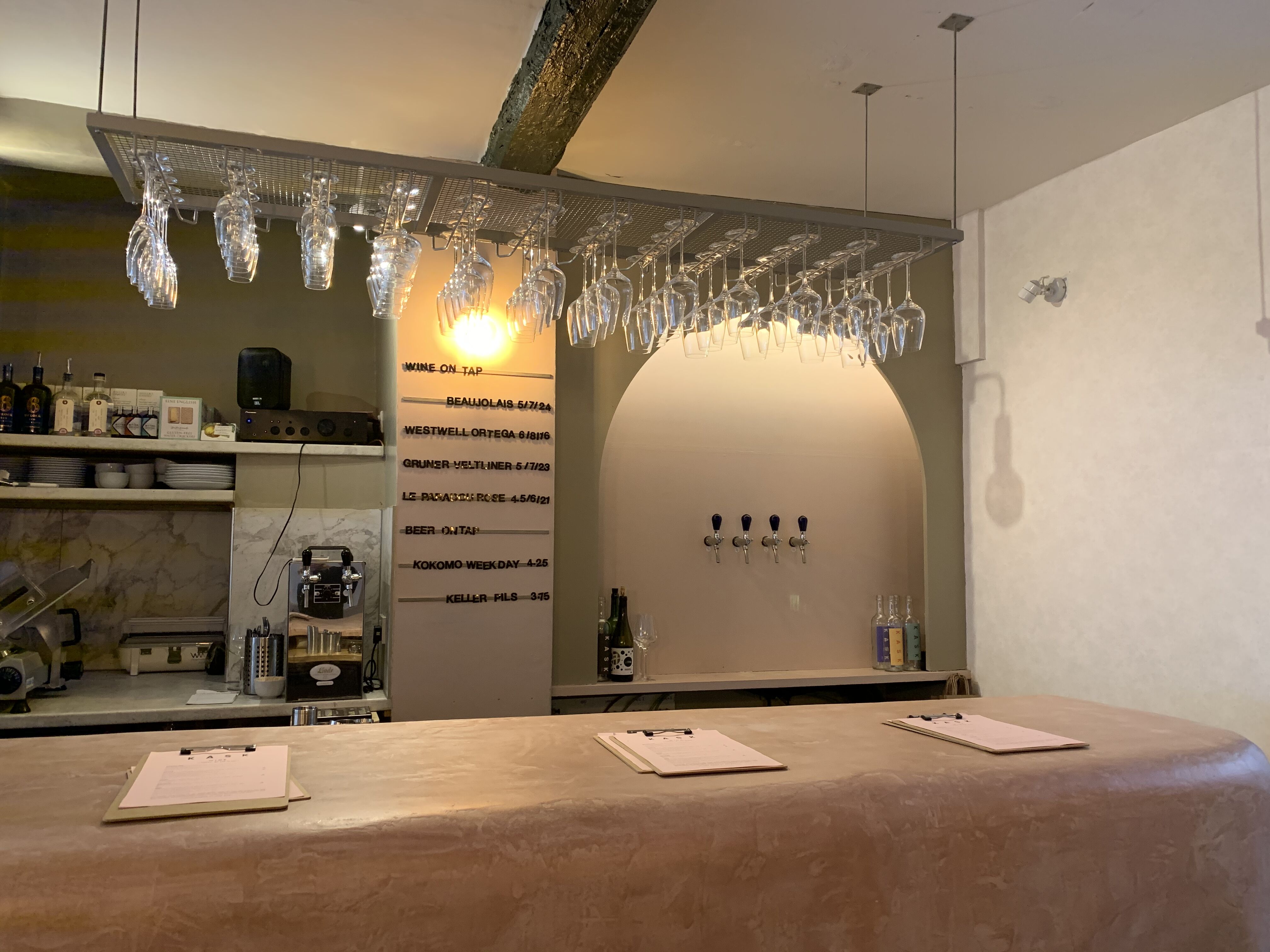 “When we saw this spot come up on North Street, we jumped at the chance,” Charlie told Bristol24/7.

“We wanted to add something different to the great independent bars and shops in Bedminster.”

Sophie added: “All of the beers and gin is sourced locally, there is definitely the appetite for this kind of wine bar in Bristol. Everything works harmoniously together, people can be really excited about it.”

Sustainability is at the heart of the business, with customers encouraged to refill their own Kask wine bottle which enables them to sample the full selection of wines on tap.

The menu will also promote local gin and tonic and locally sourced beers including from Bristol breweries Good Chemistry and Lost & Grounded. 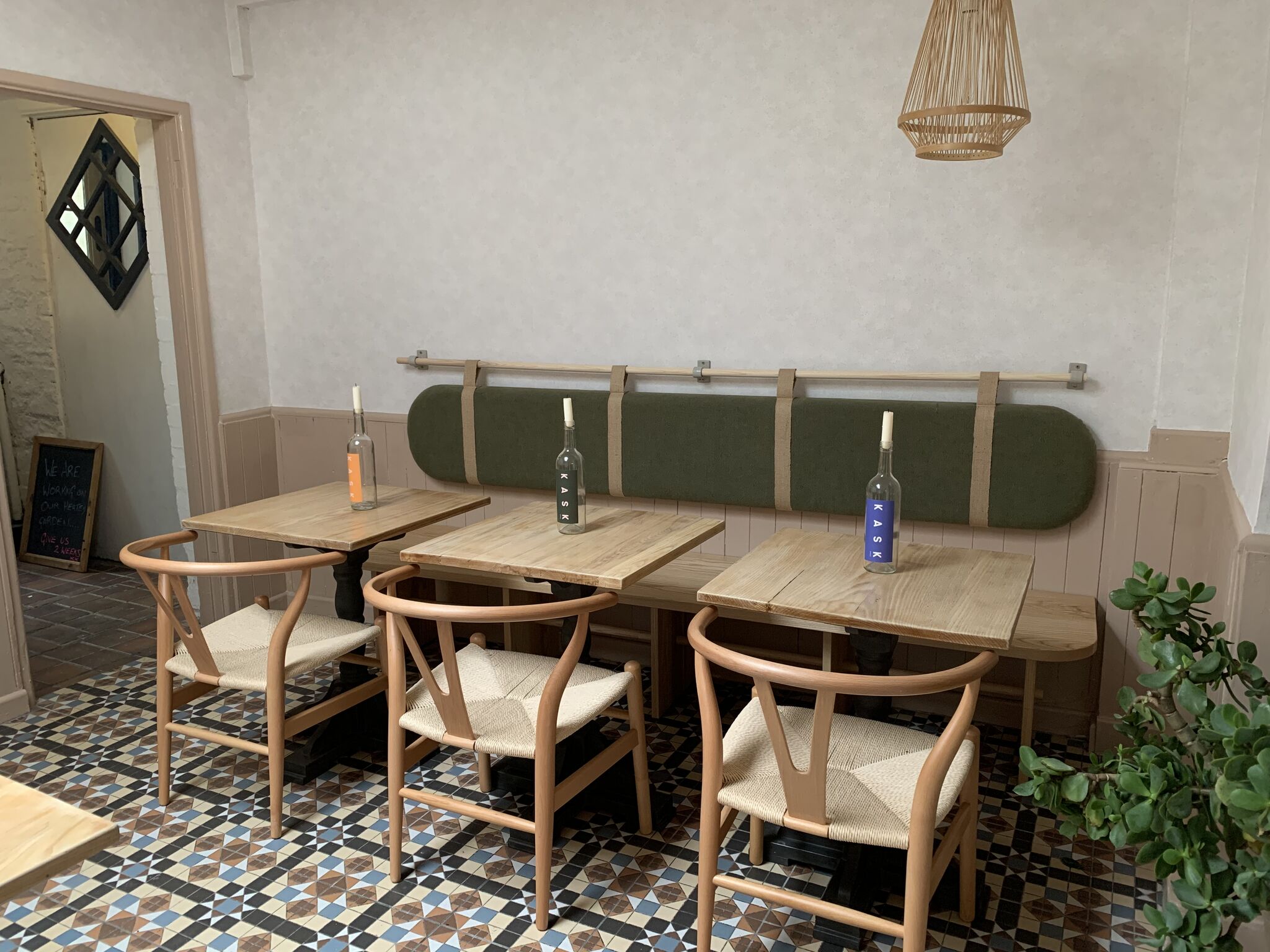 The space is almost unrecognisable after the refurbishment

“The other local business have been so supportive and offering help,” Charlie said.

“We’re already in talks with Friendly Records and The Old Bookshop to collaborate.”

Kask’s major refurbishment features lots of curved edges, clay finishes and striking taps on the wine wall which are from Bristol Blue Glass.

Natalie said that the team hope that Kask can be “an alternative to a pub. We want people to be able to pop in for a glass of wine.”

Read more: Bar opens within a bar on North Street