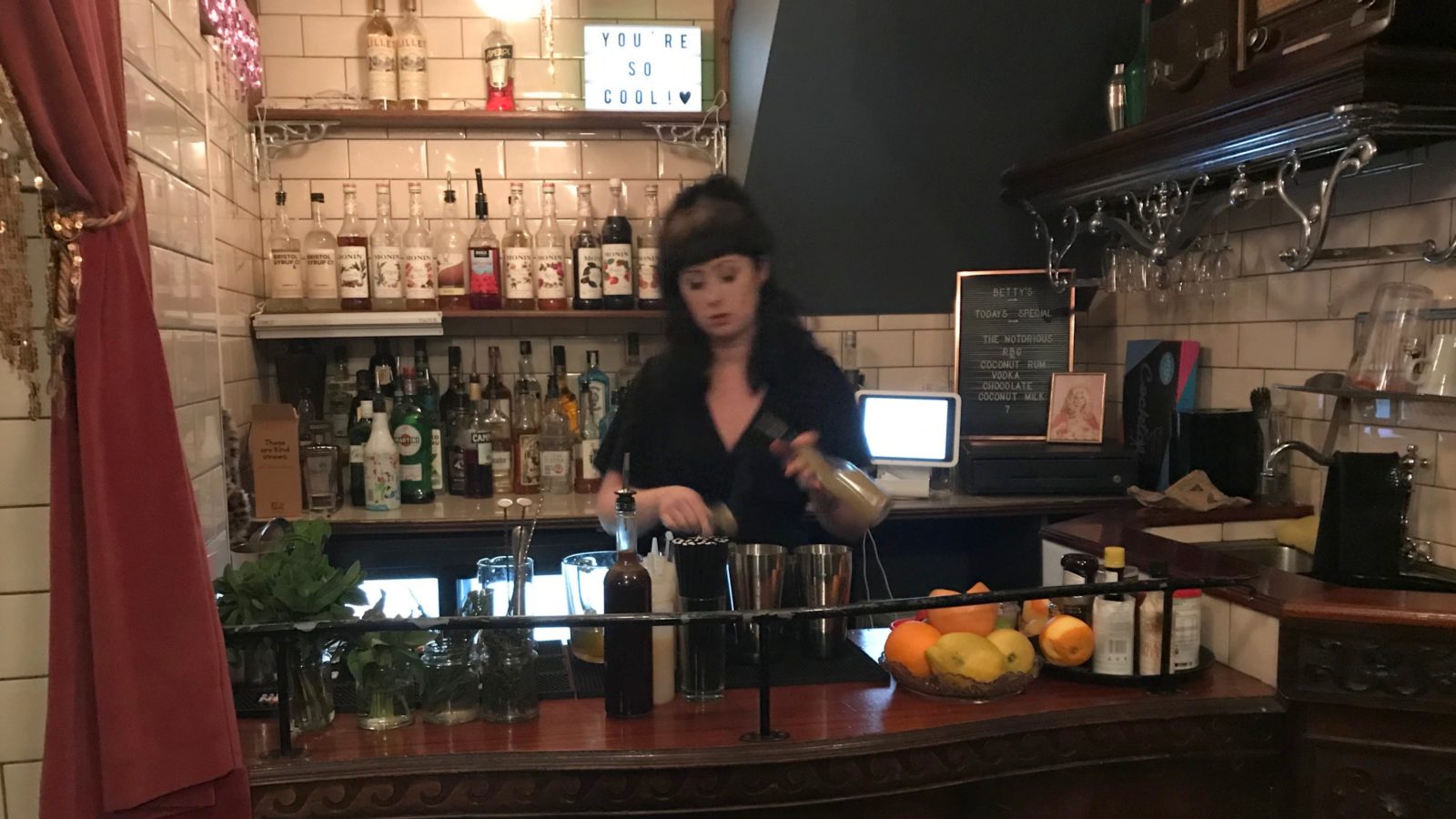 Pink sequins hang on strings in one corner of The Old Bookshop, matched by a pink curtain with pink sequin drapes.

The Arabian Nights-style decor is an indication that this corner of the North Street establishment is a world apart from the rest – with Betty’s Cocktails being a bar within a bar.

Betty’s has been opened by Bethany, known to all her friends as Betty, who previously worked behind the Bookshop’s main bar as well as at other Bristol bars and restaurants including The Lanes on Nelson Street, before making the decision to quit her most recent corporate role to open Betty’s Cocktails, her first business.

Soon before 7pm on only her second night of running this new bar, Betty is doing the job of at least three people: taking orders, making drinks and taking them to tables.

Part of this seriously impressive multi-tasking is because this evening’s happy hour (where two of the same drink costs £10 as opposed to the usual £7) is almost over. 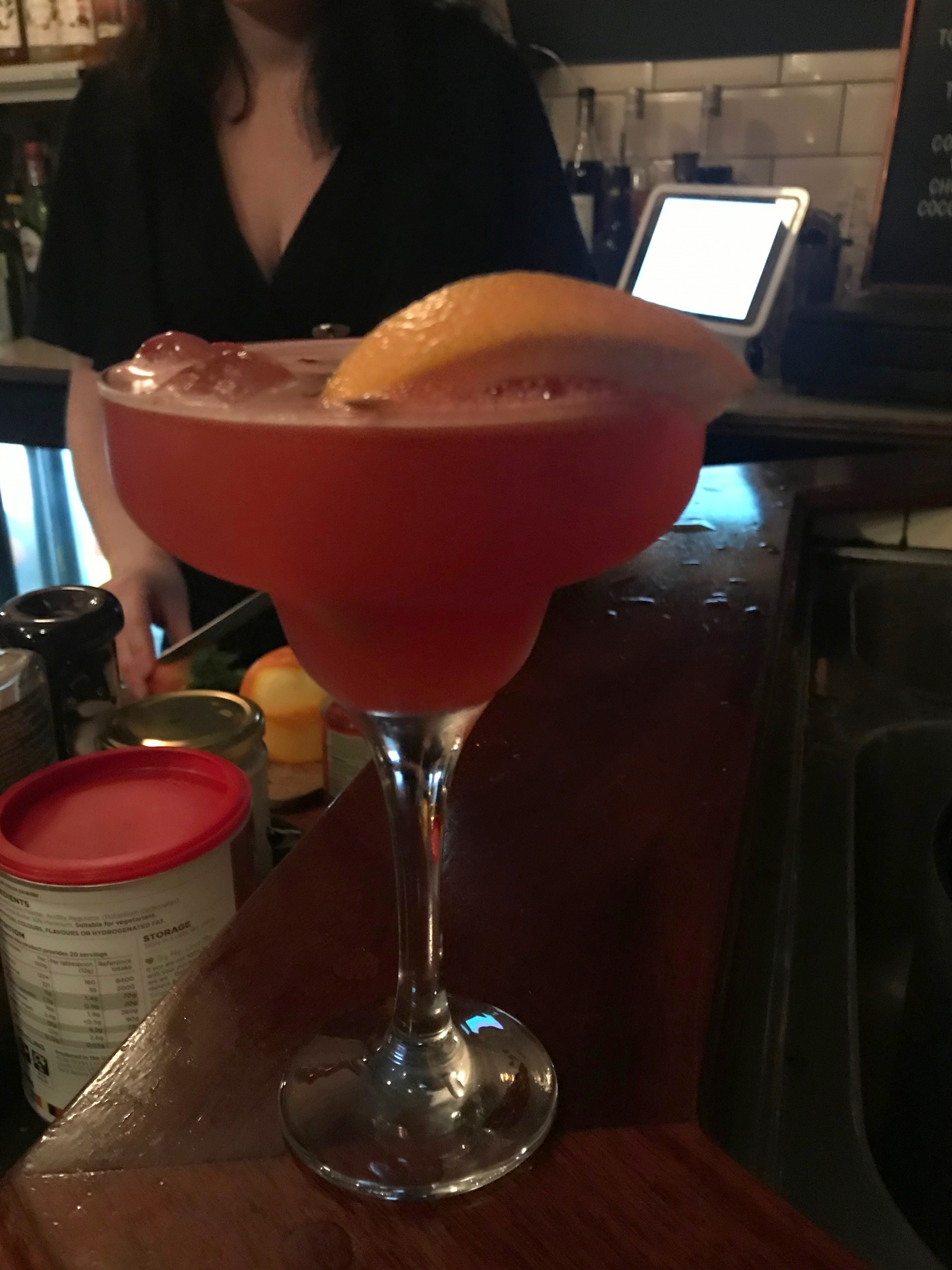 The cocktails here – made in a space previously occupied by pop-ups from Psychopomp and later the Cocktail Caravan – are split into “house classics” and “all-star originals”..

“Oh, there’s a back!” one woman says on receiving her bramble, when realising Betty’s more unique creations are on the other side of the small laminated menu.

Classics include an old fashioned, negroni and sours (including a vegan version made with aquafaba rather than egg whites); while the other side of the menu features the likes of the Ginger Davies (vodka, ginger, lychee, elderflower, lime and fizz), the Norma-Jean Jones (Frangelico, Crema de Cacao, maple and oat milk) and the Rosie Stone (rhubarb liqueur, Wild Turkey bourbon, lime, bitters and blueberries).

One woman dressed for the current weather in a thick waterproof jacket orders the special, “because it would be rude not to”.

Betty also finds time while making these cocktails to talk to a customer sat at the bar wearing an Argyle jumper and a baker-boy cap, who has ordered a Screamin’ Mimi – made with El Jimador Blanco, Passoã, blood orange, grapefruit and lime – because of its name and the fact that it contains tequila.

A woman in a leopard-print jacket brings her empty glass back to the bar. “Thank you, that was delicious,” she tells Betty, who thanks her in return before grating some dark chocolate over an espresso martini, ready to be taken to the next satisfied customer.

Read more: Creating cocktails with the help of artificial intelligence