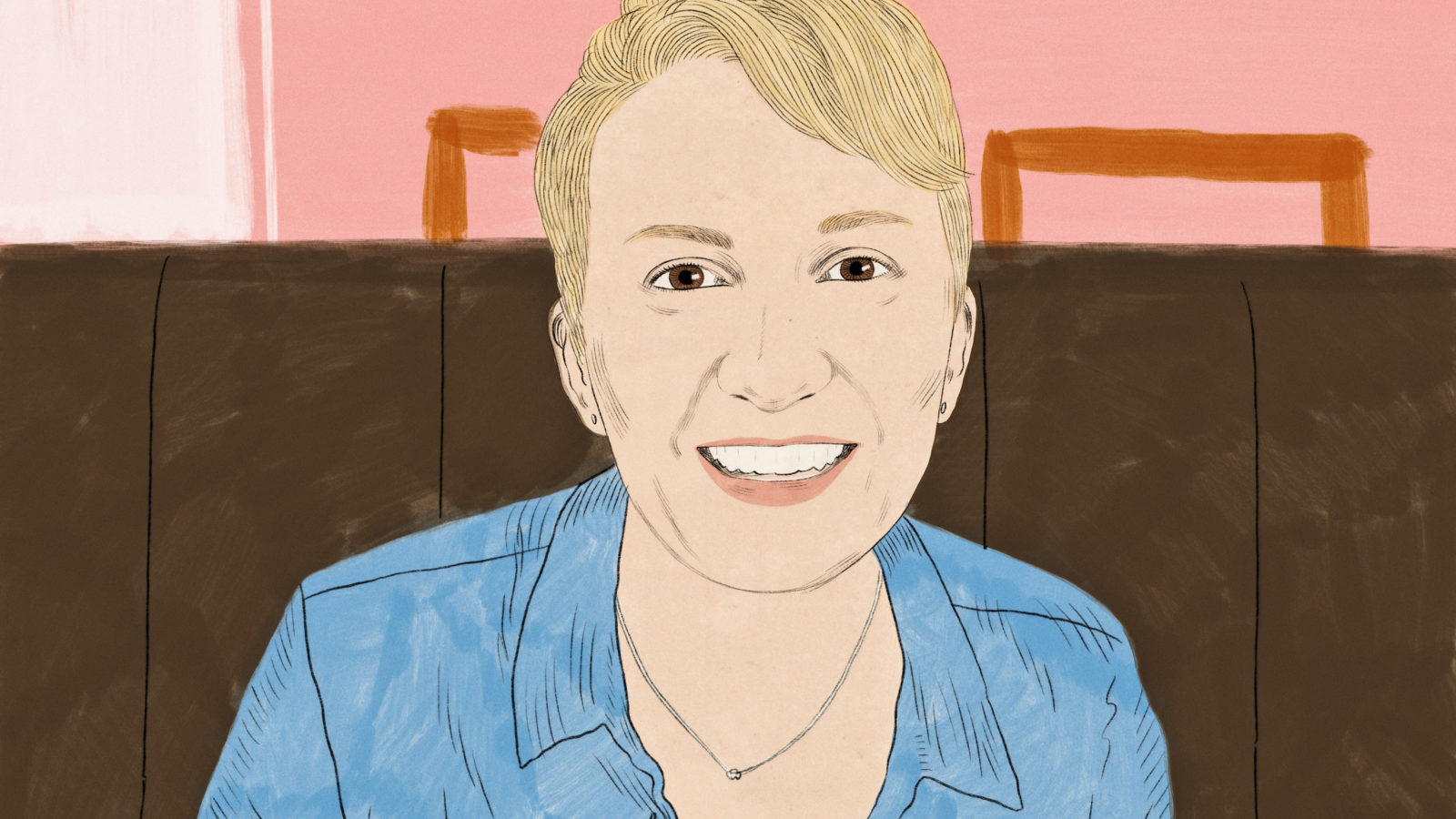 When Emily Koch was writing the much-anticipated If I Die Before I Wake, published on January 11, she would often work in one of the booths at the back of Boston Tea Party on Gloucester Road, just a few minutes’ walk from her home in Bishopston, “with multiple cups of teas”.

She would plug her laptop in, put some upbeat music on her headphones and then get absorbed in her writing. “There would be some days where I would leave after a couple of hours, it wouldn’t be happening. And there would be other days where I would stay for lunch and into the afternoon when I could hardly tear myself away from it.”

I’m meeting 32-year-old Emily for breakfast on the day after the first copies of her book rolled off the press. Emily and I are former colleagues at the Bristol Post where we were once reporters, and we have both brought our young daughters to breakfast with us today.

Emily’s seven-month-old Gwen remaining is fast asleep in her buggy for most of our breakfast while my three-year-old daughter Lois drinks her babycinno and sticks in the stickers in her Peppa Pig magazine.

The publication of If I Die Before I Wake by Harvill Secker, an imprint of Penguin Random House, is the culmination of a long journey for Emily, who left an award-winning career in journalism to complete an MA in creative writing at Bath Spa University, with the book going through 18 drafts in a two and a half year process.

She got her publishing deal a few days before getting married to her husband Matt and handed in the final draft a few weeks after giving birth to Gwen.

If I Die Before I Wake tells the story of Alex, who everyone believes is in a coma, unlikely to ever wake up. But as his family debate withdrawing life support, Alex suspects that the climbing accident that put him in the BRI wasn’t really an accident.

Sipping a large mug of steaming lapsang souchong tea, Emily says that she does not “think I really knew what I was setting out to write. It has evolved into what it is, which is not a straightforward thriller… I wanted to give people a book that would make them feel something.”

There are many elements of Emily’s own personal experiences woven into the book, as if her life has been distilled into a novel. She spent time in hospital herself in 2008 after breaking both of her legs when hit by a car while walking across a zebra crossing in London. Alex is a reporter at the Bristol Post and, like Emily, enjoys going climbing. Emily also enjoys singing and playing the guitar, as does Alex’s dad when he visits his son in hospital.

Gwen gurgles from her pram but Emily doesn’t lose her stride. “Alex is imagining being able to tell his story as a way to keep his mind alert and his brain ticking over. He’s imagining going through everything that’s happened to him. So I realised that for him to want to do this, he needed to be a certain type of person, a person who likes to tell stories. As soon as I thought that, I realised that for me he needed to be a journalist, that was the best bit that I could write about and could work for him, and a lot of things fell into place.”

Does she miss journalism? “I do miss the newsroom sometimes. I liked always knowing what was going on in Bristol and just generally in the world. I felt like I knew stuff. I miss being immersed in it and I miss being around other people to work. It’s a very different life writing novels.”

Emily has played a large part in bringing fellow writers in Bristol together with her monthly Write Club events, encouraging fellow writers to meet up, share ideas and read passages from their books – something that they might never have done before.

Reading Nathan Filer’s Shock of the Fall, was one of the impetuses to make her take the leap into becoming a novelist. He had done the Bath Spa creative writing MA which she hadn’t previously heard of it before but it gave her the idea to pursue it herself (“At least I would end up with an MA even if I don’t get a book published”).

Another impetus was Emily’s mother being diagnosed with cancer in 2013. “The upshot was that life is too short not to go for things that you really want to do,” Emily says. “Why was I waiting? Why was I spending time not writing a book if that was what I really wanted to do?”