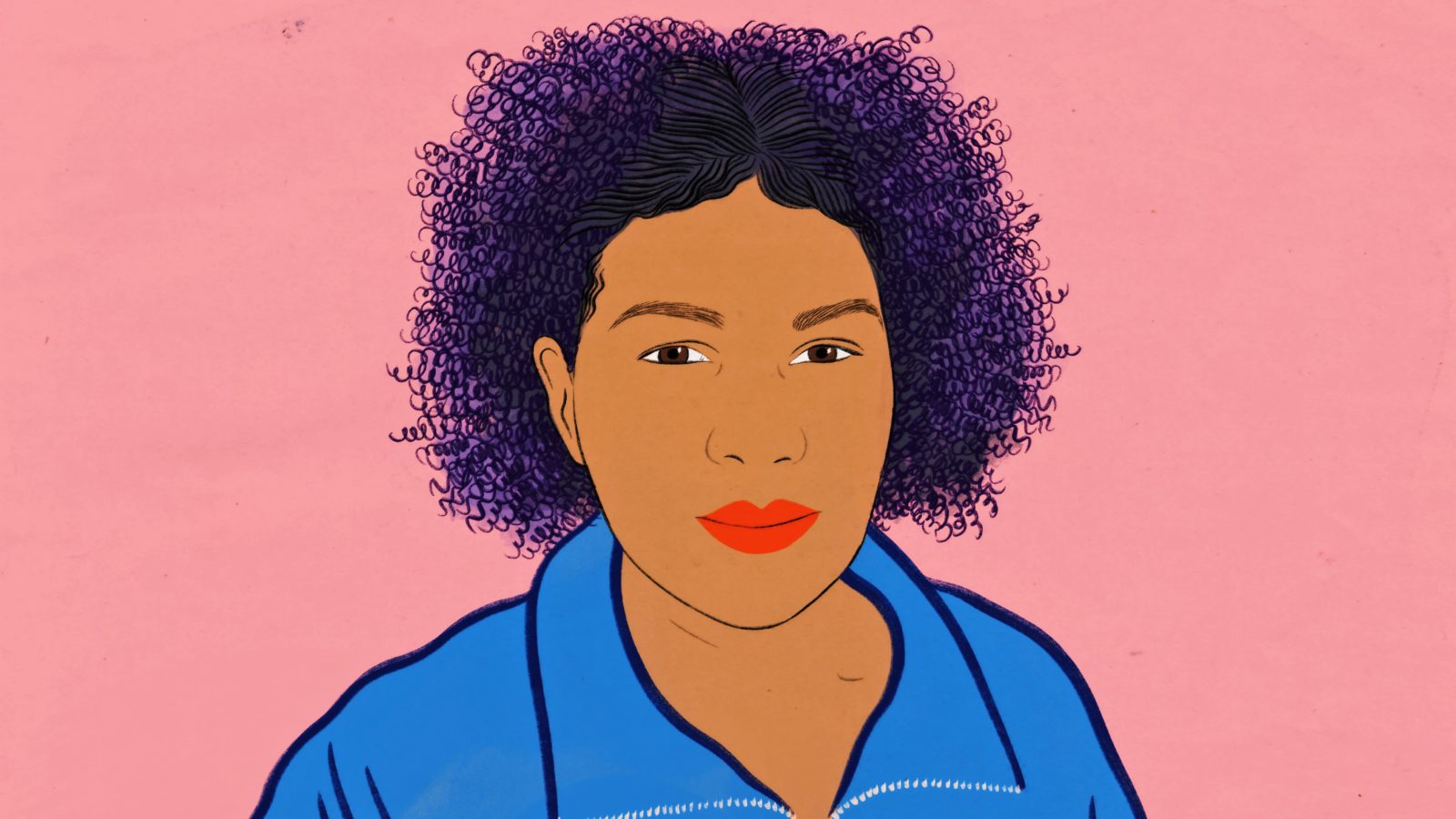 Ngaio Anyia’s skinny cappuccino sits untouched as she leans forward on the wooden table to talk with open honesty and passion about her new EP, We Fly.

“I really wanted it to be an embodiment of who I am and the kind of thing I would have liked to have listened to when I was younger,” she says. “It’s all about being mixed race, about being a woman and being a black woman. It’s about not being silenced.”

It is a cold Wednesday morning and the singer, DJ and writer is sat on a sofa in a far corner of The Orchard on Clouds Hill Road talking music, inclusion, finding a place in the world – and the best options on the menu at one of her favourite local spots.

“Just stop me if I’m rambling too much,” Ngaio laughs, pausing briefly to take a bite of the hot, overflowing breakfast bagel in front of her.

She was up last night working on songs and is bursting with positive energy just after 10am, as she settles in for a chat. Despite her big, easy-going smile, Ngaio admits to feeling nervous about the launch of an EP that is intensely personal as well as political in places.

Released by the female-fronted Stokes Croft label Saffron, supported by the PRSF Talent Development Partner Network and Red Bull Music, the record is the first by the singer since her debut EP in 2016.

“It’s amazing having the support of Saffron, but the pressure is much more,” she admits. “They said to me you can do whatever you want, you have complete control.”

Blackbird is the first release from the EP, which premiered exclusively online with Bristol24/7.

“It’s talking about intensively vulnerable things like being mixed race and not knowing where you fit in,” says Ngaio. “It’s basically me writing a letter to myself.

“I had been really nervous about Blackbird and whether I should be talking about these things, because in the grand scheme of things, I’m moving through the world in a very privileged way and I’m very aware of that and the privilege I have.

“But I did a really stripped back version of Blackbird in front of a live audience and people were just crying. It’s so scary, but it’s made people feel seen.”

Ngaio is half Nigerian and was born in London, before moving to rural Wales with her mum at the age of five after her parents split up.

“I was the only black person in the town and there was a lot of racism and bullying,” she remembers.

“When you’re that age, you don’t know what racism is, but it was then I realised that my mum, who’s white, navigated the world in a different way to me. I went from being really outspoken and chatty to just silent.”

Eventually her mum went to Ngaio’s headteacher, only to be told “we had no problems until you brought your inner city ghetto into our school”.

It was then that the pair moved to St Werburgh’s, but it still wasn’t an easy adjustment for Ngaio.

“I was very unsure of the space I could occupy, and I also didn’t know who to talk to about that,” she says, adding that her mum has been her biggest support throughout.

Aside from being a singer, lyricist and spoken word artist (a title she still doesn’t feel qualified to hold), Ngaio runs a collective of female DJs called Booty Bass, works as an inclusion officer for Artspace, Lifespace and is involved with Black Girl Convention.

“I wanted Booty Bass to be a safe space for womxn and womxn of colour,” she explains.

“As soon as you start talking to other women in the industry, everyone has moments where they have been talked down to, or ignored or intimidated. The problem is when you go into these places and you are made to feel intimidated and then you have to go up there and perform, that’s a really hard space to be in.

“When you go into a space and you don’t see anyone who looks like you, so you immediately have imposter syndrome. I think we need to recognise this.”

After spending some years struggling with her own identity, Ngaio got involved with organising a Black Lives Matter march in Bristol in 2016.

“That’s when I gave myself permission to talk about race,” she says. “I thought if I can be part of the solution, I should be doing that.”

Polishing off the final remnants of her breakfast bagel and picking up her headphones, she adds: “It’s so important to have representation. Music is quite a serious thing to me, I’m being my most honest when I’m on stage.

“With Blackbird, it was like going on an emotional roller coaster with every take. “I want people to know I feel this pain and I want to bring people in.”