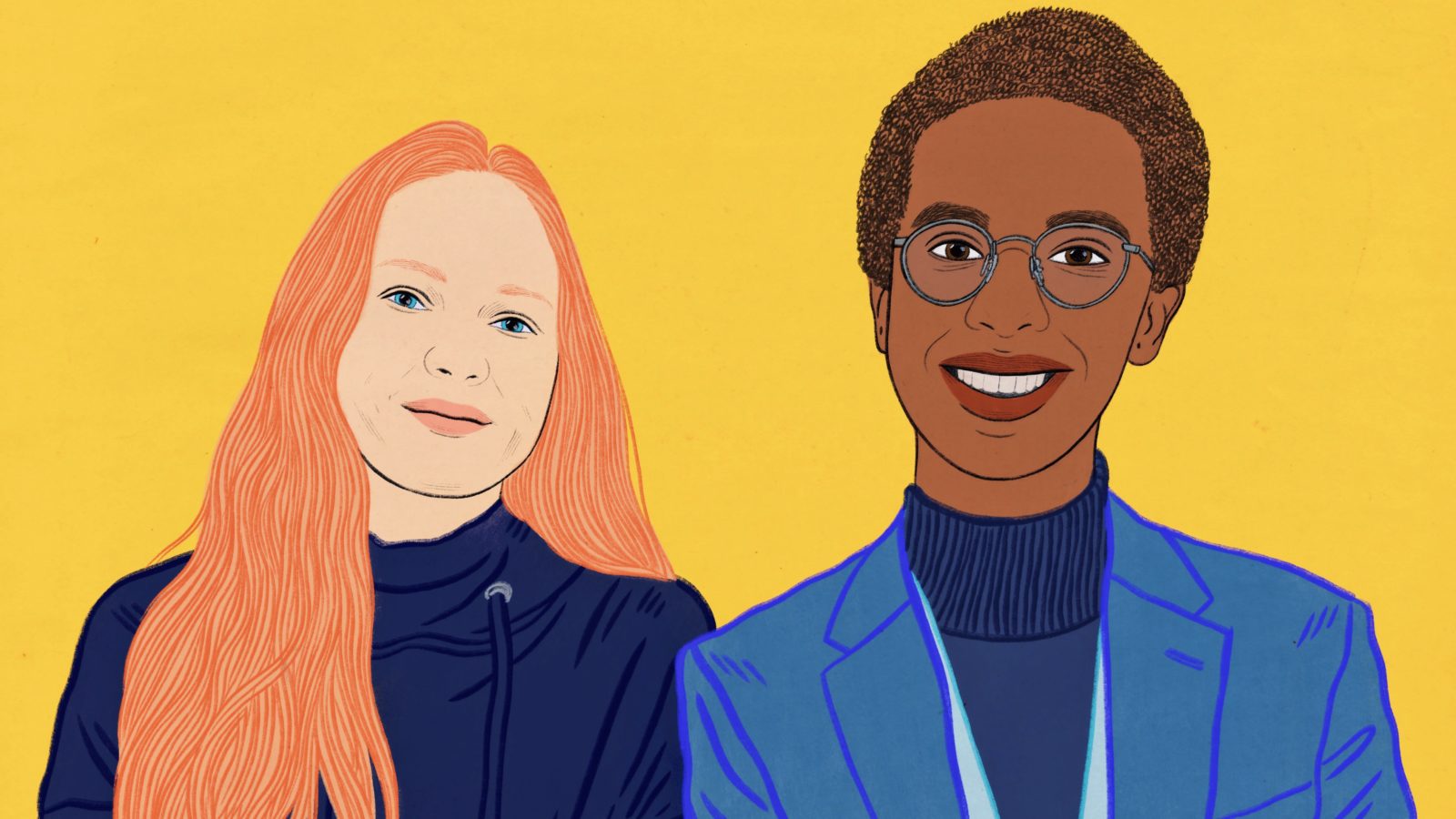 They may have a voice around the table with Bristol’s key decision makers but even the youth mayors are no match for the city’s public transport.

“Siena’s bus has gone way out to Temple Meads,” says Mohamed Aidid, hanging up the phone just as the cathedral clock strikes 9am, our allocated meeting time.

Heading into the warmth of Costa Coffee on College Green, we find a free table towards the back of the cafe and, leaving his coat on a chair, Mo springs back up to go and look out for his counterpart, Siena Jackson-Wolfe.

Indecisively scanning the breakfast options in the counter before him, the 15-year-old speaks candidly about why he wanted to take on the role of youth mayor.

“I wanted to have people like me represented,” he says. “I didn’t feel represented at all until I saw people like (mayor) Marvin Rees and (deputy mayor) Asher Craig and (councillor for Lawrence Hill) Hibaq Jama.”

Eventually rejecting the fridge full of pre-packaged breakfast options, we order croissants all round and hot drinks, and return to the table just as Siena arrives, bright-eyed, apologetic and breathless from running across town.

There’s an easy-going rapport between the two youth mayors, who were thrown together by circumstance, and they often refer back or prompt each other.  Taking a sip of hot chocolate, Siena pauses to reflect on why she became youth mayor. 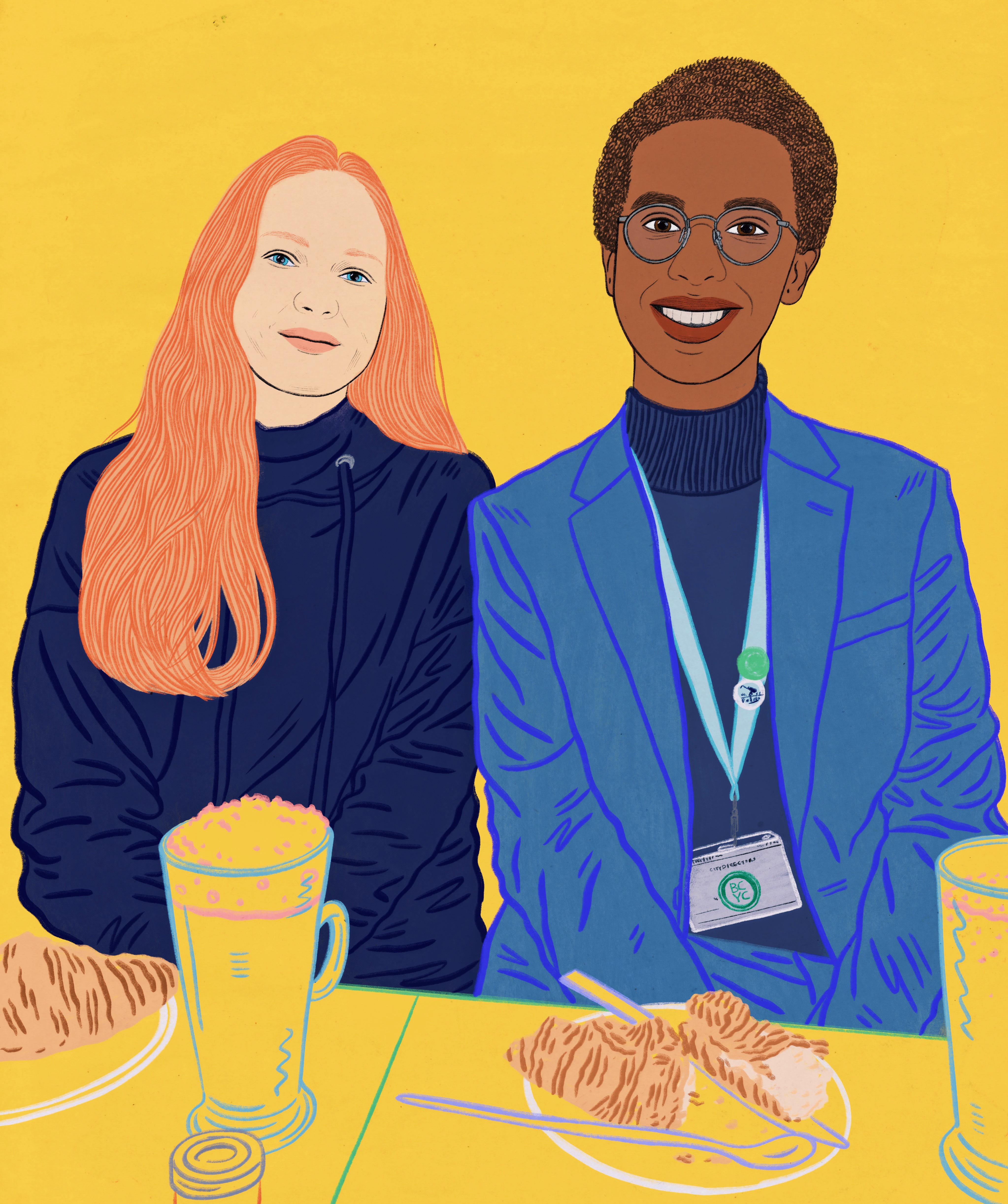 The two youth mayors act as advisors to the mayor and represent the city’s young people at meetings and engagements. For example, they are the only elected members on the advisory board for the proposed Western Harbour development.

Just a few weeks before our breakfast interview, Siena and Mo stood before a packed crowd in the Wills Memorial Building to speak at the mayor’s State of the City address.

Mo admits his “knees still knock behind the lectern” when he speaks in public. “I tend to be the loudest person in the room, but I hate talking in front of big crowds,” he says.

His route into politics and public speaking was through the youth council, which he was elected on to at the age of 12.

The Horfield teenager, who attends Orchard School, says he would not speak to many people before getting onto the council, but the role gave him the chance to meet a much more diverse group.

“I thought it was great having leadership roles and I wanted to take it to the next level,” he says with a grin, taking a bite of his croissant.

“I remember thinking on the day of applications ‘should I or shouldn’t I?’ and then I thought, ‘what’s the worst that can happen?’”

Siena grew up in Bishopston and attends North Bristol Post 16 Centre. Her journey into public speaking started when she and a friend developed a food waste app at Redland Green School and entered it into competitions, including winning the Duke of York’s Pitch@Palace.

“I get a rush from public speaking,” she says. “I get nervous, but I’m excited to do it and I like the process.”

She saw the youth mayor role as a chance to influence decision-making and first met Mo on the evening of their election.

“We get thrown together a bit so if we didn’t get on it would be very awkward,” laughs Siena, admitting that she often feels “like a fraud” having such an important role in city life during her 12-month term in office.

Mo agrees: “I don’t think I’ve ever sat in a meeting and thought ‘I deserve to be here’.”

Their self-effacing attitudes only add to the charm of a pair who genuinely care about people and their home city.

“I would still want to be involved in the city in the future,” confirms Siena, who hopes to go to university to study English, philosophy or law.

“I’m really interested in getting young people to realise their potential. Growing up is really hard and finding yourself and working out how to interact with other people. I think it’s really important that we create positive places for young people to go.”

Mo says his long-term ambition is to go to university to study medicine. “I have always known I want to be a doctor,” he says. “Neurology or neuro surgery, although I have got really shaky hands!”

“I would still like to be involved in city leadership and work for positive change.” He adds after a pause: “And be happy.”