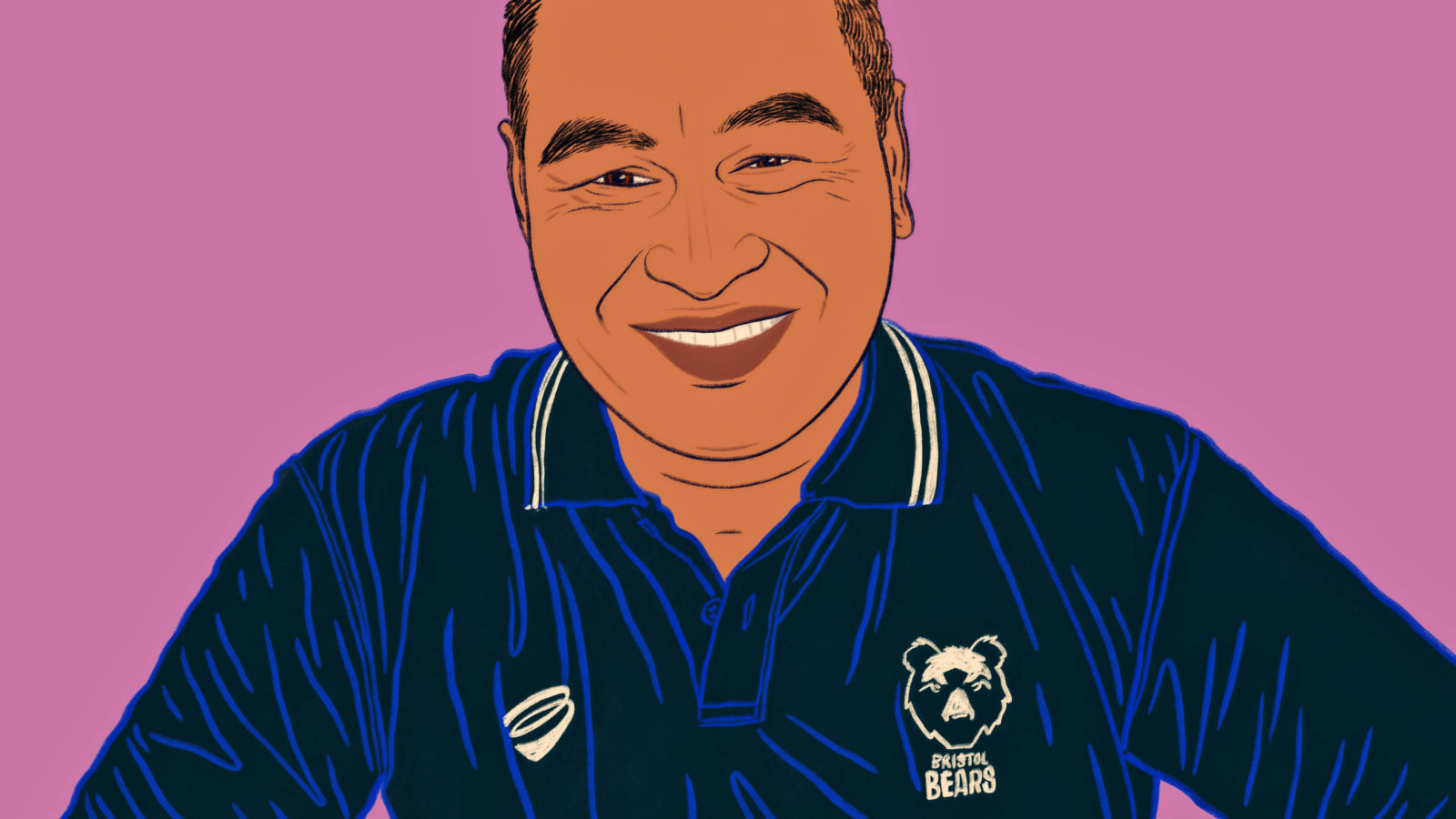 Pat Lam gazes out of the windows of Lockside towards the Cumberland Basin and the colourful houses of Cliftonwood beyond. It’s a sunny Thursday morning and he is starting the day off just right with not one but two breakfasts: a first for a Breakfast With Bristol24/7 interviewee.

Not just content with a pancake with streaky bacon and maple syrup (with an added dollop of ice cream for good measure), the Bristol Bears director of rugby has also chosen a sausage buttie to balance my own bacon buttie.

Later today, Lam will be interviewing shortlisted candidates for the position of senior academy manager at the Bears. A few days after we talk, he will be taking his players on a pre-season training trip to Cornwall. 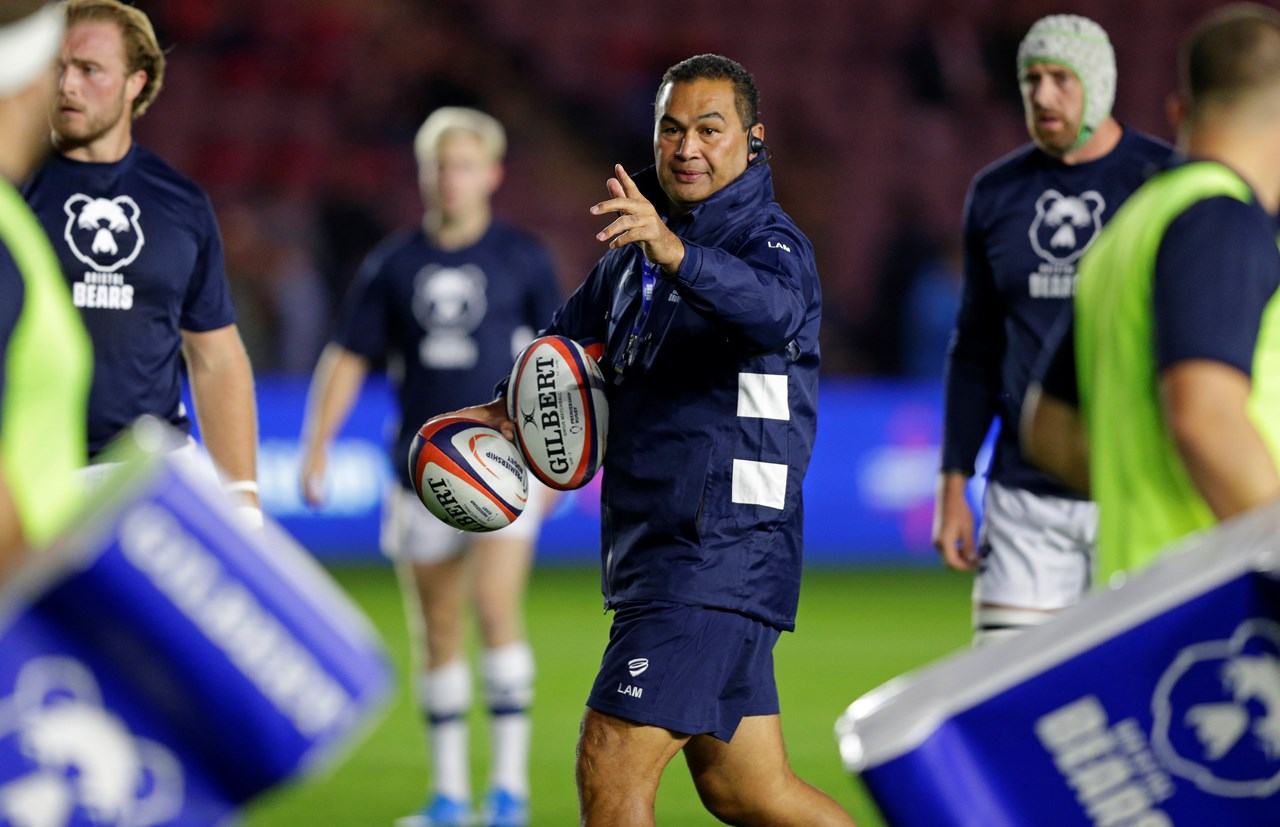 The Bears’ first competitive game of this season was a 24-12 away defeat to Harlequins in the Premiership Cup in the penultimate week of September, but already the talk on every fan’s lips is the opening game of the Gallagher Premiership against fierce local rivals Bath at Ashton Gate on the evening of Friday, October 18.

Summer holiday daddy duties mean that I have had to bring my eight-year-old daughter Mersina to this interview (with Lam himself accompanied by Bears head of media & communications, Tom Tainton, who had chosen Lockside as a location).

Former primary school teacher Lam guessed Mersina’s age correctly straight away and took a keen interest in her days playing Rugby Tots as a pre-schooler. Lam’s own rugby career started in Aukland in New Zealand, where his parents had emigrated from their native Samoa.

He moved to England in 1997 at the dawn of the professional rugby era to play for Newcastle and later Northampton, also captaining Samoa on the international stage as well as the Barbarians – which he has also coached. 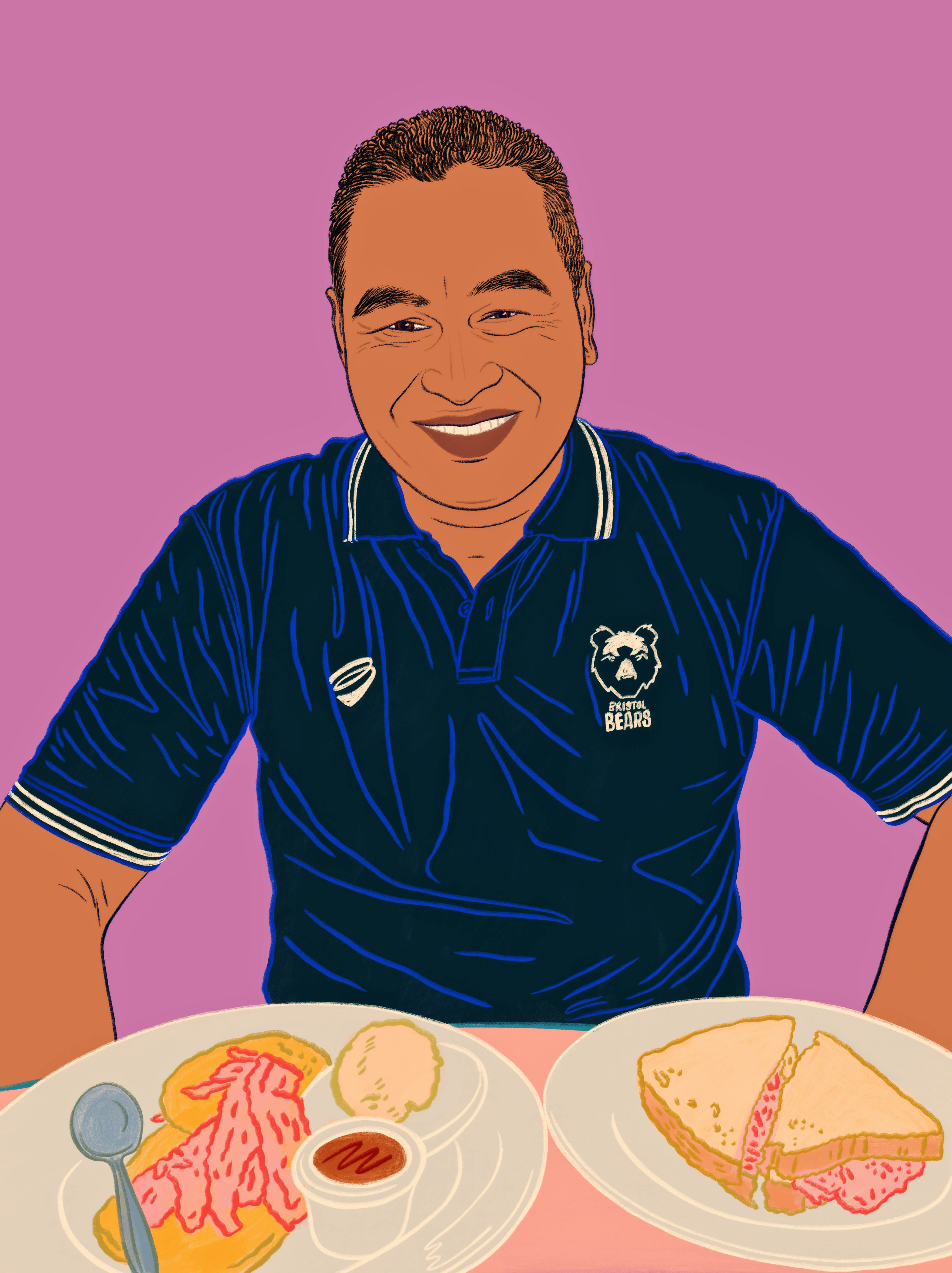 Since moving to Bristol in 2017 from coaching Connacht in Ireland, Lam has left an indelible mark on the club less than half a mile away from where we are talking. “I just try and make a difference,” Lam explains, sipping the first of his two flat whites. “Make a difference as a husband, as a father, as a coach, as a mate.”

Lam has a huge extended family in New Zealand and Samoa – his father is one of 23 siblings and his mother one of 11 – and he proudly shows me his wife Stephanie and their children on his phone screen.

Before recently moving house in Bristol, his neighbours threw them a farewell barbecue. Some people who had lived on the same road for decades had never before known each others’ names before Stephanie invited them all into their home.

This spirit of togetherness extends to the rugby pitch. “I believe rugby is the greatest team game. I just love the whole dynamics. Rugby is where I got my identity. Pacific Islanders were generally seen as the people who work in the factories. We were looked down on as a minority in New Zealand.”

Lam was tempted to move to Bristol from Ireland by being given the opportunity by club owner Steve Lansdown and chairman Chris Booy to create a legacy.

“We want to put something in place that is going to be a legacy for ever and ever,” Lam tells me. “In 20 years’ time, I want people looking back at Bristol Bears as the most dominant team in the Northern Hemisphere.

“I want to be able to say to all the guys that have left now, that they are all part of this journey that they can be proud of. Everything I put in place through the whole organisation is to take individuals out of it, and put systems in place.”

In Lam’s first season, when the club was still Bristol Rugby, he helped secure promotion from the Championship. The first match as Bristol Bears was a memorable 17-10 win against Bath at Ashton Gate to launch a season where the Bears finished in ninth place, with other historic wins against the likes of Gloucester and Saracens, and the double over Leicester and Newcastle Falcons.

Bristol Bears players have already been making their mark at the current Rugby World Cup in Japan. Four players, Chris Vui, Alapati Leiua and brothers James and Jordan Lay, are in the Samoa squad; while Siale Piutau captained Tonga in England’s opening game of the tournament.

Off the pitch, building a sense of community remains paramount to Lam. This has included men’s players coaching the Bristol Bears Women team. “I have a dream that all my coaches will one day be head coaches at a club or international level,” Lam says. “A dream of me enjoying my retirement, watching these guys’ teams against each other.”

Lam asks for his bacon sandwich to be wrapped up to take to work, and leaves Lockside with a bone-crunching handshake for me and a gentler handshake for Mersina, saying that he is looking forward to seeing her at Ashton Gate soon among a brand new generation of Bears fans.