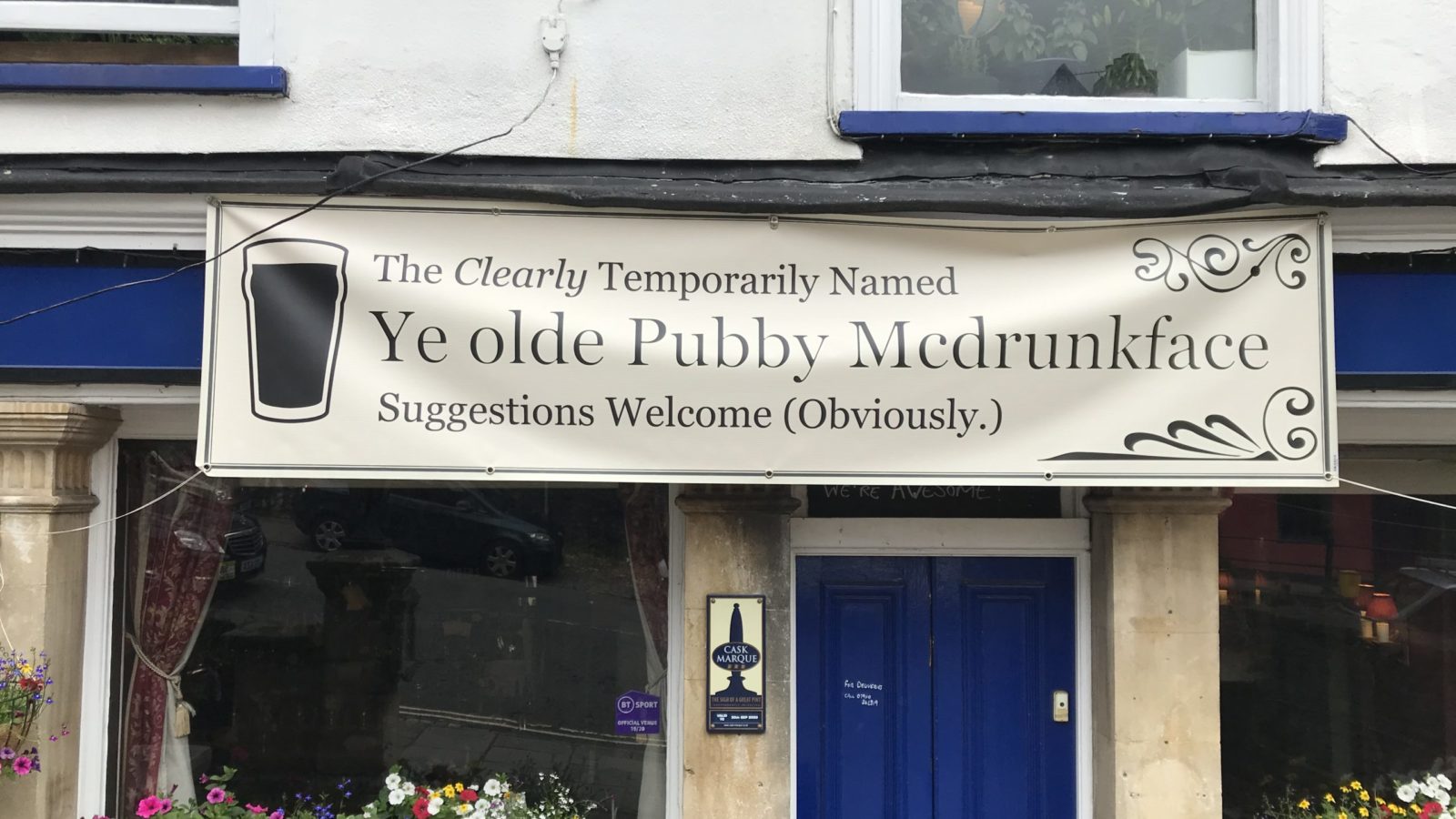 Following the fall of Colston’s statue and the consequent renaming of businesses in Bristol associated with the slave trader, the Colston Arms has been temporarily given a new name.

It comes after the Colston Hall announced that it will have a new moniker by autumn 2020, and also the removal of Colston’s name from several other signs across the city.

The St Michael’s Hill pub has now hung a banner above its doorway renaming itself as Ye Olde Pubby McDrunkface.

It’s a throwback to Boaty McBoatface, the winning name for a Natural Environment Research Council boat launched in 2016.

The sign says that the new name is “clearly temporary”, with the owners “welcoming suggestions” for a new name.

It signals a new era for the pub, following the placement of a handwritten sign outside which reads: ‘We are listening. Black lives matter’.

The manager of the Colston Arms, Paul Frost, told the New York Times that Colston has become “a toxic brand”

Early suggestions for the pub’s new name include the Sunken Slaver, the Empty Plinth and the Pero’s Arms. 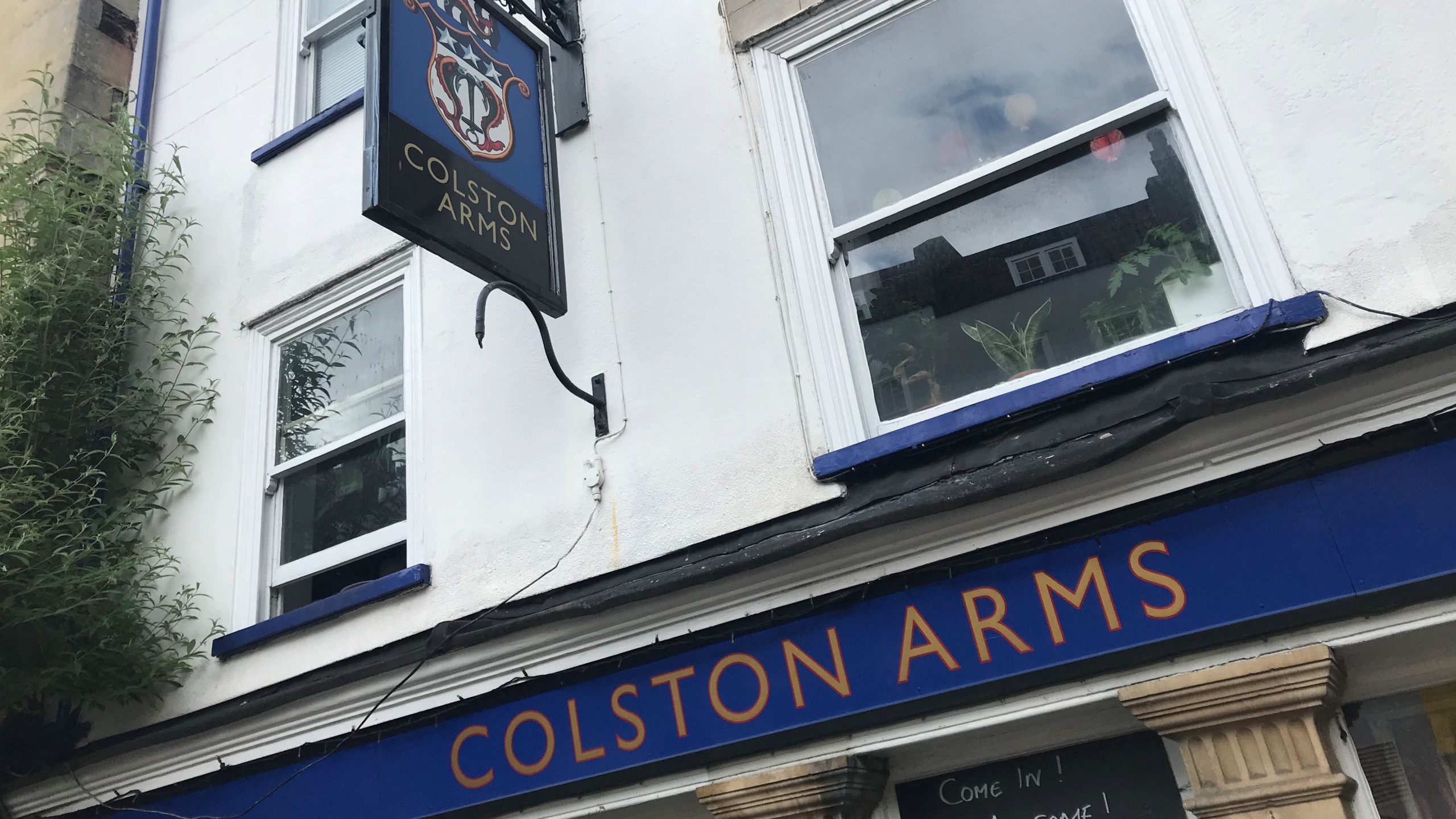