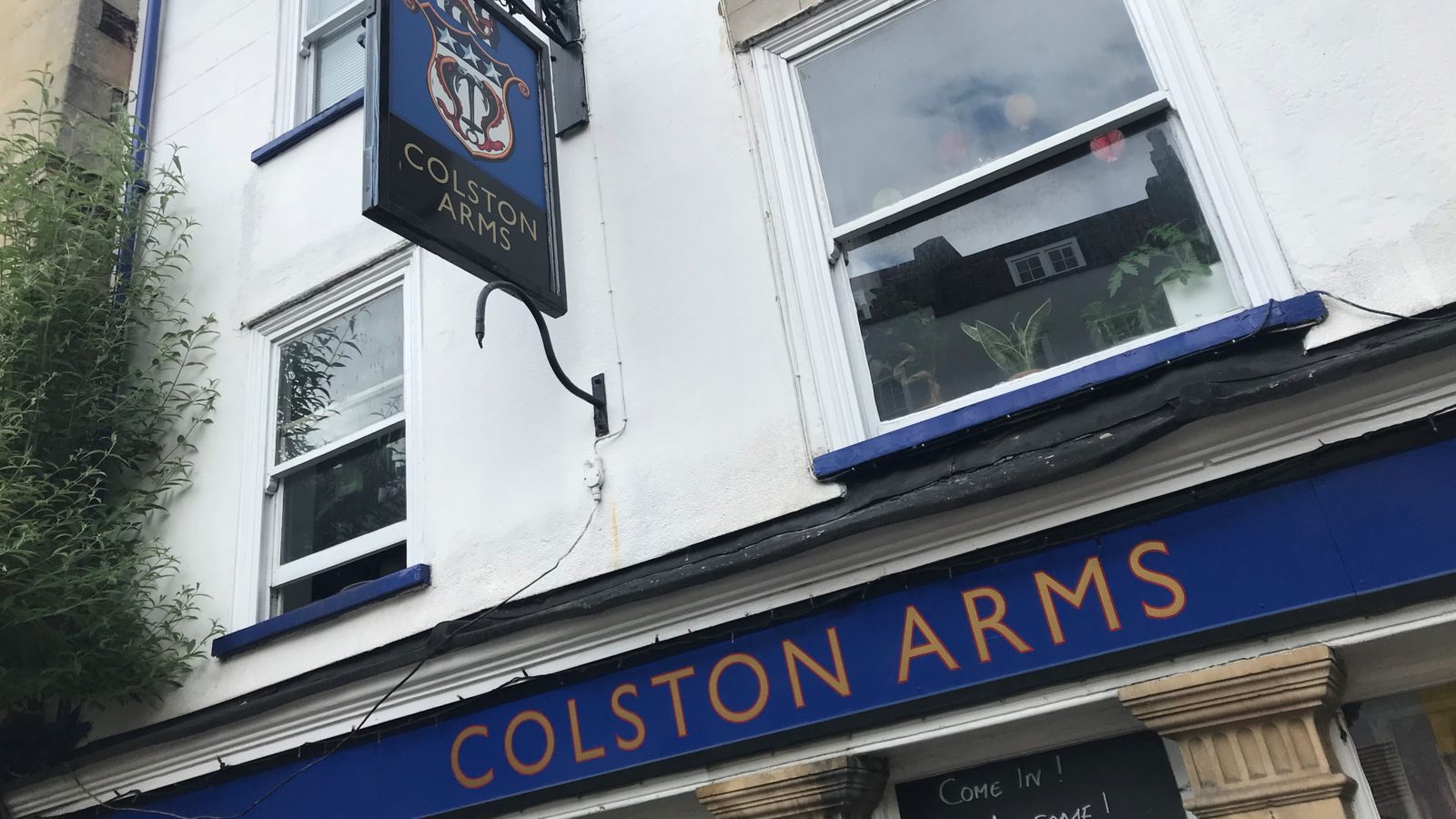 The Colston Arms on St Michael’s Hill has a special place in Bristol’s recent history of race relations, and even played a pivotal role in the US civil rights movement.

During the Second World War, the American authorities attempted to introduce segregation beyond their military units, camps and social clubs.

The Colston Arms, however, refused to accept that black and white soldiers should not be served together – with many American GIs describing their time in Bristol as their “first decent experience of white people”. 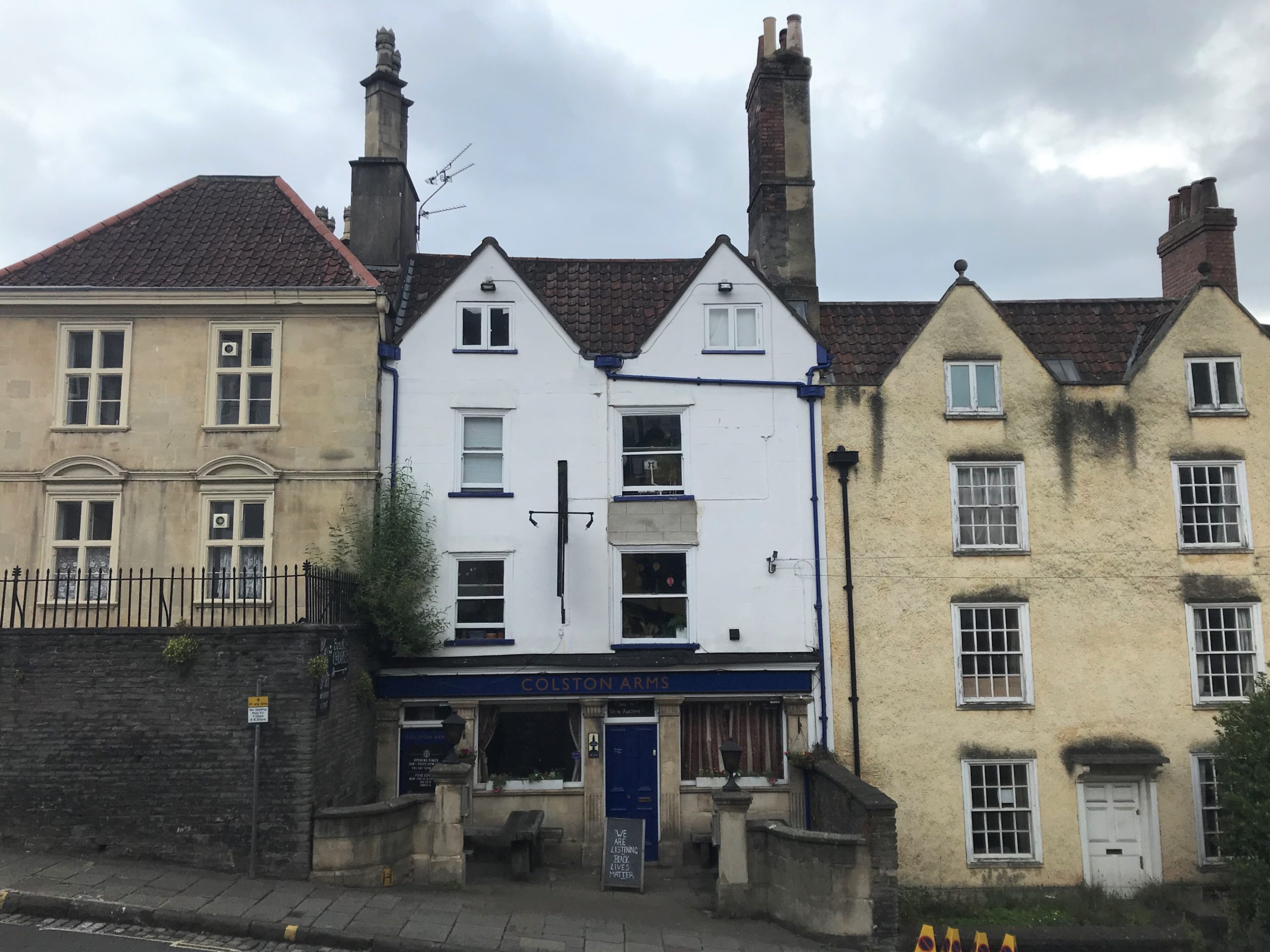 Presenting a BBC documentary in 2015, American-British writer Bonnie Greer: “There should be a blue plaque outside the pub – it was remarkable what happened there.”

Greer added: “The slave trade played a huge role in Bristol’s history but I think that the experience of the GIs in the war was also important and the story should be told. Both sides of Bristol should be taught.”

The Colston Arms’ part in this story has been highlighted – but unfortunately also its association with slave trader Edward Colston because of its name.

The nearby Colston Yard pub on Colston Street was renamed to the Bristol Yard in 2017, but the Colston Arms retains its own moniker – for now.

A simple handwritten sign on the pub, which remains closed due to the coronavirus pandemic, reads: ‘We are listening. Black lives matter’ 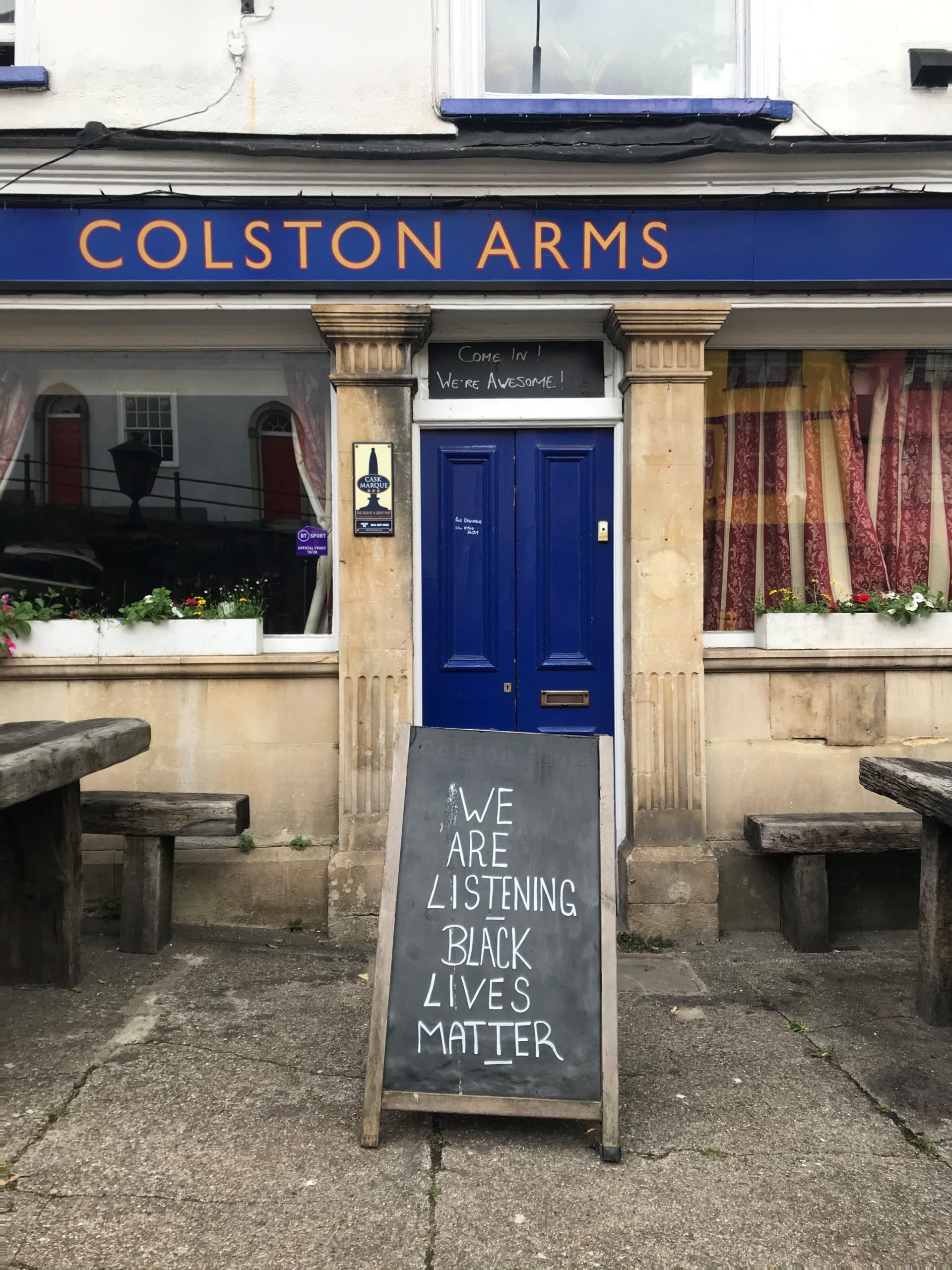 A sign outside the Colston Arms reads: ‘We are listening. Black lives matter’ – photo by Martin Booth

Read more: Pub of the Week: The Colston Arms