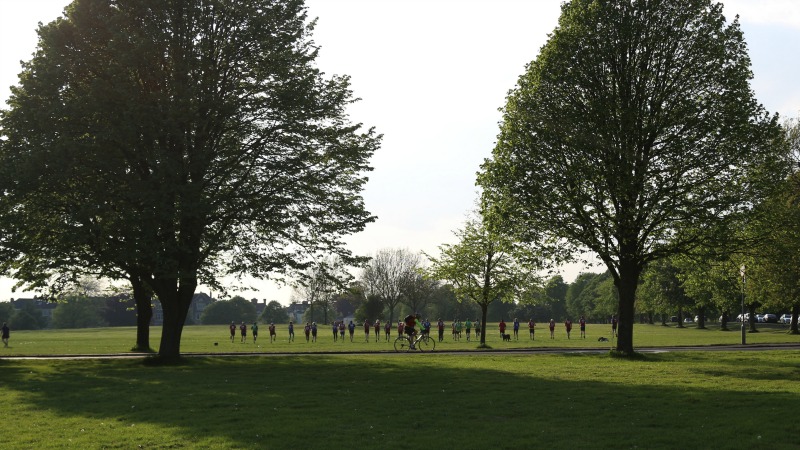 Massive Attack will be playing in Bristol for the first time in 13 years when they headline an all-day outdoor concert on the Downs on Saturday, September 3.

Tickets go on sale at 8am on Friday from Idle Hands record shop on Stokes Croft and Bristol Ticket Shop on High Street. They will go on sale online an hour later.

Primal Scream and Skepta are the first two supporting acts on the lineup, with more to be announced.

“We are curating what we hope will become an annual event something made in Bristol with an international reach,” said Massive Attack’s Robert Del Naja.

“We will also use the project to engage with the important social and political issues of the day.”

Massive Attack’s last big hometown gig was a show in Queen Square on August 25, 2003. Last year the band were due to play at Dismaland in Weston-super-Mare but pulled out due to technical difficulties.

Earlier this year, the Bristol trip-hop legends played 10 dates across the UK and Ireland. They famously refuse to play at the Colston Hall due to its associations with slave trader Edward Colston (when Elbow played in 2013, Del Naja waited in their tourbus because he wouldn’t go inside) but have been spoken of as potential opening night headliners of the new Bristol Arena.

Also earlier this year, Massive Attack teamed up with Tricky for the first time in more than two decades:

September’s show – the first major event of this kind on the Downs in 15 years – is being organised in partnership with Team Love (promoters of Love Saves the Day) and Crosstown Concerts.

Team Love co-founder Tom Paine said: “We’ve been talking with the band for many years now about trying to put a show of this scale on together and it finally feels like the moment is right.”

Tickets, priced £37.50, will go on sale at 8am on Friday, May 20 from Idle Hands and Bristol Ticket Shop to personal callers only. At 9am tickets will go on sale online via tickets.massiveattackbristol.co.uk, Songkick.com, Seetickets.com, Gigantic.com and Bristolticketshop.co.uk. There will be a limited number of reduced price tickets at £25 available to anyone unemployed or on income support. Tickets are restricted to six tickets per person/per billing address.