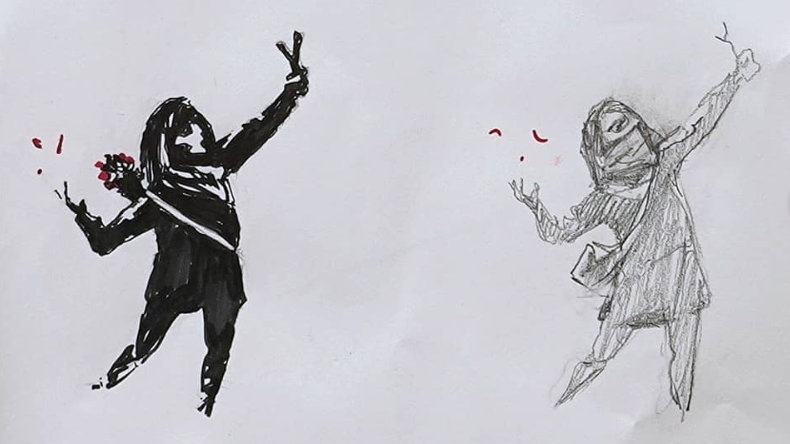 Banksy has revealed in an Instagram post that he is “kind of glad” that his latest piece in Barton Hill got vandalised.

“The initial sketch was a lot better,” he added.

. I’m kind of glad the piece in Barton Hill got vandalised. The initial sketch was a lot better..

The elusive Bristol street artist also shared some original drawings for the piece on Marsh Lane which appear to put an end to speculation that the work showed the girl from Girl With Balloon shooting down the balloon causing it to explode.

Instead, an early sketch for the stencil of the girl shows her with a sheaf of flowers on her back, some of which she perhaps then fired from her catapult onto the wall in Barton Hill. 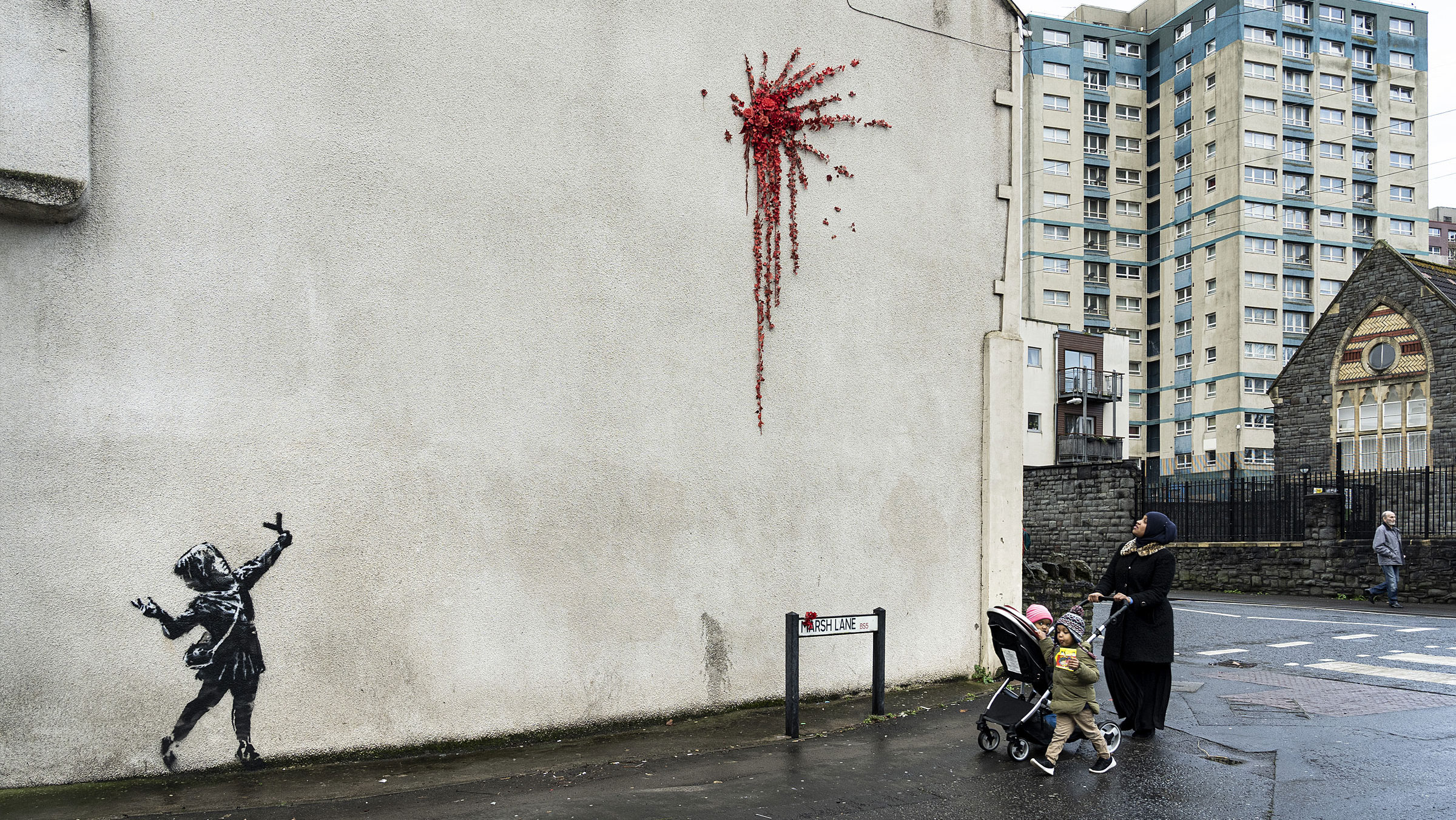