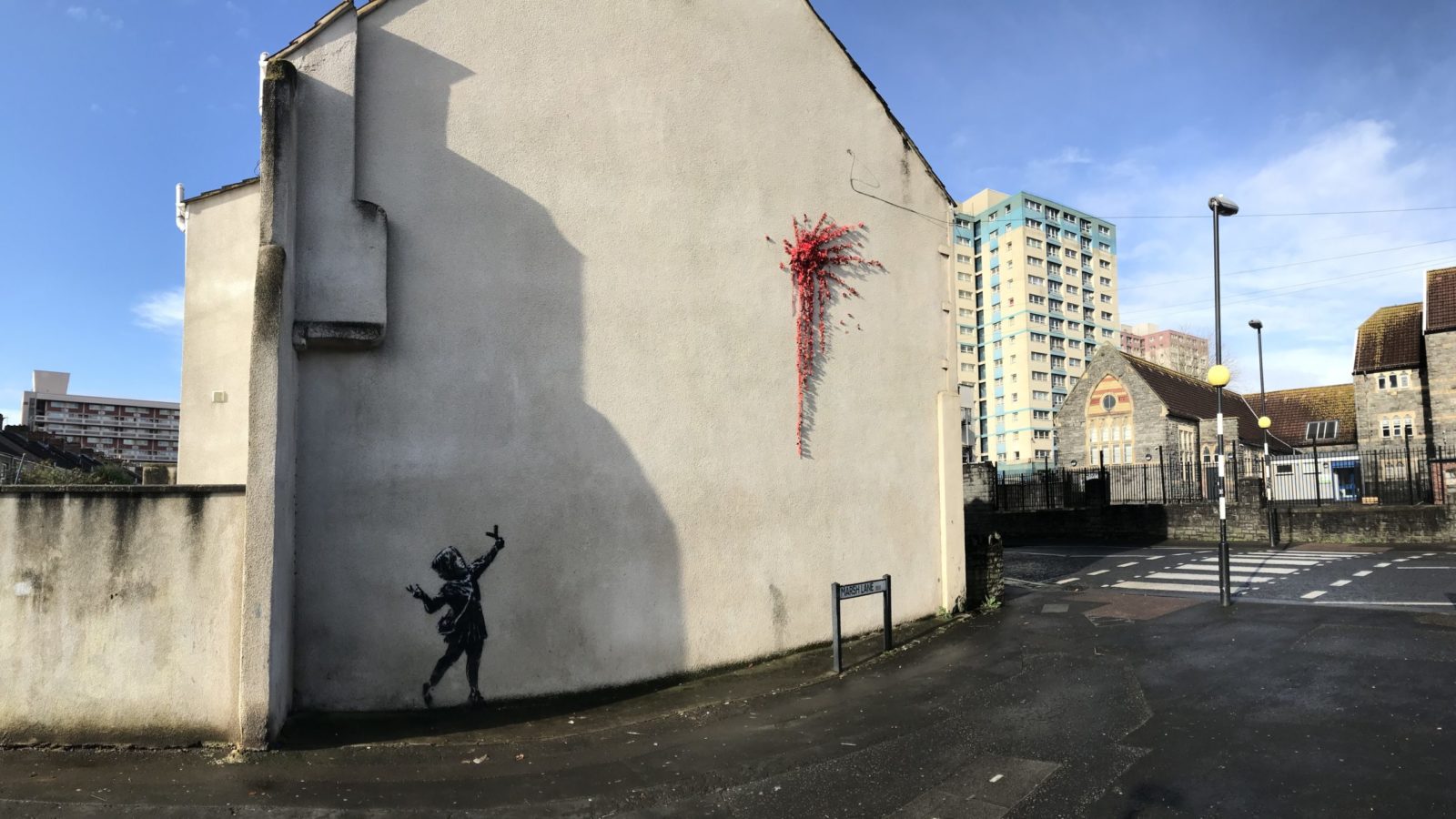 “Is it?” shouted a van driver as he pulled up next a new piece of street art that has appeared overnight in Barton Hill.

He asked the question that everybody gathered with their camera phones on the pavement was also asking: is it a new Banksy? Or is it the work of an artist with a similar style such as JPS?

The work on the side of a house on the corner of Marsh Lane and Avonvale Road appears to be a Valentine’s Day-themed piece.

A young girl wearing a satchel uses a slingshot to fire what at first glance seems to be paint but a closer look reveals to be red roses  splattered against the wall. 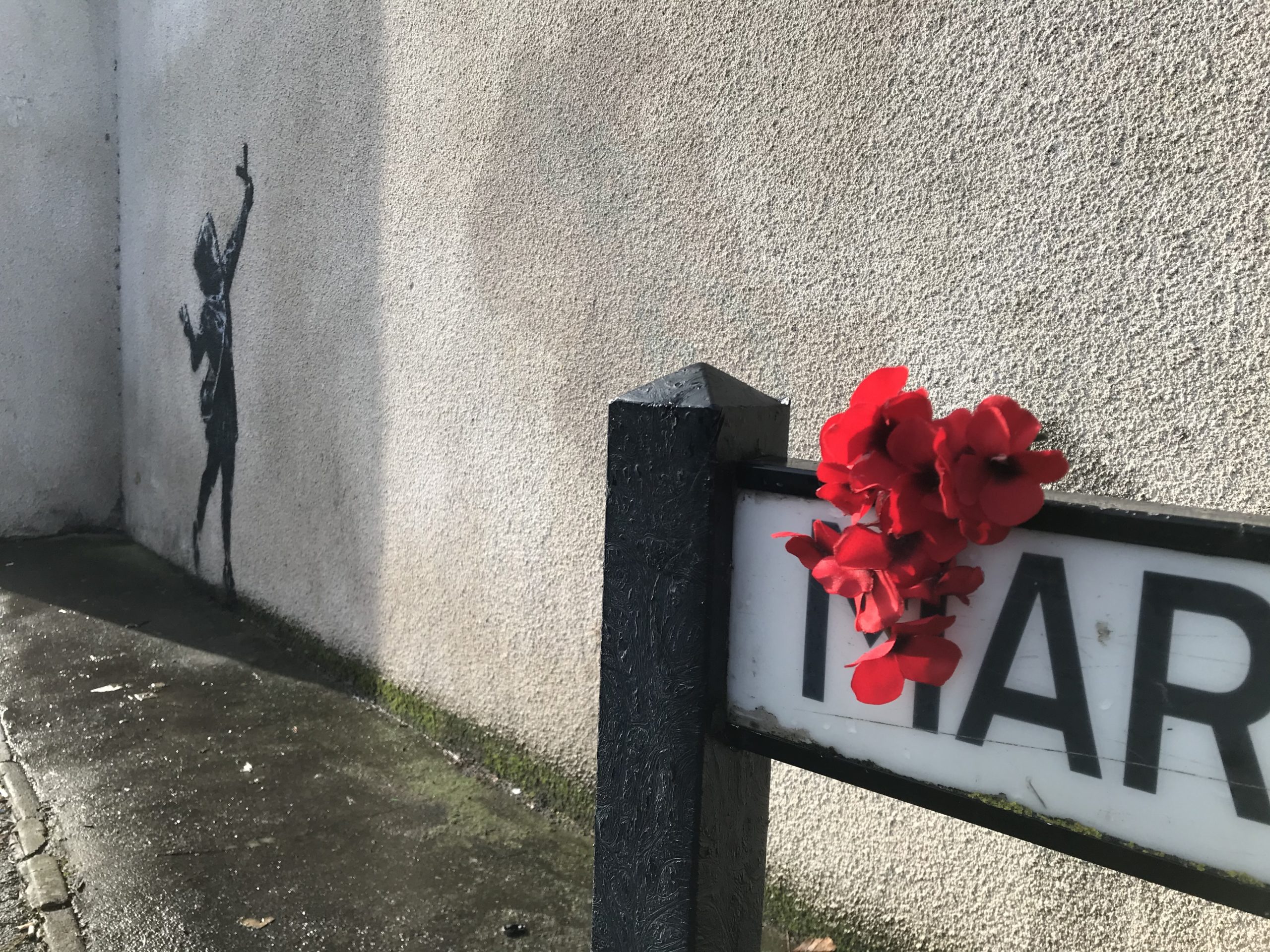 On Thursday morning, Bristol24/7 rang the doorbell of the house the work has appeared on but there was no answer.

Opinion is split as to whether Banksy was behind the artwork, with the piece not yet appearing on his official website – always the definitive mark of authenticity.

But is it by Banksy?

One clue as to the work being by Banksy is that the elusive Bristol artist once painted at the nearby Barton Hill Youth Centre. His most recent work appeared on a wall in Birmingham soon before Christmas.

JPS, from Weston-super-Mare, is best known in Bristol for his works including the girl on a swing above Bristol Fine Art on Park Row, and two girls with hats on exchanging money on Frogmore Street near Sergio’s restaurant. 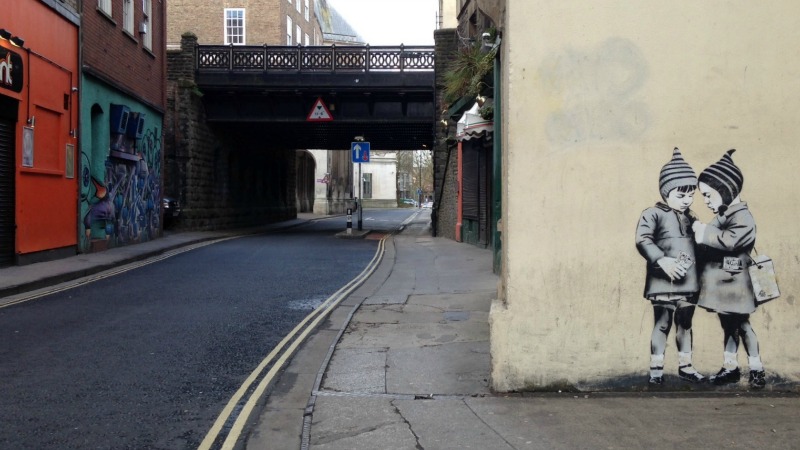 JPS’ stencils, like this on Frogmore Street, seem to be crisper than the new work in Barton Hill – photo by Martin Booth