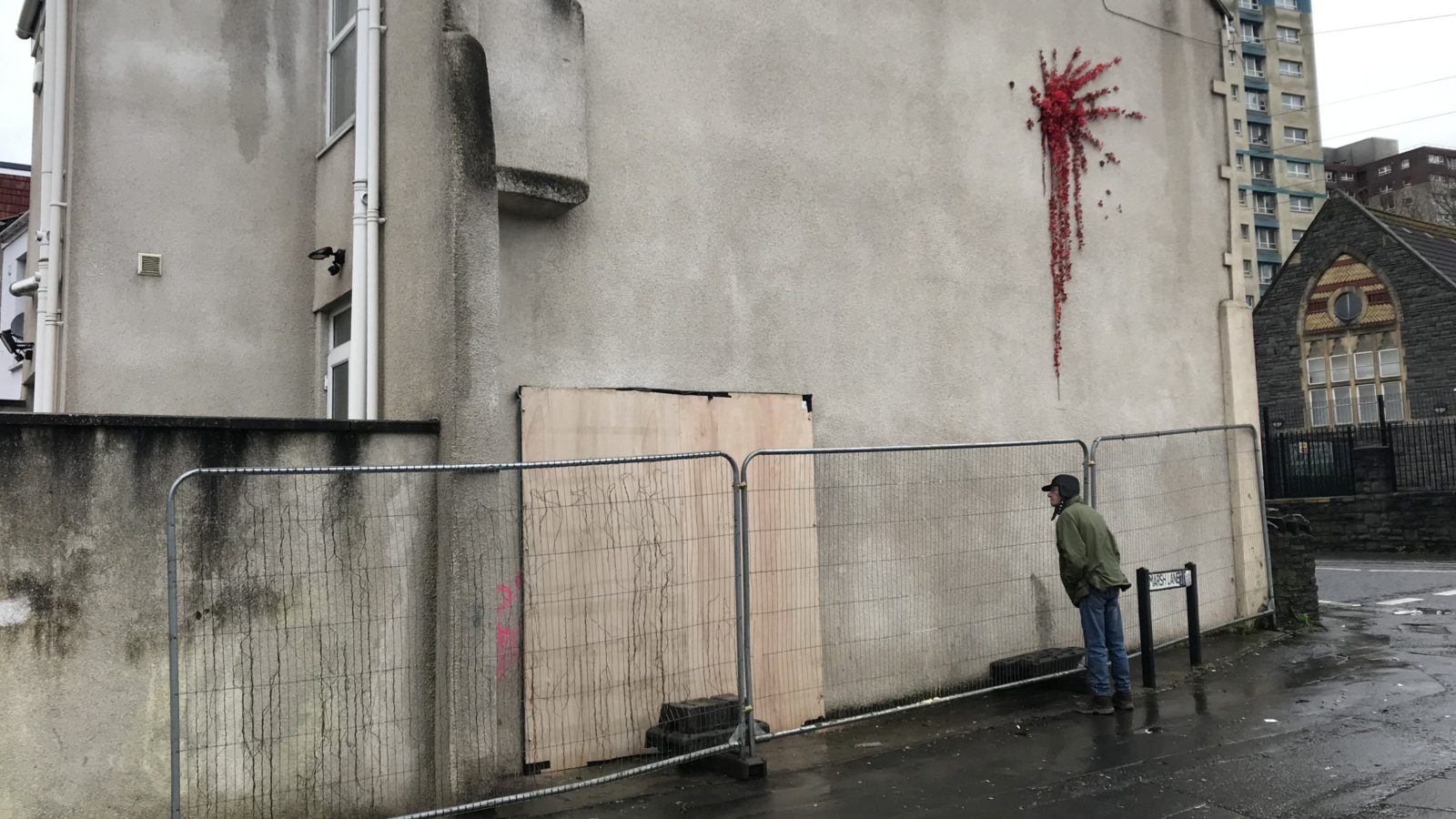 The new Banksy artwork in Barton Hill has been hidden from view as quickly as it appeared.

Officially confirmed to be a Banksy original on Valentine’s Day, the next day it was tagged in pink spray paint with the words ‘BCC wankers’.

Could the tagging be a reference to Bristol City Council? Was the perpetrator not a fan of people who blind copy their emails? Or do they have a grudge against the British Chamber of Commerce?

It is believed that the tagging happened in the early hours of Saturday morning, despite local residents attempting to protect the work with a perspex sheet.

On Saturday afternoon, workmen arrived to board up the artwork and erect a metal fence in front of the building on the corner of Marsh Lane. 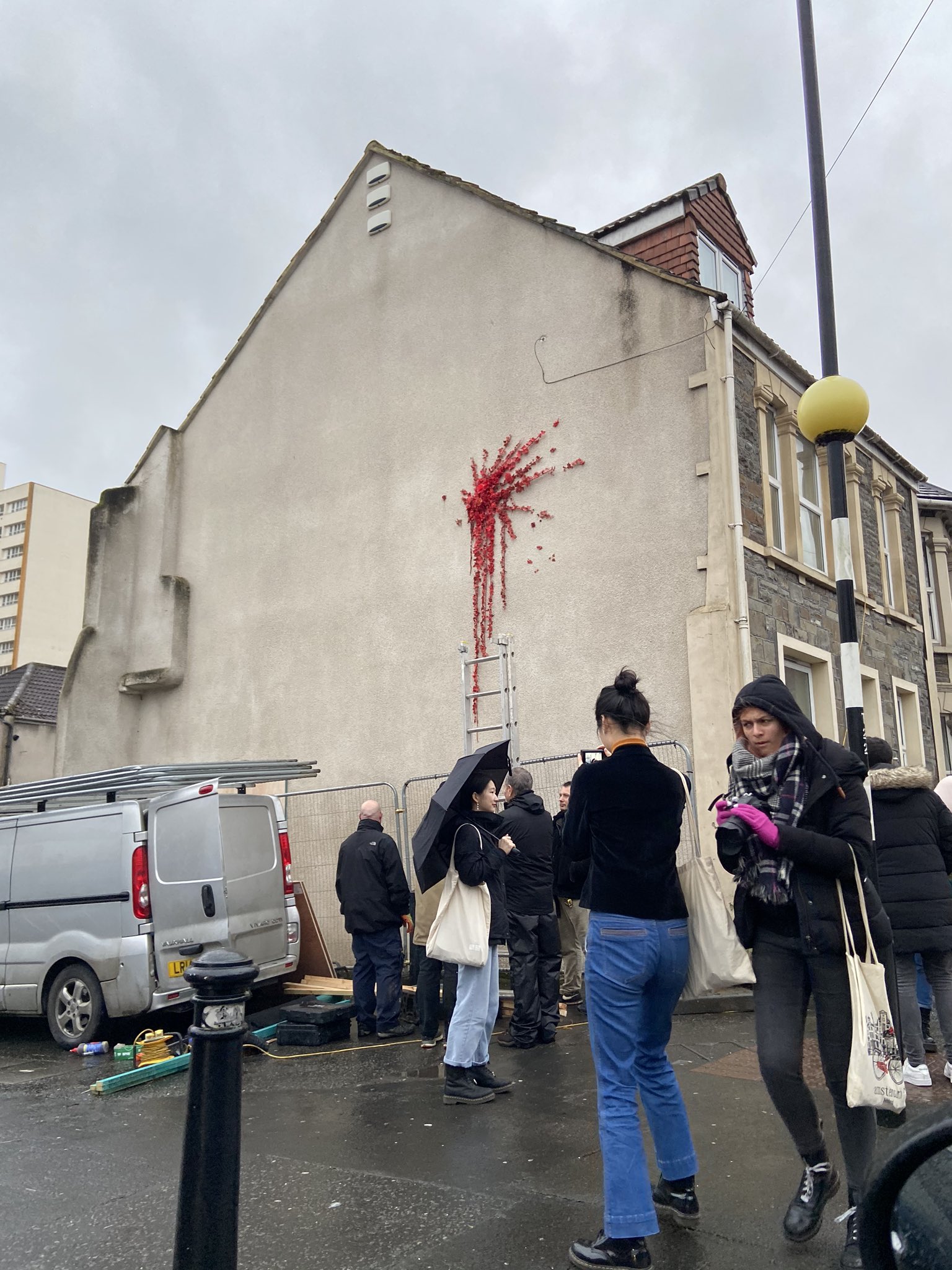 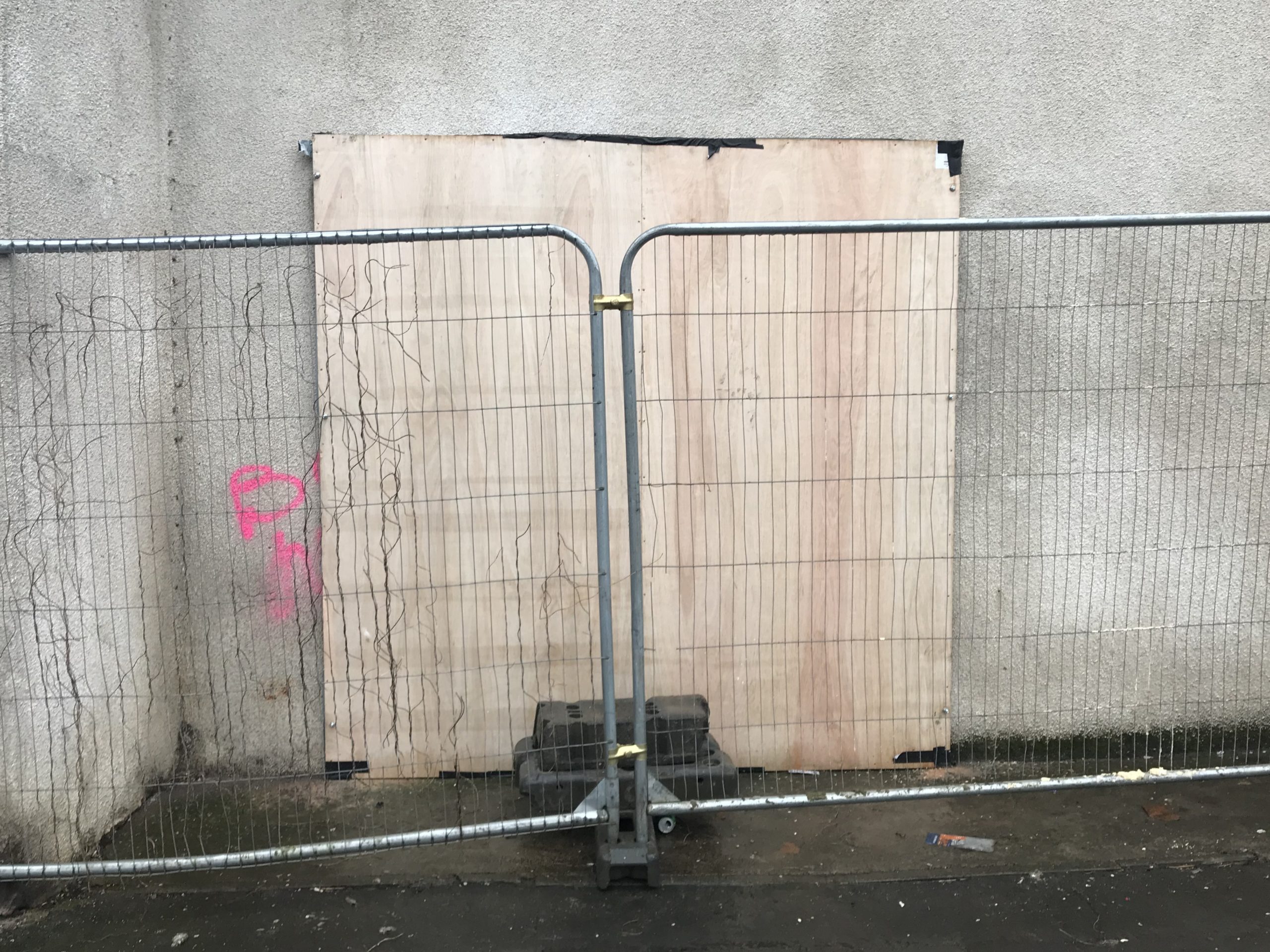 Banksy’s stencil is now hidden, with the tagging just able to be seen – photo by Martin Booth

Banksy cut his graffiti teeth alongside the likes of Inkie and Cheo at the former Barton Hill Youth Centre, which has since become a boxing club.

Some of his work still survives on the walls there, unlike this latest piece of his just a few hundred yards away.