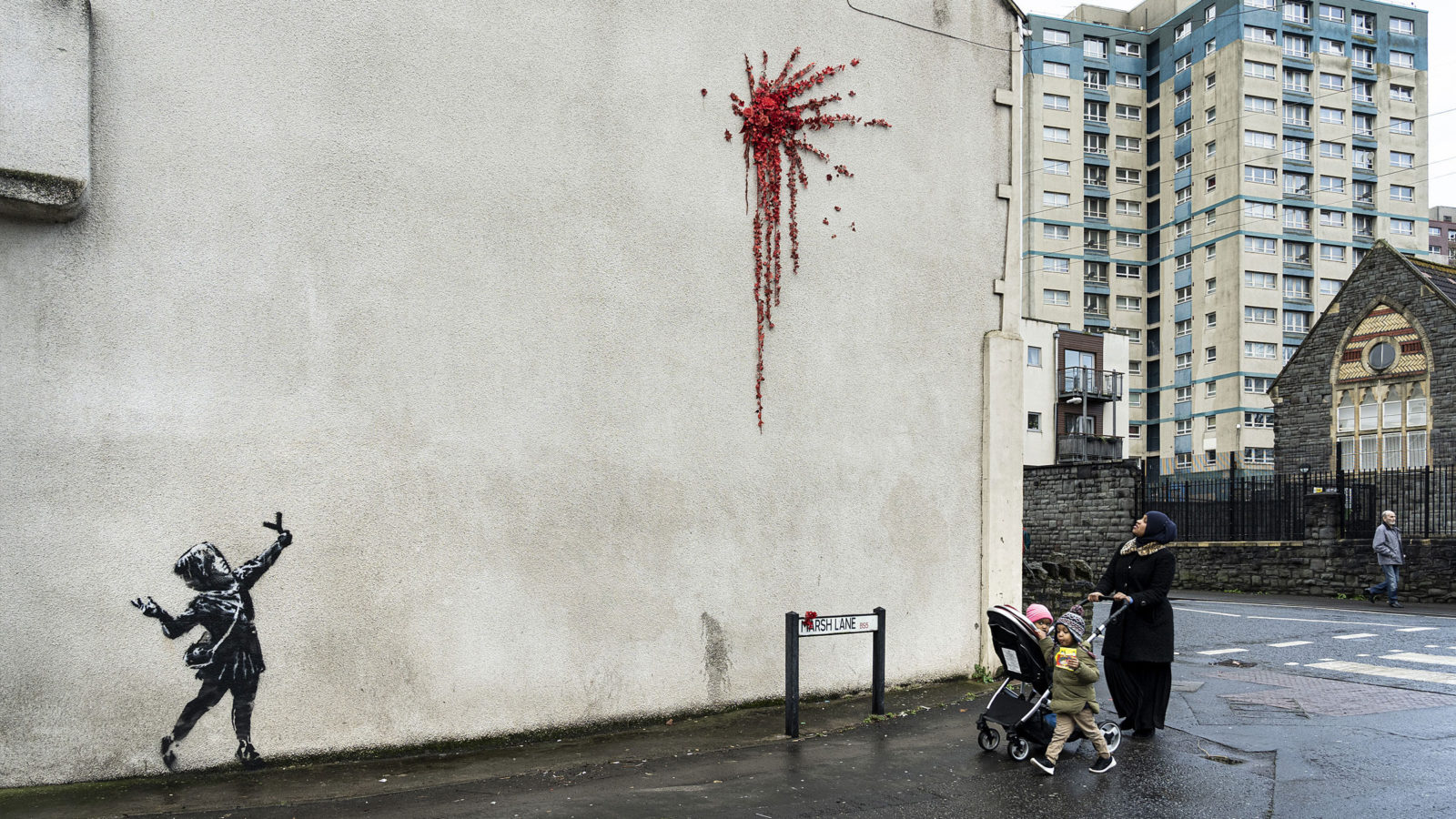 With a photograph published on his official website and Instagram account, Banksy confirmed that he created the artwork that appeared in Barton Hill on Thursday morning.

Speculation was rife that the elusive artist had returned to one of his old stomping grounds, with Banksy earning his painting spurs at Barton Hill Youth Centre.

Similar to his modus operandi with Hanging Man at the foot of Park Street, Banksy had erected scaffolding on Marsh Lane under which the artwork was secretly created.

It contains hundreds of individual red flowers in what appears to be a reference to Valentine’s Day, with the solitary female figure also similar to Girl With Balloon, one of his most famous works.