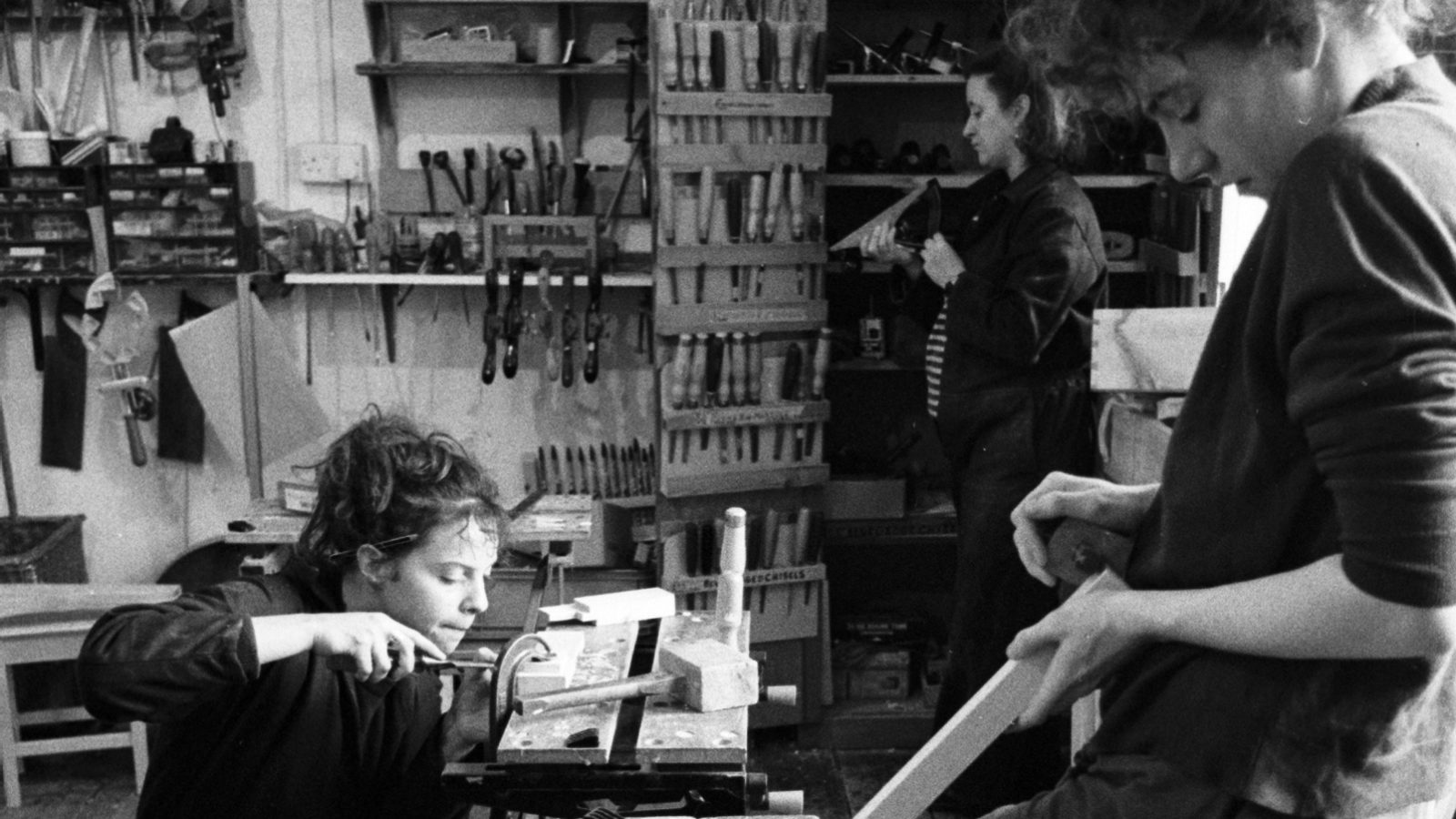 I captured these images, a visual journey through my personal and professional life, while living in Bristol between 1982 and 2002.

By 1983 my hobby had become a career. My passion for photographing people, and inspiring others who may not have access to photographic equipment and skills, informed my practice as a freelance photographer and teacher.

Part memoir, part nostalgia, part social history, Bristol and Me consists of personal pictures and projects, commissions, and images from my freelance practice documenting community groups throughout the city.

This book is a map of my first 20 years in Bristol, a city that has become my home.

I began taking pictures to record and locate this particular home, place, part of me, to make a physical representation of my mental and emotional map; here was my home, this was my space, these were my friends, this is who I was. 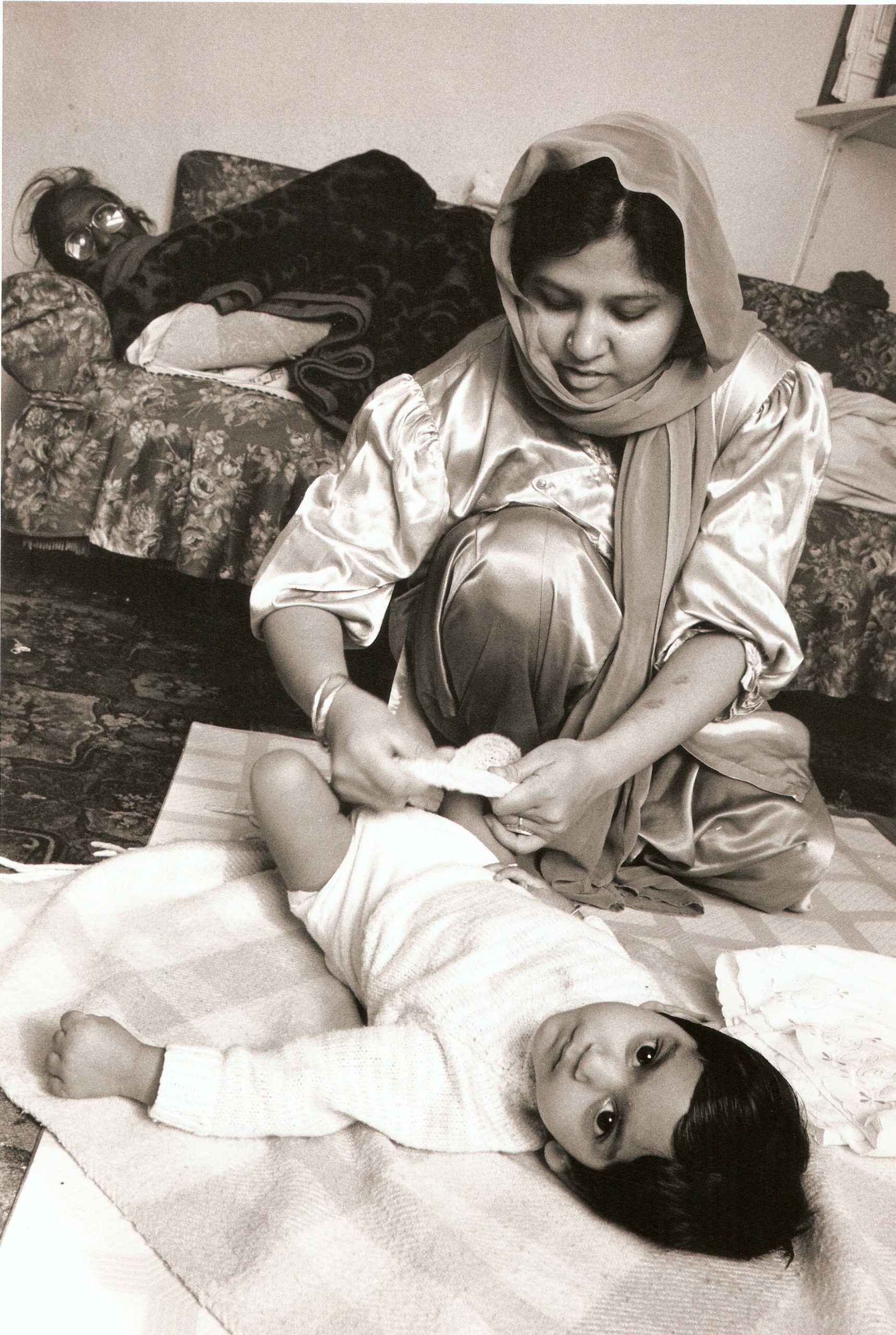 Taken as part of Unpaid Carers, A Hidden Workforce, a month-long project in 1991 commissioning four photographers to make visible this hidden workforce and raise awareness of their problems amongst health professionals. The photographers immersed themselves in the lives of the carers as a form of action research.
The project produced a touring exhibition and a training pack aimed at healthcare professionals and students. I was privileged to share peoples’ lives as I become one of the project photographers and collaborated with carers to represent their lives. 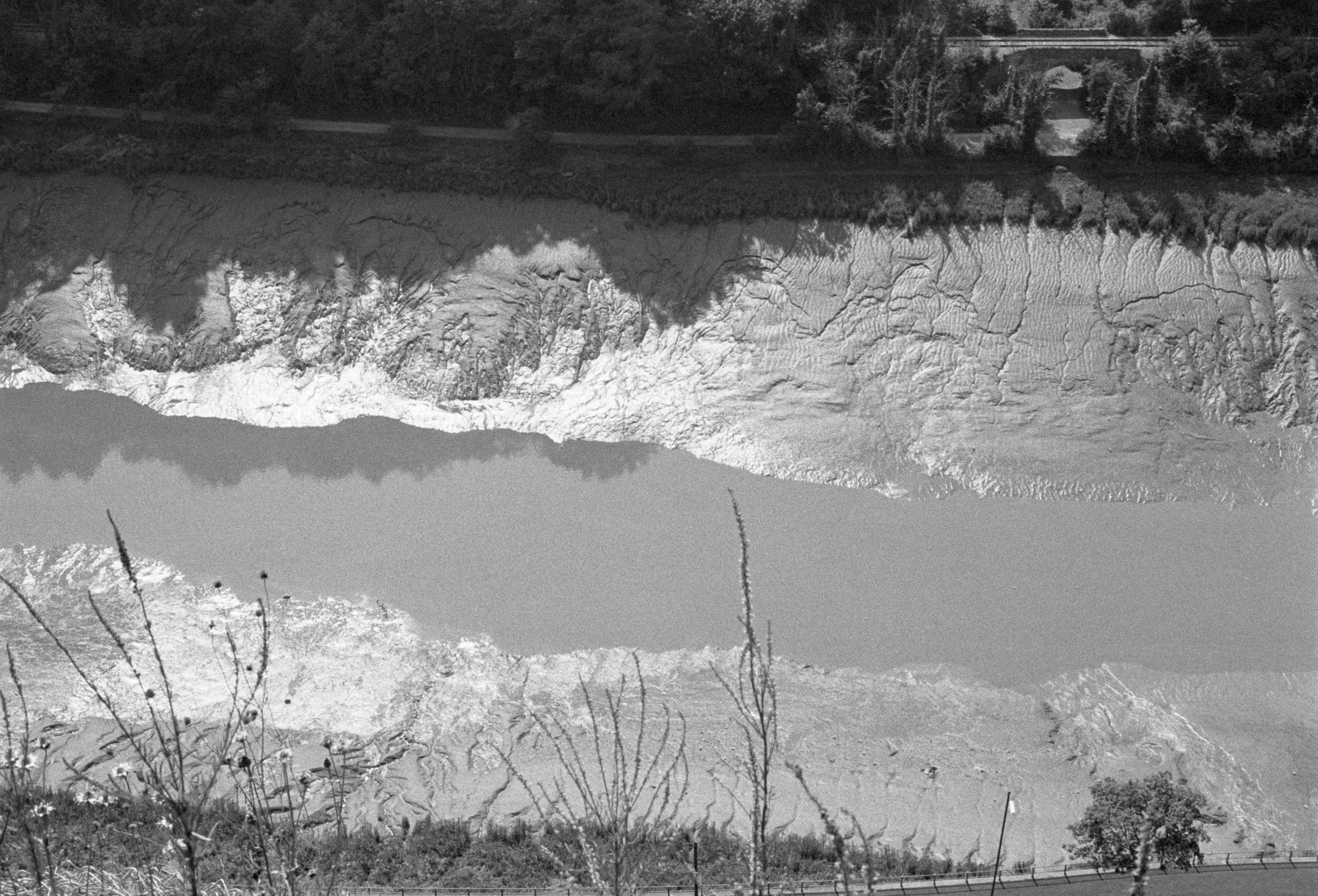 A view of the River Avon and the entrance to Nightingale Valley from the Clifton Observatory, circa 1981 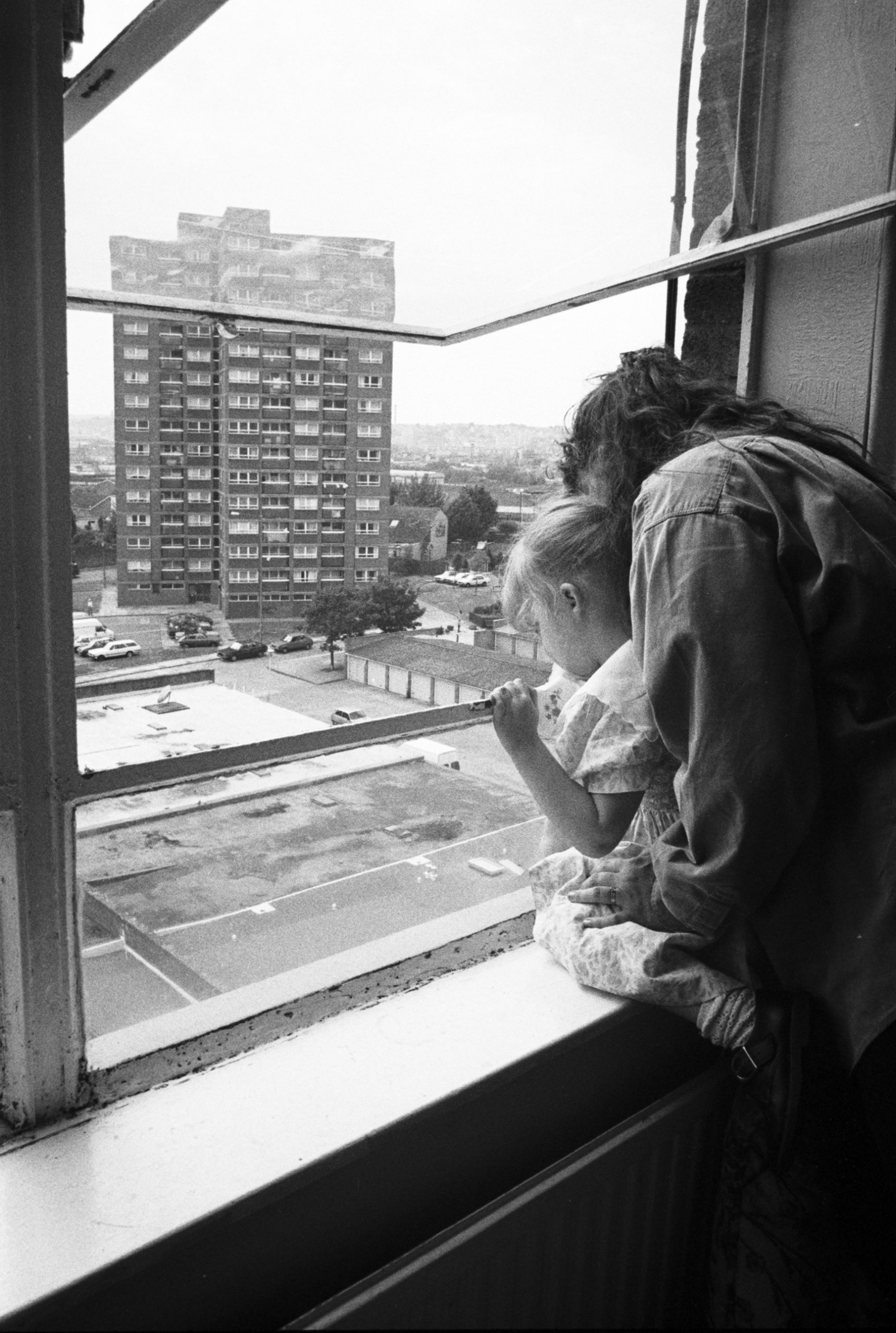 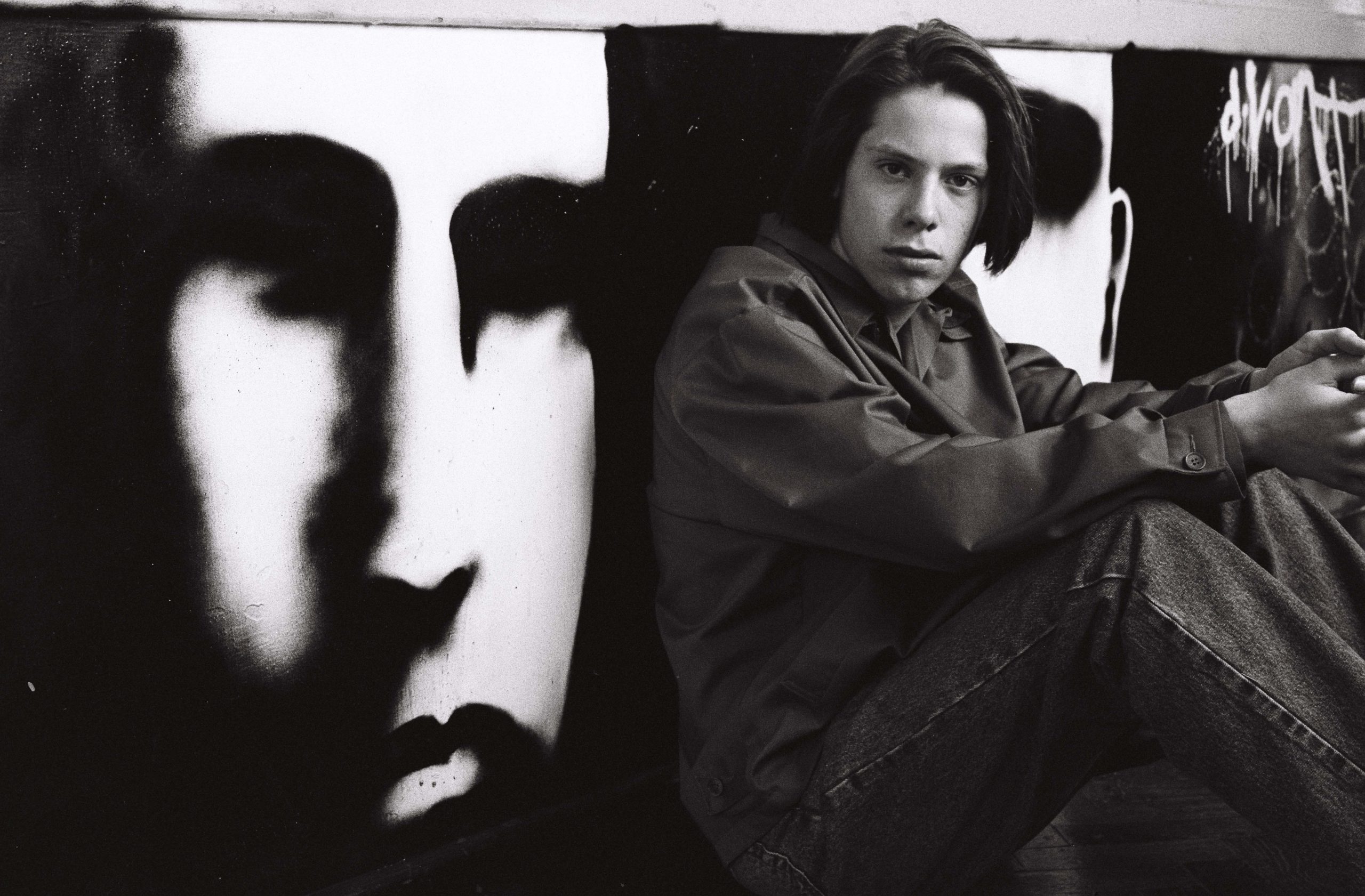 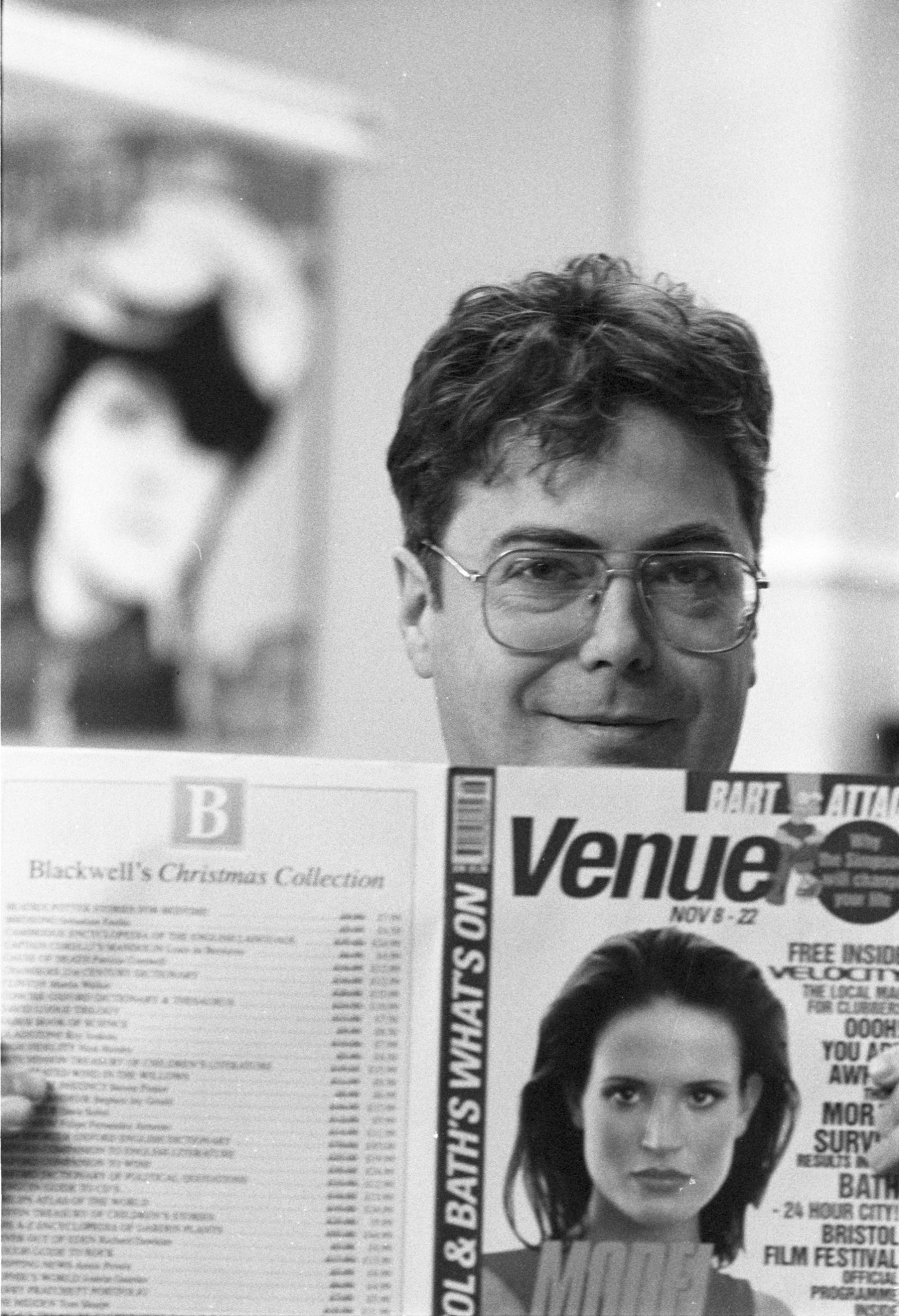 Dave Higgitt, ex-editor of Venue Magazine “in all his tousled glory” as a good friend once said 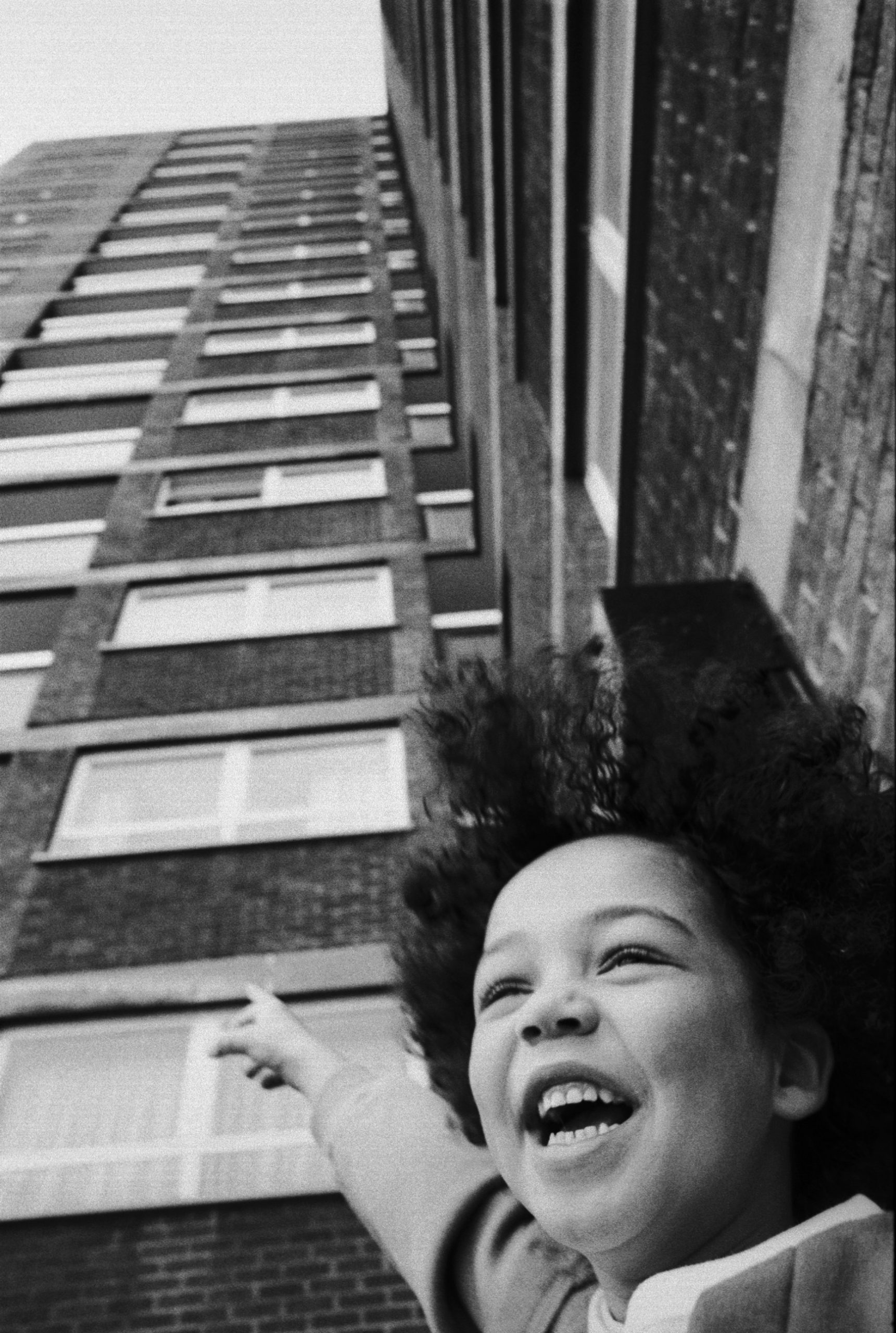 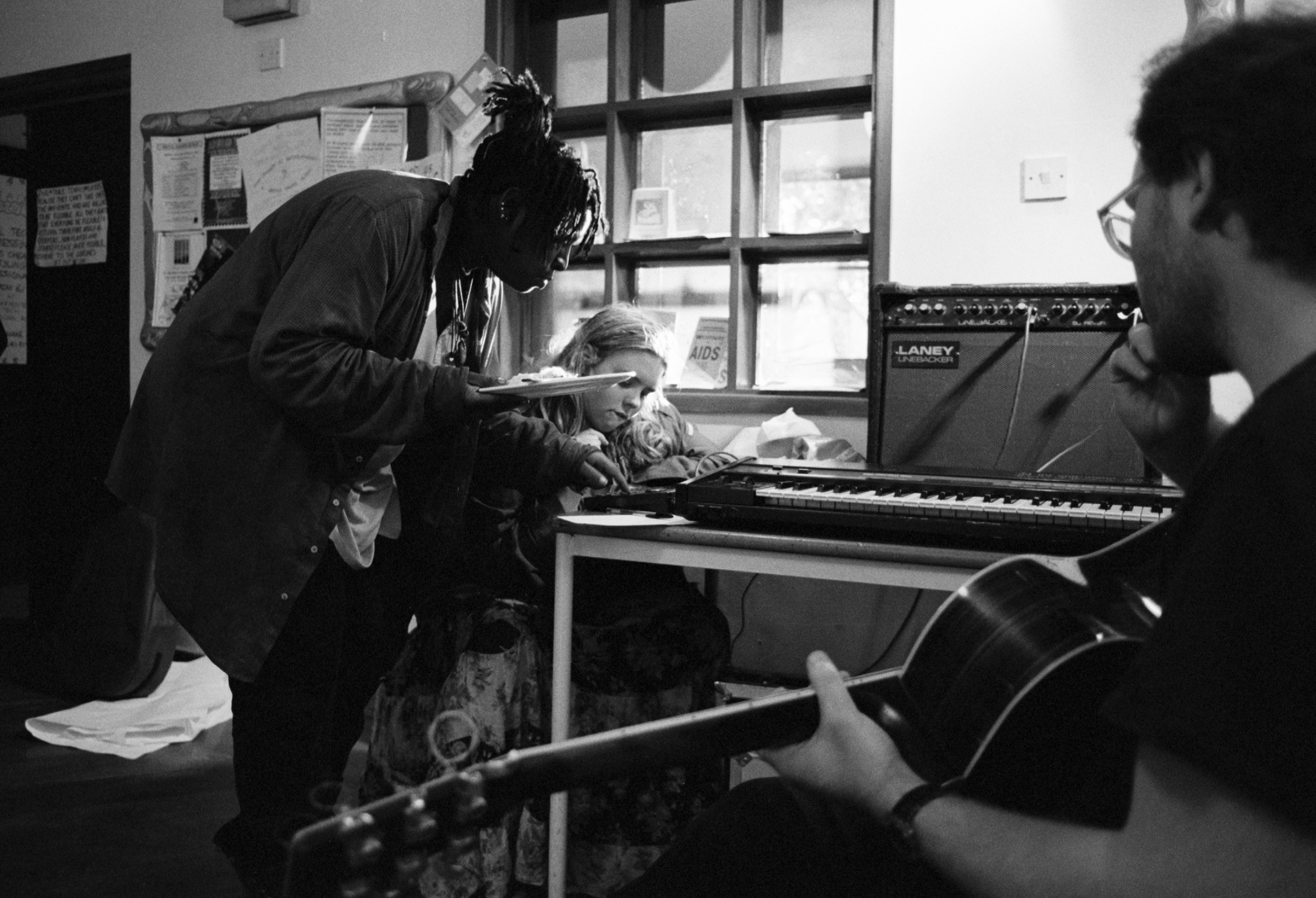 The wonderful and long-running ACTA at Bristol Cyrenians day centre, a support centre for people with a wide range of needs, in 1994 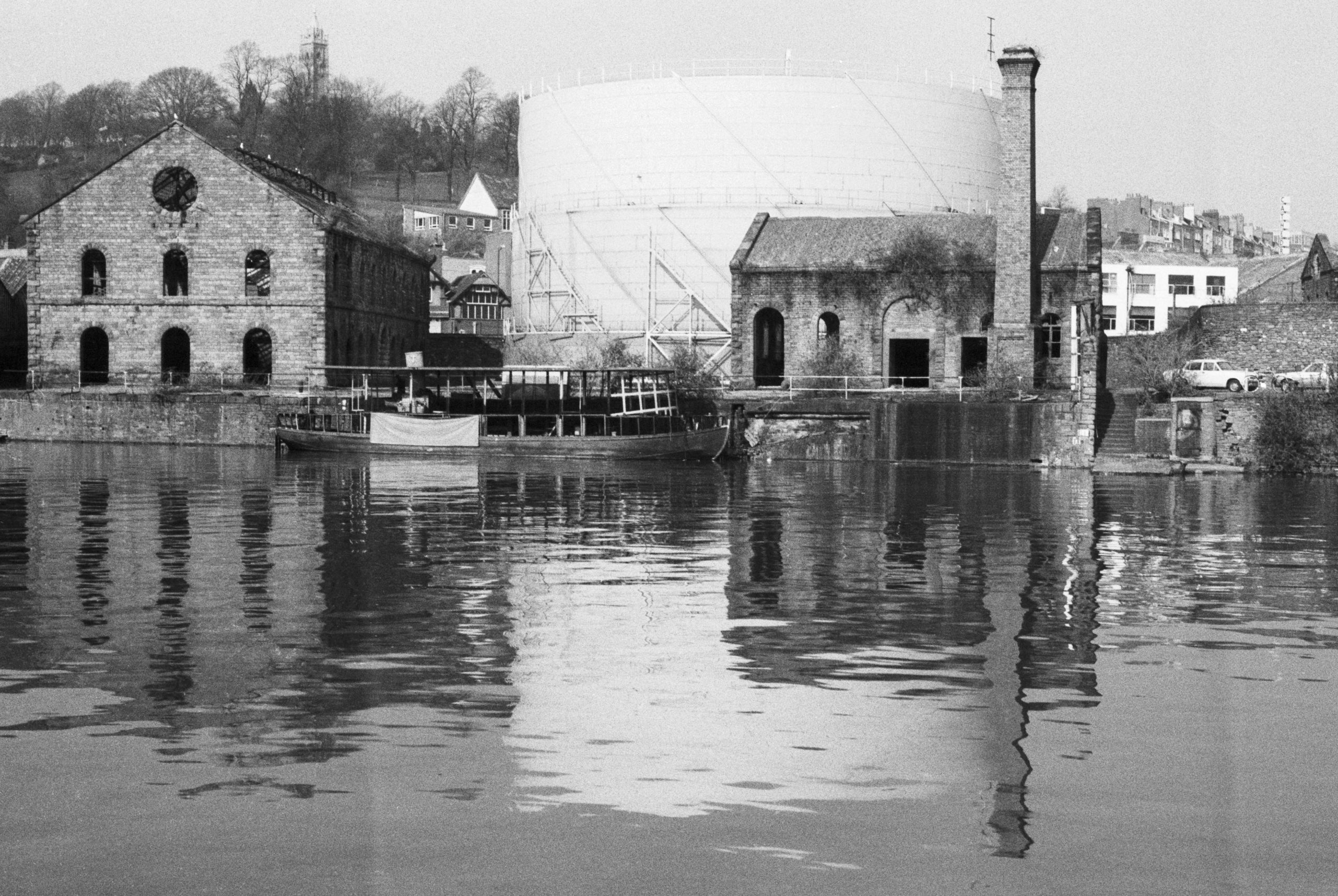 The old gas works at Bristol docks in 1981 – now Brandon Yard. Taken when I was visiting Bristol before I moved here 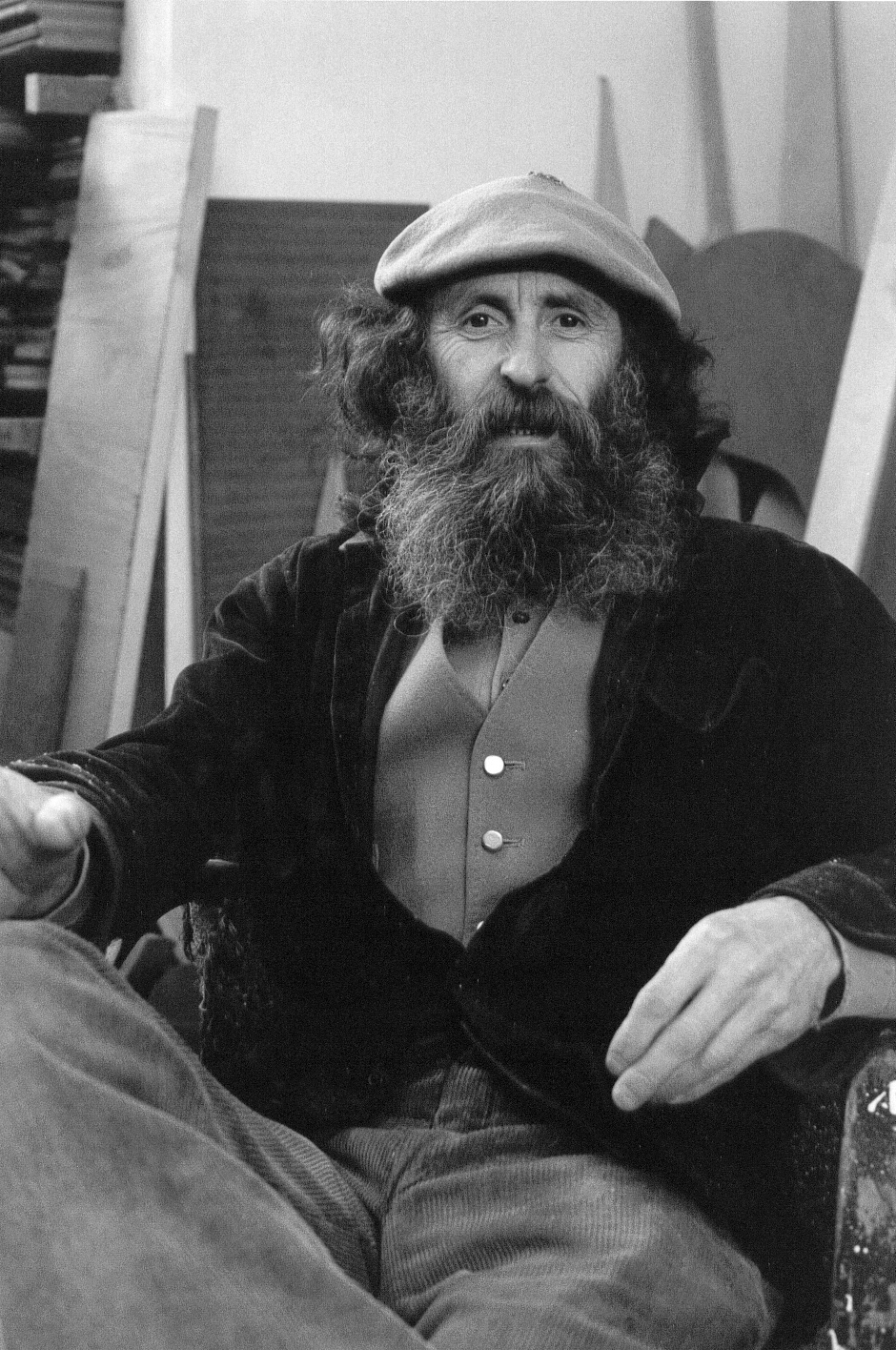 Graham Caine established the Bristol Gnomes when he moved to Bristol in the 1980s. Inspired by Gaudi and wielding a chainsaw, he set about creating charming and quirky ‘gnomework’ structures and interiors in Bristol and in several other locations in the West Country. 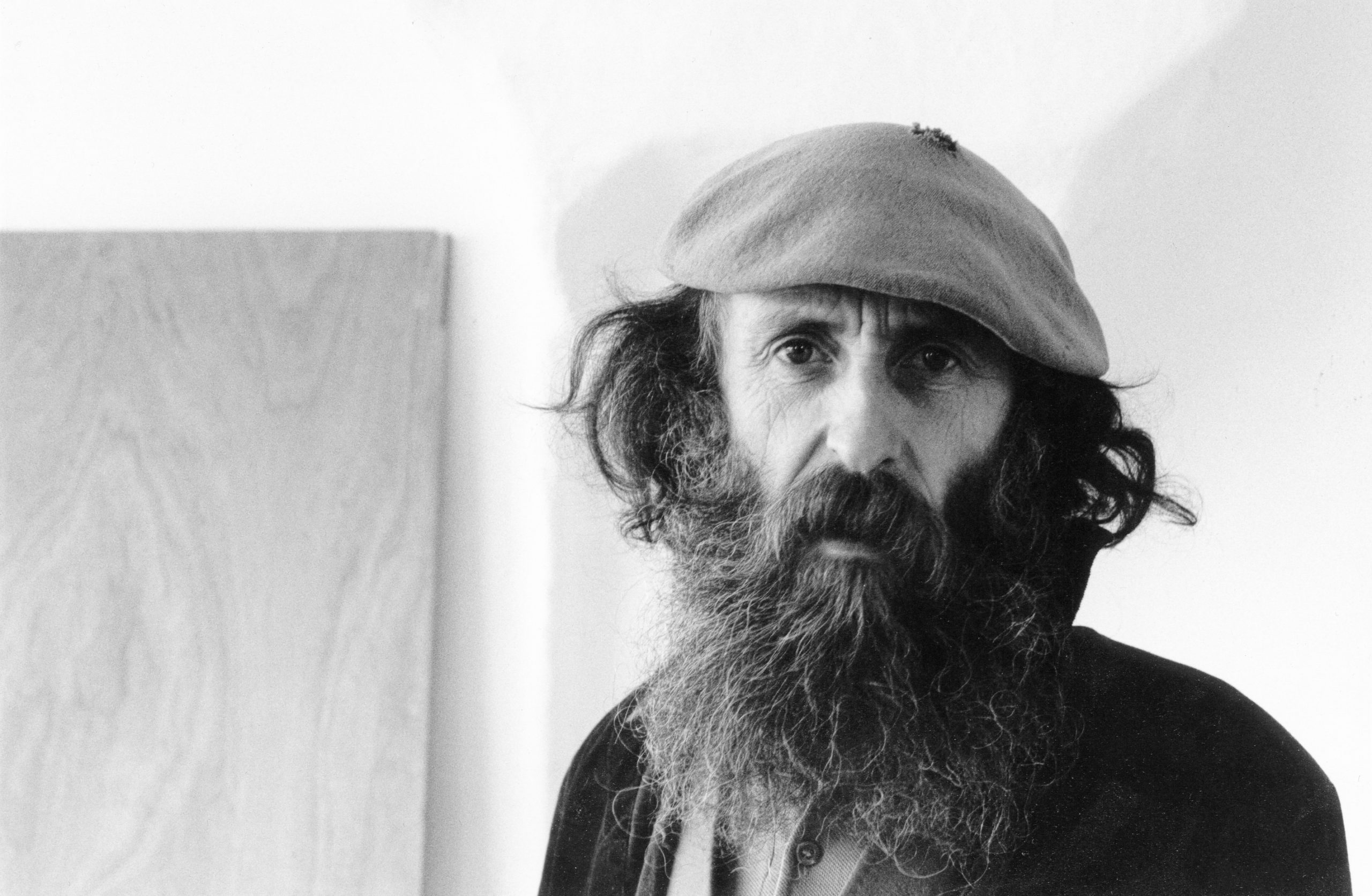 St Werburgh’s City Farm Cafe was constructed in 1985 and opened with a launch party featuring Wild Willy Barrett and other musicians playing on a variety of ‘gnomemade’ wooden instruments. Graham’s self-build house still intrigues passers by on Boiling Wells Lane in St Werburgh’s. 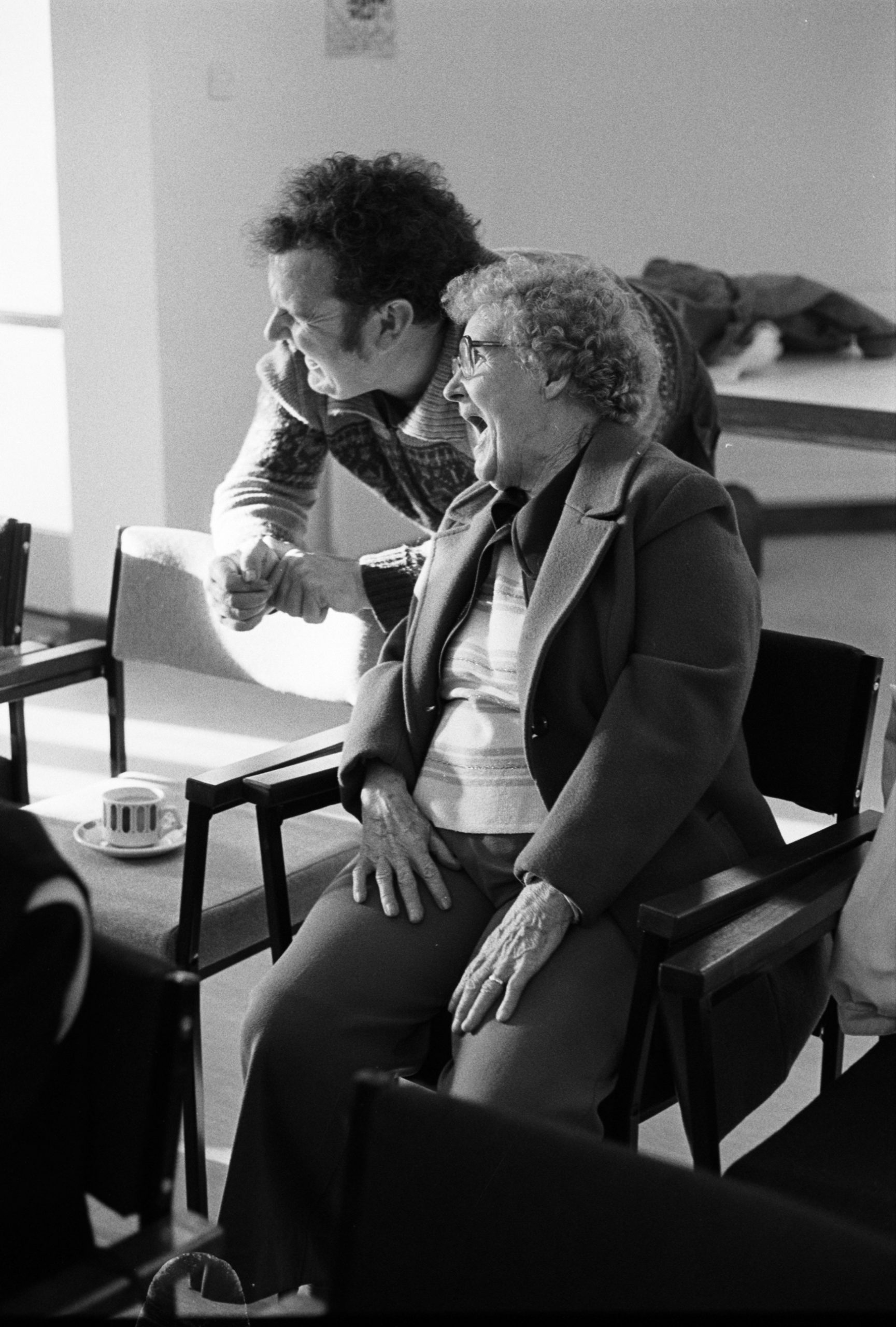 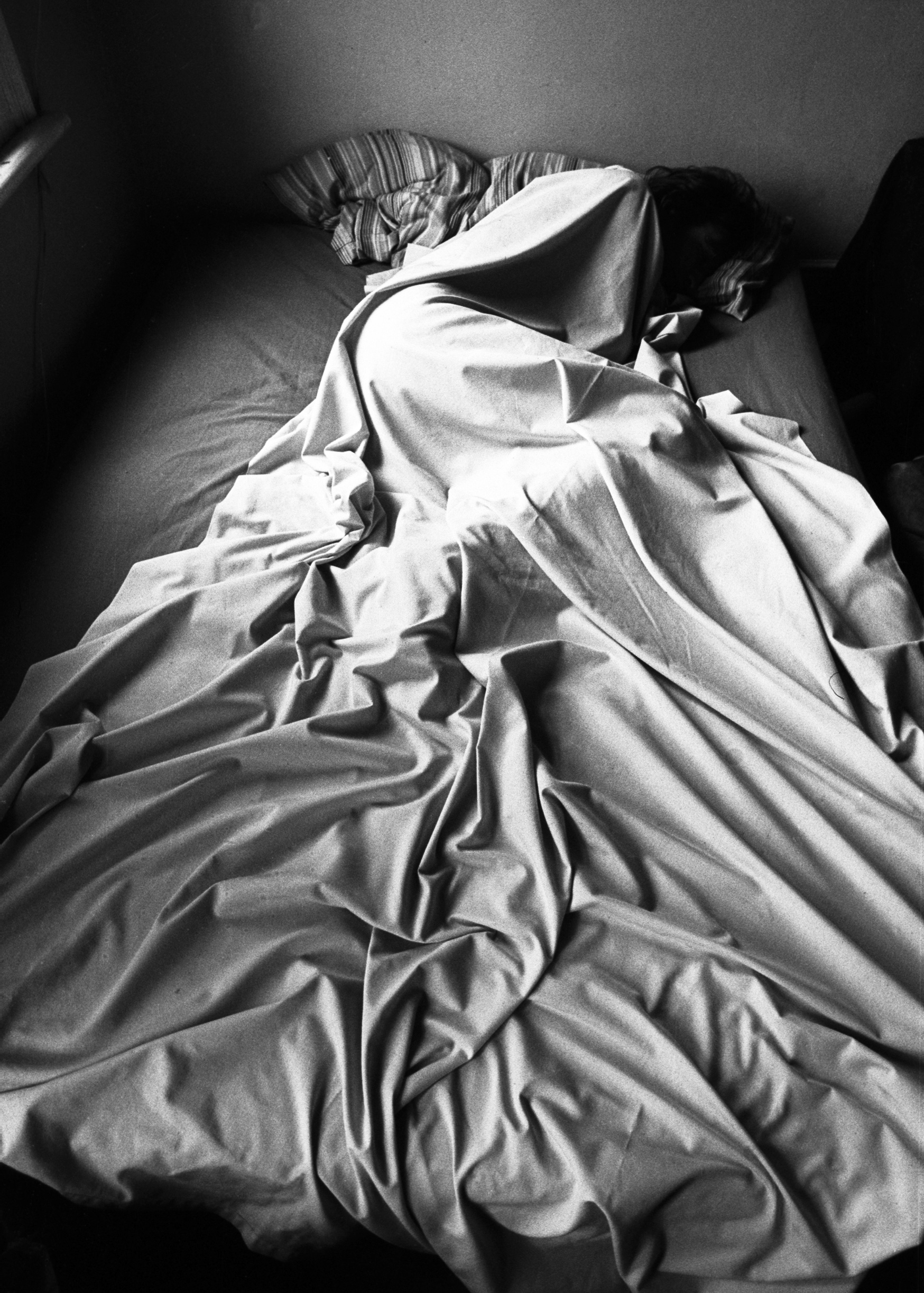 My boyfriend, John, in bed at our house in Lime Road, Southville in 1982, shortly after moving to Bristol. One of a few personal pictures in the book 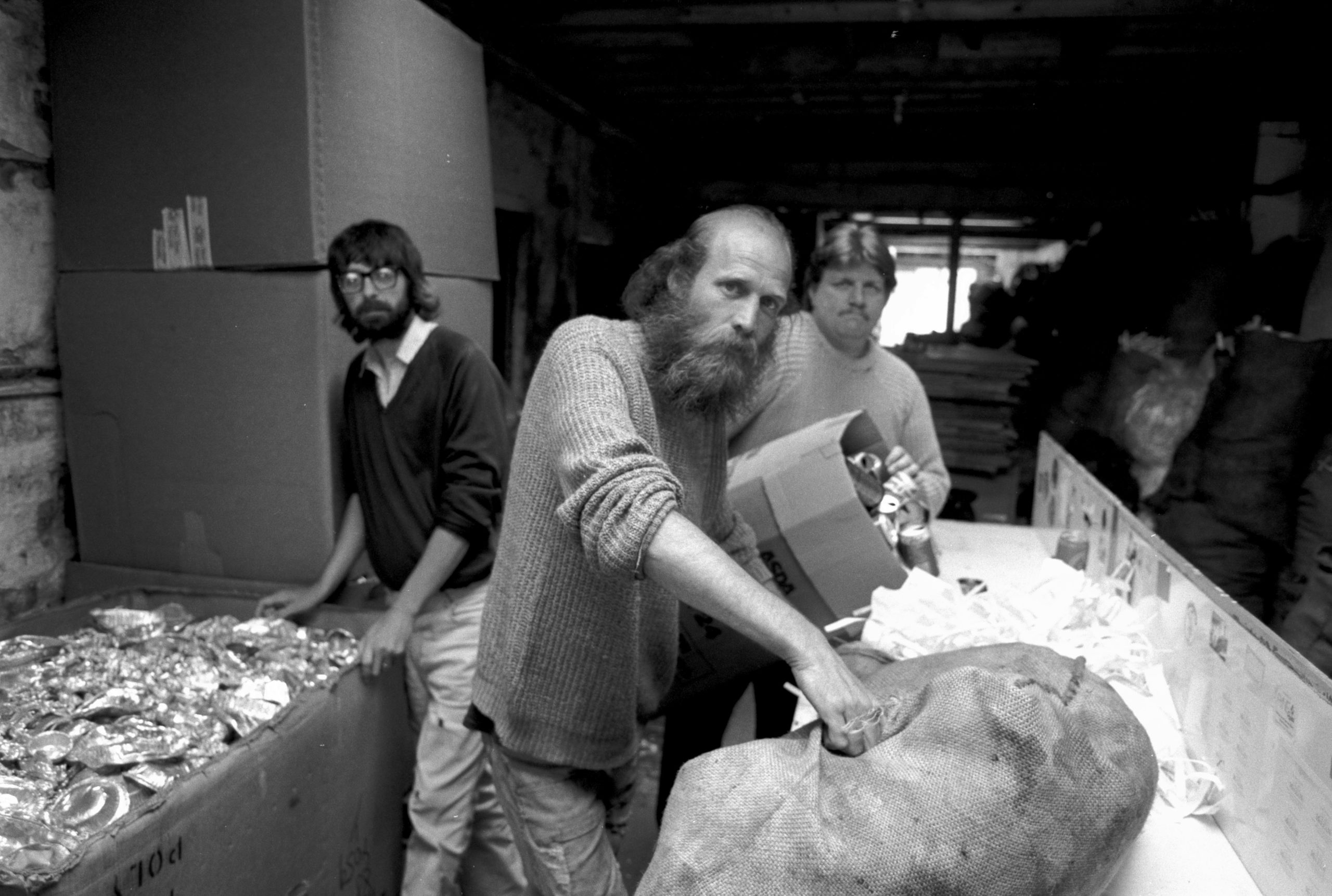 Kingswood’s Friends of the Earth sort recycling. Photographed for the Co-operative Development Agency 1990 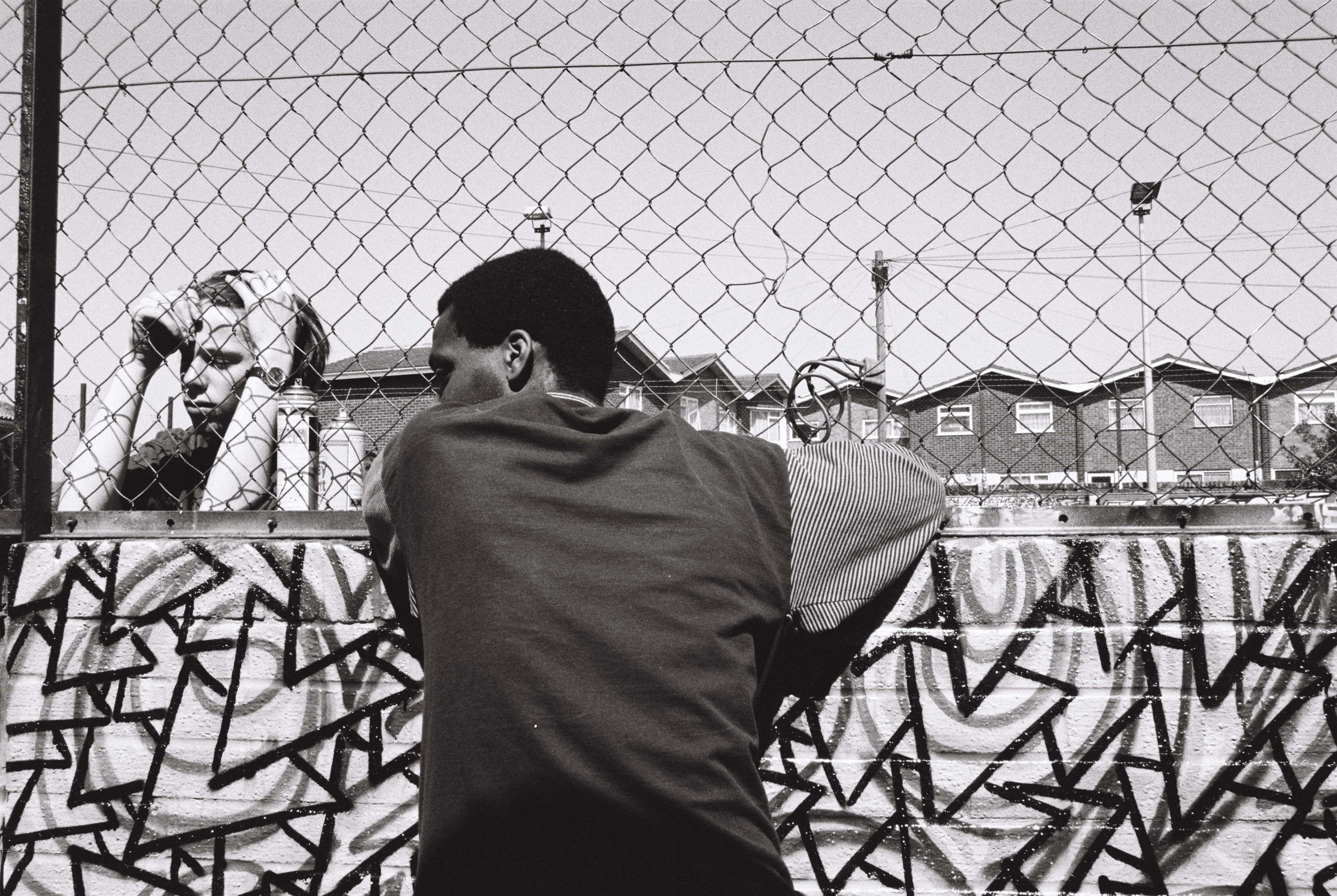 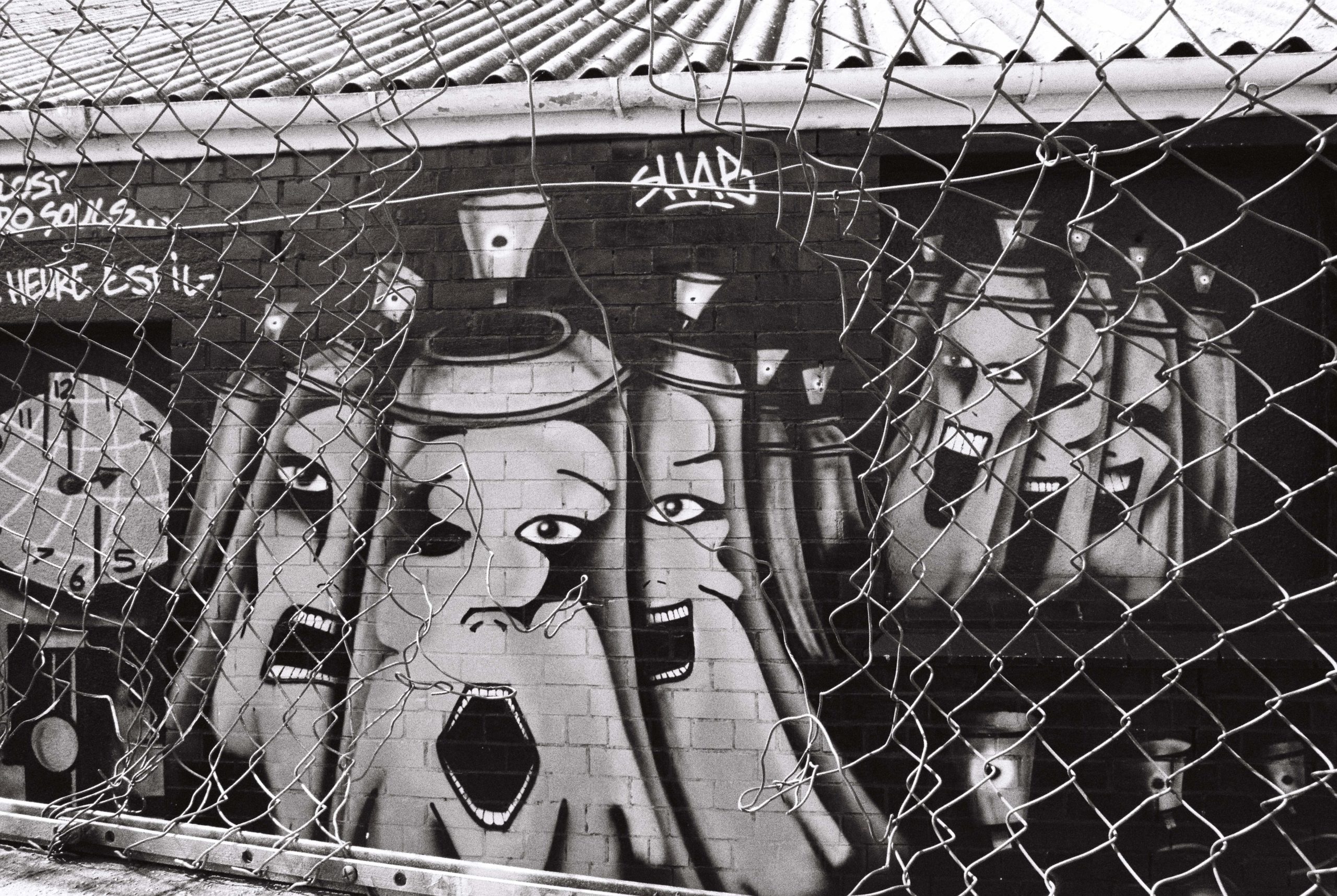 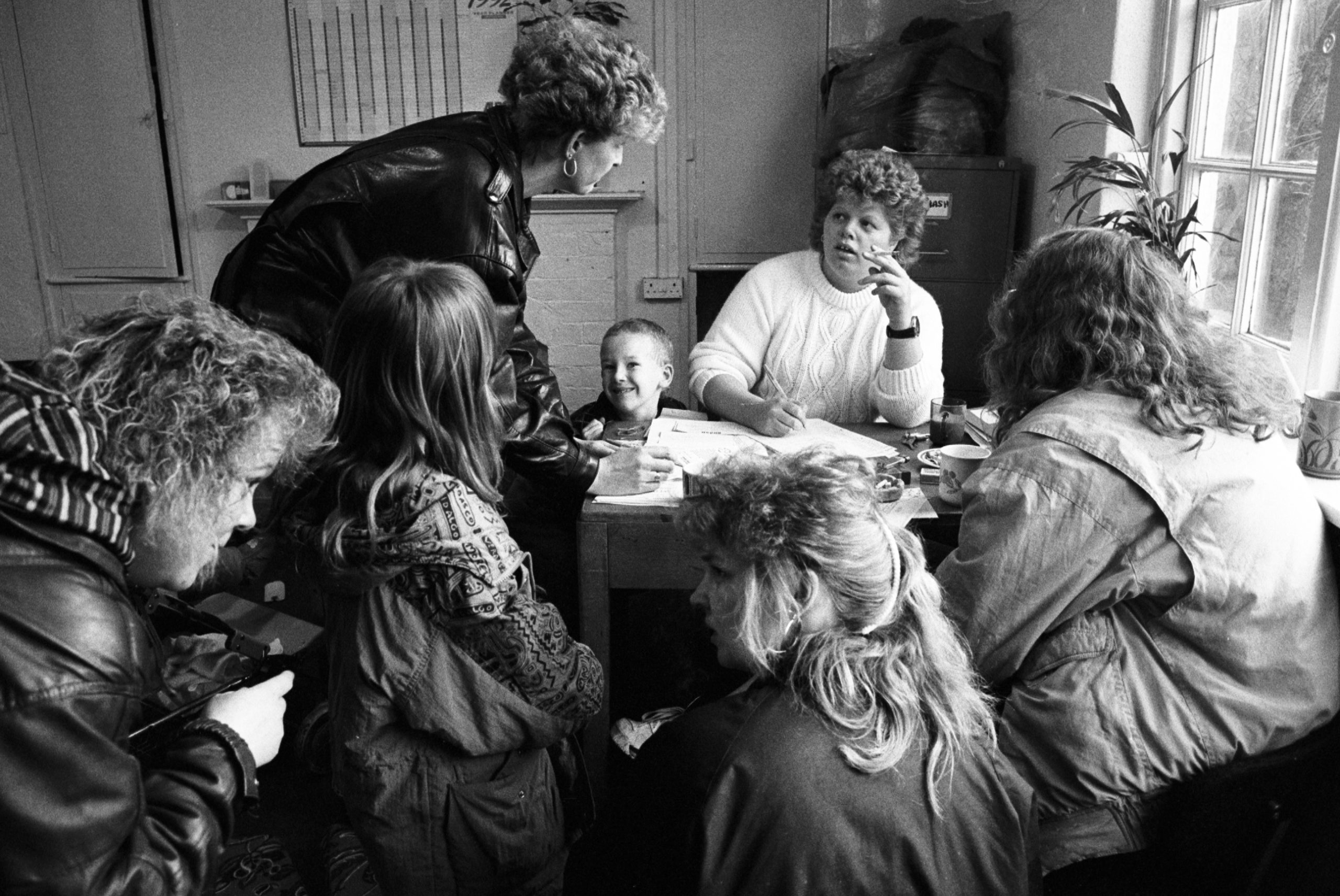 Neighbourhood community support project at Barton Hill in 1986 (the hair is so 80s!), organising a day trip. 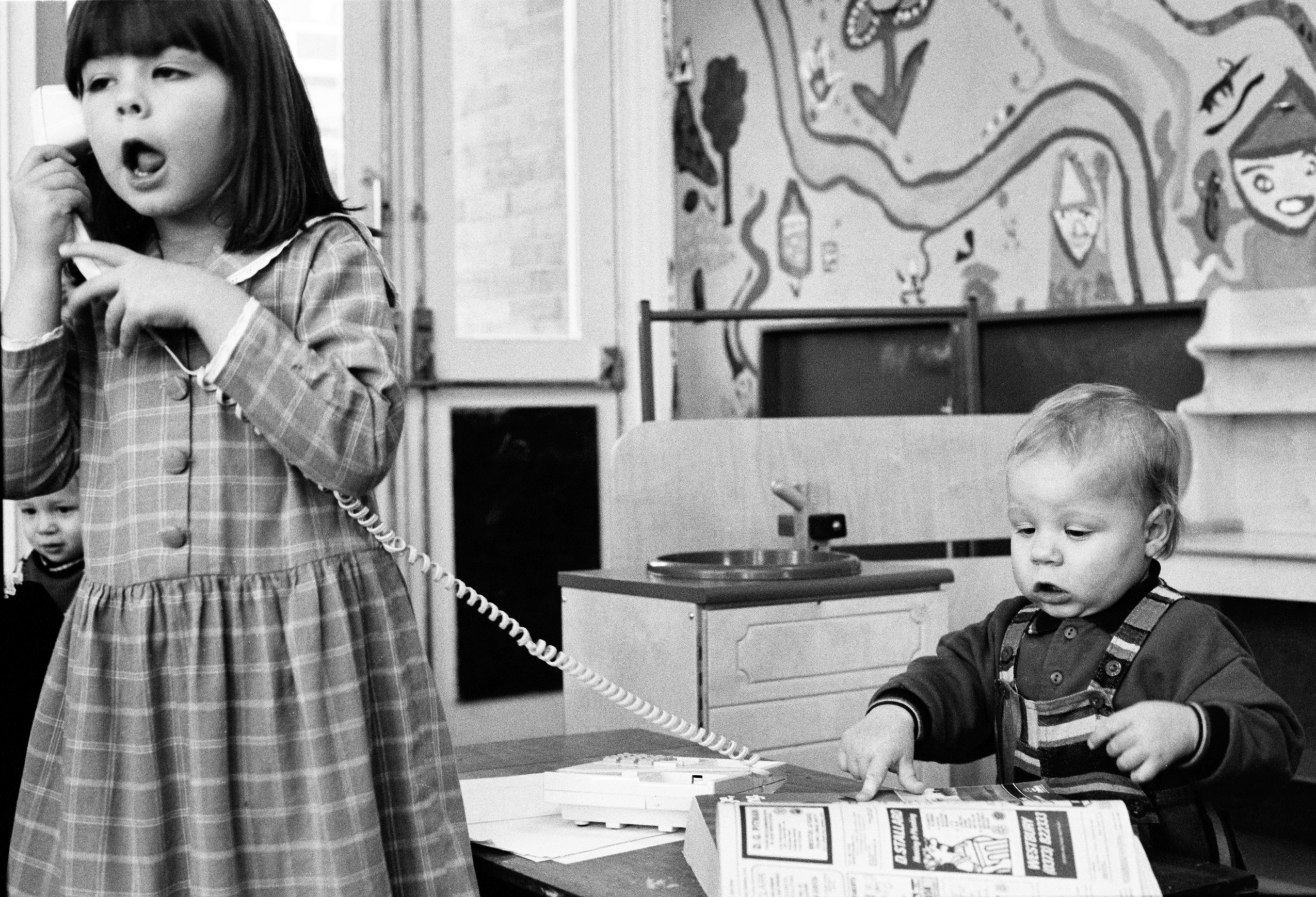 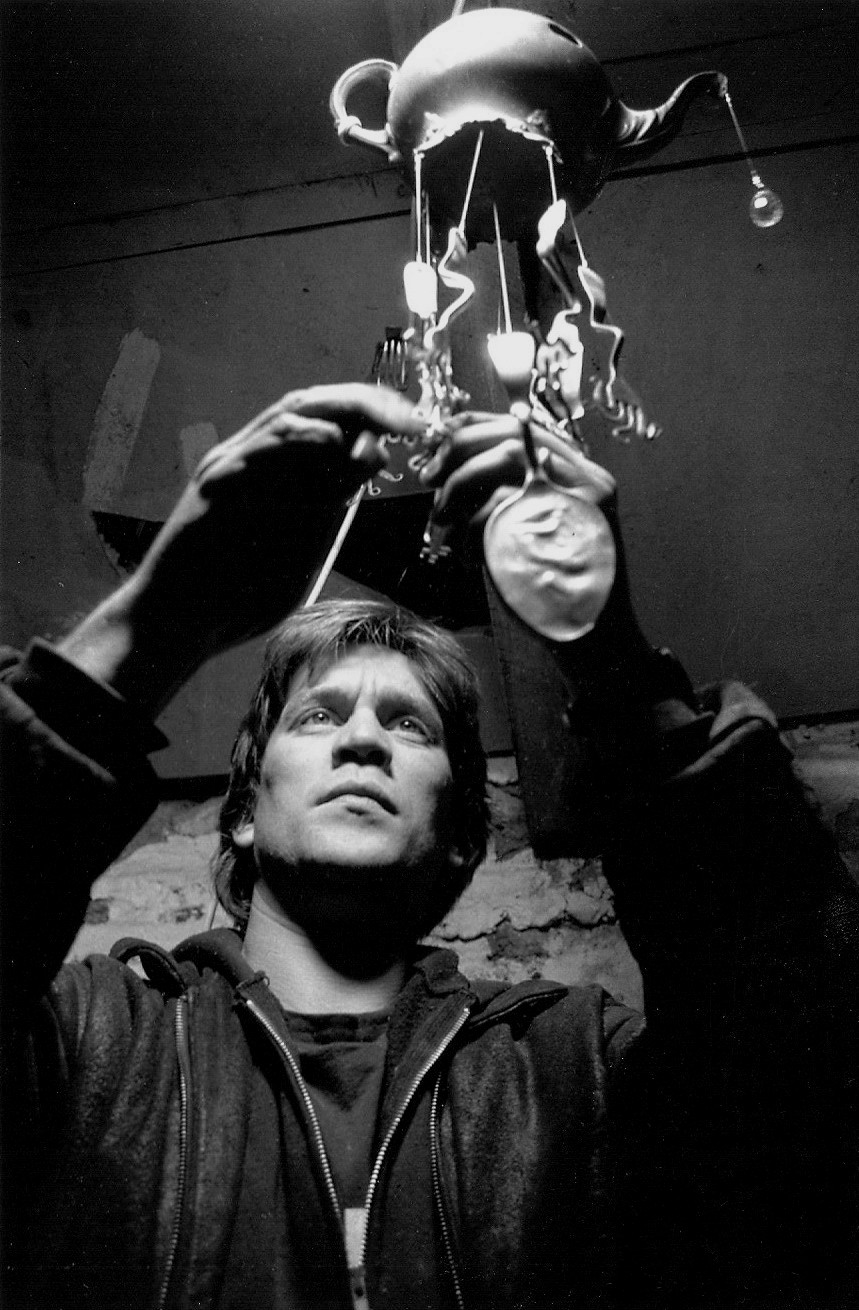 Thurstan Rimmer, in 1998, maker of wind-chimes and jewellery out of cutlery, originally sold at St Nicks Market 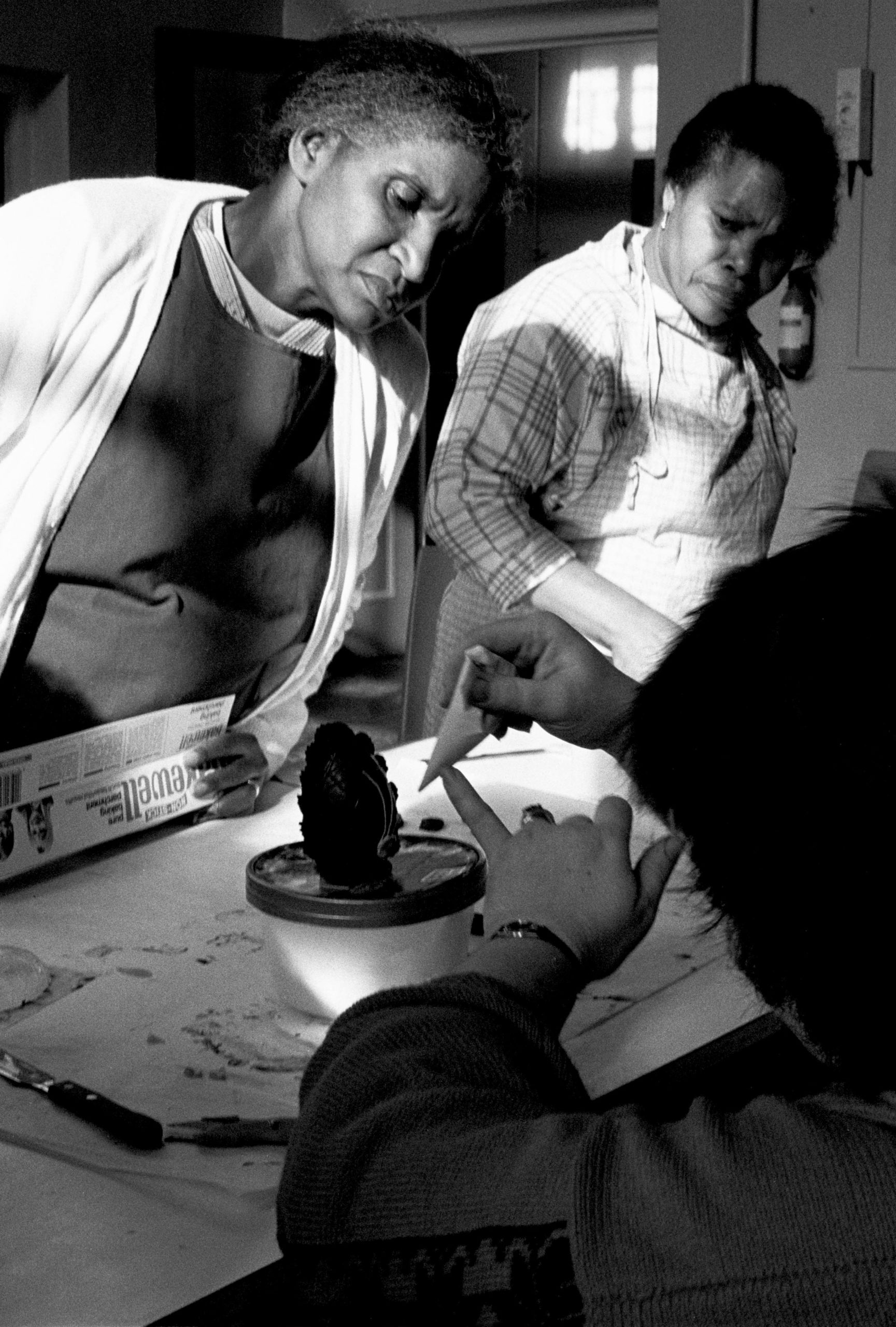 Cooking workshop at St Werburgh’s Community Centre in 1996. These ladies are learning how to make and decorate chocolate easter eggs 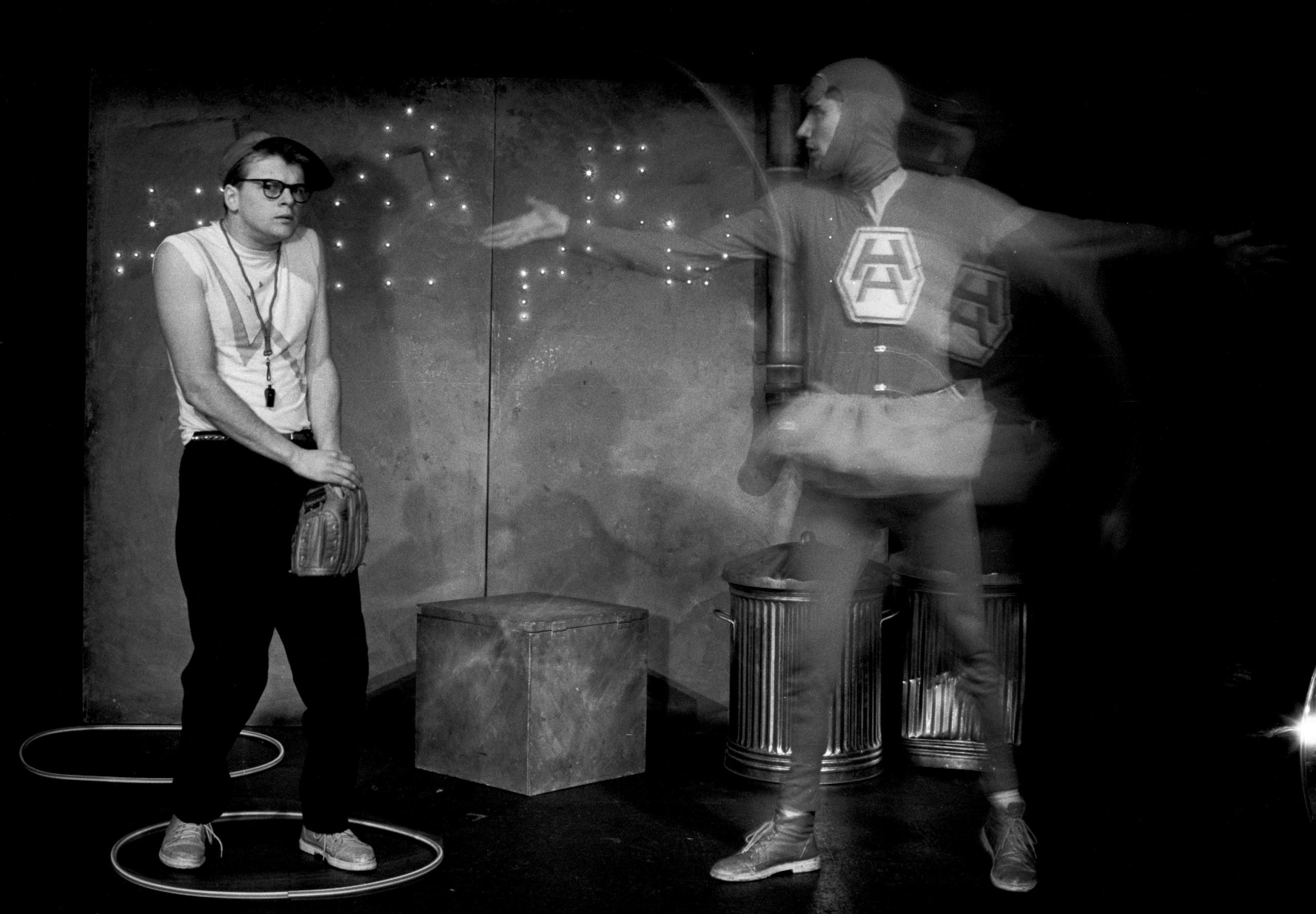 Wack and Zane circa 1983, a comedy duo performing at Thekla’s first incarnation in Bristol, The Old Profanity Showboat