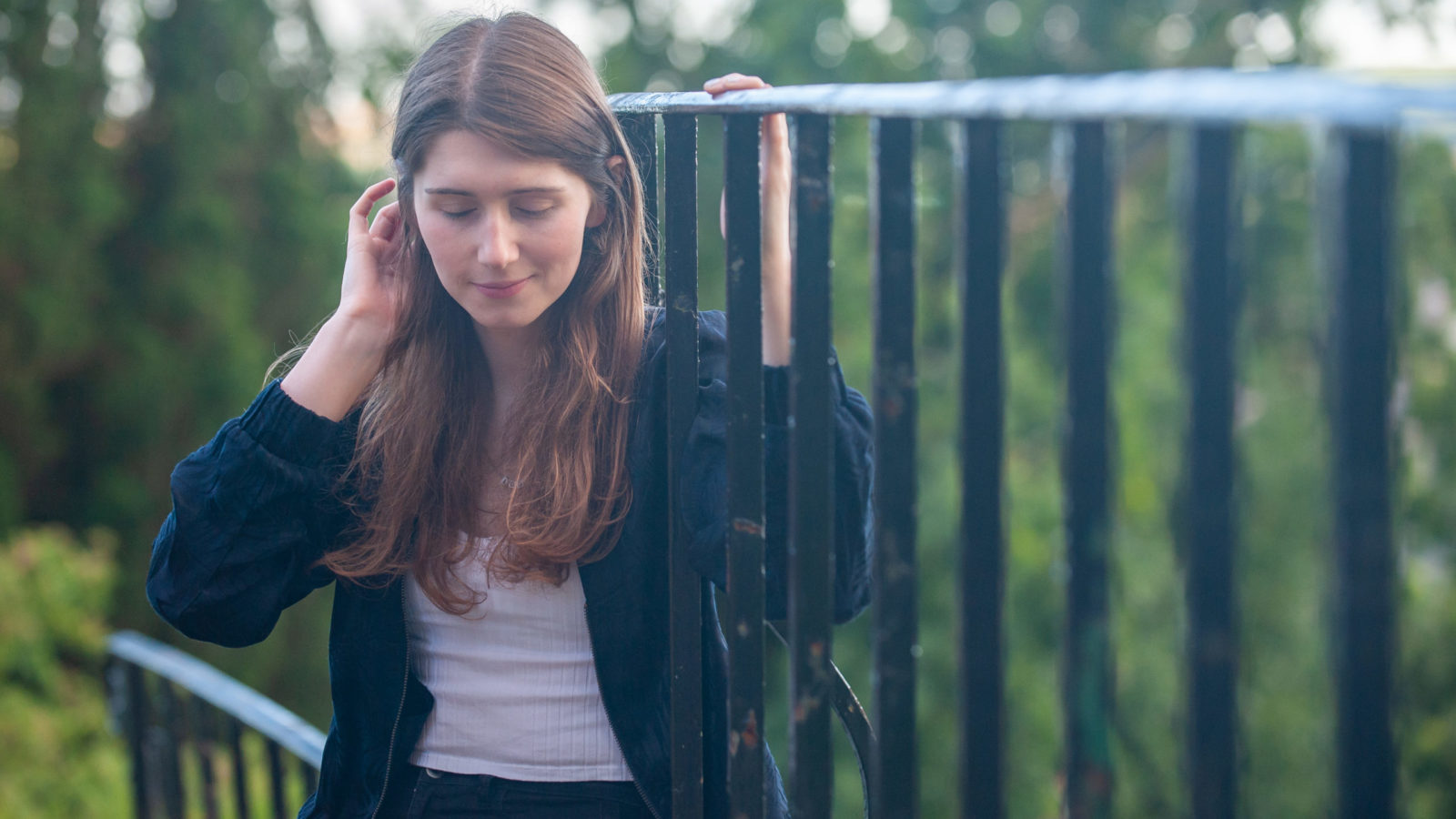 “Transgender people are not a threat, but unfortunately many people seem to view us as one,” says Nicky Ebbage, founder of a new visibility project.

After attending Bristol’s protest against transphobia held on College Green in July 2020, the photographer wanted to use their skills to help the trans and non-binary community in the city.

“Throughout lockdown, I’d become increasingly frustrated over the negative treatment of trans people in the media and the uncertainty surrounding the Gender Recognition Act reform,” says Nicky, who themselves is non-binary.

“Seeing the way our community was being treated made me feel quite powerless. But when I attended the protest, there were so many other passionate trans people around that I felt really inspired to try and do something, and I started thinking about how I could use my skills to help the community.”

Bristol Trans Portraits Lowie Trevena (they/them) @lowie.1998 "For a broad definition, someone who identifies as being non-binary feels as though their gender does not fit into the neat boxes of male and female. Most, but not all, non-binary people also identify as transgender, as their gender does not match the one they were assigned at birth. After speaking on the radio and having a positive reception, I want to continue creating a positive, constructive conversation about trans and non-binary people. We are the people you walk by in Cabot Circus, the people you bump into in Bristol Sweet Mart, a friend you meet for an after-work drink at the Watershed. We are not freaks or ‘snowflakes’, we are people who have finally learnt the language to identify in the way we have always felt. We are your sibling, colleague, child. We are the same as you." 🌈 🌈 🌈 Bristol Trans Portraits aims to increase the visibility of the trans community in Bristol. I'm offering one free portrait session each month to a trans or non-binary person, to then be featured on my socials and website! You can DM me or check out my website if you want to get involved, though please be aware there is currently a waiting list for this project. I'd especially like to invite Black folx, Asian folx and any people of colour, along with sex workers, and anyone who is disabled to get in touch. Visibility isn't truly visibility unless it represents all of our community. #bristoltransportraits

In recent years, trans people – individuals who identify as the gender other than the one assigned to them at birth – have been receiving increasingly negative media attention and, as a result, are experiencing ever more hatred and violence. A reformation of the Gender Recognition Act was due to take place in 2020, but the Sunday Times has reported that this will not go ahead.

Nicky, who works part-time in two music venues and a theatre, as well as being a photographer, offers a monthly session for free and promotes each photographed person throughout the following month. They do this so that all people in the trans community – who are as a group more likely to be affected by poverty and unemployment – can access the empowering experience of having their photo taken. 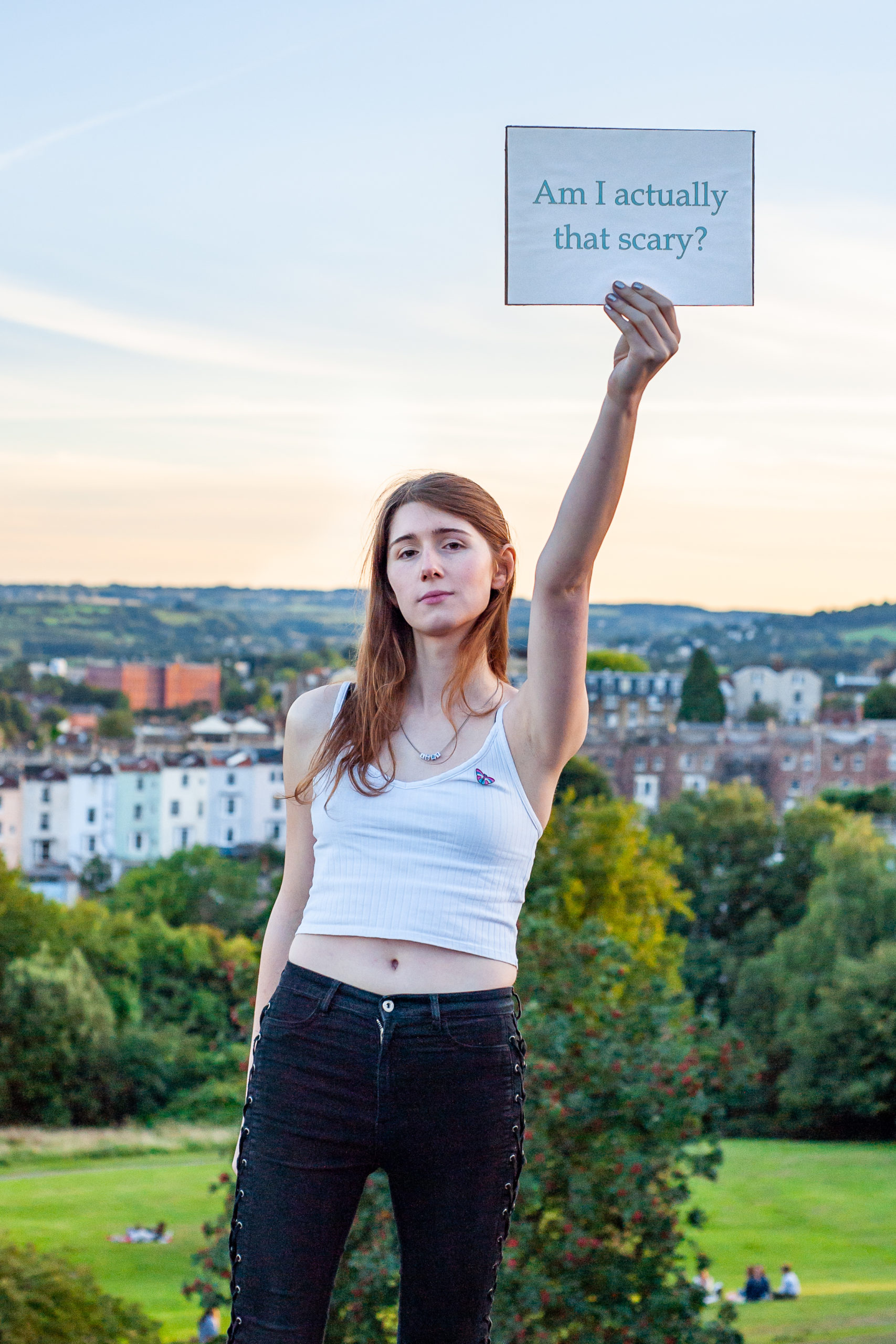 Maddy Coward was the first person to be featured in the new project. Photo: Nicky Ebbage

“I started this project because I believe visibility and representation put us in a better position to advocate for our rights, educate others and fight transphobia,” says the 27-year-old, who lives in Bedminster.

“We’re just like you; we have families and friends, careers and personalities. We just want to live our lives authentically.”