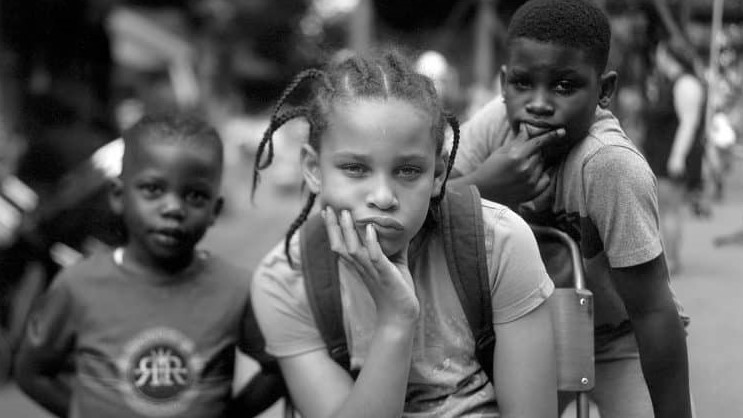 A new exhibition at St Paul’s Adventure Playground and on billboards across Bristol is the result of a ten-month collaboration between an acclaimed photographer and filmmaker, and the children who came to a weekly photo-club.

Members of the club worked with Esther May Campbell, throwing themselves “into play and imagination” as part of the Scrapbook project, which has also been made into a book.

“The analogue photo-club explored how play-spirit, craft and heaps of improvisation can evolve into an inspiration for living. They took cameras apart, collaged, photographed and thought and played like artists.”

Campbell said: “Over the autumn the children and I made photos, jumped through the air and fooled around with analogue cameras. Our first photo-club session coincided with Strike for Climate Justice (led by school children). 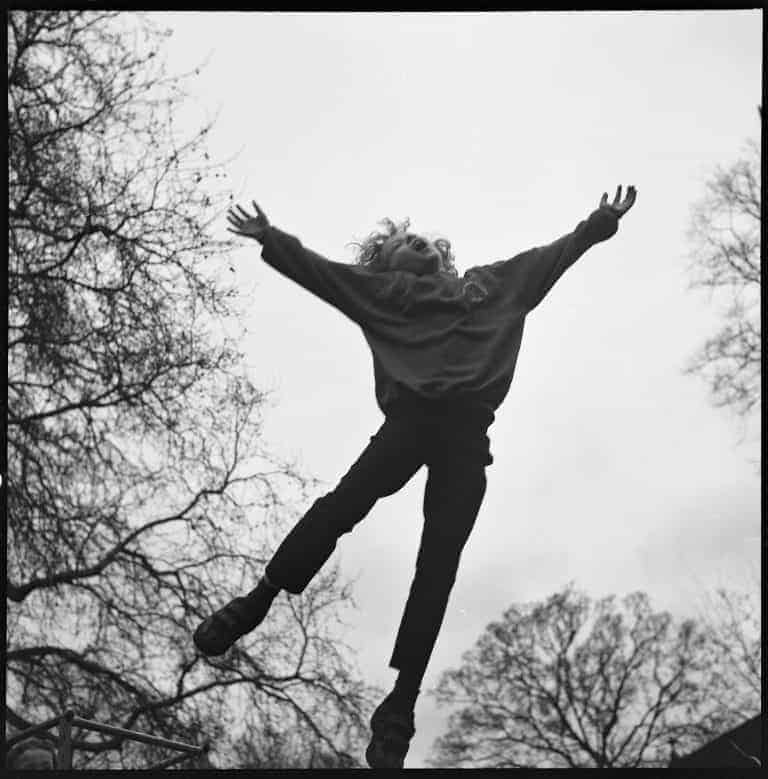 “Winter arrived and, losing the light, we took a break. Brexit became official. In 2020 the club returned and we continued our photo experiments until the coronavirus took hold and ‘Ventures’ was shut.

“Over the months of lockdown there was an arson attack on the playground, Black Lives Matter brought people into the centre and the statue of Edward Colston came down. During these times we made the book and curated the exhibition.” 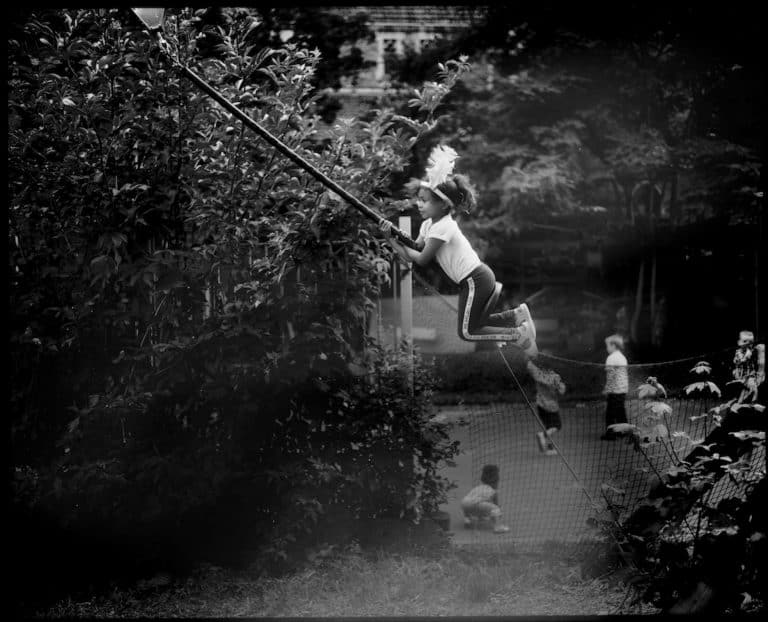 He said: “I’m utterly overwhelmed by the beauty and energy in this.” 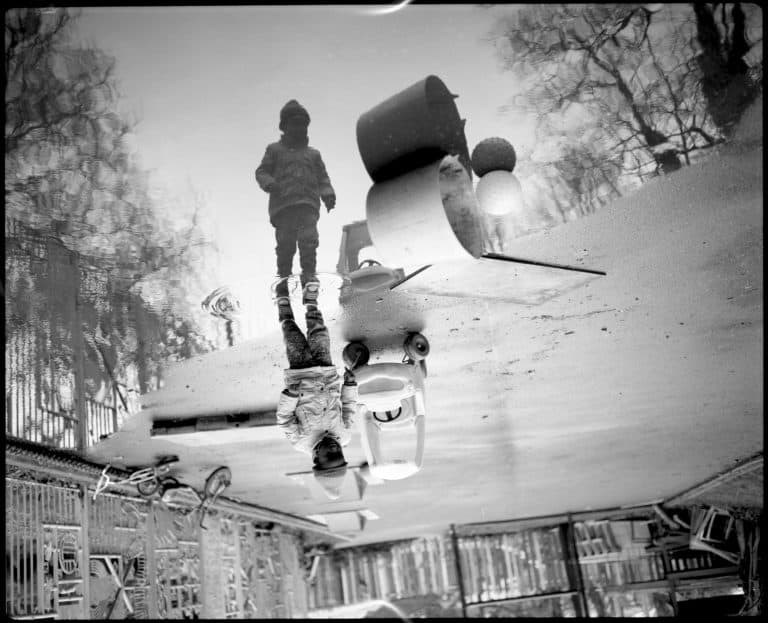 “The analogue photo-club explored how play-spirit, craft and heaps of improvisation can evolve into an inspiration for living” – photo by Esther May Campbell

“I love this project,” said Rob Hopkins, writer and founder of the Transition Network. “It captures exquisitely why play matters, and why imagination matters in 2020.

“And even better, it gives the camera to the kids to allow them to capture it, to show the bits they love, the aspects they treasure.

“This book is as much a treat for the reader’s imagination as the St Paul’s Adventure Playground is for the imagination of the kids who attend it.” 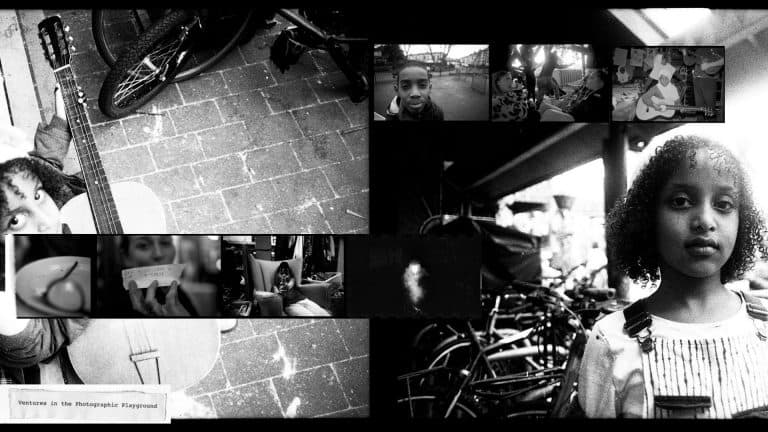 Books coast £20 with all profits going to the ongoing work at St Paul’s Adventure Playground. To purchase a book, visit apeproject.enthuse.com/scrapbook#!

Main photo by Esther May Campbell