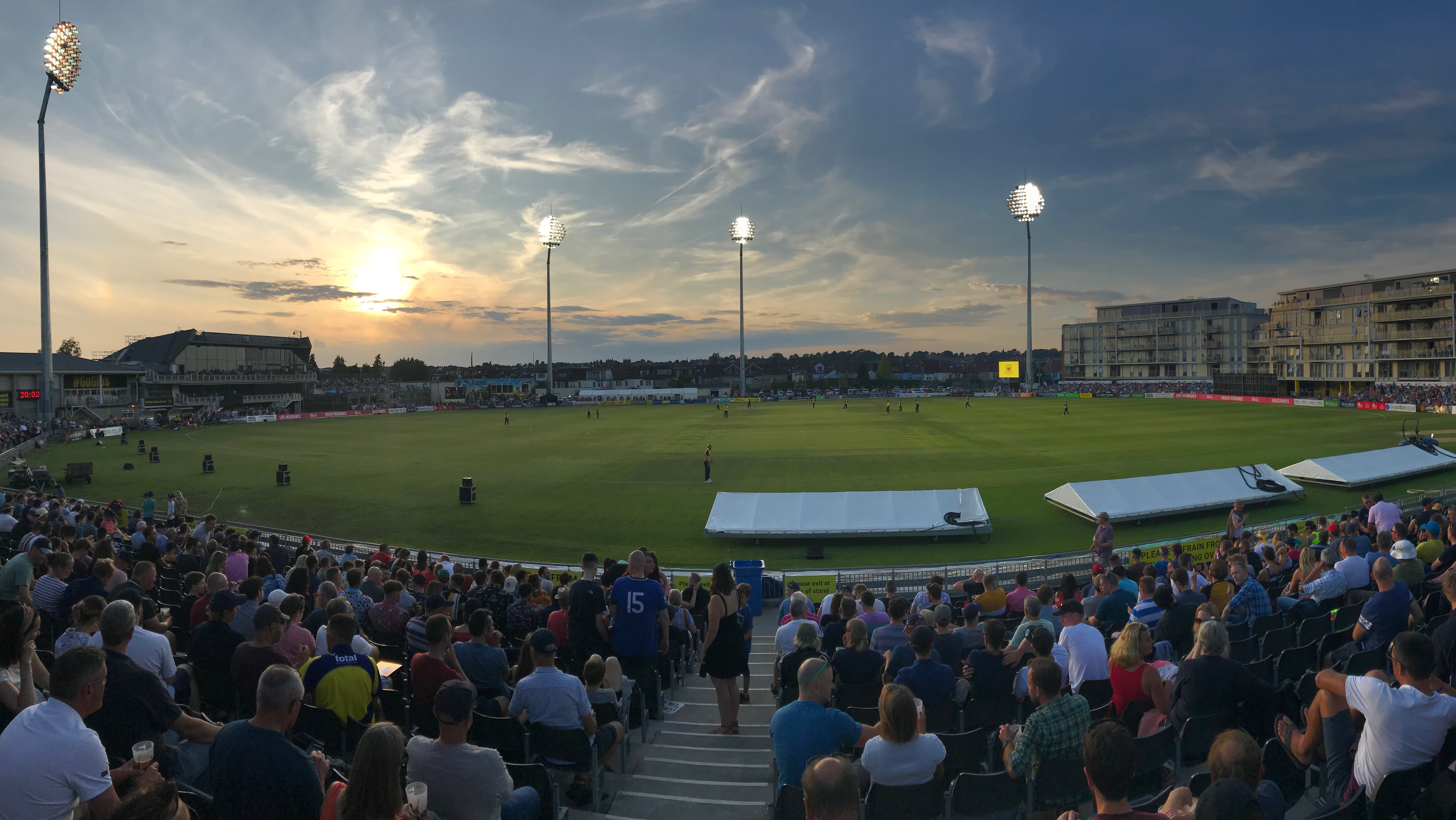 Gloucestershire’s County Ground had received a street art makeover by Silent Hobo in advance of its first T20 game of the season. The game against Essex on Friday night will not be featuring in any updates to the murals, however, with the home side losing by 25 runs.

Gloucestershire bosses also apologised to spectators for the lengthy queues at all of the bars inside the ground, promising to “urgently review operations moving forward” and thanking fans for their patience.

On a balmy August evening, some spectators reported that they had to wait in line for drinks for up to an hour – with long queues at both the temporary and permanent bars. Fans are unable to bring alcohol into the County Ground. 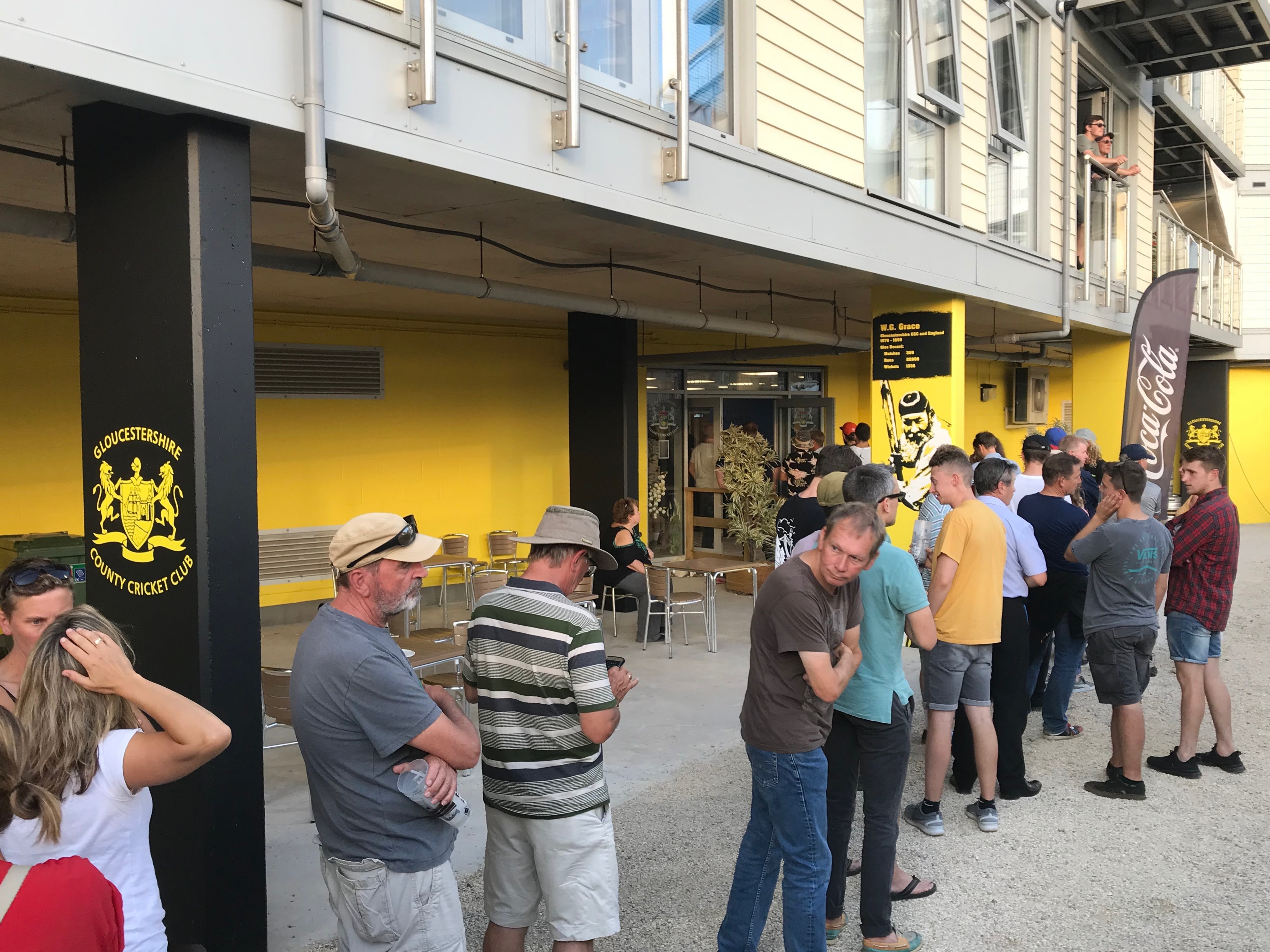 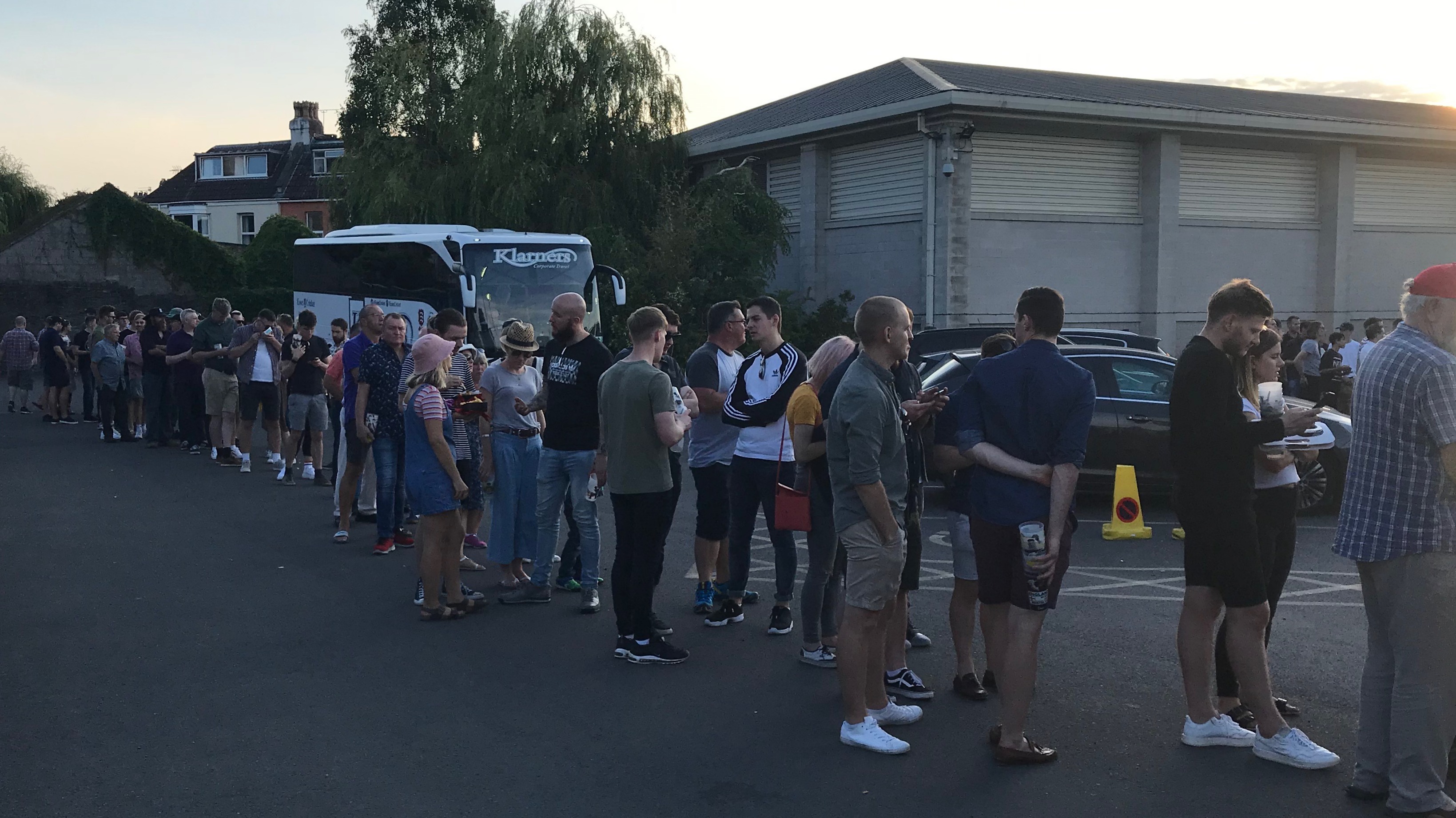 Some fans were forced to queue in a car park

Essex won the toss and batted first scoring 206, their highest T20 total against Gloucestershire. Opener Tom Westley carried his bat with 86 not out, ably assisted by Dan Lawrence (56) and Cameron Delport (51).

Under the County Ground’s Day of the Triffids-style floodlights, Gloucestershire’s run chase got off to a slow start but was then jolted into action by Ryan Higgins (an unbeaten 77 off 43 balls) and Jack Taylor (42 off 20).

Despite some heavy hitting from the pair it was not enough, however, with 32 needed off the final over and only six scored.

🗣 “Whenever Jack’s at the crease, you always feel confident. He gives you the belief to go out and do your thing.”

Ryan Higgins speaks to Glos TV about the team’s performance and his partnership with Jack Taylor.#GoGlos 💛🖤 pic.twitter.com/kO1aocqdJZ

“Our fielding wasn’t at its best today and our bowling wasn’t quite as sharp as it has been,” said Higgins after the game.

“It can happen in T20 cricket and that’s the way it goes sometimes.”