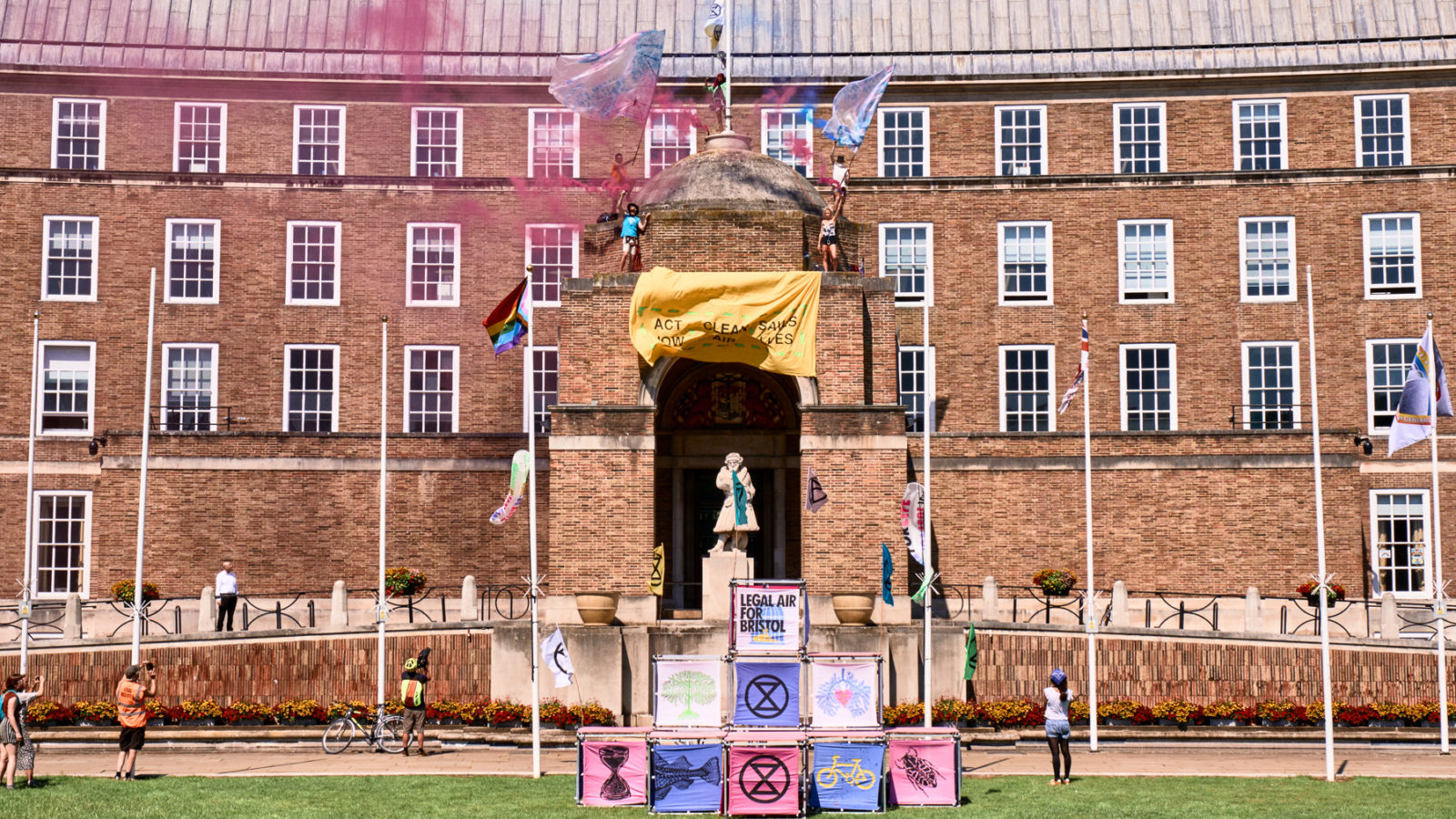 Members of Extinction Rebellion have scaled the walls of City Hall in protest of Bristol’s high levels of air pollution.

The five people are refusing to come down until Bristol City Council commit to ensuring legally clean air across the city by April 2021.

Each member of the group will stay connected to at least two safety ropes for the entire time they are on top of the Grade II* listed building.

Extinction Rebellion Bristol have also let off smoke bombs and laid out 296 pairs of shoes, to highlight to the number of premature deaths due to air pollution in Bristol each year. 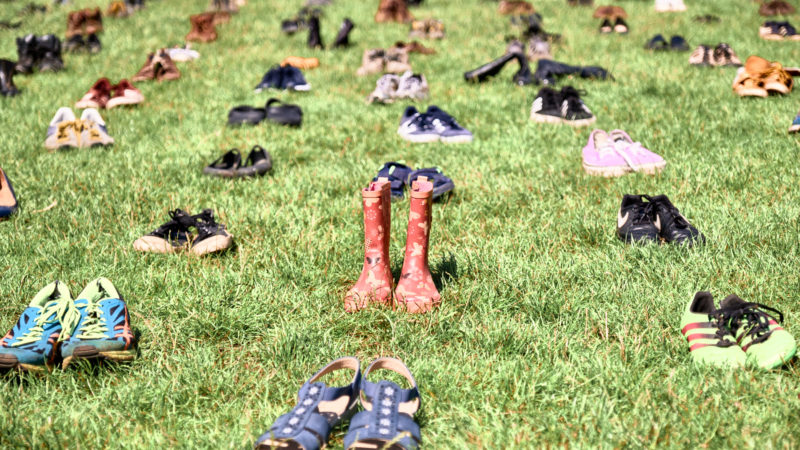 “We’re rocketing straight back up to illegal levels of air pollution once more,” said Pete Hughes, speaking to Bristol24/7 from the rooftop of the building.

“There was a certain amount of press from the mayor and Bristol City Council in terms of pedestrianisation and extra cycling space, but we’ve seen none of that in effect yet and what little has been offered is just that: very little. You look at cities around the UK, other cities have done huge amounts more.”

Hughes, who lives in Knowle, criticised the council’s planned clean air zone as moving the pollution to other areas of Bristol, saying: “It is not the golden bullet that the council sometimes presents it as being.”

The group, made up of trained climbers, has been planning the action for several weeks. Hughes said they had taken “numerous” risk assessments, adding that “there is no chance of anything going wrong”. 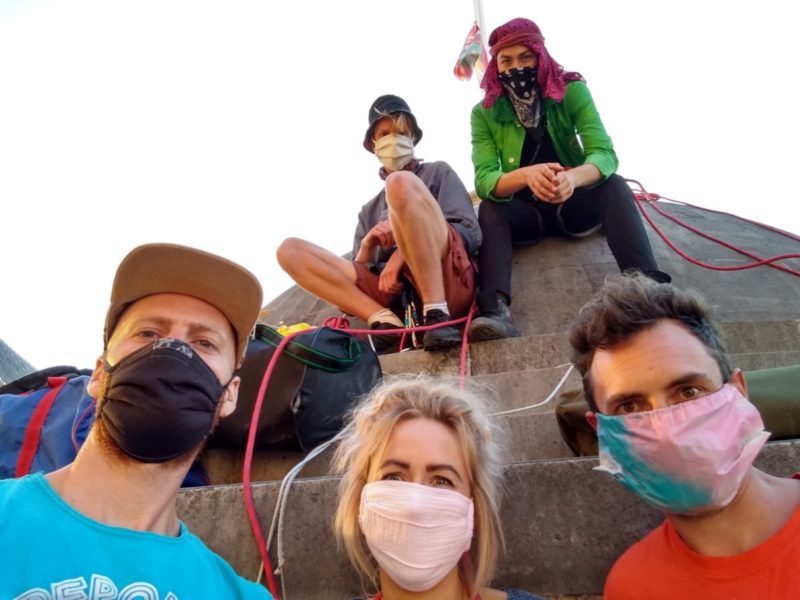 The protesters plan to remain on the roof for as long as it takes for the council to respond to their demands – photo by Pete Hughes.

The protesters have several days worth of provisions, including sun cream, umbrellas, and food. Hughes added: “If we think it’s going to drag out, we’re quite happy to ration ourselves accordingly.”

The five protesters are also wearing nappies and are using a homemade toilet system.

“The council and authorities don’t tend to behave as though it is an emergency but it is exactly that,” says Hughes. “When you really take things into account, what we’re doing today is far from extreme.

“I think people need to start behaving as though we are actually in an emergency, not a climate inconvenience.”