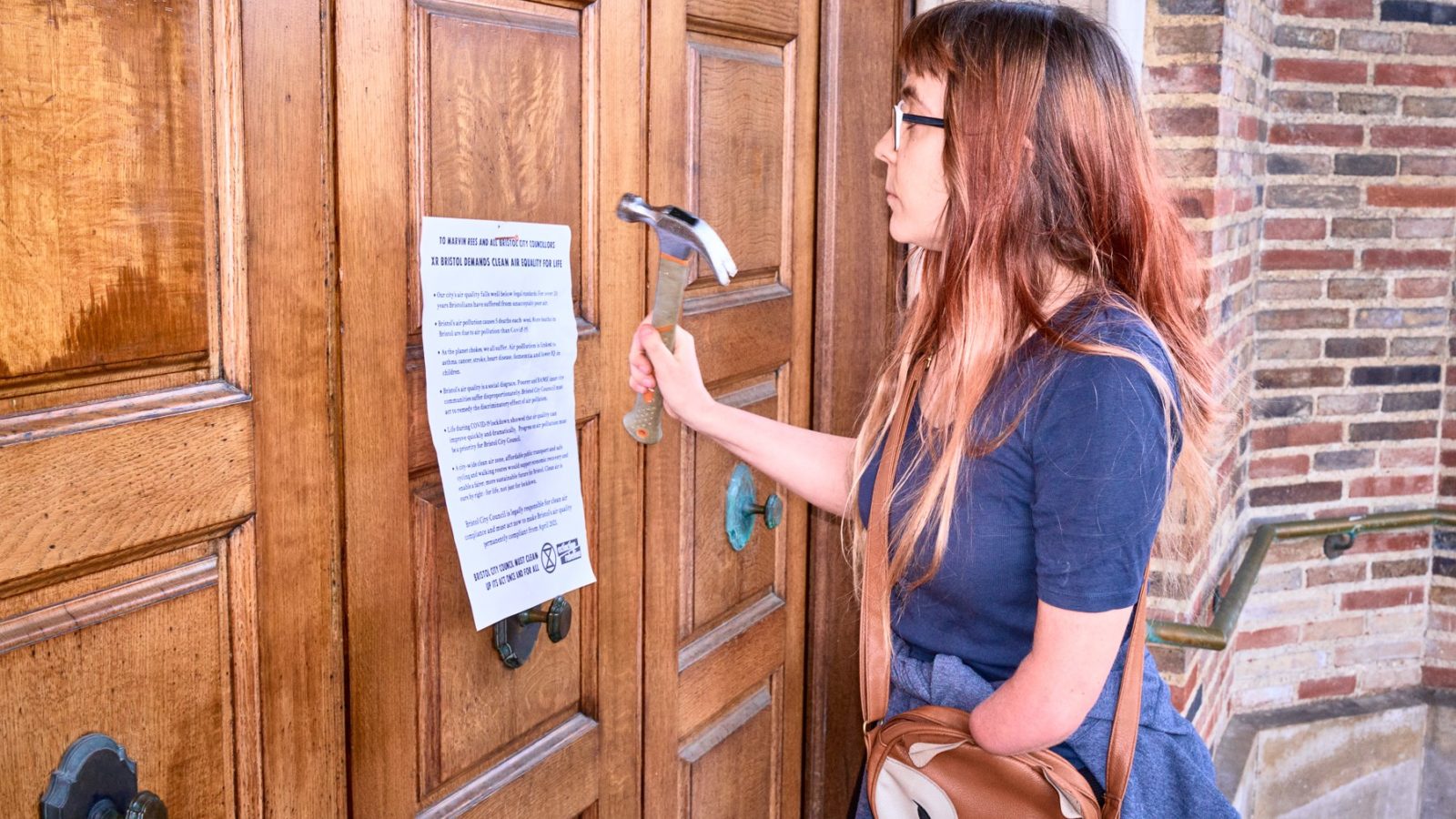 Extinction Rebellion have begun a week of action in Bristol with a symbolic act recalling a famous moment from history more than 500 years ago.

In 1517, legend has it that priest and scholar Martin Luther nailed a piece of paper to the door of the Castle Church in Wittenberg, Germany, containing the 95 revolutionary opinions that would begin the Protestant Reformation.

In Bristol on Sunday evening, an unnamed protester nailed a letter to the front door of City Hall addressed to mayor Marvin Rees, councillors and the West of England Combined Authority (WECA).

Activists are calling for the politicians to deliver compliant air quality for Bristol by April 2021.

Extinction Rebellion spokesperson Dr Emma Geen said: “The amount of pollution in Bristol’s air breaches European legal limits 2. It drastically affects our health and harms the planet – at a time when public health is more at risk than ever.

“We have a unique opportunity to act now. Life during lockdown showed that air quality CAN improve quickly.

“By nailing our demand to the door we call on Bristol City Council to nail their colours to the mast: do they care enough for the wellbeing of all Bristolians to take the urgent action that’s needed?” 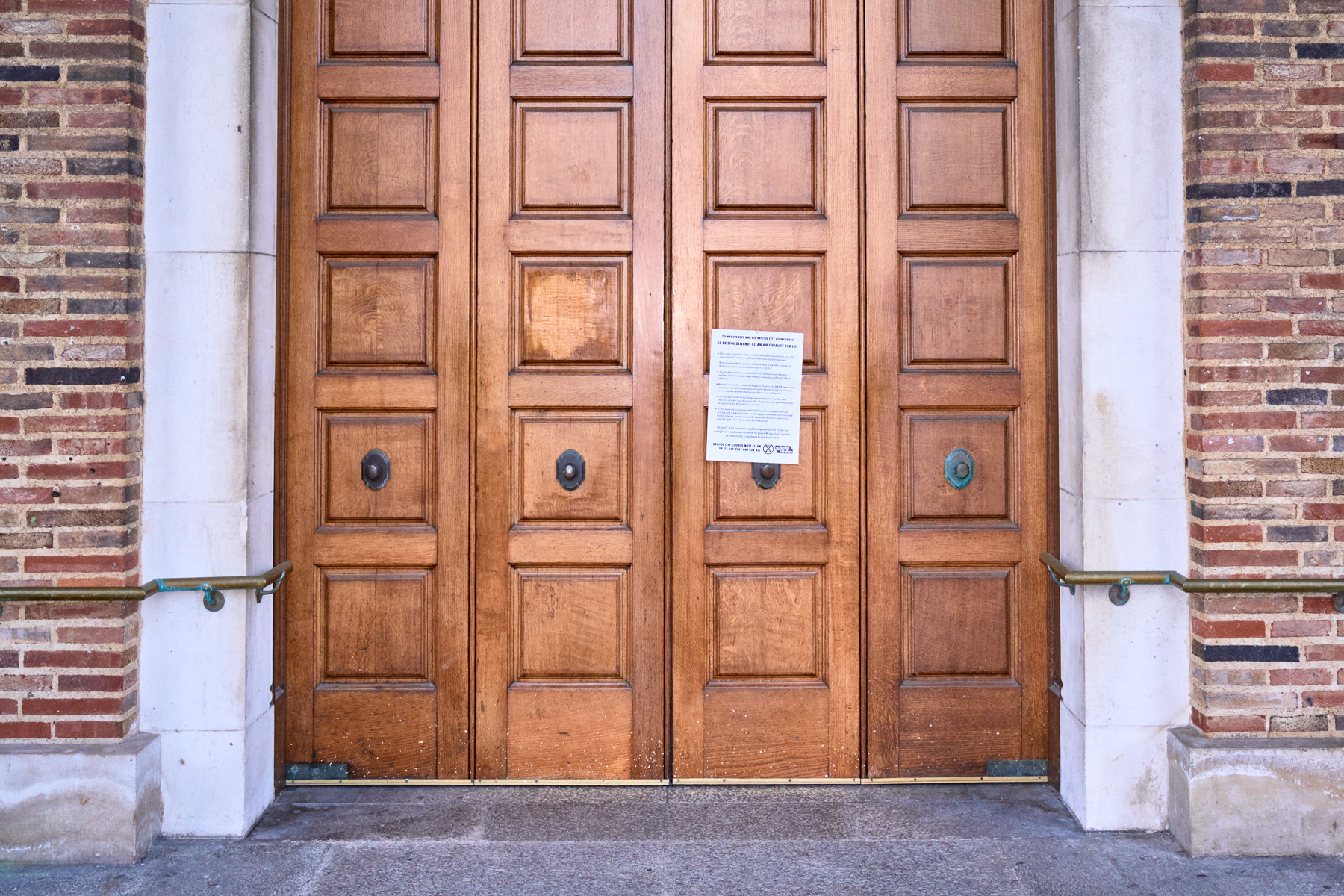 On Monday, Extinction Rebellion activists were also due to erect an installation of 50 one-metre-high aluminium cubes on College Green, decorated with wildlife and ecology images and spelling out message, ‘Clean air for life’.

In a third protest, a message is due to appear for a short time on Bristol Bridge which in July 2019 was closed to cars by Extinction Rebellion protesters.