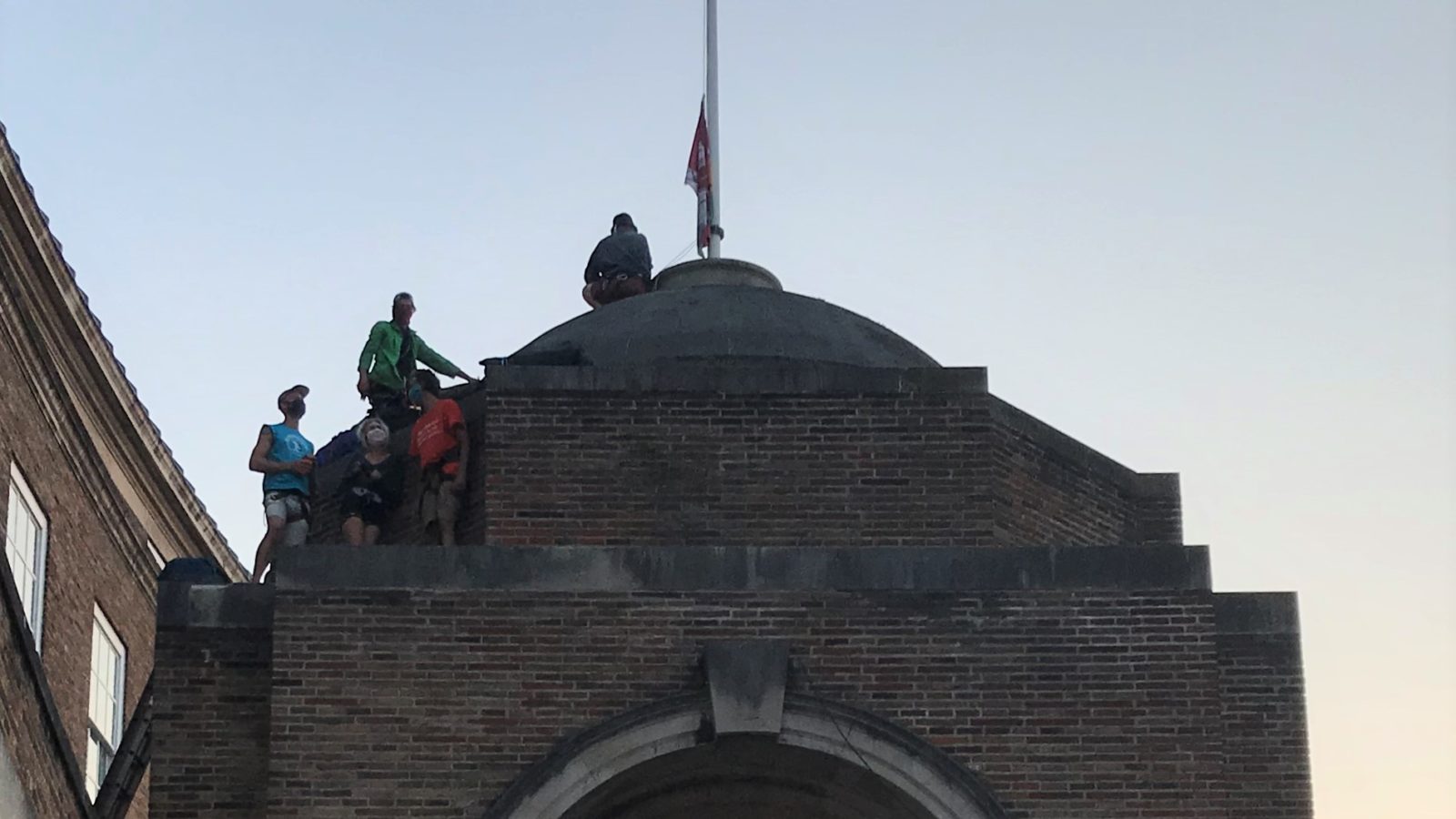 Extinction Rebellion left a cake for the security guards at City Hall in front of the main entrance to the building.

But it remained untouched as above, soon before 5am on Thursday morning, a group of protesters scaled the tower overlooking College Green and ‘locked on’ – expecting to be here for some time.

The five people are refusing to come down until Bristol City Council commit to ensuring legally clean air across the city by April 2021.

One of the people on the domed roof, Bristol Extinction Rebellion regional coordinator Pete Hughes, said:”This is not an unreasonable commitment to require from a city that was the first in the UK to declare a climate emergency in November 2018.”

The scaling of the roof is part of a week of action from Extinction Rebellion in Bristol, who are calling for ‘Clean air for life, not just for lockdown’.

Hughes added: “In no other context would you see people using the word ’emergency’ but taking so little practical action.

“Bristol is already lagging behind the measures introduced by other UK cities. Our air pollution not only has appalling effects for the people of the city, but it is contributing to the planetary climate and ecological emergency.

“We need to see a clear plan of action to address this emergency, with targets and milestone dates. That’s how the changes we desperately need will be made.” 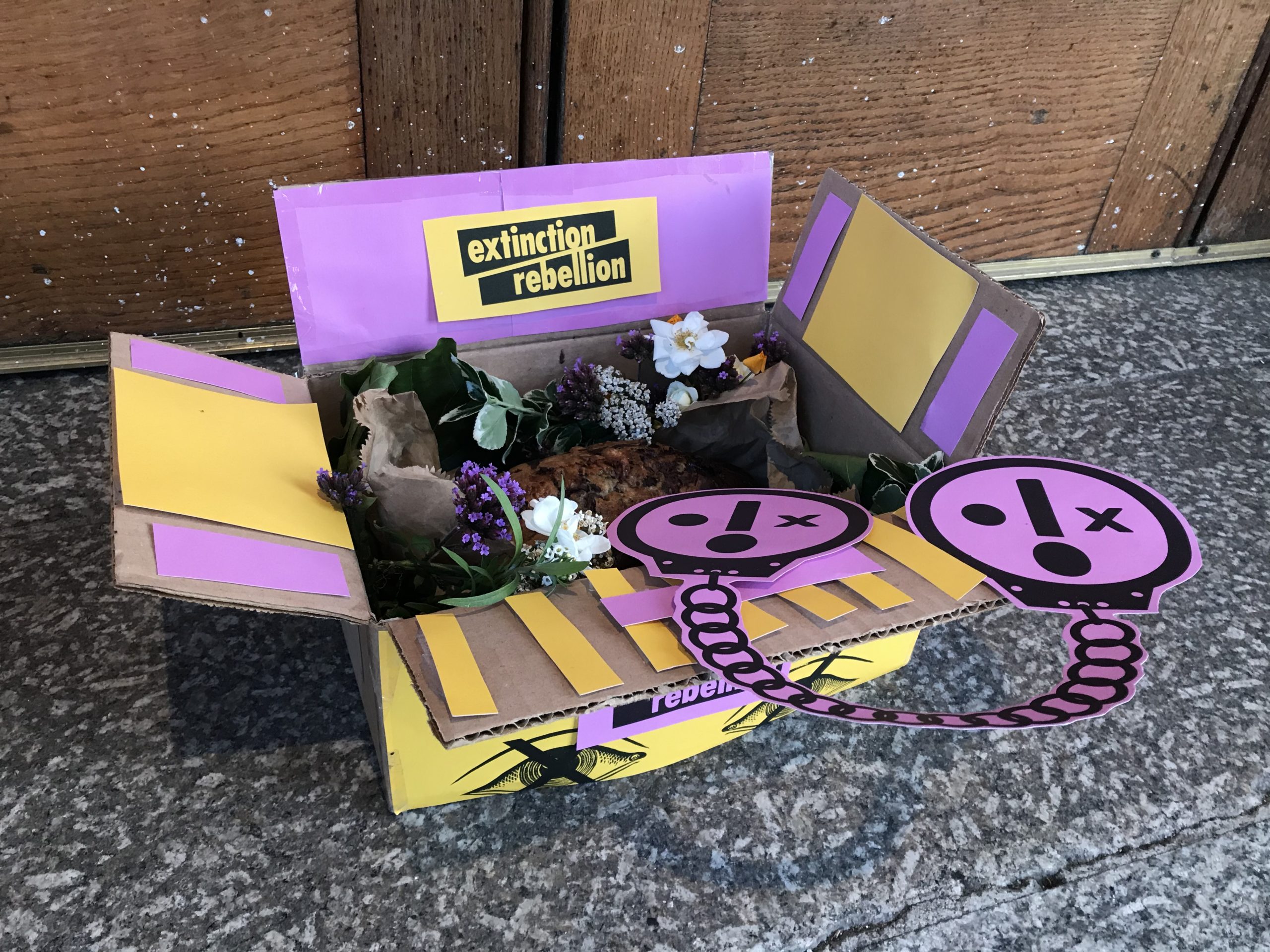