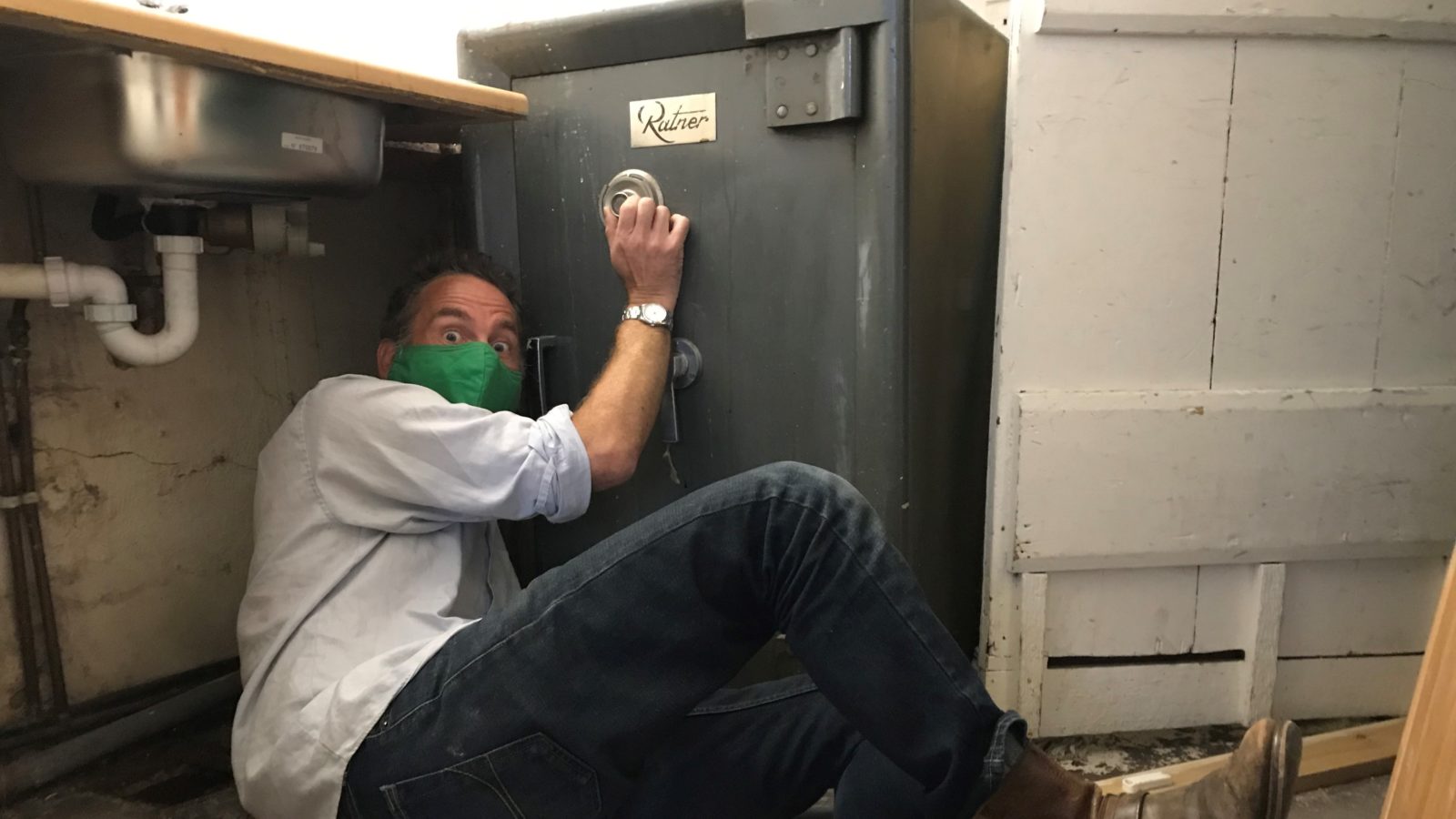 Dave Taylor from 20th Century Flicks crouches down next to a safe the likes of which feature in many films on the shelves of his world famous video shop.

Dave has watched enough crime capers to know that the combination lock is opened by three turns clockwise, two turns anti-clockwise and one turn clockwise.

And now he and his team have found themselves in their own movie-style escapade as they attempt to open the mysterious safe.

The safe is located in the kitchen of 17 Christmas Steps that once upon a time was an antiques shop – and will soon become a third screen for Flicks – giving Dave and the gang a tantalising glimmer of hope that something valuable might be inside. 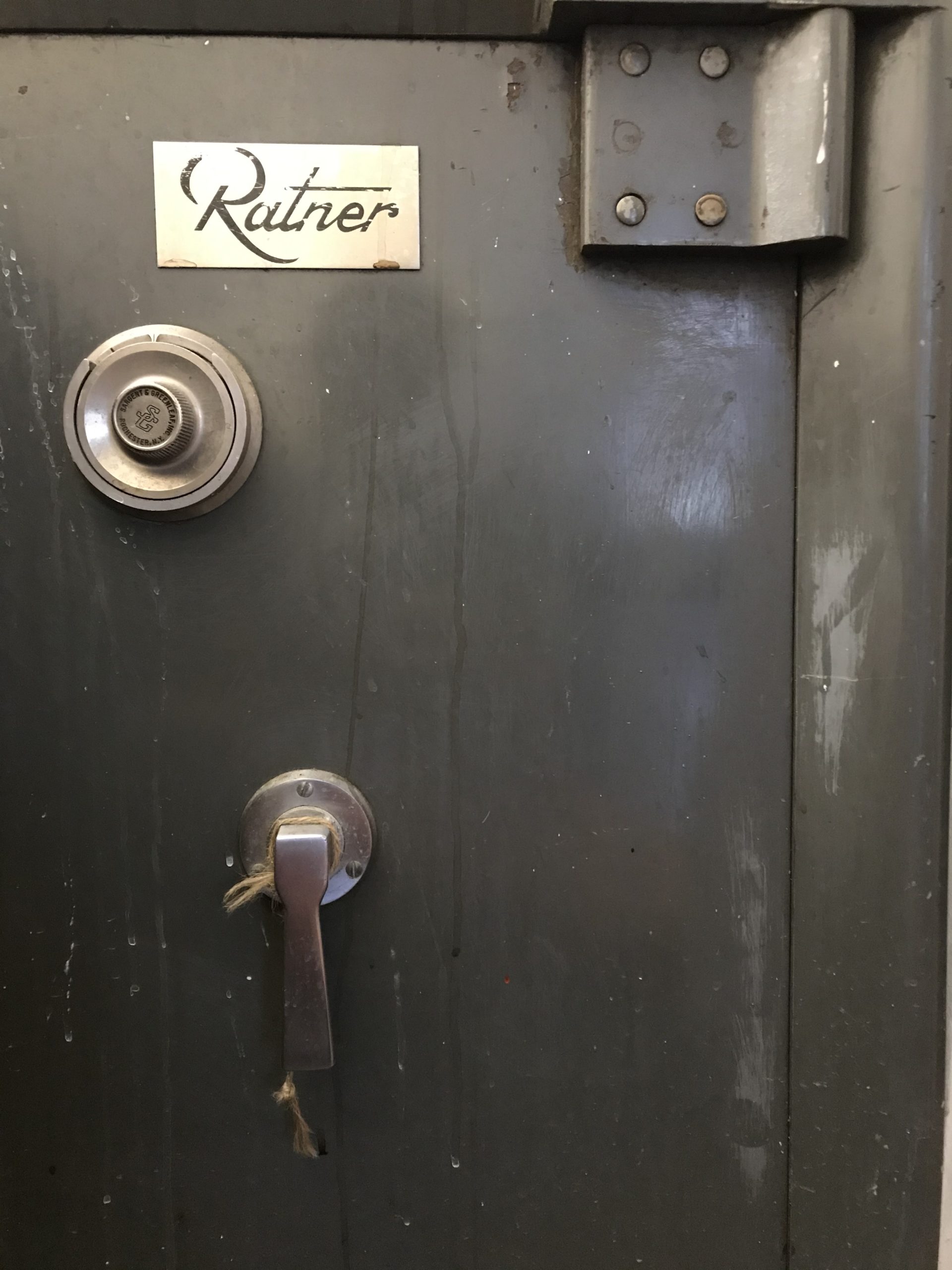 What could be inside the mysterious safe? – photo by Martin Booth

The safe-cracking gang is made up of Dave, alongside Paul Green, who will also be exhibiting his art at number 17; Daisy Steinhardt, who is about to study film at UWE; and Rosa Eaton, a radio and podcast producer.

“None of us have any experience cracking safes apart from watching movies,” Dave tells Bristol24/7. “But how can you not want to crack a safe?”

Dave reels off some films over the last few decades that act as his safe-cracking inspiration, including Le Cercle Rouge and Michael Mann’s directorial debut, Thief.

One clue about this safe is the manufacture’s name on the front, Ratner, a company that could trace its history back to 1784 and later moved into a chain of high street jewellers.

“The only reason I remember them is being shit in the 90s,” says Dave.

But back to the safe, with another clue to its provenance a ghost sign for Bristol Blue Antiques that can still be seen above number 17 if the light catches it.

Dave crouches back down next to the safe, which takes up about a quarter of the space of the small kitchen.