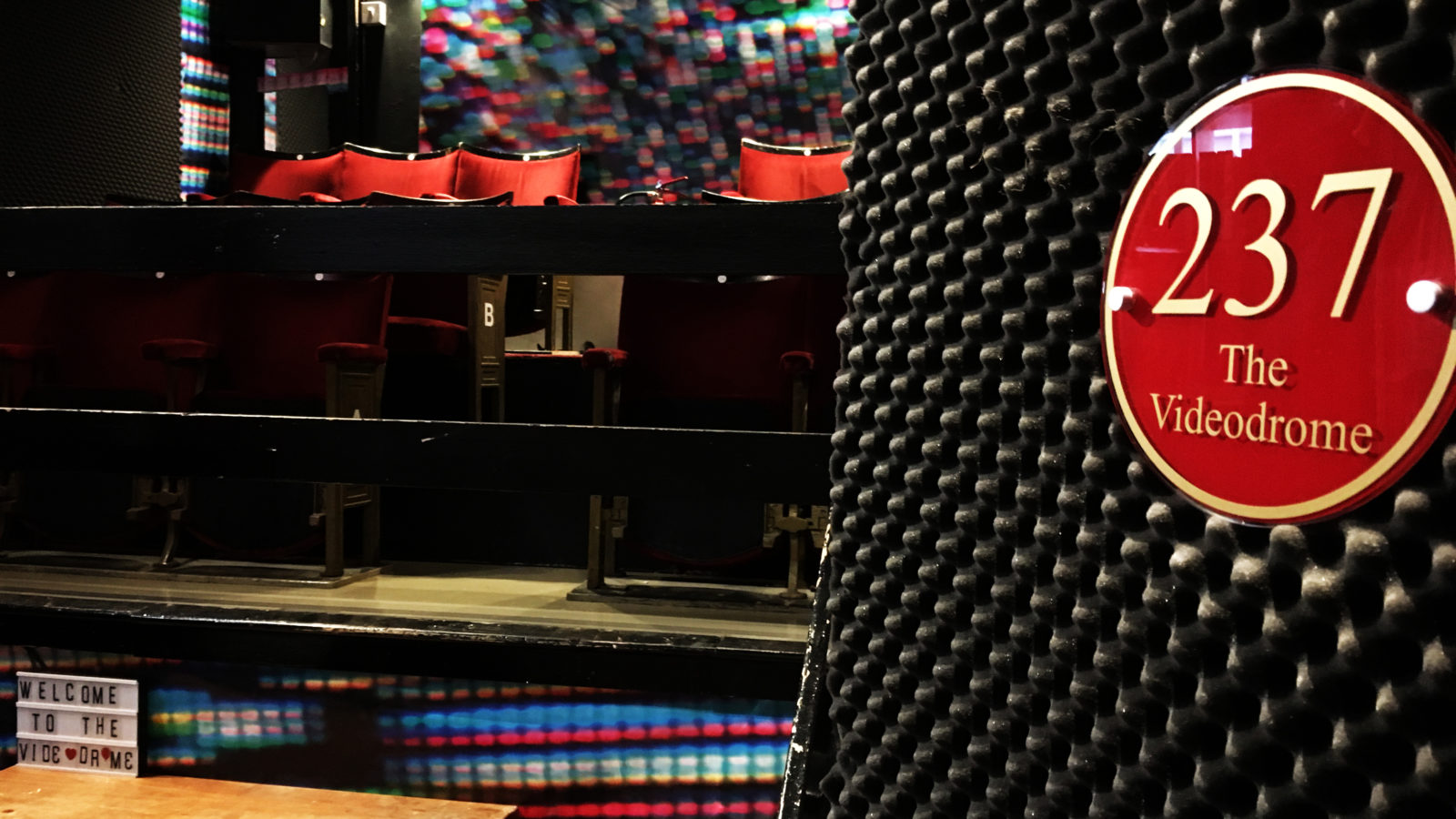 Welcome to Bristol’s newest and, indeed, smallest multiplex cinema. With a total of just 29 seats in two cosy auditoria, each available for hire at very reasonable rates, it’s proving something of a lifesaver for Twentieth Century Flicks – Bristol’s last remaining video rental shop.

First came the tiddly 11-seat Kino cinema in their shop on the Christmas Steps back in 2015. Now, after months of hard graft, it’s been joined by the larger 18-seat Videodrome in room 237 (geddit, Shining fans?).

If you’ve got £100 to spare and a bunch of like-minded chums with whom you’d like to share any film plucked from the shop’s bulging shelves, it’s all yours for a couple of hours. That’s a little more than a fiver each, and you can send out for beer and pizza. Little wonder both cinemas are being booked up so rapidly.

The brand spanking new Videodrome in all its glory

How did all this come about? Well let’s hop into our (Hot Tub) Time Machine and nip back to the 1980s, before those plagues of hipsters began to infest the city, bringing rampant gentrification and house price inflation. Back then, Bristol had plenty of much-loved institutions that old-timers are now apt to get all teary-eyed and nostalgic about, from the Dugout and Granary clubs to George’s bookshop,  Revolver Records and, er, Venue magazine.

But who’d have predicted that one of the few businesses to (just about) survive the march of ‘progress’ and technological obsolescence would be a video shop? 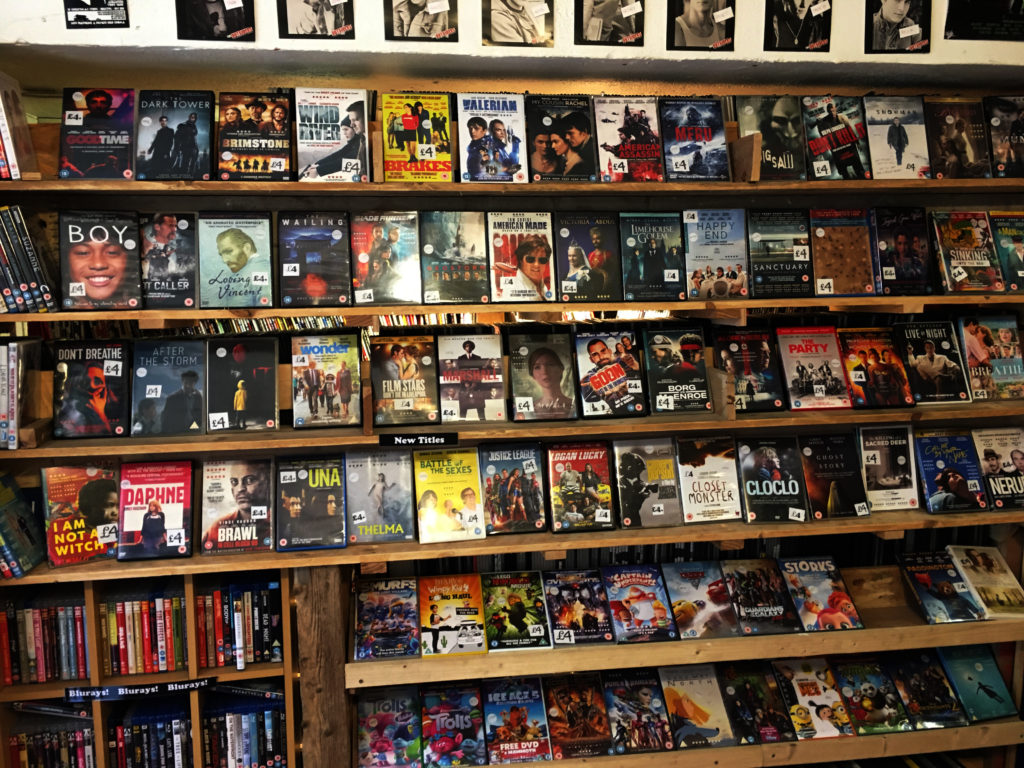 The new titles wall. Not many takers these days.

“Video rental isn’t the future-proof industry that I thought it was going to be when I got into it all those years ago,” says the shop’s co-owner Dave Taylor, with wry understatement. Even when Dave and his  fellow workers bought out the business from its previous proprietor, things were looking decidedly dodgy.

In fact, a perfect storm was brewing. The advent of illegal downloading, LoveFilm and Netflix led to the lucrative student market disappearing overnight. Meanwhile, the rent on the Richmond Terrace shop close to the students union in Clifton that had been Twentieth Century’s Flicks’ home since 1983 more than doubled to £20,000 in ten years. Something had to give.

A successful crowd-funding campaign financed the business’s move to council-owned, rent controlled premises on Christmas Steps. But despite customer loyalty, things were looking pretty precarious. “Some months, we might make £3,000 in total and that has to cover everyone’s wages and all the bills,” says Dave. “A lot of the time we end up putting money in to keep it going over the slow months.” 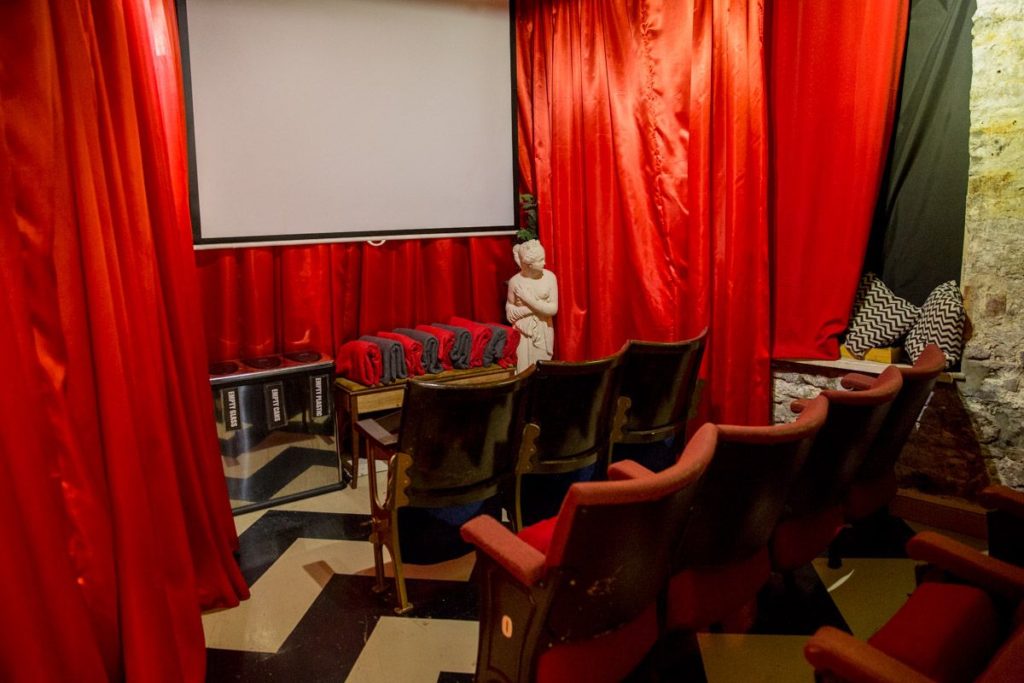 Opening the Kino was a risk, but it proved to be a huge success. In the run-up to Christmas, all slots were booked a month in advance, customers were being turned away, and the cinema now accounts for more than two-thirds of Twentieth Century Flicks’ total earnings.

It attracts all kinds of people, but there are two main types: film clubs (“Generally informal groups of friends – there’s a German film group, a political film group, a martial arts film group, a western group and a group of older guys who come in to watch classic American movies”) and children’s parties.

The latter is explained by the fact that the Kino is a stress-free option for parents worried about taking a rowdy group of nippers to a multiplex cinema. “They don’t get told to shut up and it’s fairly child-proof in there, so they can’t do much damage,” observes Dave, foolishly throwing down the gauntlet.

Plans for the Videodrome were hatched a year ago, but these were accelerated as the DVD rental downturn continued. On a good day, Twentieth Century Flicks might take £100; on a bad day recently, takings amounted to a princely £12. During Bristol24/7’s visit, the shop had just one punter: a happy customer returning a DVD of Troll Hunter (excellent choice, dude!).

Dave laments that most of the people who come in these days just want to see what an old-fashioned video shop looks like or say hello to the cat. To be fair, Poppy is a very nice cat. 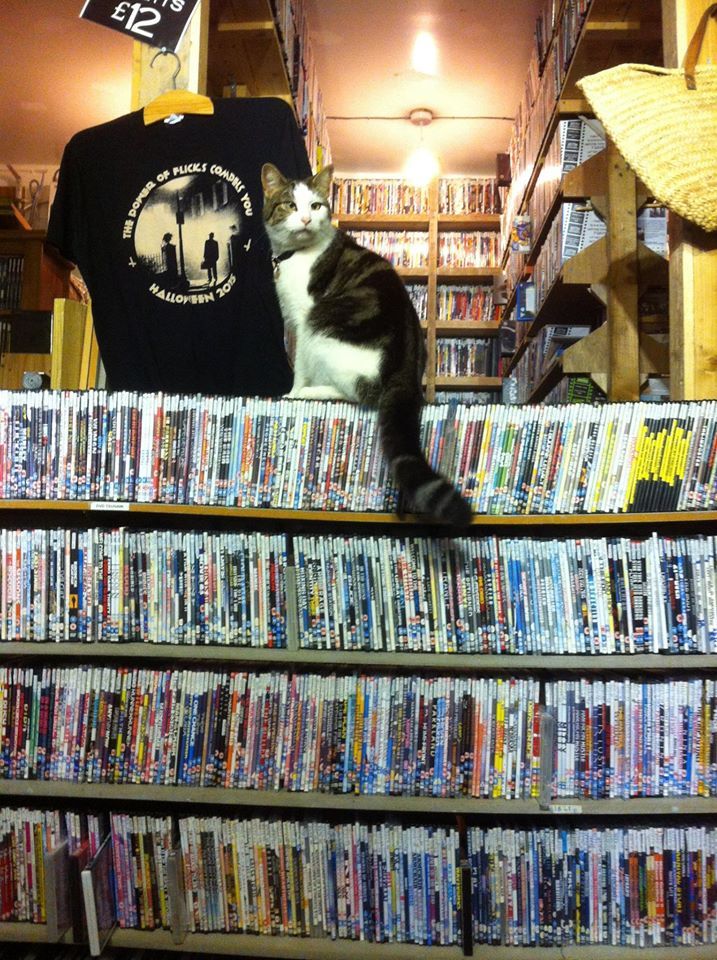 The cat: more popular than the DVDs

With a budget of just £1,200 (including the projector and screen), he called in favours from friends of the shop who include carpenters and electricians. Wood was scavenged to install raked seating and the Hippodrome offered a generous deal on 18 old 1920s seats.

After a lot of intensive seven-day weeks, the Videodrome recently flung open its doors to the public. The very first customer took full advantage of the depth of Twentieth Century Flicks’ vast collection. “He said, ‘I really want to see Star Wars on the big screen with my mates, but I don’t want to watch that shitty special edition.’ We have a really nice version of the theatrical edition, which is actually a rarity now. He was over the moon.” 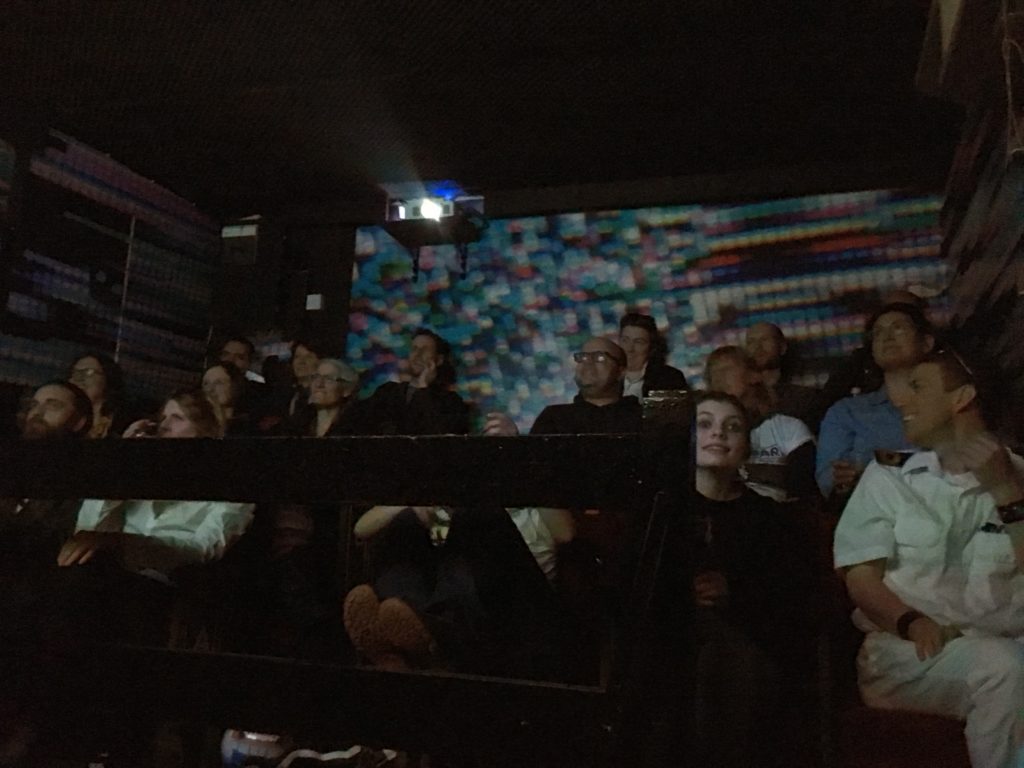 So now Twentieth Century Flicks is a video shop sandwiched between two screening rooms. There are still some tweaks in the offing, notably the installation of a second toilet to forestall customer discomfort during the post-screening stampede. But Dave is confident that the shop has secured its future for a while yet.

“Even if it just takes two bookings a week, that could be the equivalent of a week’s worth of rental takings,” he reasons. “There are lots of things that could make money here. We could sell vaping kits or go into merch sales. But I just love movies. I love watching them. I like talking to people about them. And a video shop should just be about that. I don’t think having these two screening rooms is a compromise.

“Anyway, making money has never been a great strength of this place, even back in the eighties. It’s always been run by feckless people who haven’t done a business GCSE when they really should have done. It keeps going through goodwill on both sides.”

For more information on how to book the Kino or Videodrome and details of available slots, visit www.20thcenturyflicks.co.uk