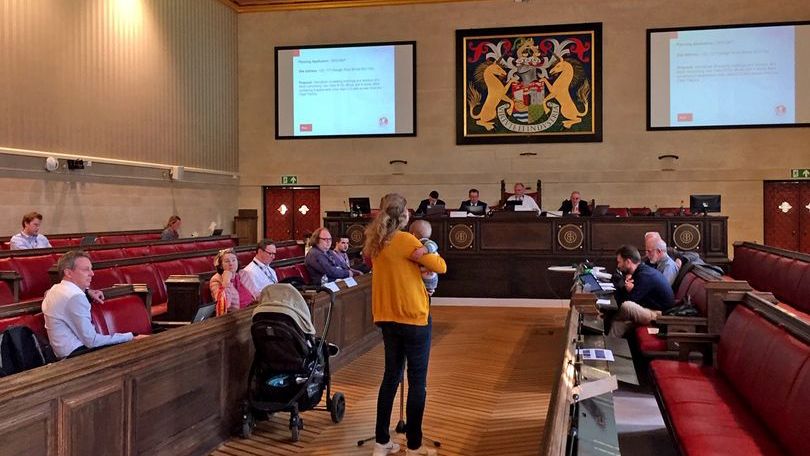 “I hope you are not going to use this article to feed into public myths about ‘lazy councillors’ because I assure you it is very far from the truth.”

Harriet Bradley is a Labour councillor who represents Brislington West and she is a proud of the work that her colleagues across all parties in City Hall do to represent the people of Bristol.

“Many of us are standing down at the end of this term because of the workload and stress,” she said, as an investigation by the Local Democracy Reporting Service reveals that fewer than half of Bristol’s 70 councillors have turned up to every full council meeting this year, according to council records.

Six councillors, four from the Labour group and two Conservatives, have shown up to just three or four of six meetings, the records on Bristol City Council’s website show.

Mayor Marvin Rees admitted earlier this month that “participation” by elected representatives was an issue in Bristol.

He made the observation after six Labour members and an invited cabinet member failed to turn up at a recent committee meeting held to scrutinise council decisions.

Now an investigation into the issue has revealed the difficulties that councillors face trying to do their jobs and the reasons that could see many of them stand down at the end of this term.

A search of the council’s meeting attendance statistics has revealed how common it is for councillors to miss meetings.

But there are questions over the accuracy of the data and top-attending councillors have leapt to the defence of their poorer-performing colleagues, saying that it can be “very difficult” to attend and that some councillors face particularly difficult personal circumstances.

But the member for Westbury-on-Trym and Henleaze is recovering from cancer and her absence has been agreed by the council.

Likewise, Labour councillor Nicola Beech, who the records show has attended four council meetings this year, has a new baby to look after.

The member for St George Central is having to juggle motherhood with her ward member responsibilities and her duties as cabinet member for spatial planning and city design. 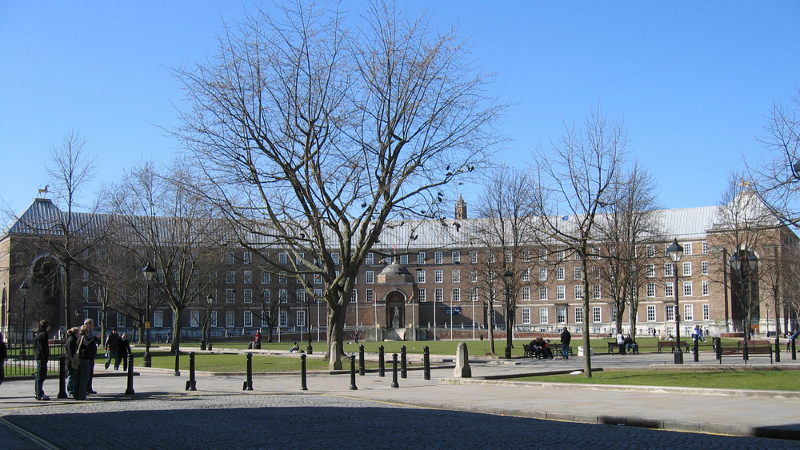 Some of the other four councillors recorded as attending only four full council meetings so far this year – Conservative councillor Steve Jones and Labour’s Craig Cheney, Paul Goggin and Harriet Bradley – also face challenges getting to council meetings.

Cheney, who represents Hillfields and is the deputy mayor for finance, governance and performance, has a young family and both he and his wife work.

Bradley, who represents Brislington West, said she missed a meeting in July because of a long-booked holiday and was unwell for last month’s council meeting.

“I have an ongoing heart condition which sometimes incapacitates me,” she said. “I am not sure that I have missed any others this year, but up till then during my time as a councillor I believe I had not missed any as it is obviously an important commitment.”

She added that she was a member of three committees where she can make “useful contributions”, unlike full council where backbenchers have little chance to participate other than “a minimal role in voting”.

The Local Democracy Reporting Service is yet to hear from Goggin.

Jones did not cite any particular difficulties that he faced getting to meetings, but the member for Stockwood said that he had only missed only one full council meeting “as far as I’m aware”.

His comments were supported by Conservative leader Mark Weston who said he believed one reported absence was a recording error.

The council’s attendance figures are not as “clear cut” as they seem, Weston said.

For example, if a councillor cannot attend a full council meeting on a certain evening, and they miss the hour-long member forum that always precedes it as well, that is counted as two absences.

“If you look at the attendance record, it is artificially low,” he said.

Only three of 70 councillors have attended every single meeting – full council, committee or otherwise – that they have been expected at since January, according to the council’s records.

Councillors are expected to turn up to differing numbers of meetings, depending on which committees they belong to.

The records show that Jones turned up to 44 per cent of his, while Labour’s Hibaq Jama and Lucy Whittle attended 39 per cent and 31 per cent of theirs, respectively.

Like her colleague Beech, Windmill Hill’s Whittle is also a new mother.

Jama, the member for Lawrence Hill, has not responded to the Local Democracy Reporting Service’s requests for comment.

But the three councillors in the 100 per cent attendance club – Conservative member Geoff Gollop, Green leader Eleanor Combley and Labour’s Anna Keen – have been very gracious about their own records of attendance and defensive, by and large, of their poorer-attending colleagues’ reputations.

All three described the difficulty that the council system presented for councillors trying to attend meetings, and the personal challenges that many members faced, citing health issues, family responsibilities and other factors.

“Quite a lot of us do another job as well,” said Keen, who represents Hillfields and is also the cabinet member for education and skills.

And the timing of many meetings do not suit working parents, especially mothers, who still take on the “lion’s share” of childcare responsibilities, she said.

Keen, who has young children and teaches two and a half days a week, made the point that the council was historically a bastion of men, many of them retired, and that many of its systems still reflect that.

“You can claim childcare but it’s complicated,” she said. “It does put some people off being councillors.”

Backbench councillors are expected to go to a lot more meetings than cabinet members, she added.

Keen said: “I genuinely believe that most people do what they can to attend. Most people have generally got a good reason if they can’t make a meeting.

“People that stand for council… sign up for endless hours of voluntary work. It’s quite a lot of work for not much money, it only covers your expenses really.” 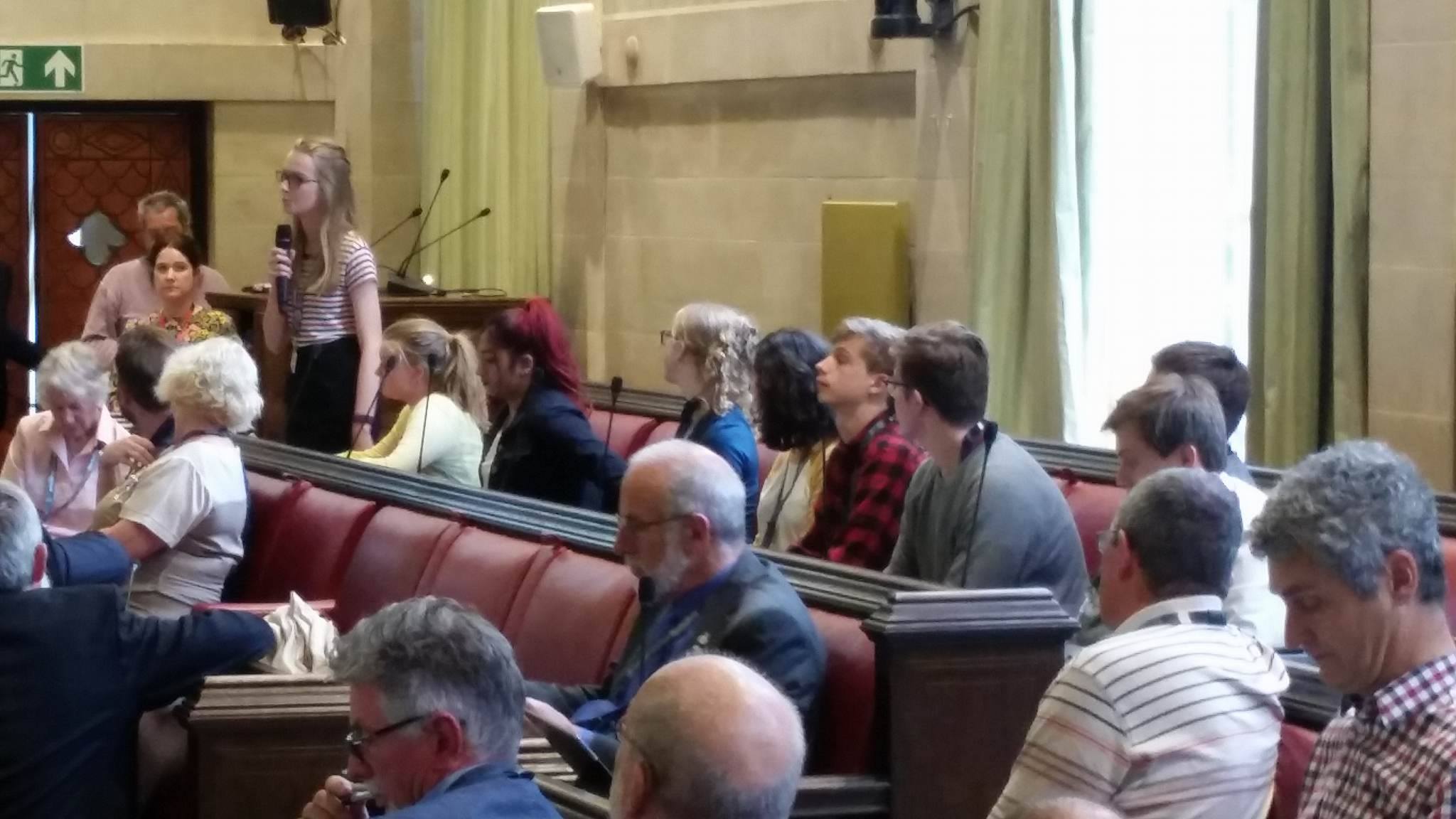 Combley said she was in the “privileged position” where being a councillor was her only job. Her children are in their teens, and her husband’s work and the extra allowance she gets for being the Green group leader makes that possible.

“The difference between 90 and 100 percent [attendance] is more about luck,” the representative for Bishopston & Ashley Down said.

“Having said that, I do think it’s important to attend or to arrange a substitute if you can’t attend yourself because we are paid to do a job and we have been given a mandate by the public and are trusted to do that job.

“Residents in wards depend on their councillors to represent their interests and to stand up for them in City Hall.

“So if a councillor finds they’re just not able to do the job for whatever reason they should think about resigning or at least stepping down at the next election or they might find that voters in those wards make the decision for them.”

Gollop, who represents Westbury-on-Trym and Henleaze, said: “In general, I respect the fact that all councillors are busy people and struggle to fit things in and I wouldn’t make judgements without knowing people’s individual circumstances.

However, he added: “One of the reasons we do this job is to hold the administration to account so, in my view, attending where you can is really important.”

The “beauty” of the council was that its elected members represent different parts of the community, he added.

But that hard-won diversity, a relatively recent feature of the local authority, could be at risk if the pressures on councillors mean that only those without jobs or other responsibilities can cope with the role.

Bradley said being a councillor was a “tough and basically thankless” job.

“The councillor role is very demanding and time-consuming with many evening meetings,” she said. “It impacts very negatively on family life, and the financial rewards for backbenchers are minimal.

“With the cuts in council resources, many tasks formerly done by officers devolve on the councillors.”

The council was asked what it does to encourage and support councillors to attend meetings, and whether there is an attendance level below which councillors are reprimanded, but did not respond in time for publication.