“It was always a dream of mine to own a business on North Street,” says Chitra Tarling, owner of Independent Design Collective in Southville.

Chitra and husband Adam left their jobs in London to relocate to Bristol in 2013. After moving, Chitra launched Karve Design, her own brand specialising in affordable timepiece jewellery crafted from recycled materials. 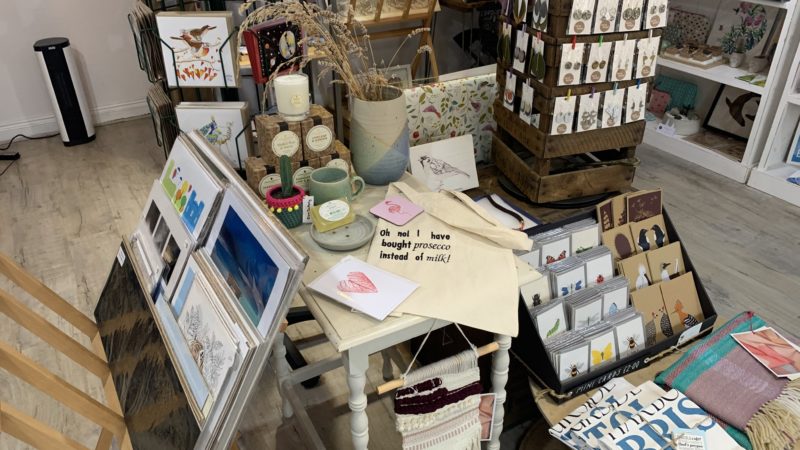 “I made a lot of connections at the markets and met some great artists. There is so much talent, and I wanted to showcase it,” says Chitra.

In 2017, Chitra opened the Independent Design Collective on North Street. The shop acts as a permanent home for her own jewellery, as well as showcasing and selling the work of more than 40 local artists, including Button and Brews, Sue Rees Jewellery and Missycards. 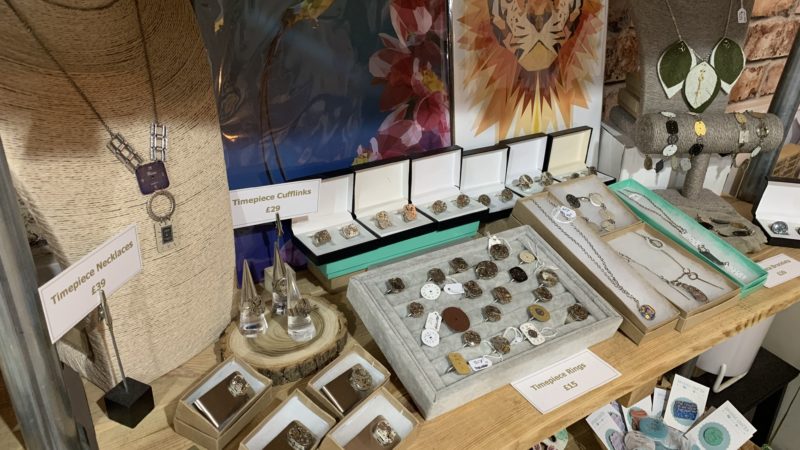 Chitra now has a permanent home for her Karve Designs, which are delicate timepiece jewellery pieces

“It’s great to promote other designers hard work,” adds Chitra. “It’s been really great, we’ve even got a waiting list of artists.”

As well as supporting local creatives, Chitra donates five per cent of her sales to a different charity every six months. Since opening the store, she has donated to The Fertility Foundation and Filton-based Network Counselling.

Chitra has also launched various workshops for members of the community to engage in, including classes by local artists in fusing glass, needle felting and crochet.

A post shared by Independent Design Collective (@independentdesigncollective) on Oct 7, 2018 at 5:06am PDT

Independent Design Collective hopes to continue their collection of artists featured in the shop, as well as being a part of North Street Nights during Christmas 2019.

Chitra adds: “It’s fantastic to be on North Street, since opening we’ve gained repeat customers who are always so complimentary. There’s this great community vibe, I feel that I’ve fulfilled a dream by being here.”

Independent Design Collective can be found at 76 North Street, Bristol, BS3 1HJ and is open 10am-6pm, Tuesday-Saturday. For more information and to book workshops visit www.independentdesigncollective.com